Ubisoft, one of the largest game companies in the world, is known for publishing world-renowned mobile games such as Assassin's Creed Rebellion, South Park Phone Destroyer, Mighty Quest For an Epic Loot and the Hungry Brand.

Headquartered in France, the company has 26 studios spread across 18 countries and has been expanding its presence in the mobile hyper-casual market. In an effort to fulfill their mobile games ad inventory and maximize yield, Ubisoft partners with multiple mediation platforms and ad networks, generating vast amounts of data. To ensure that every ad impression is sold at the best possible price, the monetization team needs to make sense of all this data.

Ron Thomas, General Manager of App Annie Analytics, sat down with Alexis Rosa, ad monetization specialist at Ubisoft mobile games, to learn how App Annie Ascend is helping them leverage ad monetization data. Below you will find their conversation. Please note that the interview has been edited for length and clarity.

Ron: Can you tell us a little bit what was your world like before you started using App Annie Ascend to aggregate data from your ad monetization stack? Why was it so complicated to make sense of all this data?

Alexis: My world before App Annie Ascend was quite gloomy. I was managing around four to six titles ad waterfalls, while ensuring our gaming studios had pristine ad integration and configuration. Using three different mediations and 10+ ad networks with various game engines was quite a challenge.

But the real challenge was building an efficient waterfall for all the titles, with updated CPMs that were manually updated most of the time. Back then, we were lacking BI bandwidth to collect and store data automatically. This means that I basically needed to download CSVs files on a daily basis.

Untangling the insane amount of data was the very first step but there were many more before even starting to use our data efficiently!

All my time was sucked by creating new Excel sheets. It was really hard to have a good insight of what our portfolio looked like when my day was filled out taking notes and updating CPMs on a daily basis. Not even taking into consideration the reporting needs, ad hoc studies, and A/B testing etc..

Not to mention this [!manual!] process leaves a lot of room for error! You have to copy/paste tons of CSVs and make sure your data is not duplicated or lost. It could take several days, even weeks, to find an issue coming from a specific CSV. And then you need to deal with the ad networks adjustments that might change the way they report results. So it's just very troublesome.

Ron: So what is your world like today with App Annie Ascend?

Alexis: My world before and after are like night and day. Using multiple tools that have different spectrum of usage can be great. Besides App Annie Ascend, I rely on our very talented BI team.

I gained efficiency and was able to accelerate my optimization process. Besides, now anyone at Ubisoft has easy access to the data and can quickly understand what's happening in our games, in terms of ad revenue.

I would say that: 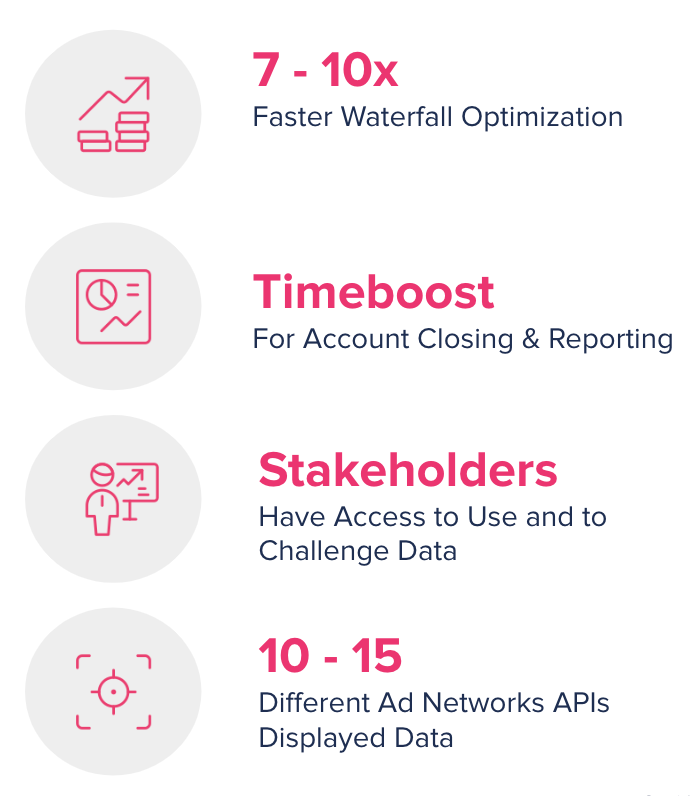 Having more time to set up A/B tests and aggregate data means our ad ops were more proactive and easier to set up. It was reassuring for game teams that usually see ads as a blackbox to be able to independently gather their own report and data checks,. That led to getting involved in the ad business – which is a great challenge in itself.

App Annie: So as you optimize your waterfall and try to dig through the best app performance, what are some of those things that you can do today with App Annie Ascend App Annie that you were unable to do before?

To win in mobile you need data. Obviously you want to know everything that's happening in your game. With App Annie Ascend, I gained agility, transparency and granularity. I was able to look at different cohorts of users from different games, platforms, ad types, and I could compare frequency for each type of ads, CPMs and other results across games.

Everything became more transparent. So let alone the optimization stuff that was already way more easy and accurate as I could do it on a daily basis instead of doing it monthly, it became easier to try to find new ways to create value out of our games and out of our audience.

Ron: Can you share some tips on how to choose the right monetization partners? And how to organize an ad stack for optimal revenue?

Alexis: The ideal ad stack is supposedly built to:

Looking for a perfect ad stack really depends on what you prioritize and the goal you set in terms of ARPDAU / ARPD. ROI and clean UX are clear priorities to me thus I don’t advocate for multiplying ad networks, or complex ad systems, until I have guarantees that it will be ROI positive and won’t add any friction.

My advice is not to put all your eggs in one basket with just a couple of providers, but making sure to listen to data and being opportunistic when it comes to sealing new partnerships (new features, etc.).

Alexis: Back then, ad networks and mediation platforms were seen as black boxes, and automated systems were very scary. Everyone wanted to get access to transparent yield management systems. The big drawback was that it was very painful to set up, somehow hard to understand and master, and almost impossible to process data without dedicated resources.

Relying on ads was mostly the business of low IAP monetization apps (such as hypercasual or news app) so a pretty “niche” field of expertise in the gaming and publishing industry.

Nowadays, everyone is asking for more automation which is somehow funny because transparency has probably been a key word for the past 5 years. Also more and more titles are adding ad monetization on top of IAP loops in the revenue mix. It’s becoming pretty uncommon for apps to not use any adverts while it was pretty much the opposite 5 years ago.

Another big revolution was the advent of rewarded video ads, that was driven by the democratization of 5 to 30sec video ads on most media (YouTube, Facebook, Instagram, etc.) and fit really well with mobile gaming as a whole.

Publishers and app developers are screaming for innovation and clean products, while ad networks or big advertising structures kind of struggle to deliver or fully apprehend market opportunities, like real time bidding.

Ron: What is the biggest challenge publishers face to monetize games? What are the things you need to keep in mind at all times?

Alexis: Monetization is part of a various scheme of priorities (acquisition, retention, virality, stability) and when designing a product it’s very tempting to “backlog” it. Nobody wants to design ads. As game developers, we want to program universes, systems, levels, but not necessarily call backs and pre-caching features. Thus it can be pushed until its becoming obviously necessary (ie when money becomes an issue).

Well for ads it can be even worse unless the game relies heavily on it (and yet, it can still be overlooked!). One of my mottos is to always try to start working on ads before it's necessary, which means in early production stage. Having a raw idea of where ads are going to be played, at which frequency, for which users already solve in advance UX issues and might help designing better UX and have a better game.

We have even seen some good results tweaking ad button design and such, it’s really central in the development process! And at last, even when considering mainly IAP models, having an idea of how to balance ads is helpful while adding them on top of an already strong core loop is way more touchy.

Making sure that we can benefit from our best resources on ad integration is the best way to succeed not only tech-wise but also UX-wise. This can go a long way for succeeding in mobile gaming. 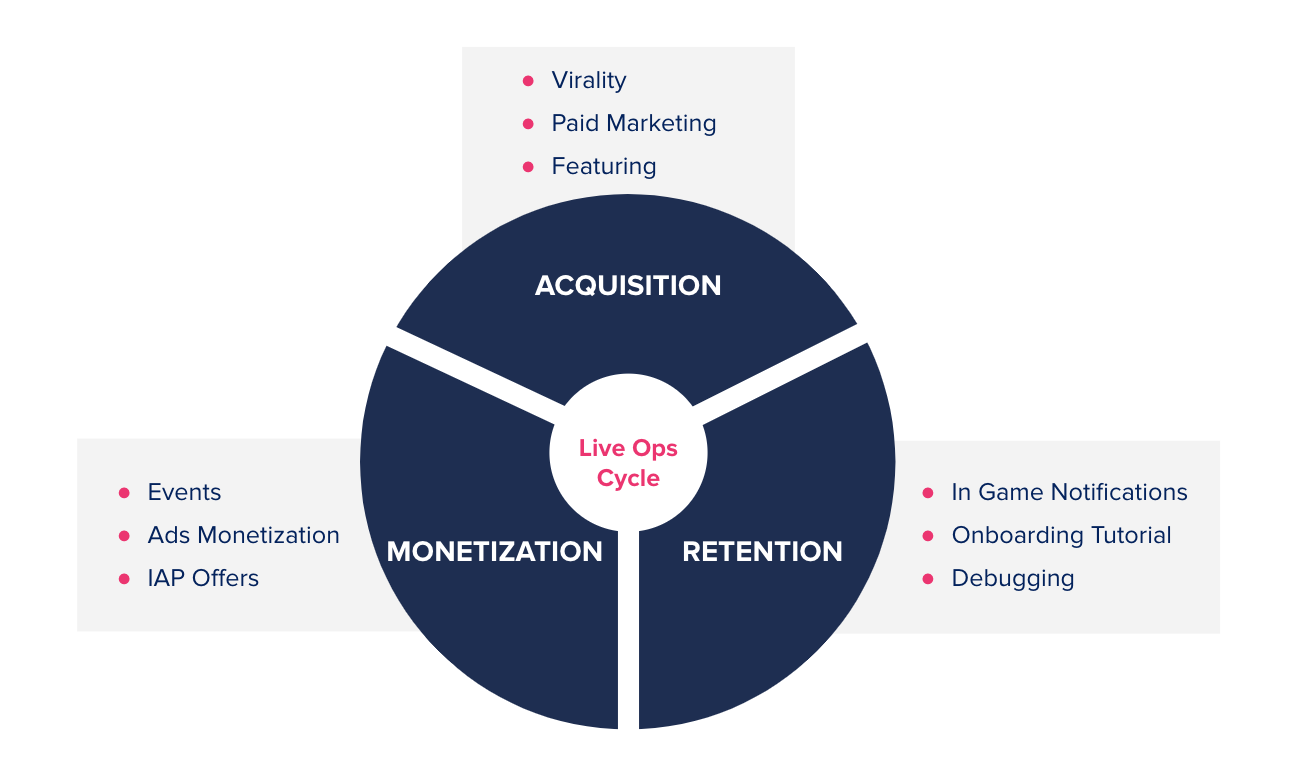 Ron: Where do you think the market is evolving?

Alexis: In terms of monetization, it’s pretty clear that genres are mixing together, and most core games are trying a more casual approach, while adding ads to improve LTV. On the other side of the spectrum, hyper-casual publishers tend to start relying more on IAPs and live ops to ensure they don't leave money on the table. The good thing is that both trends give more visibility to ad monetization and lead to success stories like Archero.

Gamification is key in the app business and I am really happy to be part of the gaming industry for leading this kind of innovation. I’ve started to notice news websites using rewarded videos, which is really interesting. This format will certainly spread quite fast in other verticals given its perfect tradeoff for the user. Having an interstitial in the middle of an article, what a pesky ad! Watching an ad in exchange for reading/watching part two? Fair enough!

Learn more about App Annie Ascend and request a 14-day free trial below.