The name of your app plays a part in amount of organic installs and therefore revenue potential. The wrong name can harm your app success potential in multiple markets. A great app name not only helps with your App Store Optimization (ASO), but creates the foundation for your entire app brand. While you can increase conversion rates by continually improving most of your app’s screenshots, icons and keywords, first you need a finely crafted app name.

Your app’s name is extremely important for your ASO strategy. It can build emotional connection to your brand name and act as your secret weapon against competitors. In this post, we’ll shine light on app names, detailing how to pick a great one, localization tips and pitfalls.

Great app names — and this is particularly true for apps that haven’t built a strong brand to lean on yet — tell what the app does right away. For example, Snapchat conveys “snapping” photos and using them to “chat” with other people. Lyft and Waze give English-speaking users an idea of each app’s function – getting a lift in a car and finding the best way around traffic, respectively.

The main lesson? Be clever, but also be clear. When users have a sense of what your app does, you have a better chance of converting their impressions into installs. 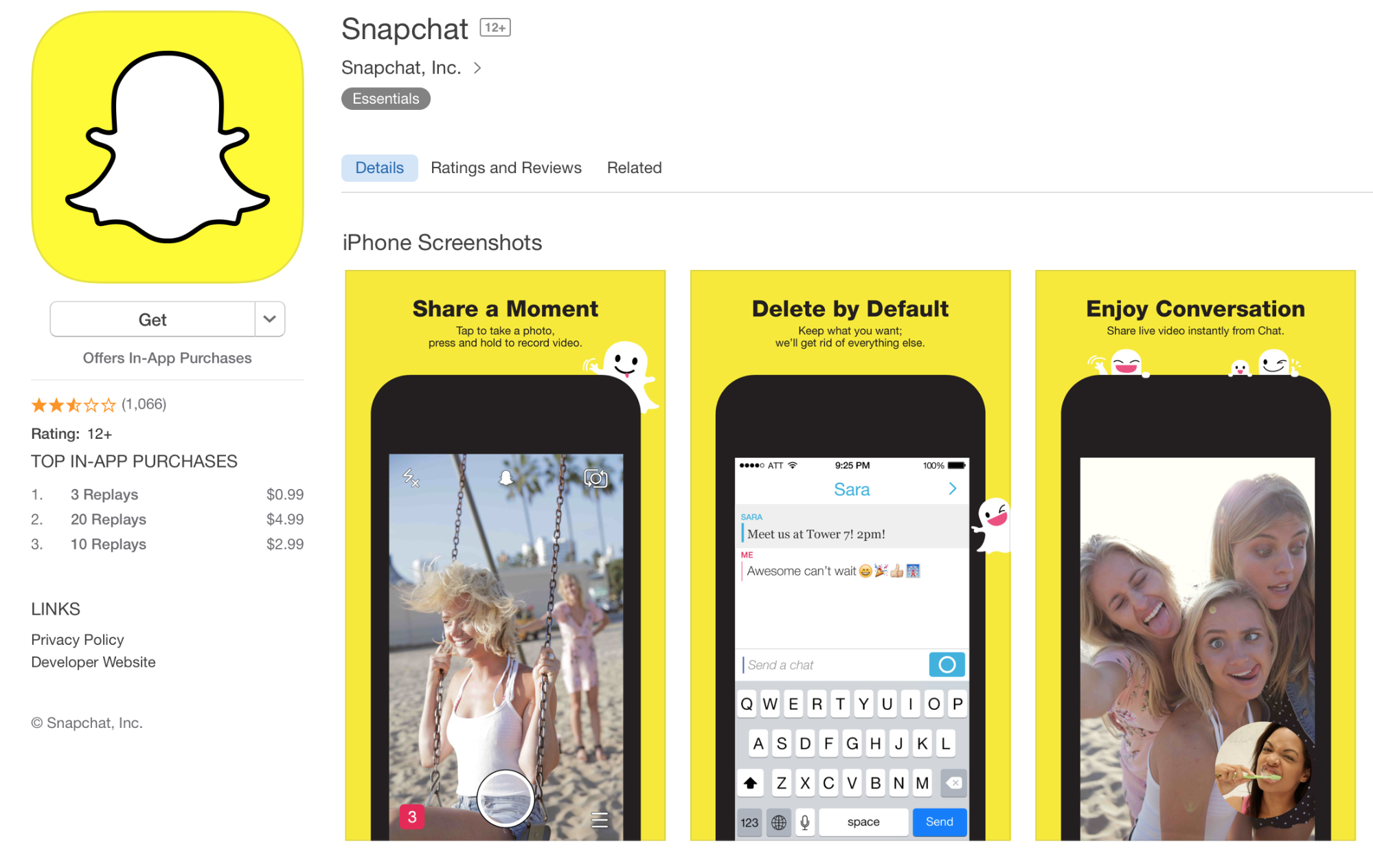 Snapchat’s name is succinct and conveys the app’s key functions: snapping photos and chatting with other users.

The instant brand recognition behind app names like Snapchat, Lyft and Waze have increased the chance of navigational searches for future users: exact search terms rather than broader categorial searches for “social apps,” “rideshares” or “traffic.” This mitigates the likelihood of a competitor snagging users and increases the possibility a higher quantity of downloads.

Once you come up with a great app name, it should stand on its own. It shouldn’t take up valuable real estate in app store screenshots, your app icon, or description.

Get More Users With a Global Name

Once your soft launch is successful, it may come time for a global launch. Both Apple and Google have documentation on localizing apps into the 100+ languages available on each app store (Apple’s Localization Guide, Google’s Localization Checklist).

Snapchat, Lyft and Waze are all great names for American English-speaking markets, but their meanings can get lost in translation. Slang and colloquialisms can play a part in misconstruing your app’s core values. For example, users from countries influenced more by British English than American English might assume Lyft is an app involving elevators, rather than a rideshare service.

Most importantly, check that your app name is not offensive in a language you could potentially translate into down the road. It will completely tarnish your brand if your great English name is an unmarketable “false friend” in Chinese or Spanish.

For example, let’s say you’re localizing your “gift-giving” app into German.That audience may assume your brand is about poisoning others (as shown in the image below). Consider researching a new (or language-appropriate) app name when there is a risk of branding issues.

“Gift” apps will have a bad connotation in German-speaking countries.

Aside from translating your app name, keep in mind other alphabets. Japan, China, South Korea and Russia are all major global markets that you may want to target when localizing your app name. Recognize that different writing systems will alter your app name length, which may result in truncation on the app store. 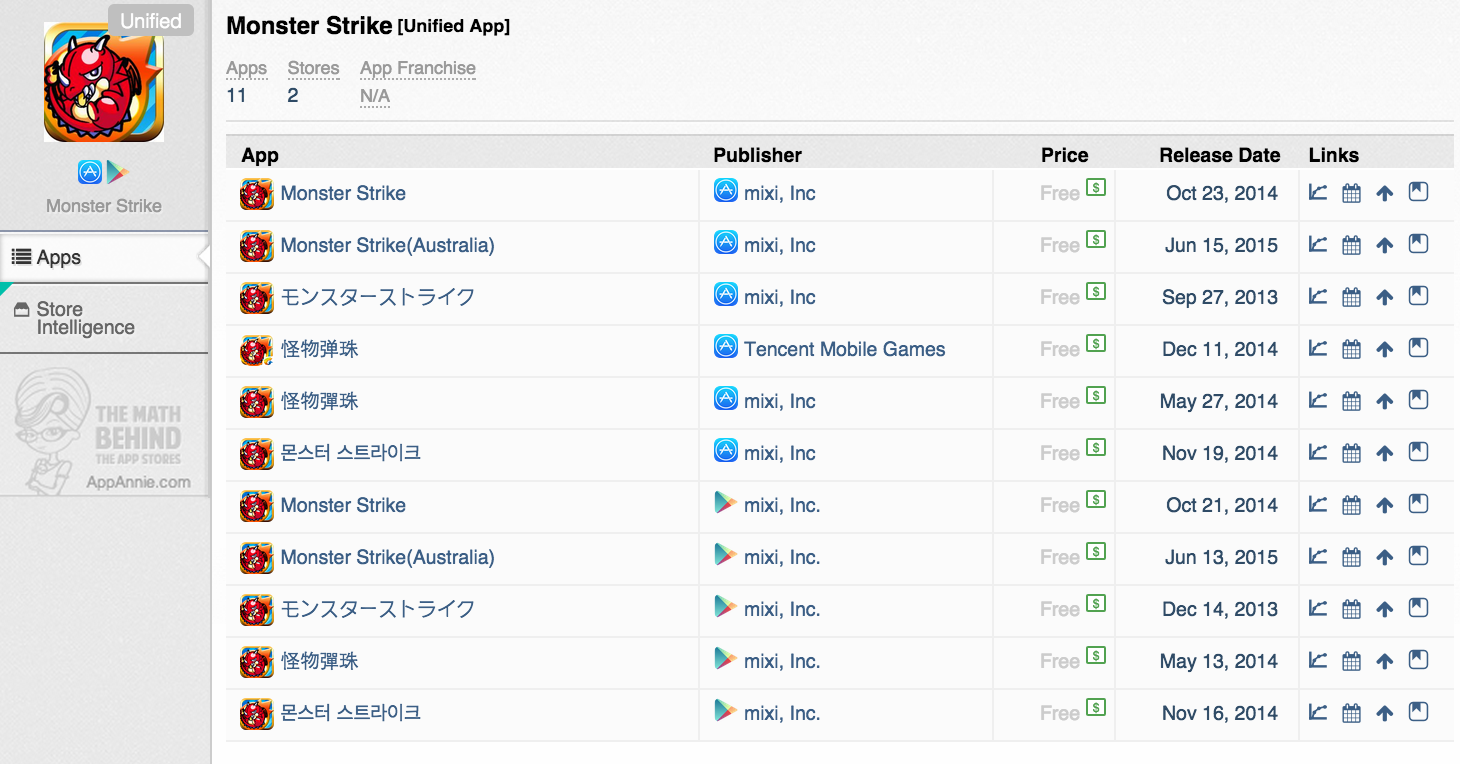 Monster Strike only has four characters in hanzi, but that number increases when translated to hangul, katakana and the Roman alphabet. This impacts where your app name cuts off on each store.

Putting It All Together

Your app name is extremely powerful and has far-reaching influence on your app’s performance. Choosing your name strategically can affect where you appear in search results — or if you appear at all. It can put you above competitors, associate you with popular apps you’d like to be seen beside, and much more. Your name isn’t just important for ASO — it can lay the foundation for your entire brand.

Below is a recap of our tips to entice your users to install your app:

ASO is a deep and extensive topic, and we’re far from finished. Subscribe to our blog for more how-to’s and guides, plus data-backed reports that can give you the data you need to make decisions for your app business.

Now that you have a solid foundation, you’re ready to find the most enticing app name for your target users. Next time, we’ll cover ASO best practices and A/B testing methods for app names.