Ishai Smadja from King’s Experimentation team sat down with App Annie to discuss his recently published article on using data to model player preferences, and how this impacts creativity and long-term success within King’s game development teams.

Mobile is the leading gaming platform globally. This has been a huge opportunity for developers, but has also brought intense competition. Ensuring your game stands out from the more than a million alternatives is an ever growing challenge for game designers.

Time and again we’ve seen how a comprehensive understanding of the market, and especially of players’ preferences, gives gaming companies an edge. In many ways the effective use of data has become a hallmark of leading companies in the gaming industry.

“At King, we’re committed to make the most out of the data that’s available, by being data-informed rather than data-driven when creating new games, and never compromising creativity.”

With this in mind we interviewed Ishai Smadja, Product Manager from King’s Experimentation Group — undisputed masters when it comes to using data to drive the mobile gaming industry forward.

Ishai recently published an article outlining his creation of a network analysis, using affinity to simulate gravity between different game audiences. This model is being used by King to better understand player preferences in order to guide the development of new blockbuster games. 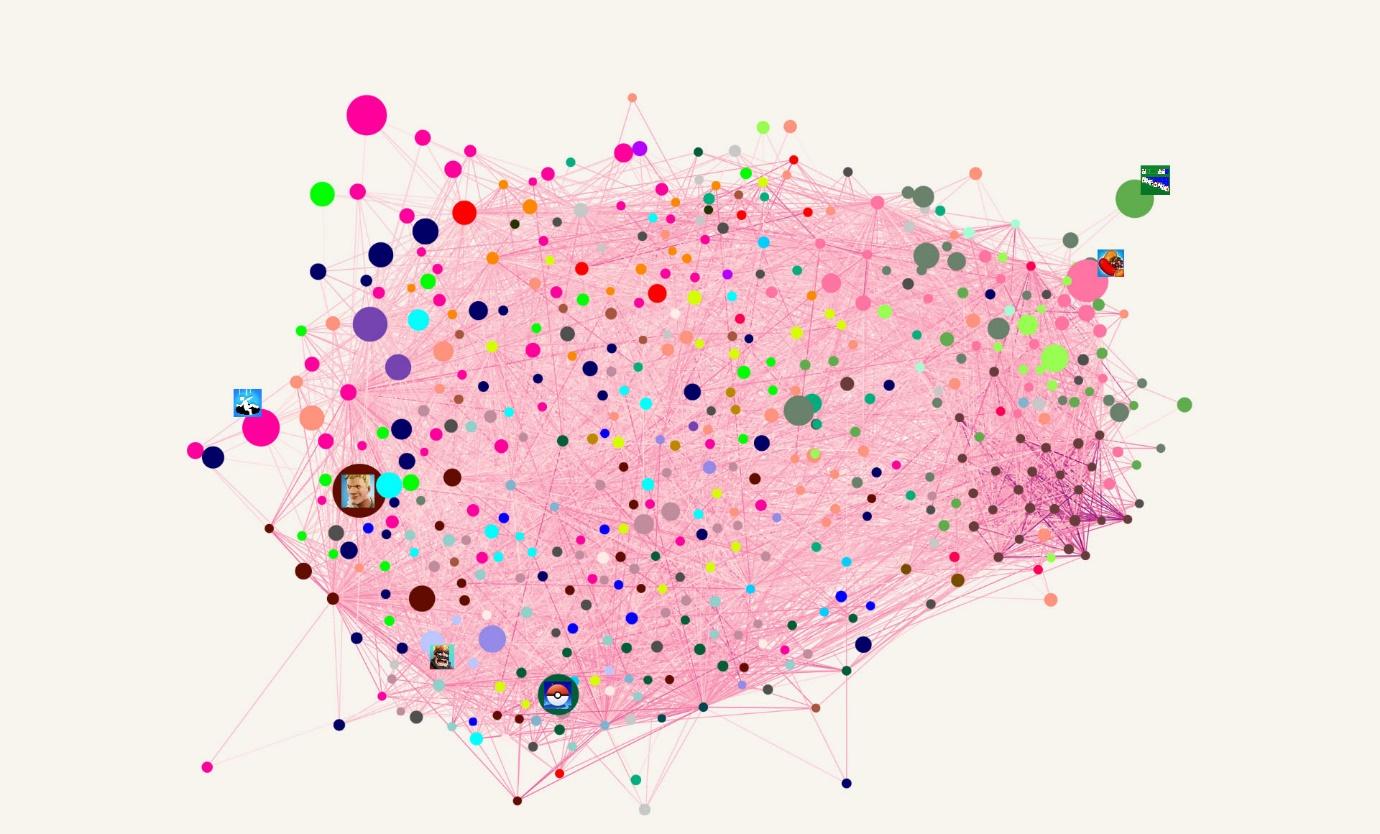 For more information on Ishai’s analysis, see his post on Medium

We asked Ishai about how he went about building this model, how it’s helped King, and how he’s continually striving to learn what makes players tick.

What was your motivation for creating the model?

Primarily we wanted the model to help our teams find new ideas for games.

Games within a single genre don’t necessarily meet all of the needs of their players. For example, they could want a deeper narrative in their Puzzle games or more ‘completion’ (targets and achievements) in their racing games. These needs could be well satisfied in other games the same players play.

This suggests there’s an opportunity to create hybrid games, incorporating gameplay and design elements from across genres. However, to create successful hybrids it’s key to understand players’ preferences and which features from other genres will truly improve their experience.

App Annie’s Cross-app Usage data gave us the opportunity to better understand these preference crossovers. The data allowed us to see where the audience overlap between two games was unusually high, over indexing against the market as a whole.  We assumed that if there tends to be high audience overlap between games in two different genres then players have a preference for features across those two genres.

However, creating a mental map of the affinity between multiple games is pretty tough — it’s hard to keep it all in your head. Instead, we decided to actually build the map!

Which data sets, techniques and software did you use?

The model predominantly used App Annie's Intelligence data, combining metrics such as monthly active users and cross app usage (audience overlap) to give us a complete picture of the gaming market — even for games outside of our own portfolio.

It was also important to ensure games were accurately classified into genres with similar gameplay features (e.g., puzzle games) as sometimes assigned store subcategories don’t accurately reflect gameplay. This was done by the team at King.

To model the relationships between the games within these genres we then used Gephi, an open source network analysis tool. Finally Sigma, a javascript application, was used to convert these analyses into interactive visualizations that are usable by other teams at King. This is the output you’re seeing in the charts from my recent post.

What’s been the impact? How has the model subsequently been used by King?

“Ishai's model offers an entirely unique way to look at player motivations on mobile. The model can guide a game team in the right direction right to the very core of the user experience.”

The model’s been heavily used by prototyping teams to draw inspiration for new types of games, and new gameplay features that existing players would enjoy.

We’ve also been able to use historical data to explore how major events in the mobile gaming market impacted the wider gaming market. This helps us better plan for future market shifts.

The model has also been used by our Performance Marketing team, who have been experimenting with it to maximize advertising ROI. By targeting ads in genres not typically associated with King’s games, but where affinity between the player bases is high, they are able to ensure that their ads are reaching a receptive audience.

What do you think the broader gaming industry should be considering, but isn’t, when it comes to using data?

Developers should be using data to understand what their players’ preferences really are. It’s easy to assume our preferences as designers (a largely homogeneous group) are the same as those of the wider market. However, often this is not the case.

The industry has made moves to consciously broaden the appeal of games, but often this is restricted to taking audience demographics into account. For example,”this is a game for males in the 16-24 age bracket” or “this is a game for females aged 45+” etc. However, from my experience, demographics are often less predictive of player preference than you might expect.

There are so many different preference combinations among players — for different gameplay features, different art styles, different times of day to play, etc. — and often these don’t align with set demographic groups.

However, there’s so much data available now, and we have been working with App Annie for several years. Game designers can be using that data to better understand the needs of different players and to create games that better meet them. At King, we’re committed to make the most out of the data that’s available, by being data informed rather than data driven when creating new games, and never compromising creativity.

The Experimentation Group at King is tasked with thinking about innovation, challenging the norm and finding new opportunities. The model we created identified the connections between games in different genres but not the reasons for these connections.

Subsequently we’ve been studying the more qualitative drivers of gameplay preference for players in different genres and how well served they are by existing games within that genre. This is helping us understand which specific gameplay styles are driving high audience overlap between some genres.

Longer term we want to expand beyond just looking at gameplay, and to also understand how art design and other features impact play preference.

For more information on how Ishai is using data to better understand the gaming market, follow him on Medium. If you’re interested in looking into some of the data behind the mobile market yourself, sign up for App Annie’s free product here and get started today: