A Year in Review: Mobile Highlights of 2018

Mobile had its biggest year to date in 2018. We took a look at preliminary data to illustrate the key highlights of the year.

As we close the books on 2018, we look back on how mobile has continued to transform our world — for consumers and businesses alike.

Using preliminary data through December 15, 2018, we predict that global downloads across iOS and Google Play will surpass 113 billion in 2018, up 10% from 2017. Consumer spend is predicted to have grown even faster at 20% year over year to surpass $76 billion globally. This is fueled by growing consumer spend in mobile games — the most popular and profitable gaming format — as well as ever-increasing revenue from in-app subscriptions in non-gaming apps.

The Most Popular and Profitable Games and Apps of 2018

2018 has been another transformative year for mobile. We've seen the rise of social video, hyper-casual games top the charts, battle royale gaming take over the world and electric scooters becoming a popular mode of transportation. New genres and categories continue to emerge on mobile, bringing new apps and new opportunities. 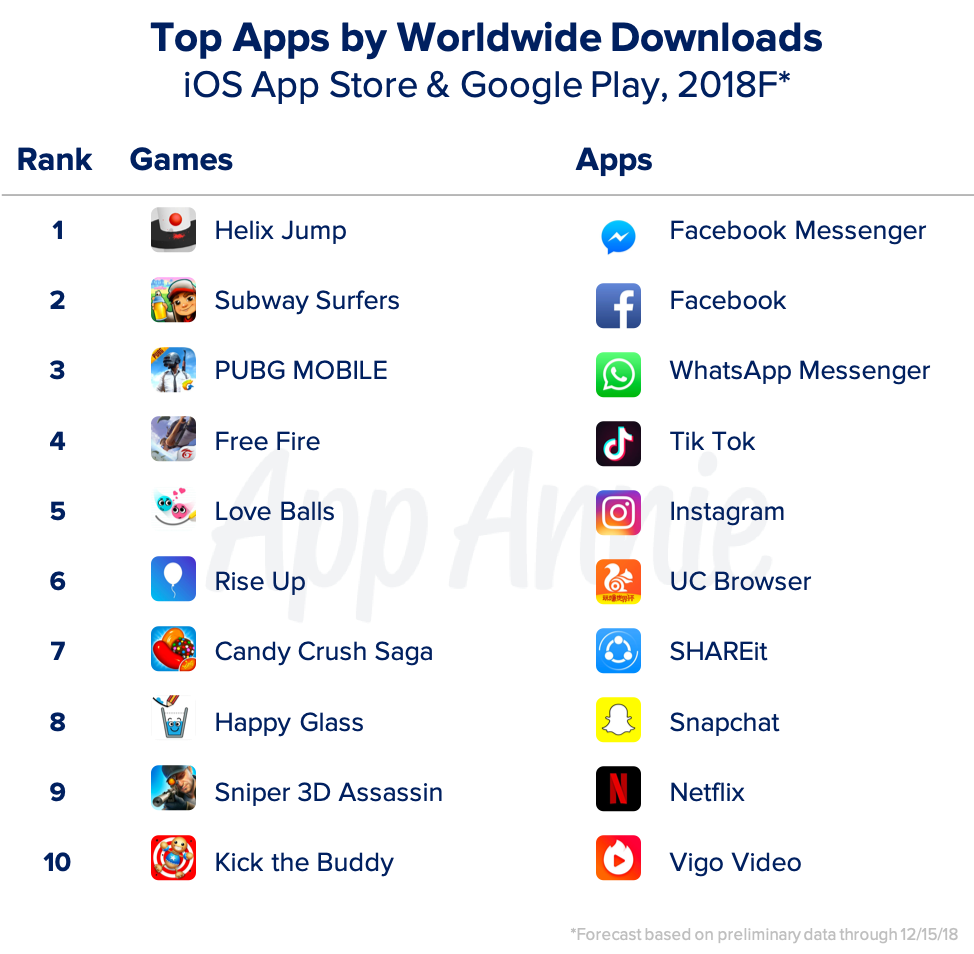 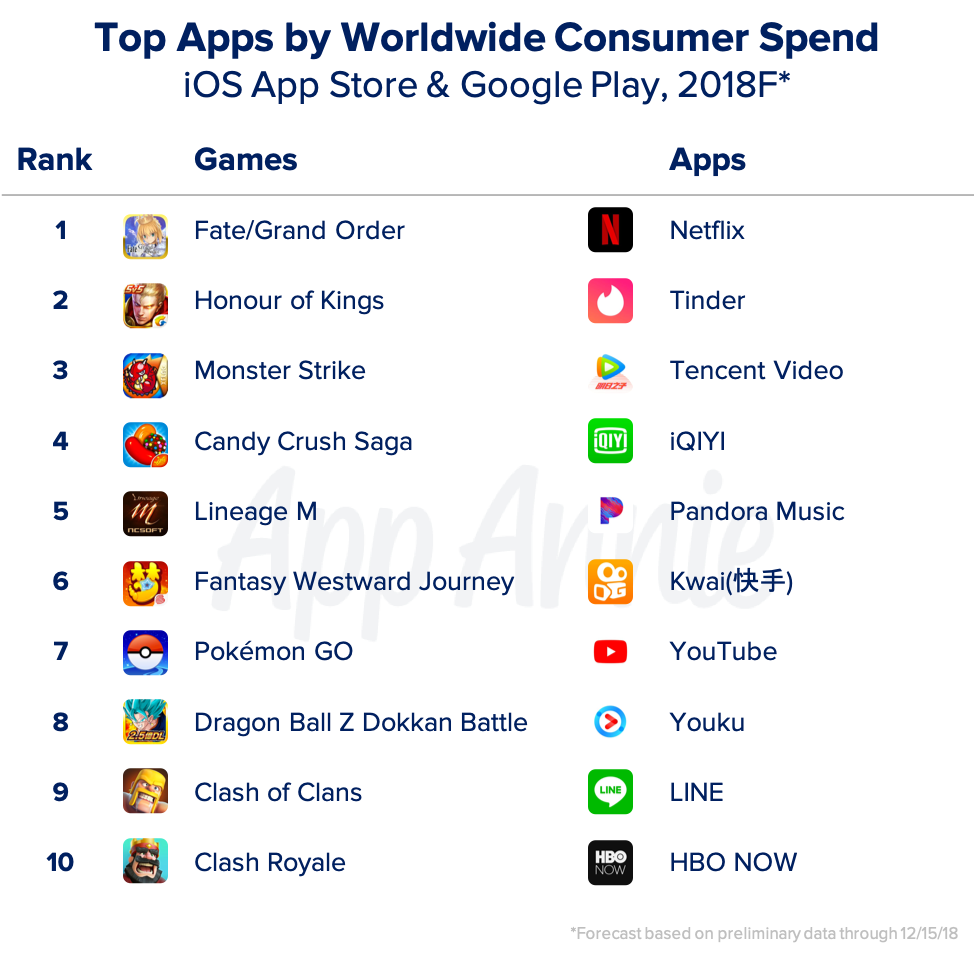 To access in-depth analysis on these trends and more, pre-register to be one of the first to receive App Annie’s State of Mobile in 2019 — the industry’s leading mobile insights report — upon release in January 2019: