App Annie and IDC Present a New Report — Games and Hollywood: The Perks and Pitfalls of Transmedia Development

App Annie is pleased to announce the release of a new in-depth report focused on the gaming and entertainment industry. The new report titled, “Games & Hollywood: The Perks & Pitfalls of Transmedia Development,” was created in partnership with the International Data Corporation (IDC) and examines the rise of cross-channel entertainment and the ever-evolving relationship between mobile, games and movies. This report will also be presented at E3 2014, at a special panel discussion hosted by App Annie on June 12. 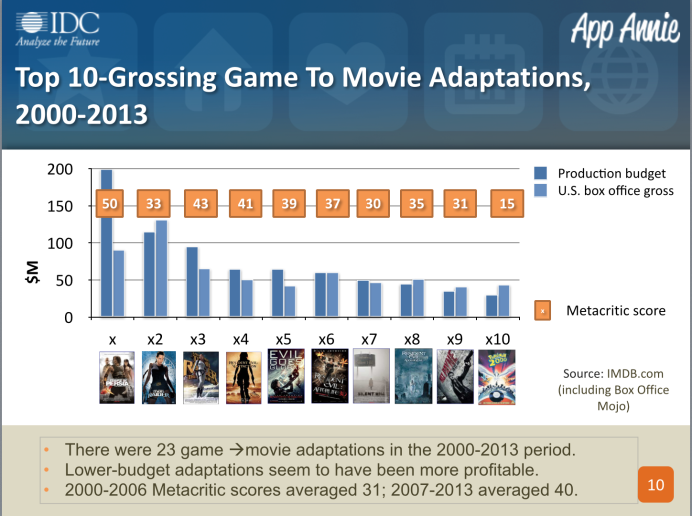 The report will include key information, such as the Top 10 Grossing Game-to-Movie Adaptations over a 14-year period.

Here are some of the key learning readers will gain after downloading the report:

This is just a sample of the rich information readers will get when they download the new App Annie and IDC report.

For more worldwide app market reports, conference updates and product releases, check out the rest of our blog. Share your questions and comments below or on Twitter and Facebook. Want to perform your own analysis? Create a free App Annie Store Stats account today.