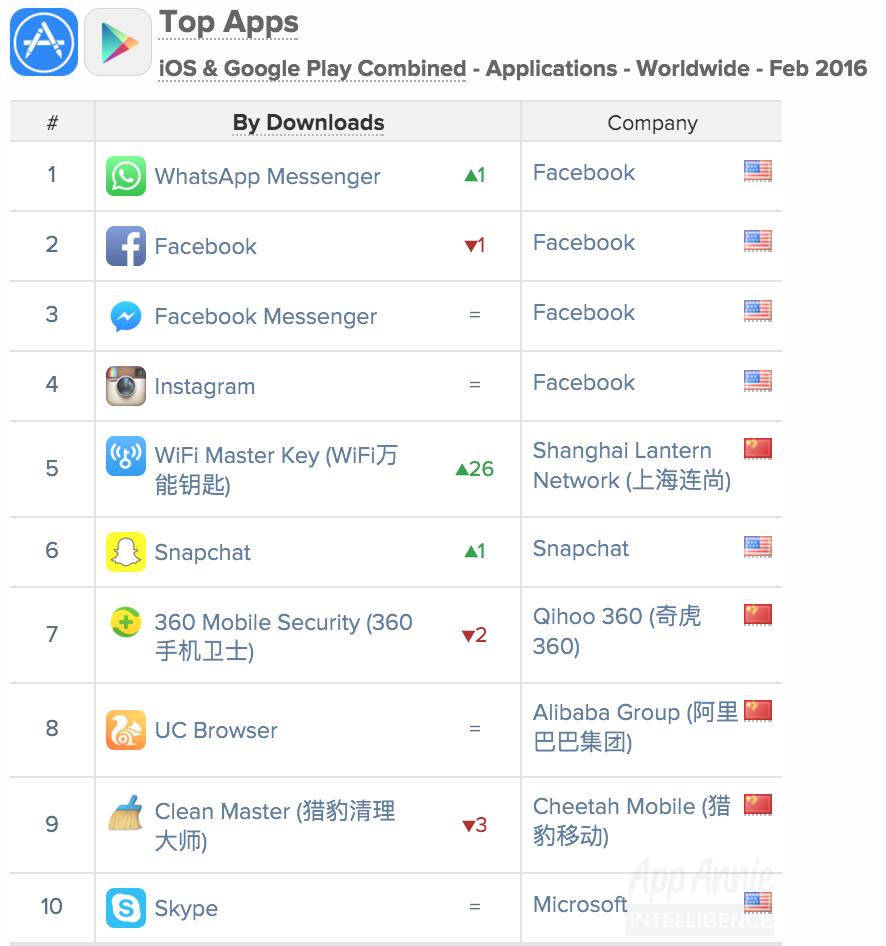 Mobile data prices are continually declining, yet everybody still loves free Wi-Fi. Consumers will often choose restaurants or cafes based on whether they can get online, despite the increase in information gathering activities by venue operators through cumbersome Wi-Fi management portals.

An increasingly popular app called WiFi Master Key aims to alter this behavior. The app allows users to crowdsource login credentials for Wi-Fi hotspots. In February, it surged to #5 in the global top 10 by downloads on iOS and Google Play combined. 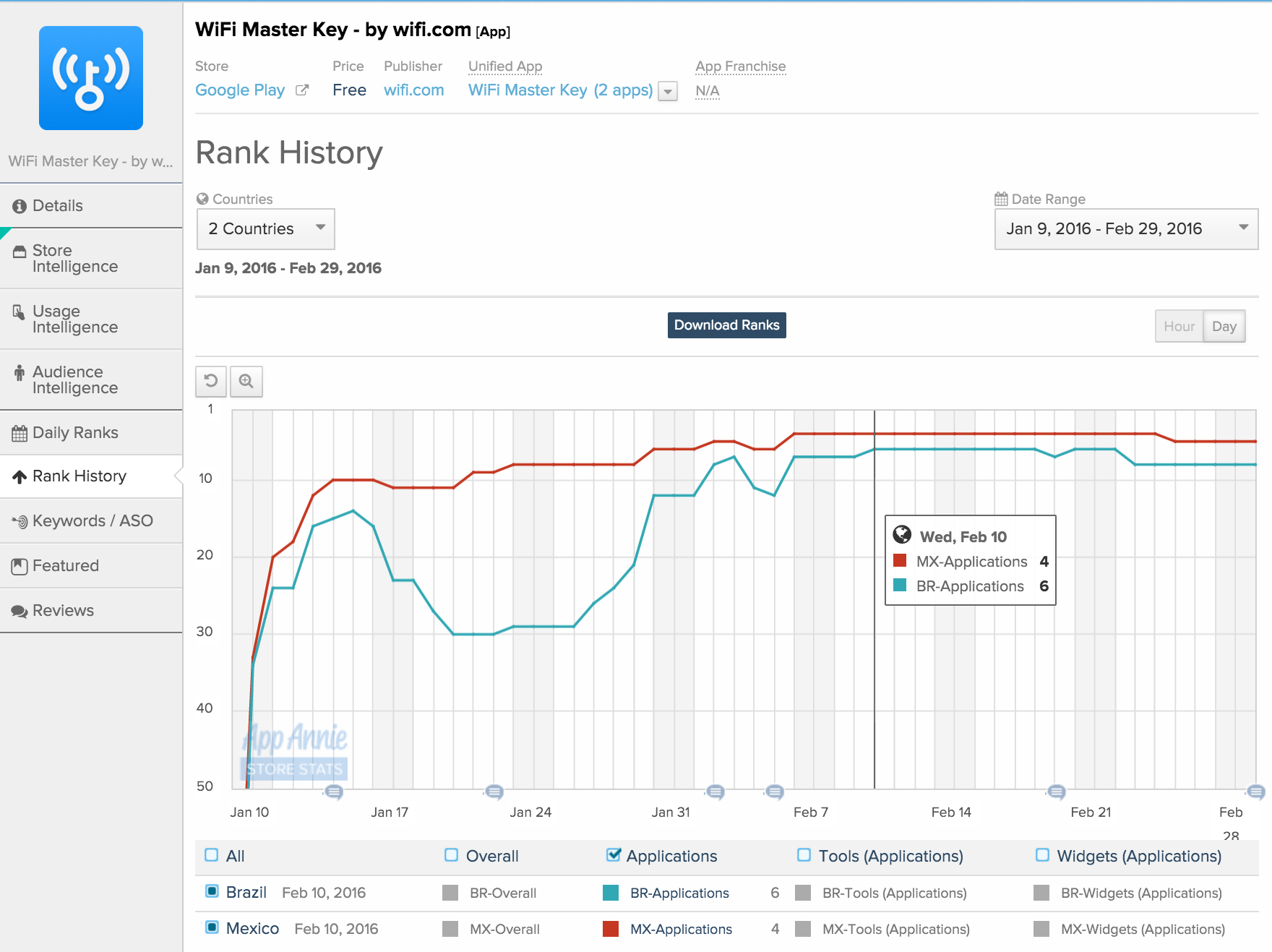 The concept of Wi-Fi sharing is not new. In 2009, Free, a French telecommunications company set up a large Wi-Fi community within their customer network. WiFi Master Key, however has leveraged the ubiquity of mobile to operate on a much grander scale.

We reached out to Li Lei, Co-Founder and President of WiFi Master Key, who spoke to us about their app. “WiFi Master Key founder, Chen Danian, once mentioned that globalization is a natural trait of Sharing Economy, and the more internationalized a Sharing Economy is, the more vital it becomes. With this belief, WiFi Master Key actively expands its global footprint after achieving a substantial user base in China. In just six months since the official overseas launch, WiFi Master Key has seen rapid growth across 223 countries. Moving forward, WiFi Master Key will continue to focus on providing better free Internet services for users worldwide.”

The app has been a scorching success in numerous mature and developing countries, performing particularly well in Brazil and Mexico where it remained in the top 10 by downloads on Google Play from February 6 to February 29.

Having set up a regional headquarters in Singapore last year, WiFi Master Key is primed for further success in emerging markets where mobile connectivity remains unstable, and sharing apps are wholeheartedly embraced.

iQIYI Stays Ahead in the Subscriber Acquisition Race 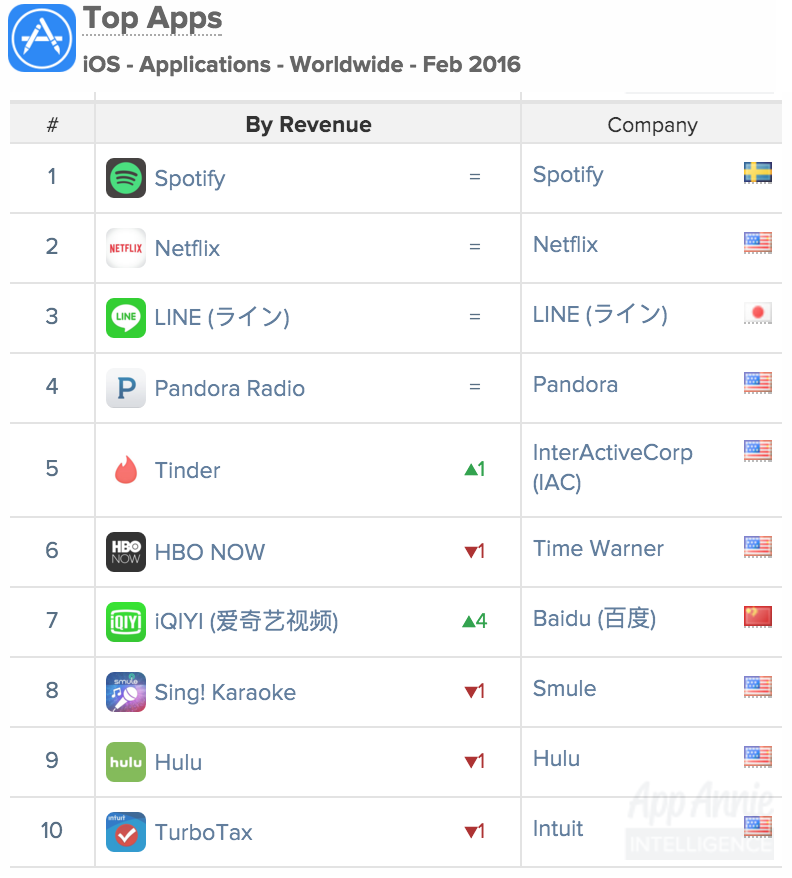 In our October Apps Index, we wrote about iQIYI’s deals with Paramount Pictures, Lionsgate and NBCUniversal. In February 2016 they inked a new agreement with 20th Century Fox, further cementing the importance of the Chinese video streaming market to major Hollywood studios. The deal expands on the existing agreement between the two companies and increases content options for iQIYI’s Chinese subscribers.

In a hotly contested market that includes Tencent Video, Sohu TV and LeEco, the ability to deliver highly popular content is critical to maintaining a strong paid subscriber base. Besides expanding its provision of big-name TV shows from the United States, iQIYI is also focused on increasing its regional content offerings. Its exclusive hit Korean show, Descendants of the Sun, has been a massive success in China since it began airing this year.

Descendants of the Sun has been a major success for iQIYI in China.

There may be a link between exclusive access to hit shows and subscriber acquisition for Chinese video streaming apps, as another show, “The Legend of Mi Yue”, drove high viewership for Tencent Video and LeEco during its run. Therefore, we can expect Chinese players to continue striving for top content across the globe. 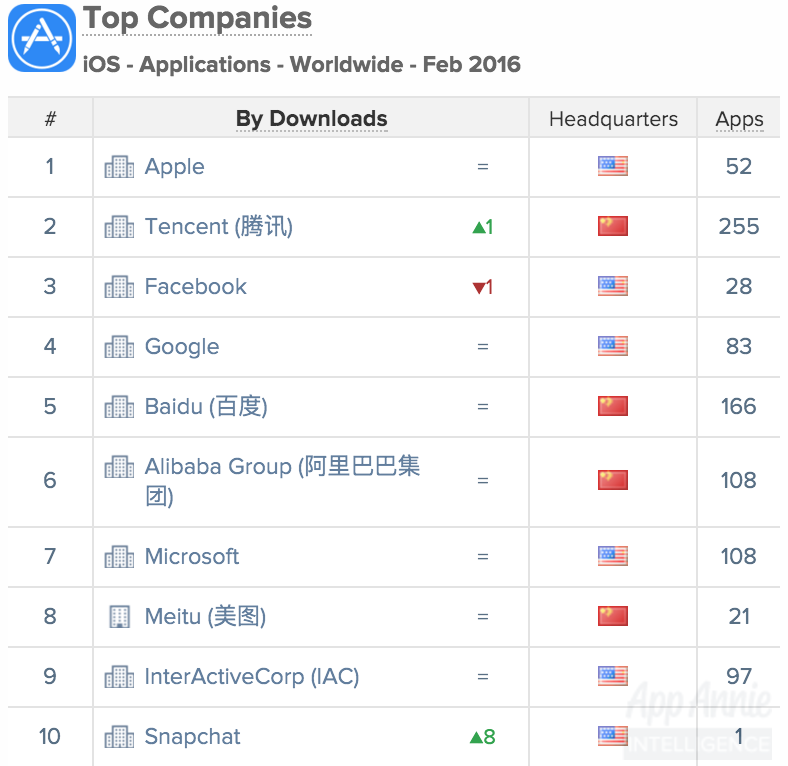 In today’s crowded mobile messaging market, innovation makes all the difference between success and failure. Snapchat initially stood out by providing ephemeral photo and video-based messages but has continued to improve its offering via strategic acquisitions and feature set expansion. Snapchat’s momentum helped it to break into the top 10 companies by worldwide iOS downloads in February 2016.

The secret to Snapchat’s success? Building a stronghold in the mobile video space has certainly helped. Daily video views on Snapchat grew from two billion in May 2015 to seven billion by the end of the year. As that number continues to rise, Snapchat can challenge Facebook, which had over eight billion video views during Q3 2015, despite having 15 times more active users. Facebook has also recognised the need to own the video space and recently bought video filter app MSQRD to expand its own video editing features.

Snapchat’s highly engaged young audience is another success factor, as young people clearly spend the most time on messaging apps. This ensures it will remain a highly desirable advertising platform, and with fresh funding of $175 million raised, Snapchat is on track to excel throughout this year. 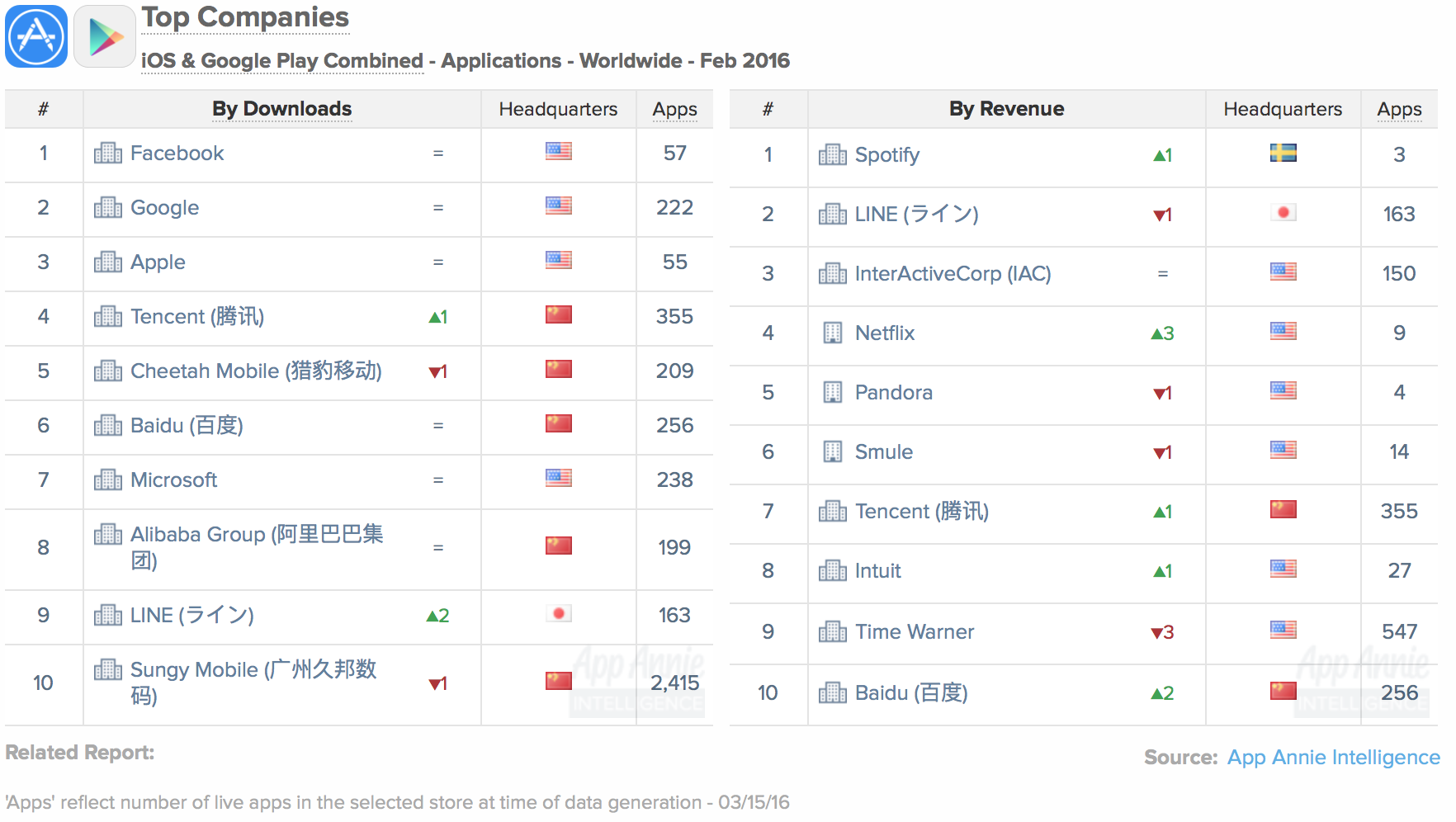 For the complete list of February’s top apps and app publishers around the world, click the chart above.