Tinder Treads New Ground as it Climbs the Revenue Ranks 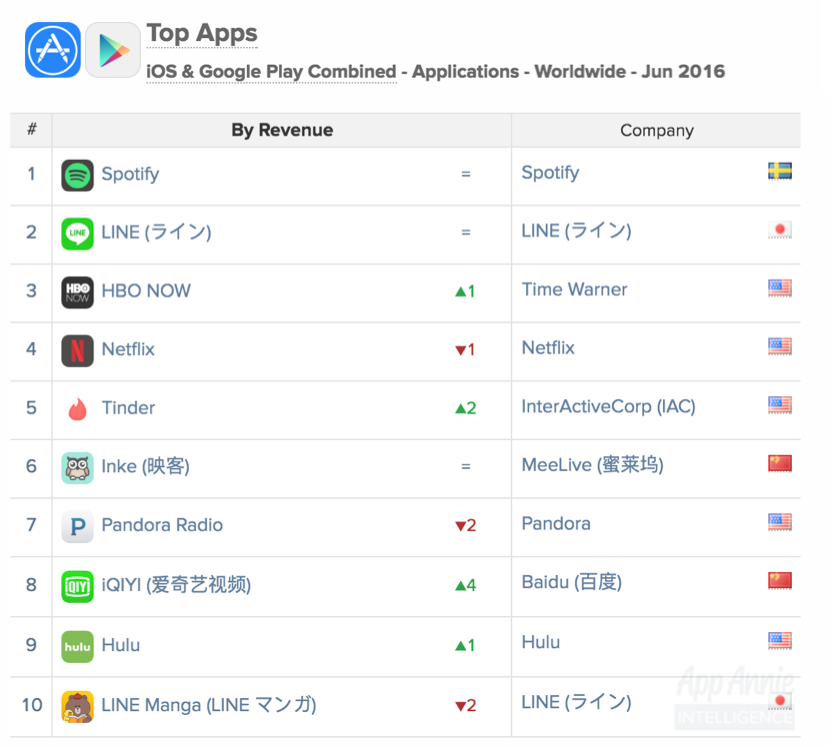 Tinder climbed the revenue ranks this month, and is now in the top five apps for combined Google Play and iOS revenue worldwide. This places it comfortably as the highest-grossing dating app in the world.

Engagement with Tinder remains high, especially with younger users. In June, it was the most-used app in the Lifestyle category on iPhone in the 13–24 year old demographic in the US, with Bumble listed as the only other dating app in the top five. This is especially impressive for an app reserved for those aged 18+ — it’s competing against apps that serve the entire demographic range. 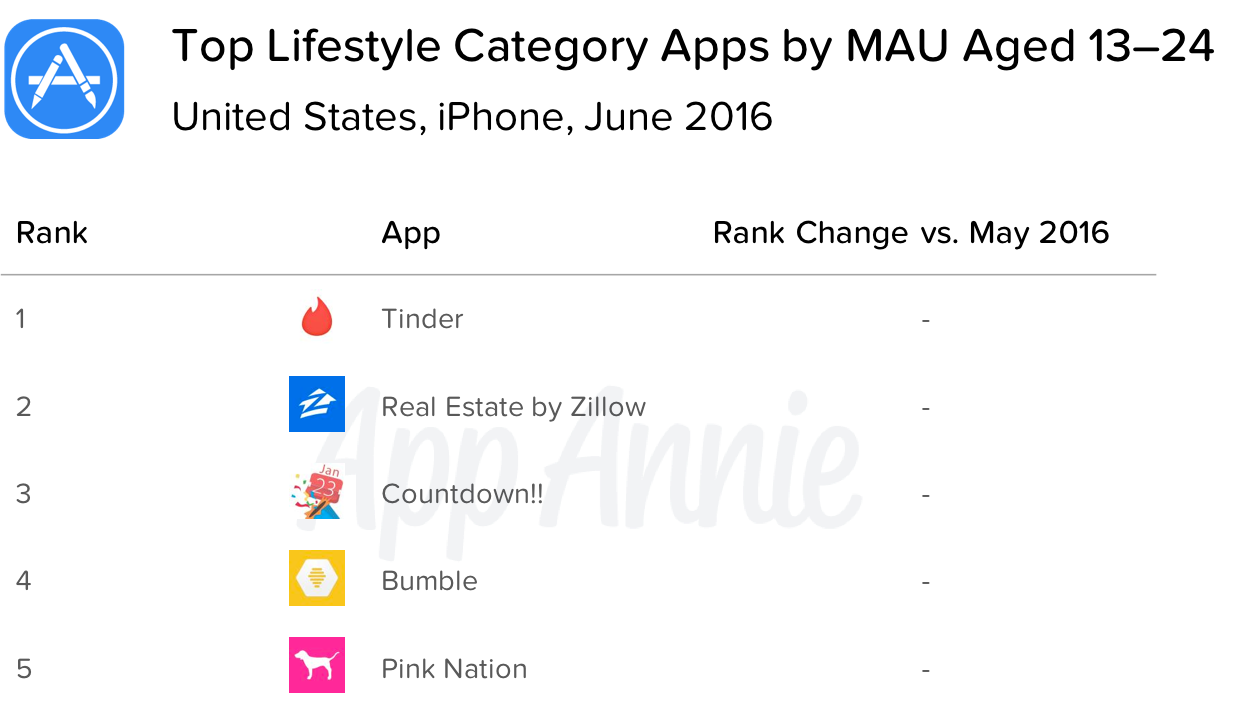 Tinder is the most-used Lifestyle app within the 13–24 year-old demographic on iPhone in the US.

Tinder recently announced a number of new initiatives, features and policies aimed to further cement its dominant position. Showing its commitment to building engagement outside of the core dating proposition, Tinder brought back its Swipe the Vote feature — previously used in the US Presidential primaries — ahead of the UK’s Brexit referendum. The service tests voters’ political knowledge and prompts them to register to vote. Continuing this move toward incorporating non-dating services, Tinder Social was recently launched following initial testing in Australia. This new feature allows groups of friends to schedule a night out and meet other groups with similar interests. Finally, the brand recently announced plans to make the app more friendly for transgender users, and also to block users under 18 from the service. 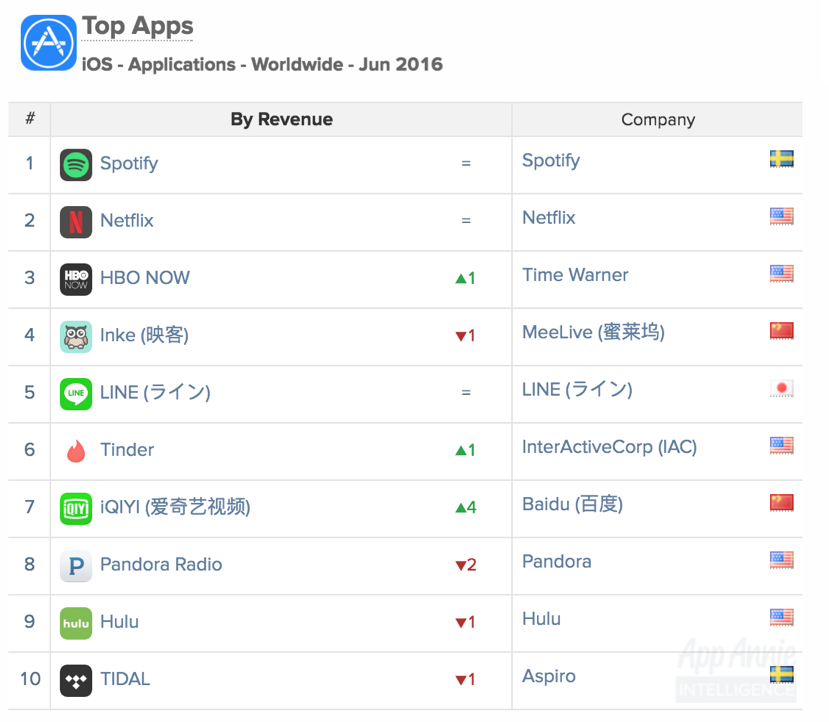 Chinese video streaming app iQIYI re-entered the top 10 iOS apps for revenue this month, which also helped publisher Baidu climb the worldwide company revenue charts. This jump was almost entirely driven by China, where iQIYI has been steadily climbing the iPhone grossing charts since the end of April. 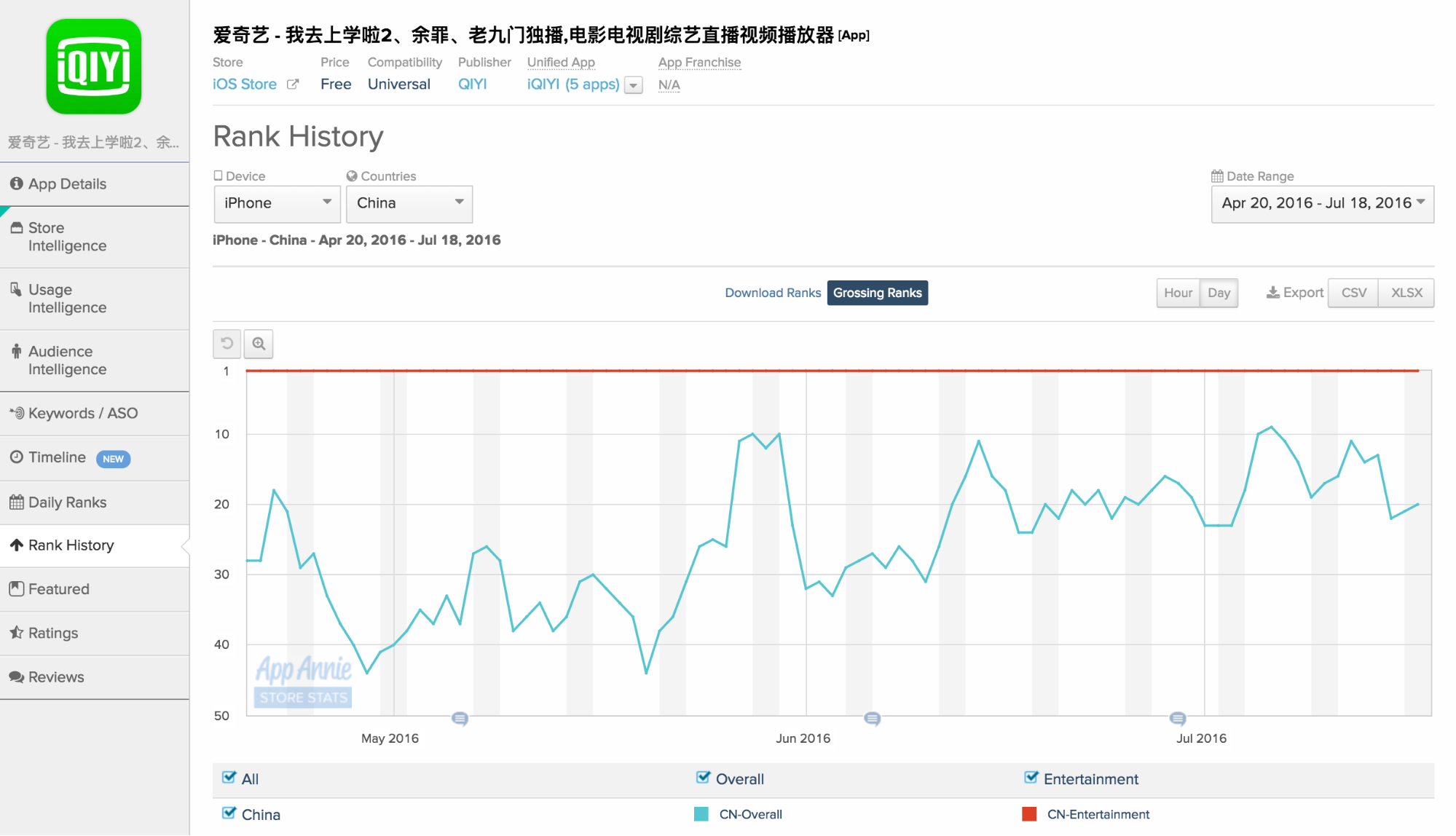 iQIYI continues to climb the iPhone grossing ranks in China.

iQIYI is China’s most popular subscription-based video streaming service. In June it announced 20 million subscribers, only six months after first reaching 10 million, and a 765% increase in paying subscribers over the last year. It remains the #1 app in the Entertainment category by monthly active users (MAU) on iPhone in China. 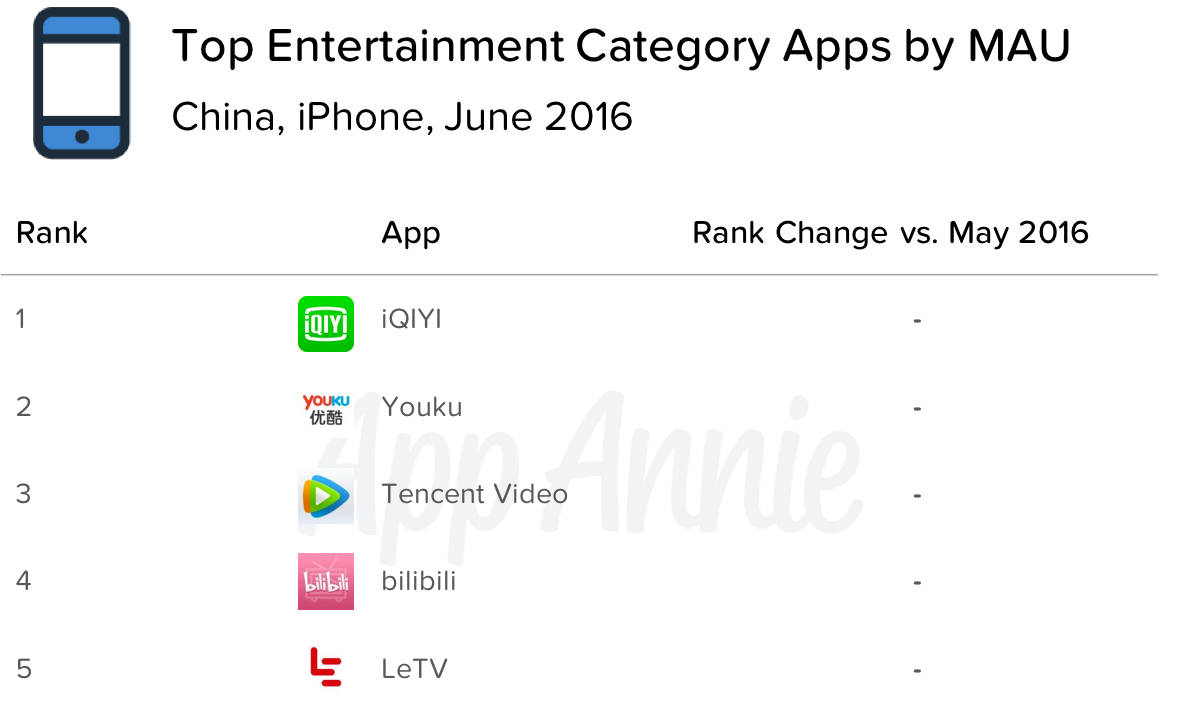 iQIYI is the most used Entertainment app on iPhone in China.

iQIYI, and video streaming in general, has continued to prove hugely successful in China. Streamers can currently enjoy reduced restrictions on content, and iQIYI often hosts popular international programs such as those from content agreements with Universal Pictures and Fox. Recently, popular South Korean drama Descendents of the Sun, which was partially funded by Chinese investors and saw limited censorship in China, gained close to half a billion views on iQIYI by the end of March.

New developments on the horizon for iQIYI could help maintain its rapid rate of growth. Earlier this year a Taiwanese version of iQIYI was made available to better serve its second-largest market with localized content and subscription plans. They have also announced plans to move into the VR space for both games and movies, including the development of dedicated VR apps and original VR content. With aggressive targets to reach 10 million users in China in the next 12 months, iQIYI may soon be the king of VR in China. We expect this is a developing trend, as more content players enter the AR/VR markets.

However, iQIYI isn’t the only video streaming app to climb the ranks this month. Hulu and HBO NOW both ascended the combined Google Play and iOS revenue rankings. As we predicted last month, Game of Thrones’ latest season has continued to draw revenue for HBO NOW, and its success once again demonstrates the importance exclusive and original content holds to video streamers. 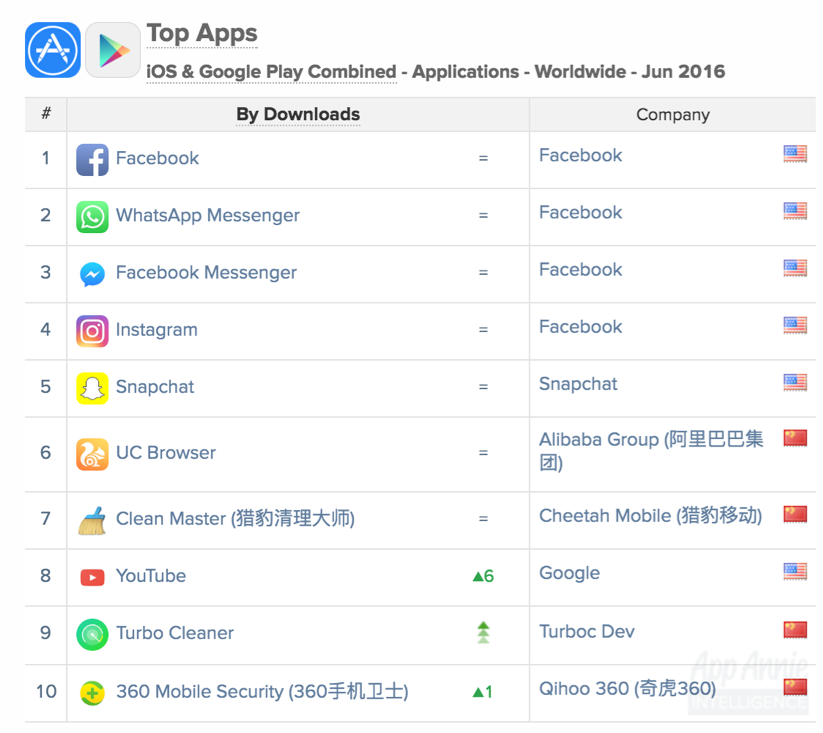 They recently announced a number of new features to support users creating and managing video content via the service. This includes the consolidation of creator resources into a single Creator Hub, the announcement of Director onsite (a service to help small businesses make ads for the platform) and the rollout of a mobile live streaming service for content creators.

As competition among video services continues to heat up, supporting the creation of high-quality content remains key to attracting and retaining users. We’re interested to see how YouTube’s new initiatives influence engagement over the coming months.