App Annie Index for Games: 2048 Slides Its Way to Number 1

The App Annie Index for Games offers the hottest mobile game properties for both the iOS App Store and Google Play. To find out what’s happening in apps outside of games, please check out our April 2014 Index for Apps.

The information contained in this report was compiled from App Annie Intelligence, the top market data solution for the app store economy. To see how our industry-leading app store download and revenue estimates can help guide your critical business decisions. Take a tour or request a demo today.

This Index also leverages App Annie’s exclusive DNA, which classifies apps by publisher, parent company and franchise. App Annie DNA delivers the metadata you need to support your business, whether you want to analyze the performance of a franchise, or get a complete picture of a company’s recent acquisitions. Learn more about DNA now. 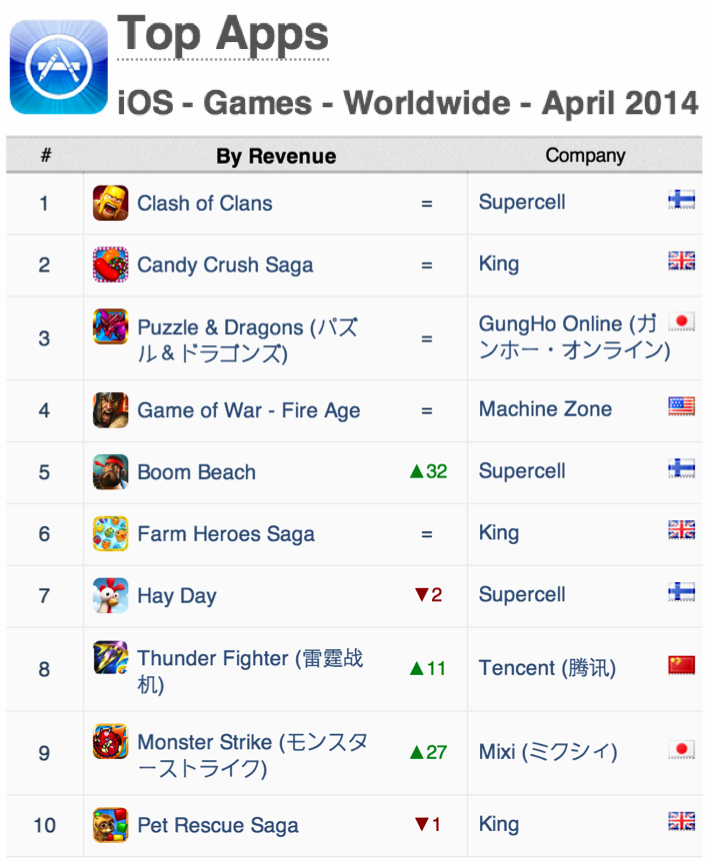 Supercell launched Boom Beach worldwide in late March 2014, and in April the game reached the top five iOS games by monthly downloads and revenue. This put three Supercell titles -- Clash of Clans, Boom Beach and Hay Day -- in the Top 10 games by iOS revenue. King also has three games in the Top 10 -- Candy Crush Saga, Farm Heroes Saga and Pet Rescue Saga -- giving these two publishers a strong grip on the top of the iOS revenue charts. However, Supercell’s three hit games were enough to keep it at the #1 rank for iOS publishers by monthly game revenue. Combined iOS and Google Play revenue rankings also reveal Supercell as the leading publisher by overall app store revenue in April. 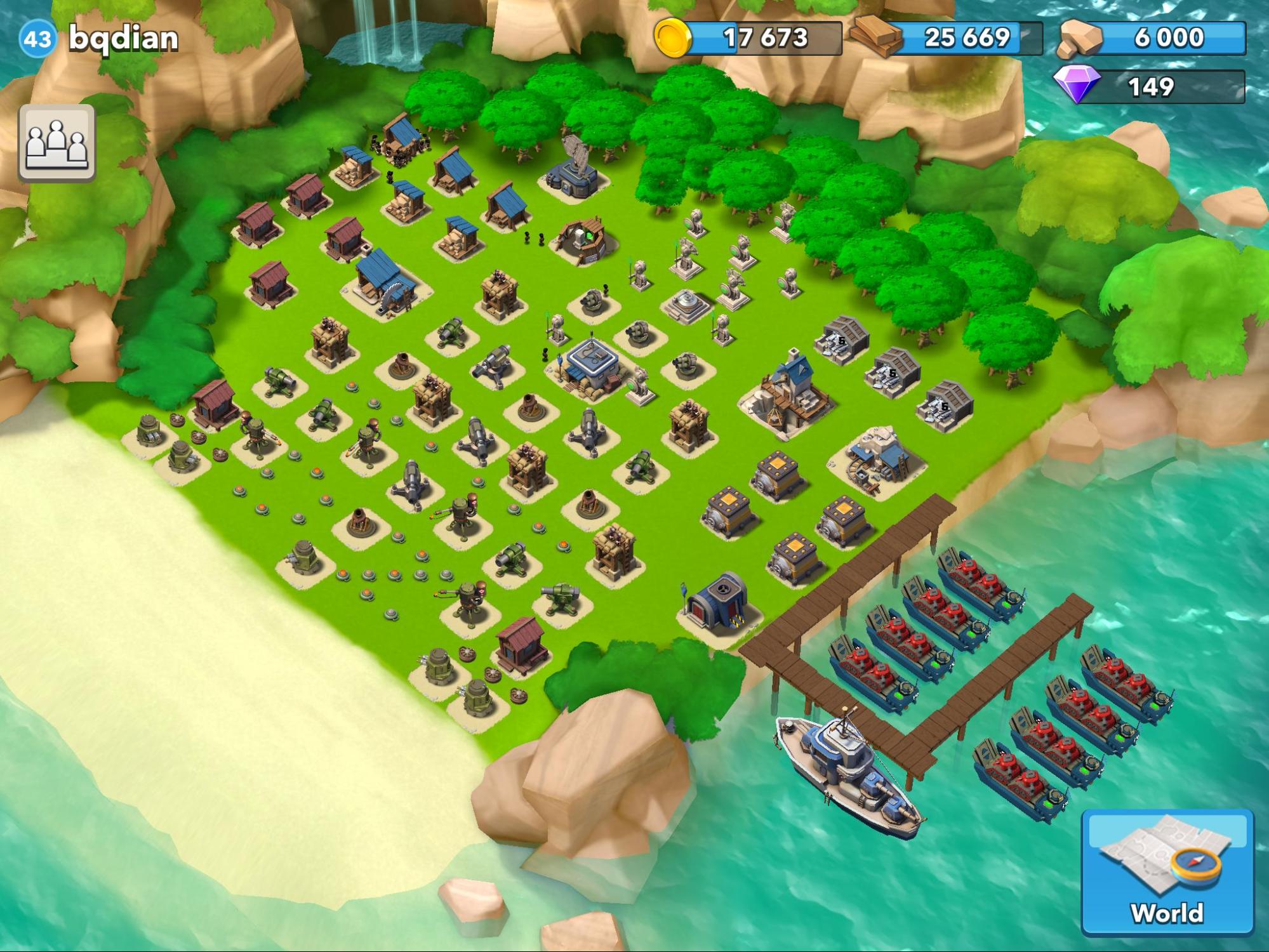 Boom Beach featured extensively on the iOS App Store homepage and proved to be a big hit in downloads and reviews worldwide. At the start of April, Boom Beach was the #1 ranked game in 23 countries simultaneously, reaching the top rank for games in the majority of countries where it’s available. This popularity translated into revenue success, with the title hitting the top ranks in major markets such as the United States and China throughout April. Despite only being available for iOS, Boom Beach’s revenue in April was enough to reach #9 for combined monthly iOS and Google Play game revenue.

The March Index for Games saw viral hit 2048 climb into the Top 10 games by monthly iOS downloads. In April, its popularity continued, pushing it up to the #1 position. The numeric puzzle game remained in the top ranks in the
United States, China and Italy throughout April. The downloads accumulated by 2048 were sufficient to move its publisher Ketchapp Studio to the #3 rank for publishers by monthly iOS game downloads. 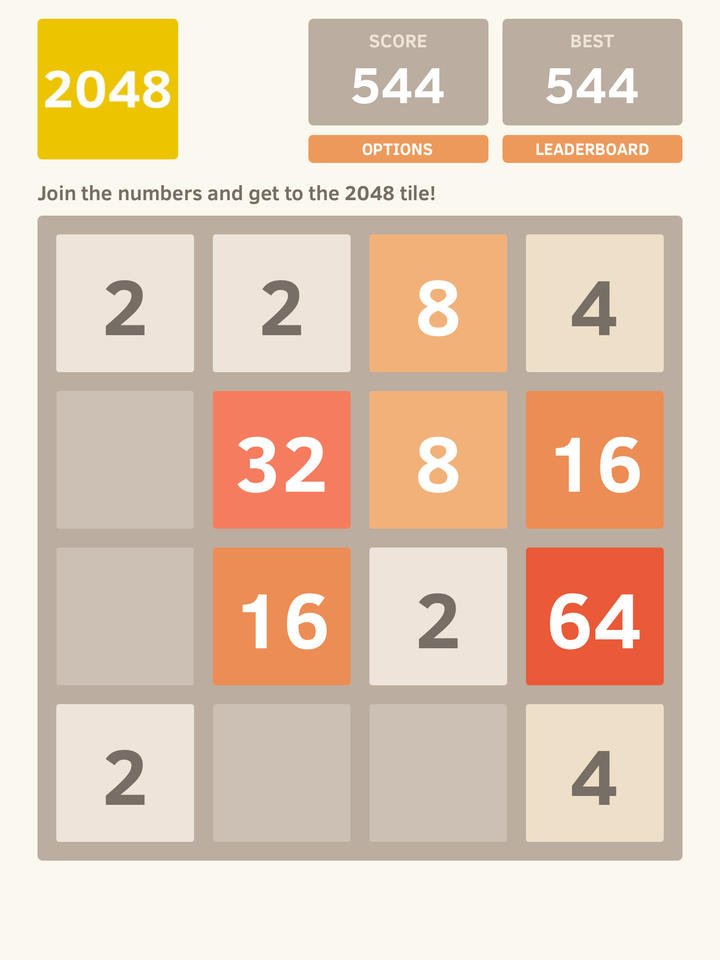 Ketchapp Studio’s 2048 is an iOS-only title, leaving a void on Google Play that was filled by 2048 Number Puzzle from publisher Estoty. The game features very similar gameplay to 2048 by Ketchapp Studio, and reached #4 by monthly Google Play game downloads. 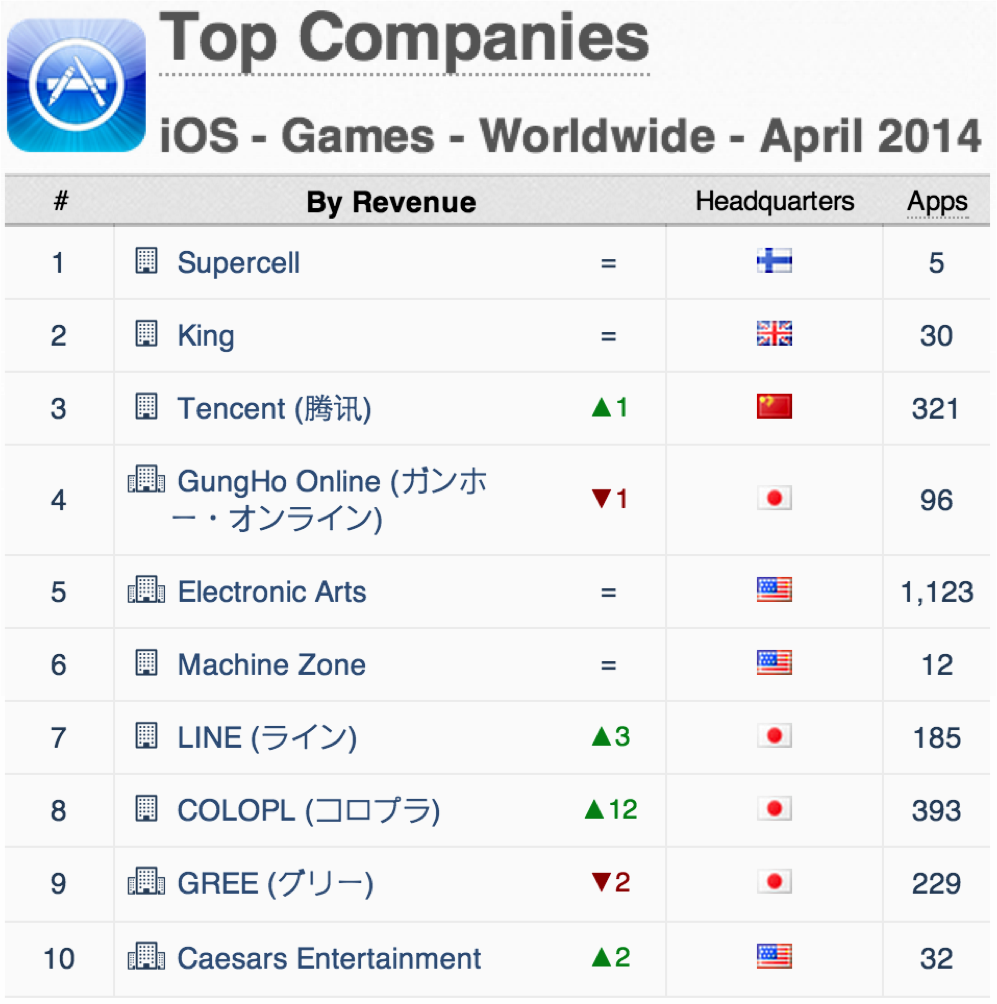 Tencent has been extremely successful in growing the social gaming market in China by combining casual games with its WeChat platform. In April, Thunder Fighter (雷霆战机) continued to drive growth in both downloads and revenue for Tencent, joining the Top 10 iOS games by monthly revenue and the top five iOS games by monthly downloads.

Cut the Rope 2 Drops in to Google Play 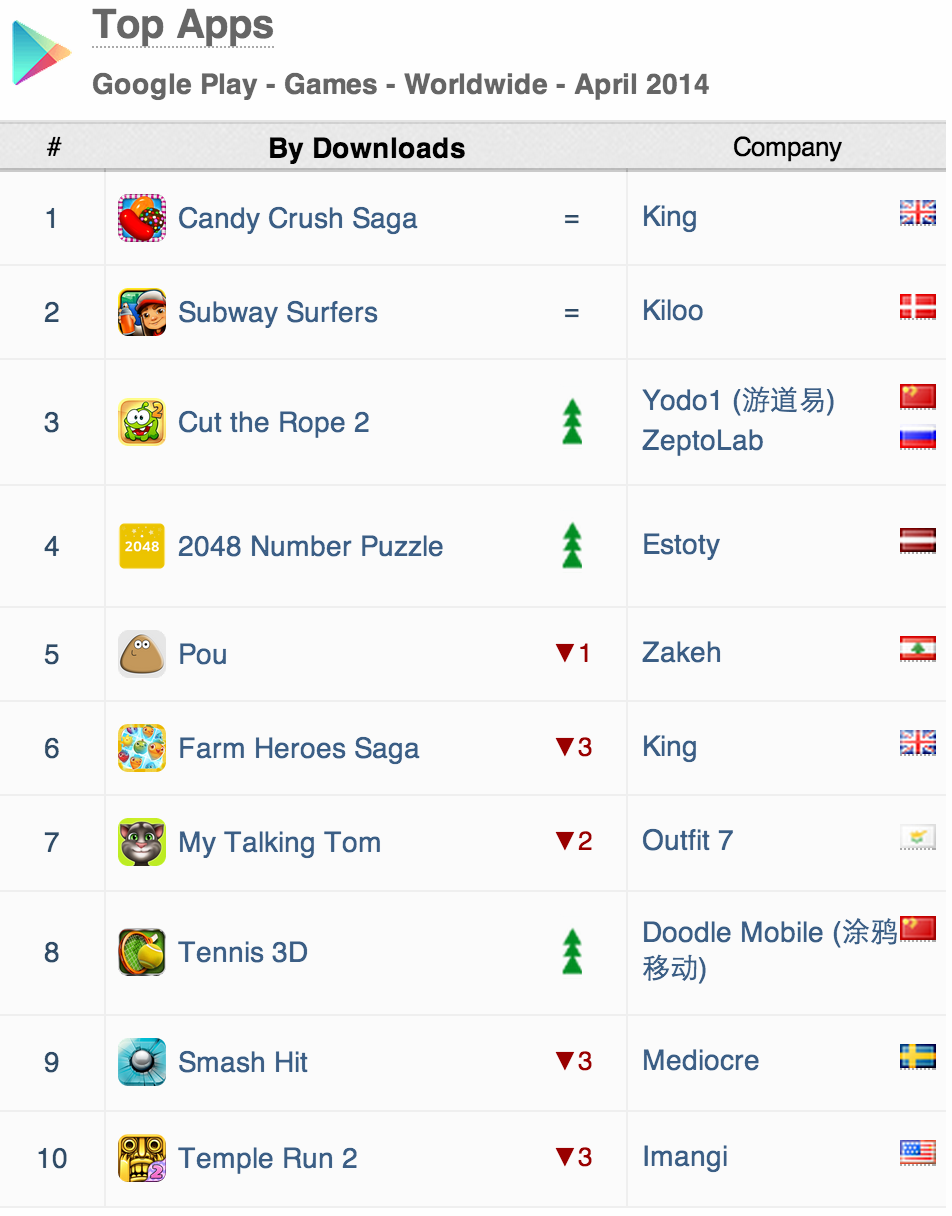 Platform-exclusive games have received considerable media attention recently. Cut the Rope 2 was a notable title to receive a period of exclusivity on iOS, but the international version finally landed on Google Play in late March (following the Korean version in early March). While the international version on iOS is a paid download with in-app purchase options, the Google Play version uses a freemium monetization model, marking a transition from the remainder of the franchise. ZeptoLab had the following to say about the new release:

"Cut the Rope 2 still has its core mechanics and feel, but it’s reaching a new level of engaging gameplay among our users. We at ZeptoLab strongly believe that a game with ‘2’ in the title has to be something bigger, more than just the same old thing. Cut the Rope 2 is the fastest-growing ZeptoLab game ever, which makes us think that we’ve managed to achieve this goal. Our close connection with our community, plus our ability to quickly analyze and react to market trends helped us craft a game our users love." - Маx Petrov, Chief Product & Data Officer

Japanese publisher Mixi reached #10 by monthly Google Play game revenue in April. Mixi was once Japan’s largest social network, but faced increasing competition in recent years. As a result, the company began developing games in-house. One of those games, Monster Strike (モンスターストライク), is now a big hit in Japan. The title has been rising in the revenue ranks throughout this year, and in April landed at #7 by combined iOS and Google Play monthly game revenue. Mixi’s Hiroki Morita had the following to say about this development:

"The number of Japanese ‘Monster Strike’ players has surpassed 7 million since its release in October 2013. We are all very excited about the fact that so many users are playing this title. We also launched the title in Taiwan on May 14 and plan to launch in China, Hong Kong and Macau to accelerate our global business expansion. We aren’t just targeting Japanese players -- we will continue to create fun and innovative hit game apps worldwide." - Hiroki Morita, Executive Officer & Executive Producer of Monster Strike Studio

The January Index for Games noted the resurgence of casual farm-themed games. In April, Zynga brought its popular Farmville fr
anchise back to mobile devices. Farmville has 400 million web players, and Zynga incorporated this user base in its redesigned experience by allowing the transfer of valuable goods between web and mobile versions. Farmville 2: Country Escape launched worldwide in mid-April on iOS and Google Play, and saw global success. The game featured extensively on the iOS App Store home page in late April, and returned Zynga to the Top 10 iOS game publishers by monthly downloads for the first time since June 2013.

A number of other new or recently released games made a big impact in April. Ubisoft released Trials Frontier worldwide for iOS in early April, following a March soft release in Canada and Finland. The arcade take on motorbike trials was released as a mobile companion game for its PC and console title Trials Fusion. Trials Frontier featured extensively on the iOS App Store home page in April, and received more than 20,000 five-star reviews during the month. After performing well in China and the United States, the game reached #3 by monthly iOS game downloads and propelled Ubisoft into the Top 10 publishers. 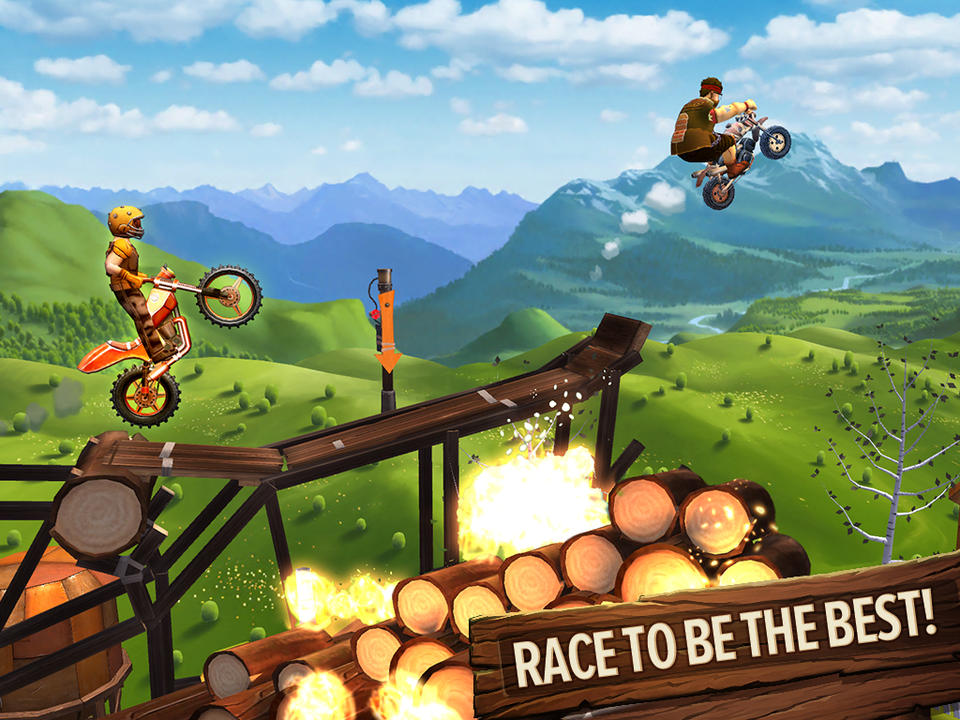 Another iOS-exclusive title to reach the Top 10 games by monthly downloads in April was Tactile Entertainment’s endless scroller Skyline Skaters. The game saw its full release at the start of April, following an earlier soft release in Germany. Like Trials Frontier, Skyline Skaters featured on the iOS App Store home page in a number of countries throughout April.

Don’t Tap the White Tile (now known as Piano Tiles on iOS) was released in late March, and mirrors many of the gameplay features of Don’t Step the White Tile. Don’t Step the White Tile was released in late 2013, but didn’t gain traction in markets such as the United States until it went viral in March 2014. Like the Flappy Bird phenomenon of February, Don’t Tap the White Tile showed the value of identifying rising trends in the app store. It reached the #2 rank for iOS games by monthly downloads after a strong performance in China and the United States, and brought publisher Umoni Studio into the Top 10 by monthly iOS game downloads.

On Google Play, Tennis 3D was a late March release that climbed into the Top 10 games by monthly downloads in April. While it performed relatively well in emerging Google Play markets such as Brazil, Mexico and Russia, it was particularly popular in Spain.

Korean publisher GAMEVIL made notable gains in the March Index for Games in South Korea with the release of Dragon Blaze (별이되어라!) for Kakao, and continued to gain in the publisher rankings for monthly Google Play game revenue in April. However, this time major gains were also made outside South Korea. This rise was largely driven by fishing simulator Ace Fishing: Wild Catch, which performed particularly strongly in Hong Kong after its worldwide release in late March.

For those of you who also are looking for an update on top apps other than games, please check out the April 2014 Index for Apps. To keep up to date with all the changes at the top of the app and publisher charts, check out the complete set of App Annie Index tables.