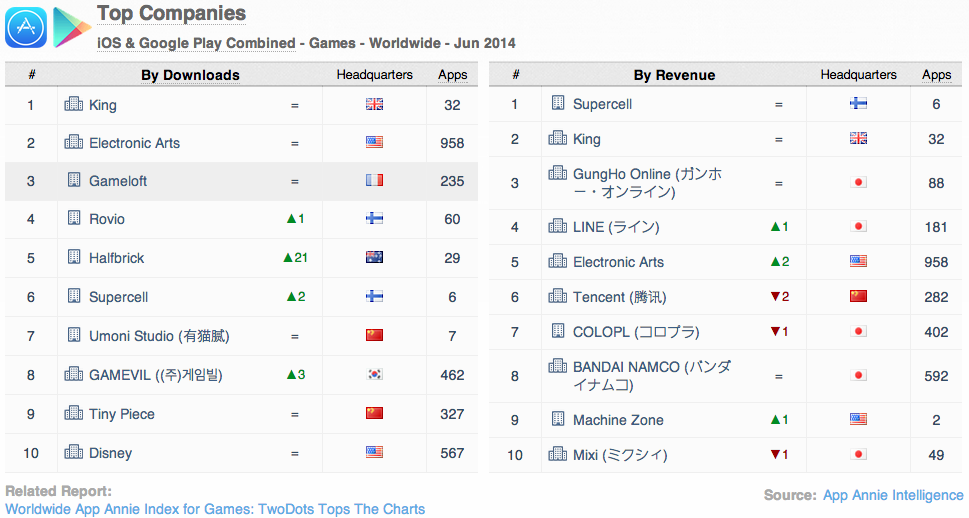 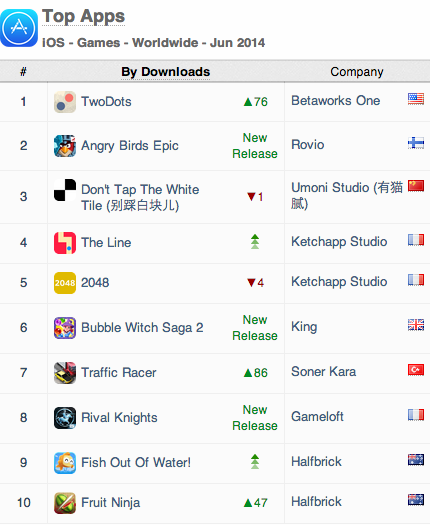 TwoDots led the wave of new entrants that swept through the Top 10 iOS games by monthly downloads in June 2014. Don’t Tap the White Tile and 2048 were the only two apps that stayed in the Top 10 from May 2014.

TwoDots is Betaworks One’s aptly named sequel to the award-winning 2013 smash hit Dots, jumping into the #1 download spot for iOS games for June. TwoDots supplements the simple dot-connecting puzzle gameplay from the first game with an original storyline that presents different challenges on top of the core gameplay. Users can purchase extra moves or bombs to help them pass particularly difficult levels. 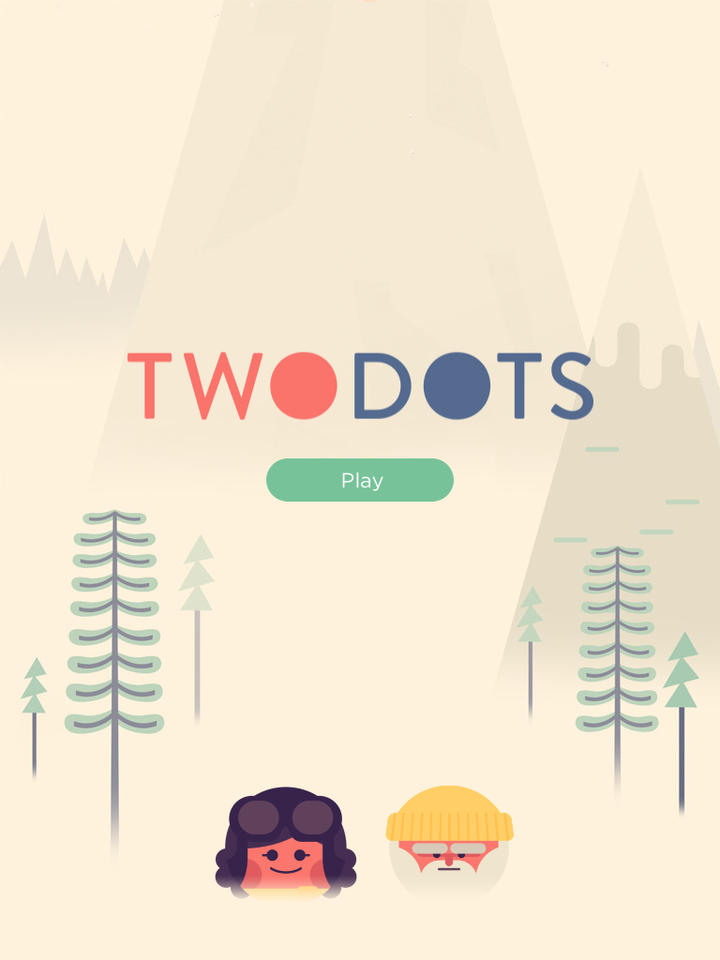 TwoDots found success with a new story arc and characters.

Released in late May, TwoDots quickly laid claim to the #1 overall spot for iOS game downloads worldwide, serving as the main driver for Betaworks One’s ascent into the Top 10 for iOS game downloads. TwoDots’ US revenue rankings also soared at an impressive clip and held steady for the entire month of June, a positive indicator for future success. 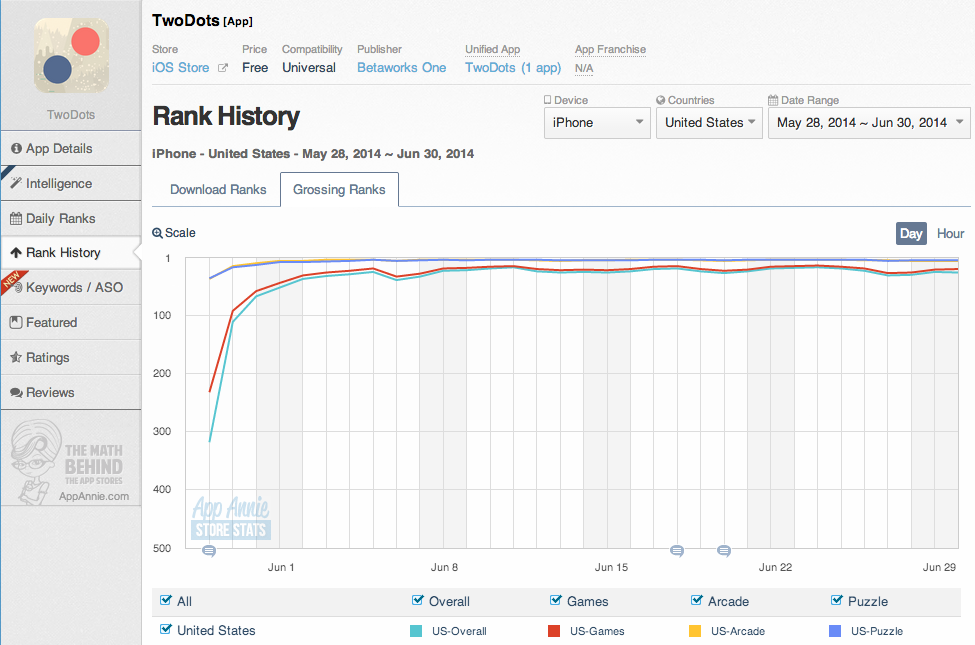 TwoDots climbed rapidly after its release and its revenue ranking held steady in the US iOS App Store. 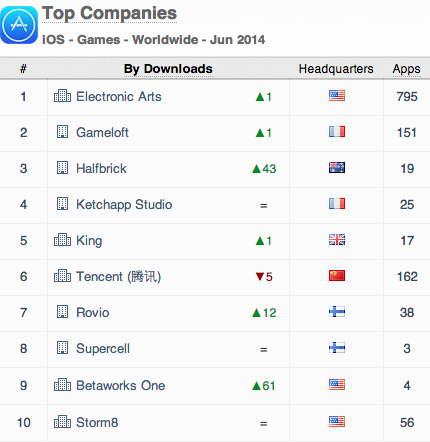 Halfbrick leapt 43 spots and ended June 2014 as the #3 iOS game publisher by downloads due to the strong performance in the second half of month. The Australian game studio sliced the prices for their paid games to free for a limited time, which resulted in substantial growth across their app portfolio. A couple of Halfbrick games rode the free wave all the way into the Top 10 iOS games by monthly downloads -- the fan-favorite Fruit Ninja, and Fish Out of Water!. 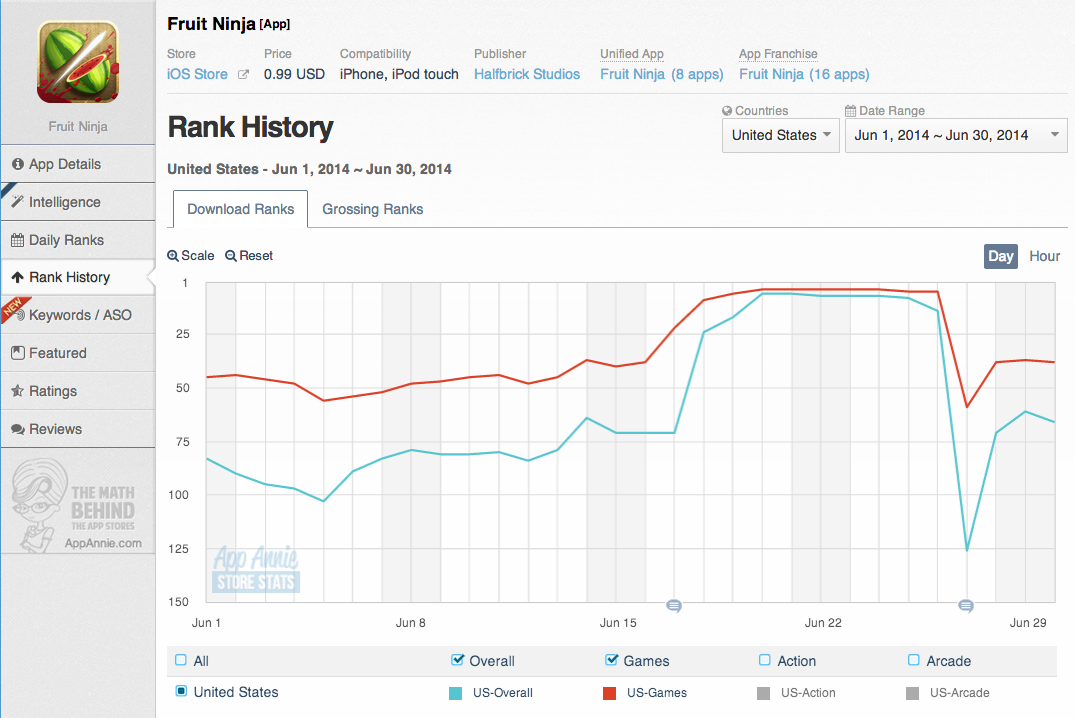 Fruit Ninja sliced its way up the download ranks in June after switching from paid to freemium. 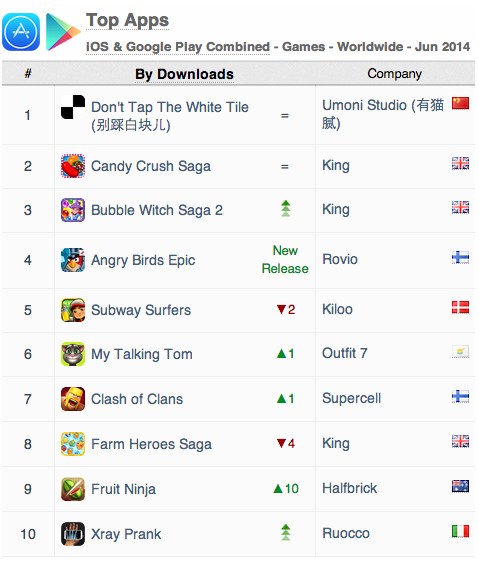 King added Bubble Witch Saga 2 to its smash hit portfolio and it surged to #3 in combined downloads for iOS and Google Play for June. Bubble Witch Saga 2 combines the classic bubble-matching from its 2012 predecessor with enhanced graphics and add-ons such as special boosters, various game modes and leaderboards to compete against friends and family. 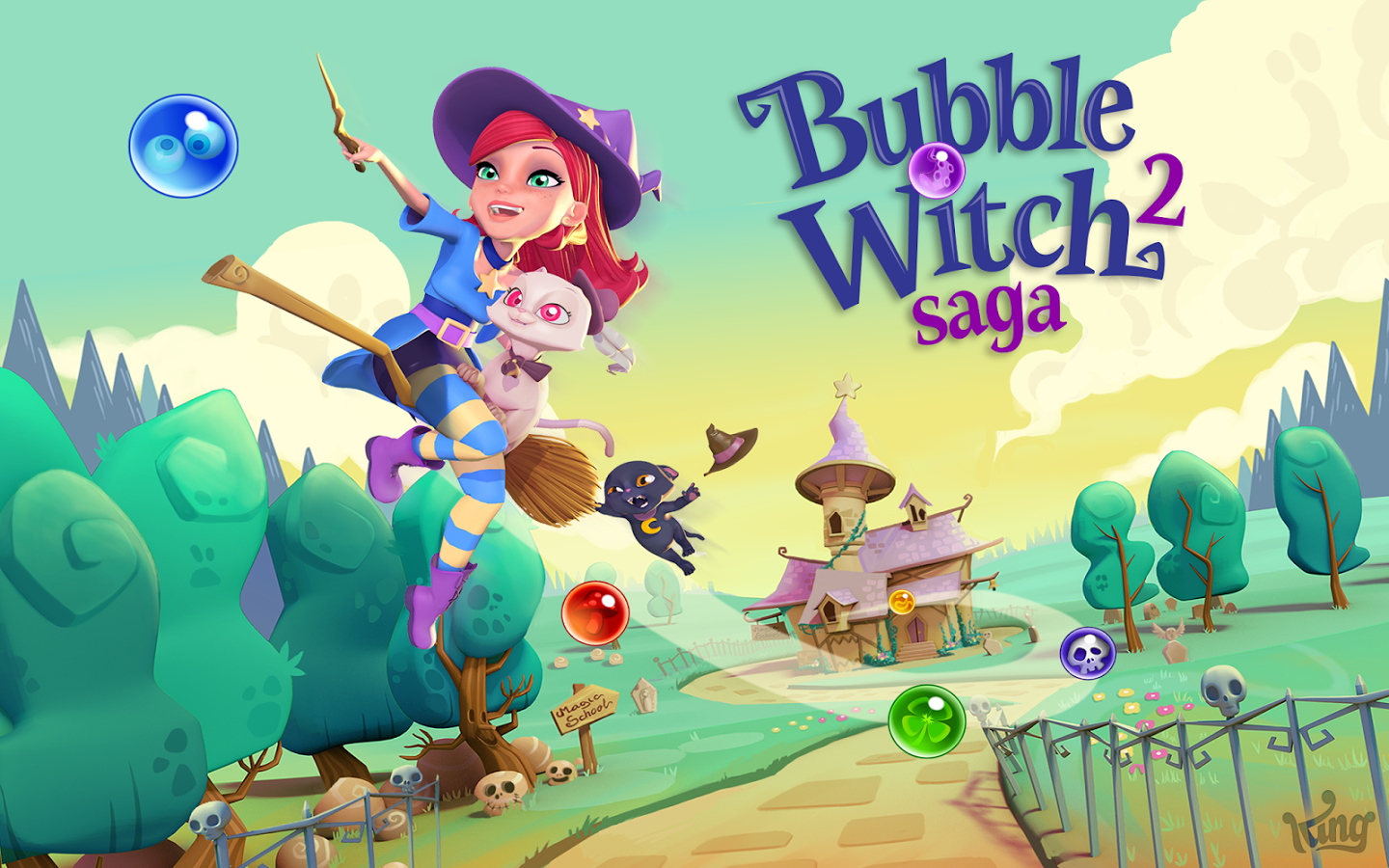 Unlike some games which are heavily dependent on one platform for success, Bubble Witch Saga 2 did well in both stores, finishing June 2014 as the #6 ranked game by monthly downloads for both iOS and Google Play. 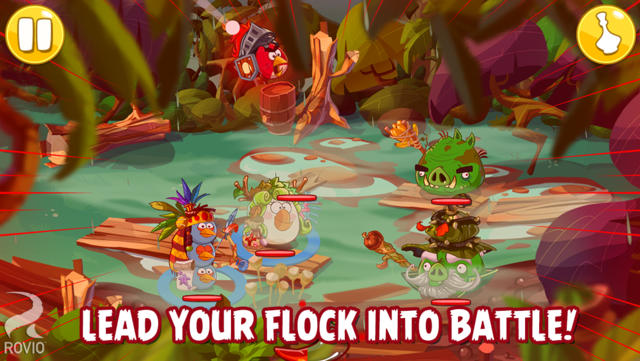 SEGA rose seven spots and finished in the #9 spot for Google Play revenue due largely to the success of games Chain Chronicle and Puyo Puyo!! Quest. Chain Chronicle combines the aspects of tower defense games with RPG mechanics, and has gained international appeal through licensing agreements. Puyo Puyo!! Quest is a puzzle RPG spin-off of popular bubble-popping Puyo Puyo franchise.

Ruocco, known for their prank and joke apps, released Xray Prank, an app that displays realistic-looking skeletal scans. The game’s surge into the Top 10 in Google Play downloads coincided with a late May update that added many more body part “x-rays.” Xray Prank did particularly well in Brazil, Russia and India.

Known for smash-hit 2048, Ketchapp Studio’s new release The Line is the newest addition to the recently popular touch-and-slide endless runners. Its mid-June surge in downloads was spurred on mainly by the United States, United Kingdom and France.

Gameloft’s new game Rival Knights rammed its way into the top 10 in iOS downloads, finishing at #7 despite releasing nearly a week into June. Players joust for glory and prizes as tournament knights, armed with slick features such as customizable characters, multiplayer options and 3D graphics.