Longstanding hit Puzzle & Dragons received a revenue boost thanks to an in-game event, while Tencent dominates the iOS charts with both casual and core successes. 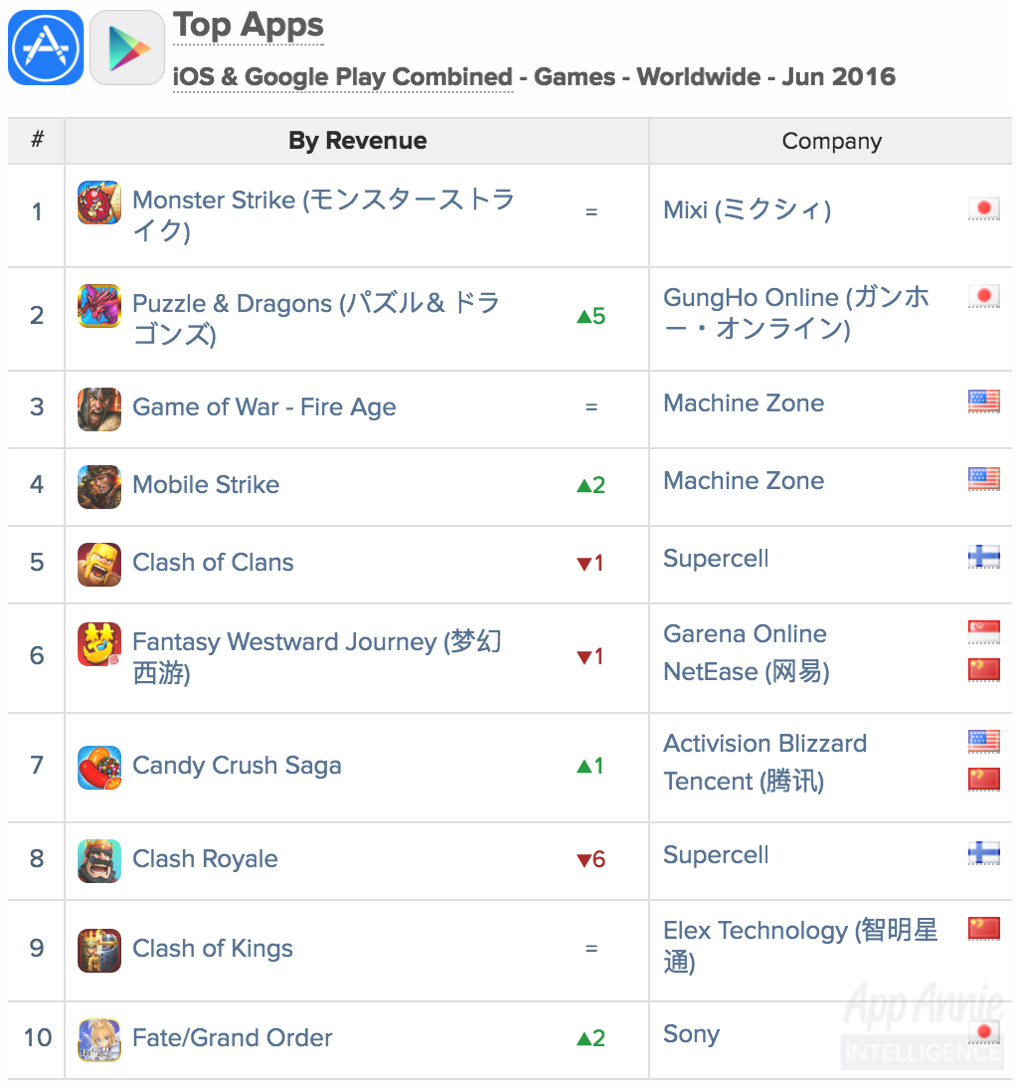 GungHo Online’s 2012 hit Puzzle & Dragons was the #2 top-earning game in June (combining iOS and Google Play). The puzzle role-playing game, which took #3 and #1 on our all-time iOS App Store and Google Play revenue rankings, continues to hold its own on the world stage of mobile games, even though nearly all of its revenue comes from Japan.

Puzzle & Dragons' impressive success in June was largely driven by Player's Choice Godfest, which most recently took place from May 31 to June 3. The event, which occurs a few times a year, is a special version of the game’s more frequent Godfest, in which players are able to acquire powerful god characters. During Player’s Choice Godfest, the community votes on which gods from previous Godfests will be available during the limited event. The chance to acquire some of the most sought-after characters in the game makes this a highly anticipated community event which generates substantial revenue. 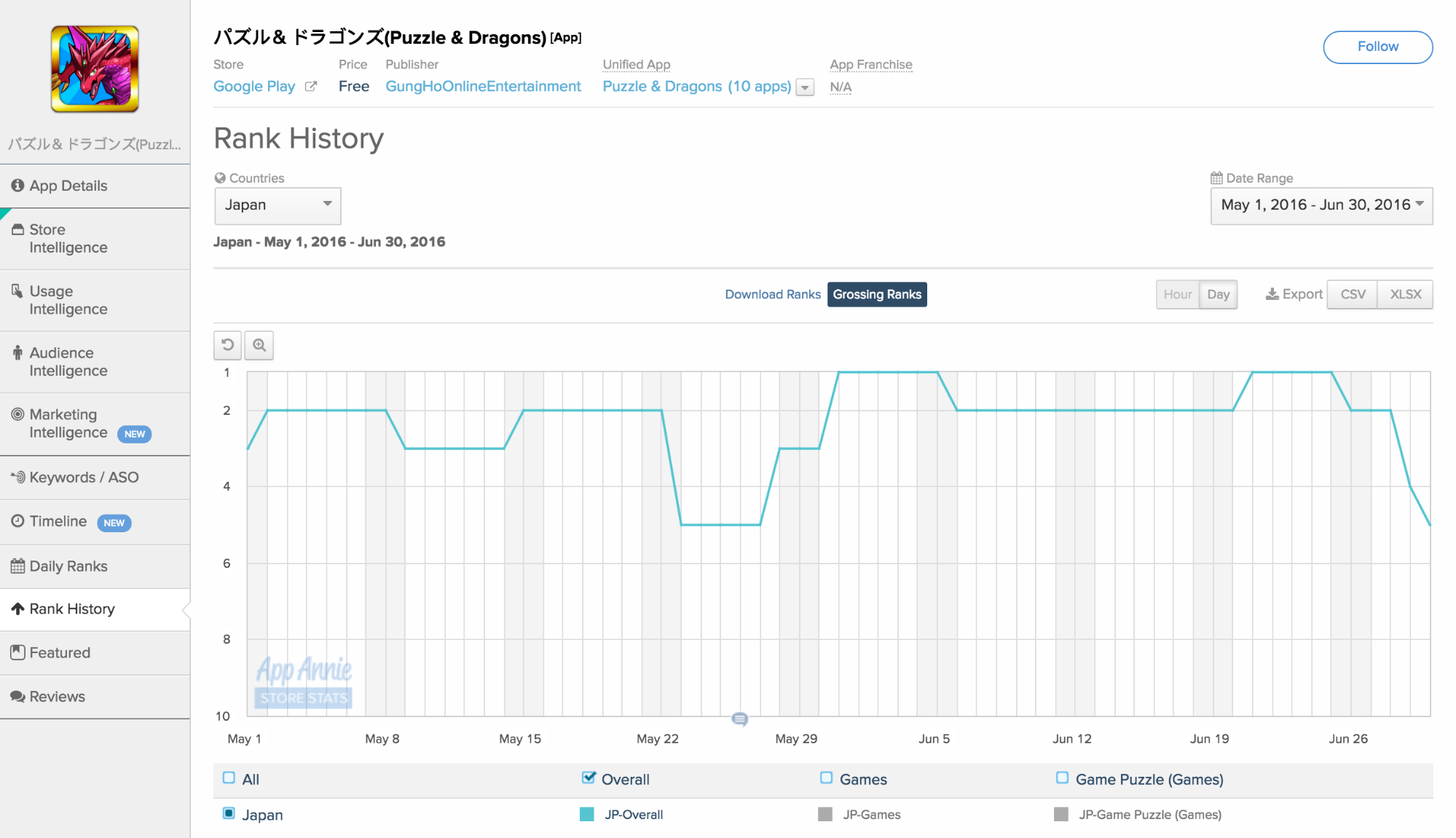 Player’s Choice Godfest generates revenue spikes thanks to the gacha mechanic, which is central to the game’s overall monetization. Gacha is a lottery system in which players spend virtual currency with the hope of randomly receiving higher-valued rare or legendary characters. These special events push players to use (and monetize through) the gacha system, but even more interestingly, we noticed increased revenue following the special event period.

Tencent Stays Atop iOS with Casual and Core Successes 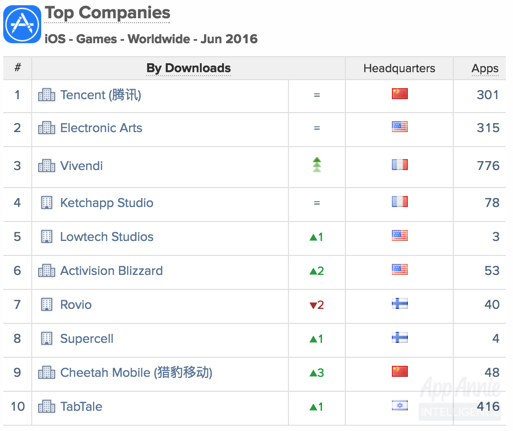 In June, Tencent held on to its #1 spot among companies by worldwide iOS downloads thanks largely to the performance of two games — Hero Moba which reached #2 and Carrot Fantasy 3 which reached #3 — whose downloads mostly came from China.

Released in late 2015, Hero Moba has become perhaps the most successful mobile adaptation of the multiplayer online battle arena (MOBA)  genre, exemplified by PC games Dota 2 and League of Legends. Platform aside, the main difference between these PC MOBA titles and Hero Moba is geography. The former are popular worldwide, while Hero Moba is an entirely Chinese phenomenon. It remains to be seen whether a mobile MOBA can achieve global success on our Index rankings. 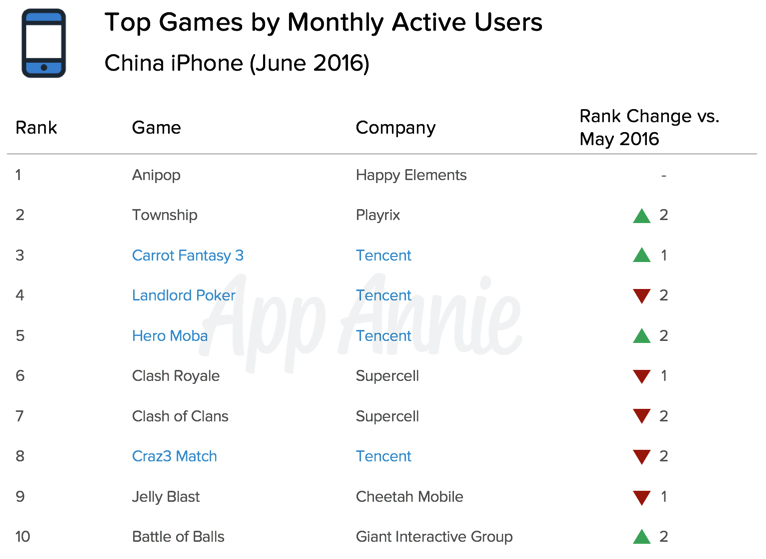 Four of the top 10 games by iPhone monthly active users in China were published by Tencent. Once Tencent completes its purchase of Supercell, a majority of the games on this list will be Tencent’s.

While Hero Moba caters to core mobile gamers, Tencent’s new June hit Carrot Fantasy 3 appeals to more casual players. It follows the success of the previous two Carrot Fantasy titles, all of which are tower defense games with cute and colorful visuals. Tencent has found a formula for success, shown by the fact that Carrot Fantasy 3 reached #2 by June worldwide iOS game downloads despite only being released midway through the month.

Tencent’s successes within China have so far been more than enough to place the company’s games in global rankings. They seem poised to go much further, however. With Tencent’s purchase of Supercell, the company’s place in future Index rankings is all but assured.

Steppy Pants Steps Up on iOS 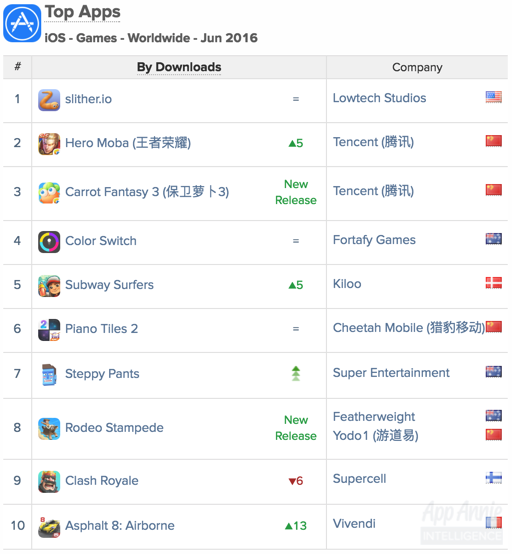 Casual hit Steppy Pants debuted at #7 on our worldwide iOS downloads chart. The game, published by Australian company Super Entertainment, takes inspiration from the retro 8-bit-inspired visual style of Crossy Road, and is described on its app details page as a mash-up between Crossy Road and Flappy Bird. Like these games, Steppy Pants is an “endless” game, meaning that gameplay sessions last as long as the player can survive. 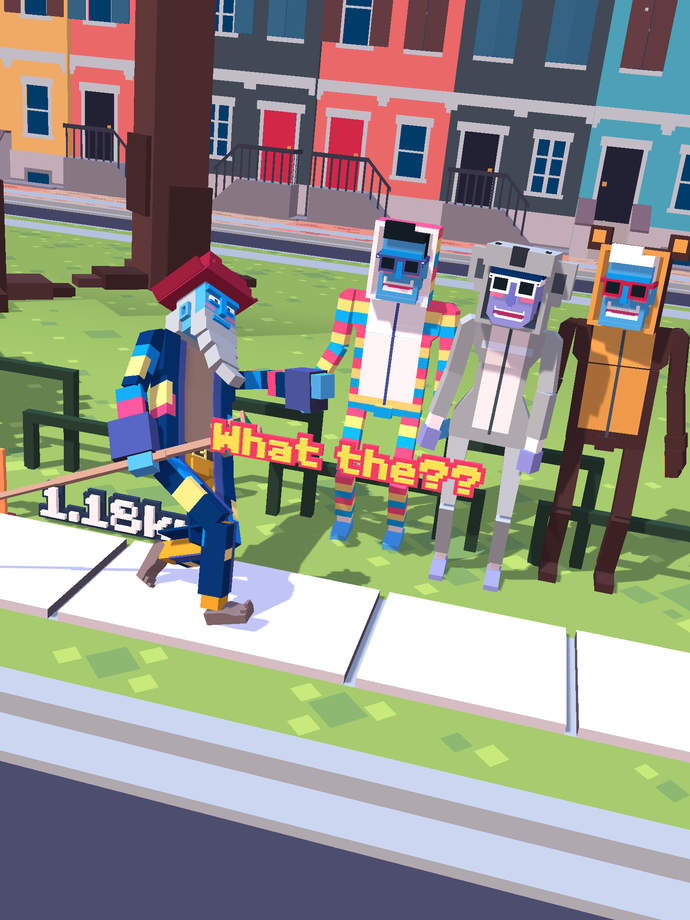 Steppy Pants challenges players to not break their mothers’ backs.

In Steppy Pants, the goal is to direct your character to walk while avoiding cracks on the sidewalk. This simple mechanic has caused the game to catch on in both East and West, with Thailand generating the second-most downloads behind the US. The game is currently available on iOS, and we expect its global popularity to broaden if it is released on Google Play.