Hungry Shark World: Just When You Thought It Was Safe to Go Back in the Water 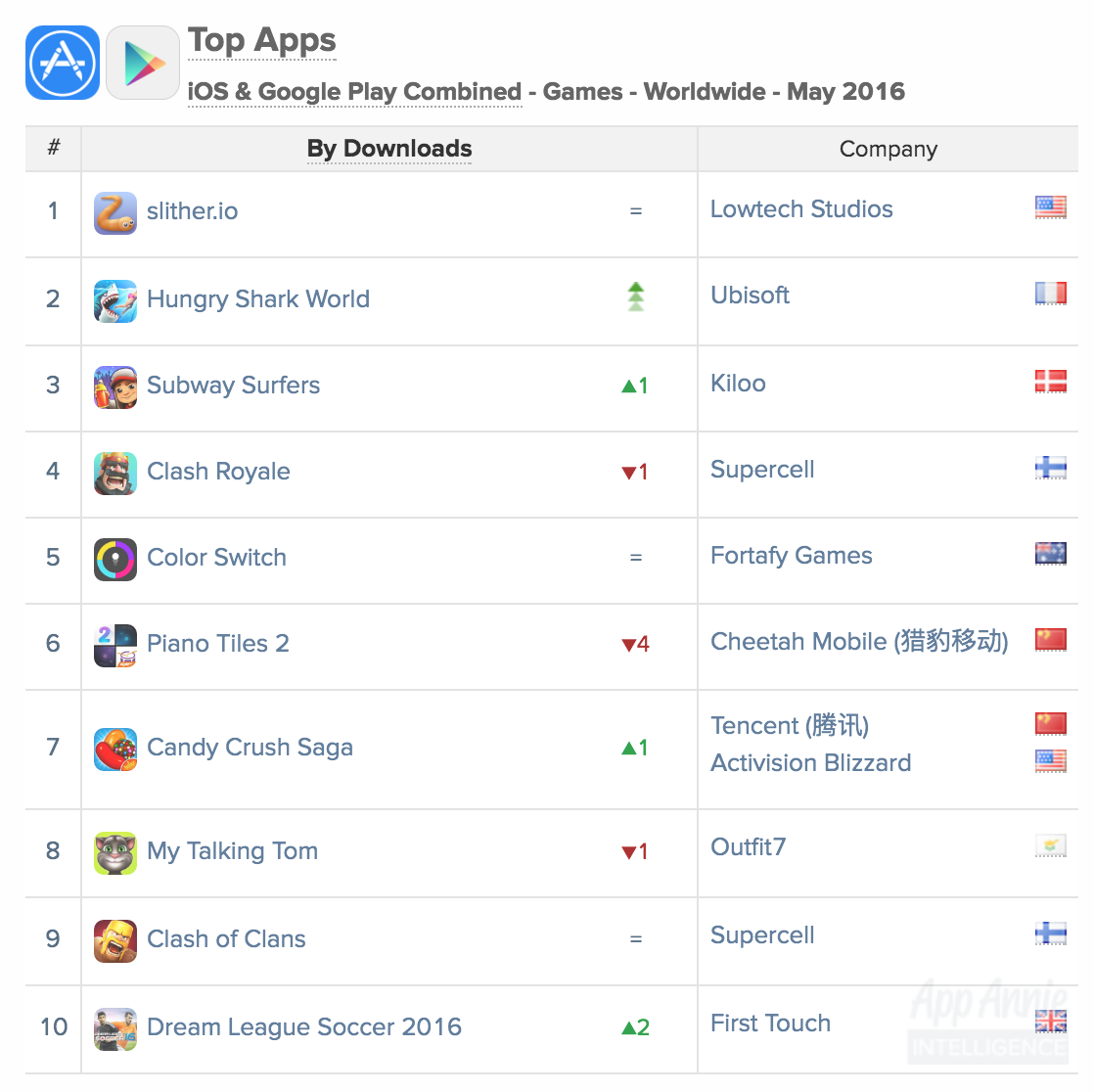 Ubisoft’s Hungry Shark World made a splash this month, coming in at #2 in the worldwide download rankings. A sequel to Hungry Shark Evolution, which was launched in October 2012 and is still regularly updated, Hungry Shark World is the first new game in the franchise since Ubisoft acquired Future Games of London in 2013.

With a greater array of content — including more maps, sharks, accessories and upgrades —  and a more stylized art style, Ubisoft’s game is giving players something they can sink their teeth into for a long time to come.

Received positively by players — as of June 14 the game’s review scores exceeded four stars on both Google Play and iOS — Hungry Shark World has been especially popular with young male gamers. In May, it was the 7th highest-ranking game by monthly active users (MAUs) among 13–24 year-old males in the United States, a trend we also saw in Ubisoft’s native France.

With downloads likely to pick up during the ever-popular Shark Week, we think Ubisoft is going to need a bigger boat. 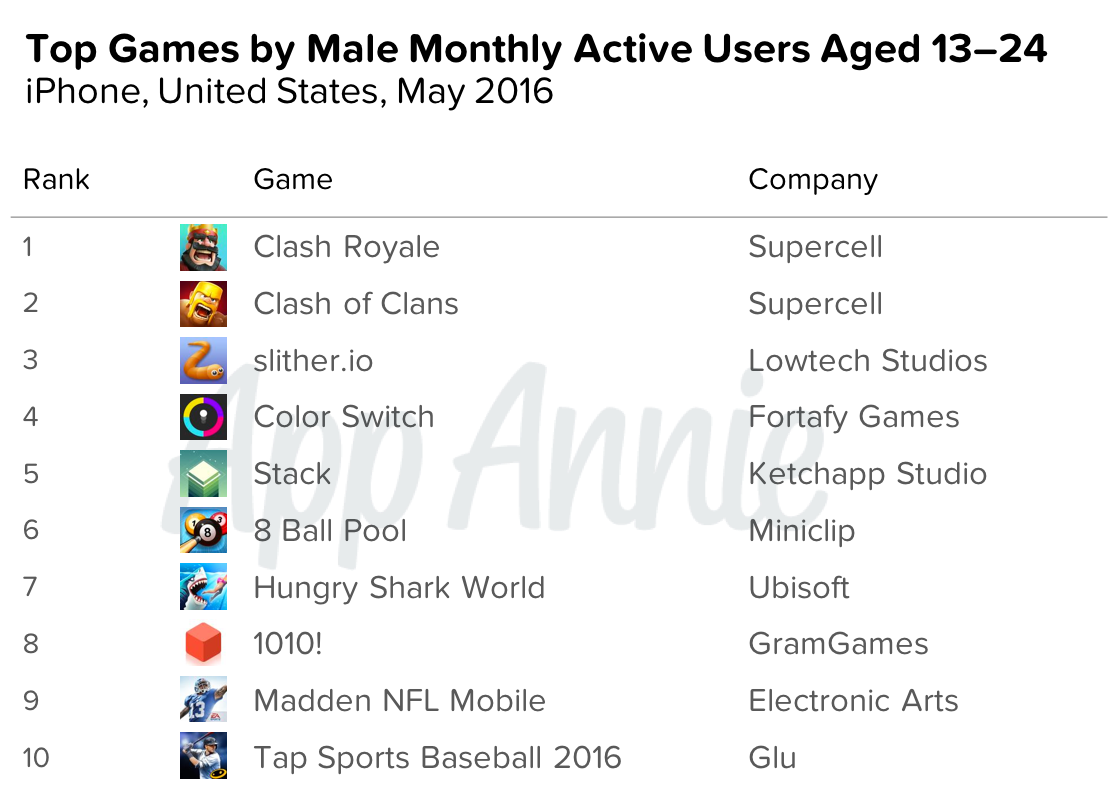 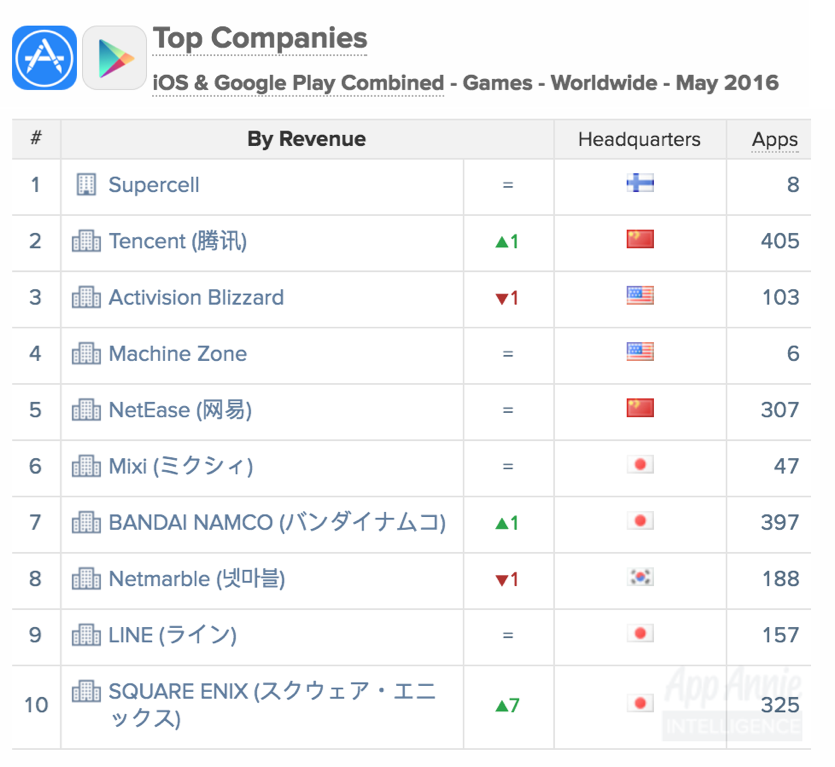 Square Enix made its way into the top 10 companies by worldwide revenue as excitement built during the 30th anniversary celebration of its hugely popular Dragon Quest franchise.

As the May 27 anniversary approached, which also coincided with the Japanese release of the eagerly anticipated Dragon Quest Heroes 2 on Playstation 4, gaming apps in the franchise saw a marked increase in both downloads and revenue.

A number of Dragon Quest gaming apps, including Hoshi no Dragon Quest, Dragon Quest Monsters Super Light and Dragon Quest IV, saw the halo effect of the new game’s ad campaigns, updates and promotions across Square Enix’s mobile portfolio. Dragon Quest VIII, for example, experienced a dramatic increase in its revenue rank on iPhone in Japan following a promotional price drop on May 25. 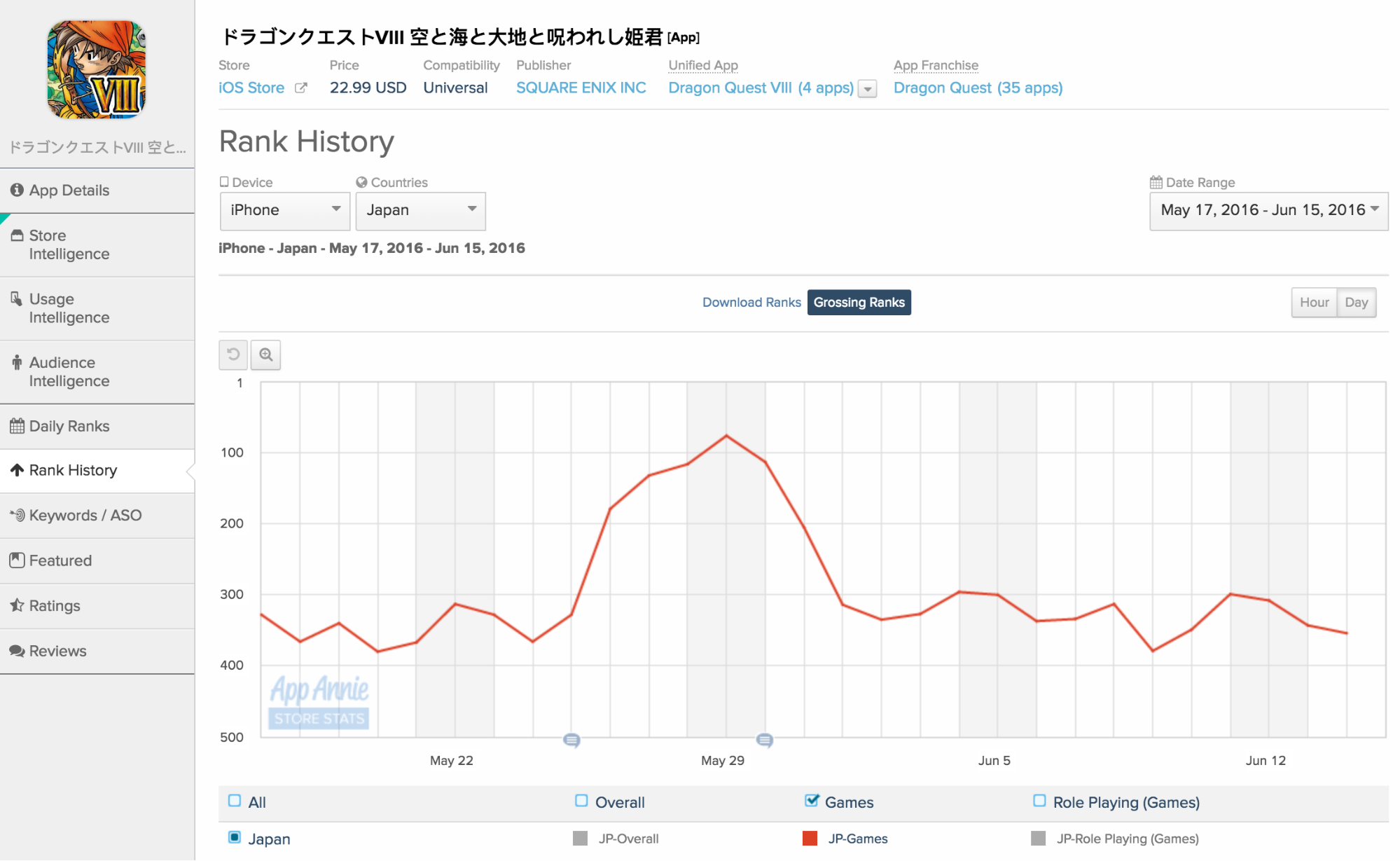 We’ll be keeping an eye out to see if this has a similar effect on Square Enix’s Final Fantasy franchise as we approach the console release of Final Fantasy XV at the end of September.

AskTao Is a Win for Mobile Core Gaming 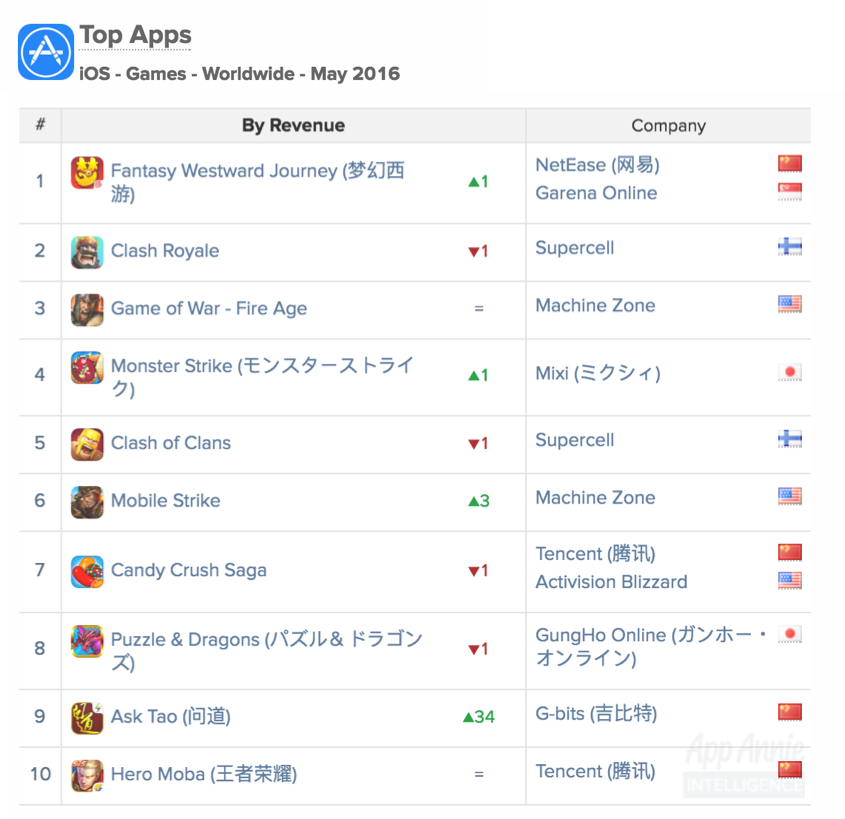 An isometric RPG based on ancient Taoist beliefs, it features a combination of story-based role-playing and PVP gameplay, allowing players to meet and interact with a number of famous figures from Chinese history.

Only available in China, where the classic PC version has a massive player base, AskTao’s success is another prime example of core gaming moving to mobile in Asia. This is a trend we’ve noted in previous monthly Indexes and explored most recently in our review of Japan’s mobile gaming industry. As mobile continues to become the first screen worldwide, we may see core gaming continue to grow on mobile platforms.