The first quarter of 2017 saw record levels of worldwide app downloads and consumer spend. iOS and Google Play downloads grew 15% year over year — to nearly 25 billion worldwide. This is an incredible feat since this number only reflects new downloads and is not inclusive of re-installs or cumulative downloads from past quarters.

Gross consumer spend also grew at an impressive 45% year over year in Q1 2017 to well over $15 billion across iOS and Google Play worldwide. This figure only partially represents how publishers can generate money through apps since it does not include revenue from m-commerce or in-app advertising.

The app market is soaring as consumers migrate more of their lives to mobile and pay for the ease, convenience and accessibility that apps offer.

Google Play widened its lead over iOS to 135% for worldwide downloads in Q1 2017, up from a 100% lead back in Q1 2016. It saw both the greatest absolute growth and the fastest growth rate year over year out of the two stores. Google Play grew 20% year over year, fueled largely by growth in emerging markets like India and Indonesia.

India is still in the early stages of the App Market Maturity Cycle. The incredible rate of downloads the region is currently experiencing is the result of consumers trying out new apps before app habits form. Smartphone penetration in India is below 30%, which paints a rosy picture of long-term growth. As more consumers adopt smartphones, we expect India to continue to contribute significant download growth in the quarters to come. 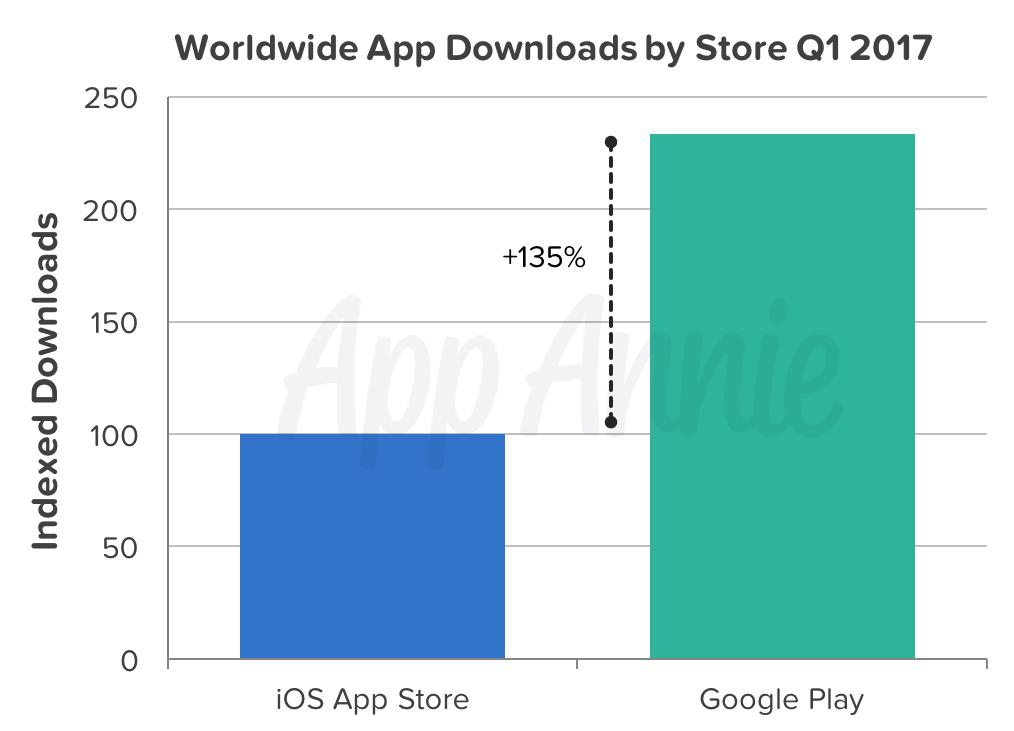 While Android devices dominate in India and drove Google Play downloads in Q1, India was also a chief contributor to growth in iOS downloads, second only to China. China remains a vital market for the iOS App Store, and as downloads continue to grow, consumer spend follows.

Overall, the iOS App Store saw a healthy growth rate of 5% year over year in Q1 2017; however, it’s when looking at consumer spend that the App Store’s leadership really comes into focus. 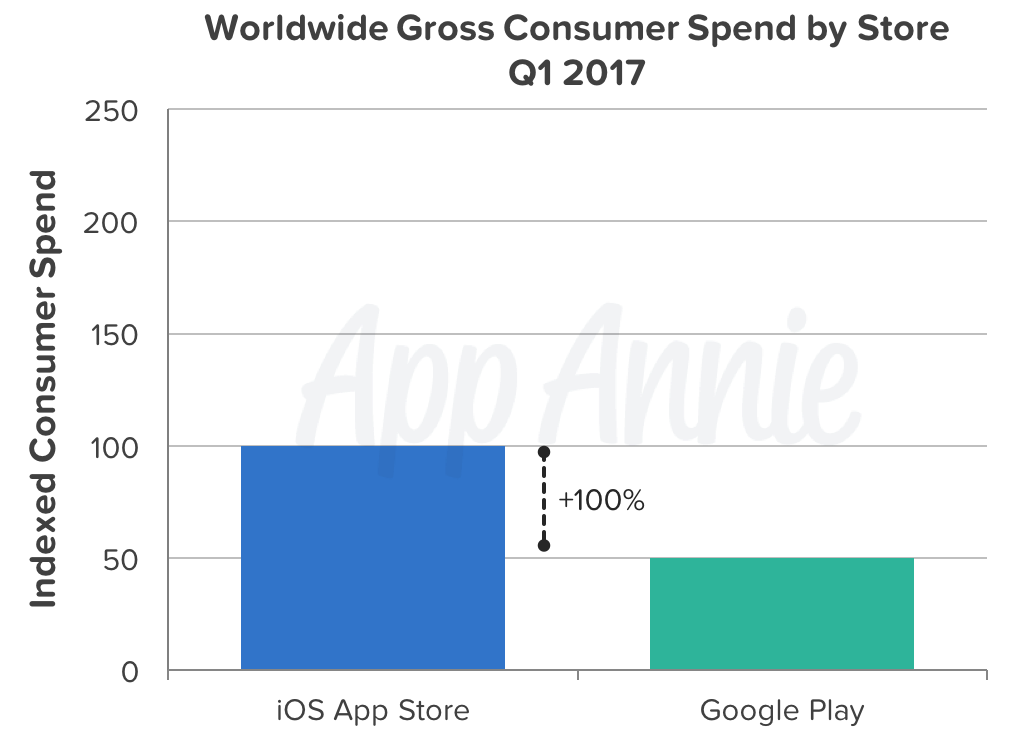 Q1 2017 saw record levels of downloads and consumer spend in the app economy, with particularly strong growth in consumer spend across both stores. With app stores showing undoubtedly healthy growth, one thing is certain: The app economy is nowhere near peaking. Apps are an integral part of consumers lives across the world. Businesses need to adapt to this mobile-first world or be left behind in this booming economy.