How many apps do smartphone users regularly use, and how much time do they spend on their phones? Our latest report looks at just how engaged the average smartphone user is.

Mobile’s continued global growth is evident when looking at market-level data. Take, for example, some of the statistics reported in our 2016 Retrospective: In 2016, users downloaded over 90 billion apps on the iOS App Store and Google Play, and they spent nearly 900 billion hours in apps.

While these figures are impressive, they can only tell a broad story about the sum of many users’ actions. What about the users themselves? Just how prevalent are apps in the average user’s life?

In our latest report, Spotlight on Consumer App Usage, we tackle this question. Thanks to data from App Annie Intelligence, we took a granular look at the average user’s app usage in major countries. 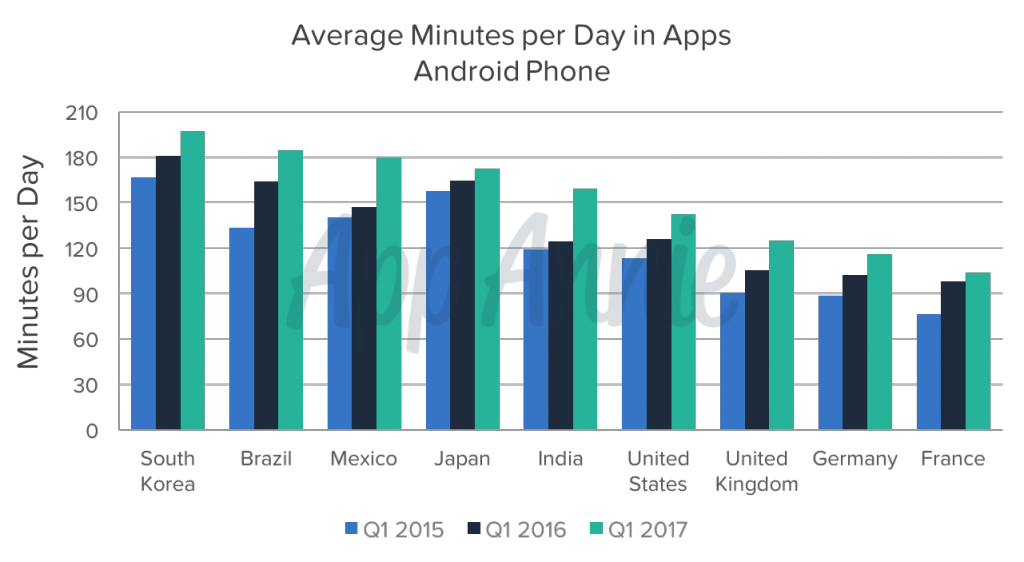 Read our report to learn: