Over the last two years, Google Play has seen phenomenal growth in Germany. In 2014, its annual app revenue was more than twice what it was in 2013. This growth helped Google Play recently surpass iOS in monthly revenue. However, iOS revenue also continues to grow in Germany as the whole app economy expands. Spend per active device is on the rise in both stores, making Germany an interesting market for both local publishers and publishers looking for international expansion.

Our latest free report, Google Play’s Rapid Rise in Germany, investigates what’s behind this phenomenal growth over the last couple of years and which categories are generating the majority of Germany’s Google Play app revenue. 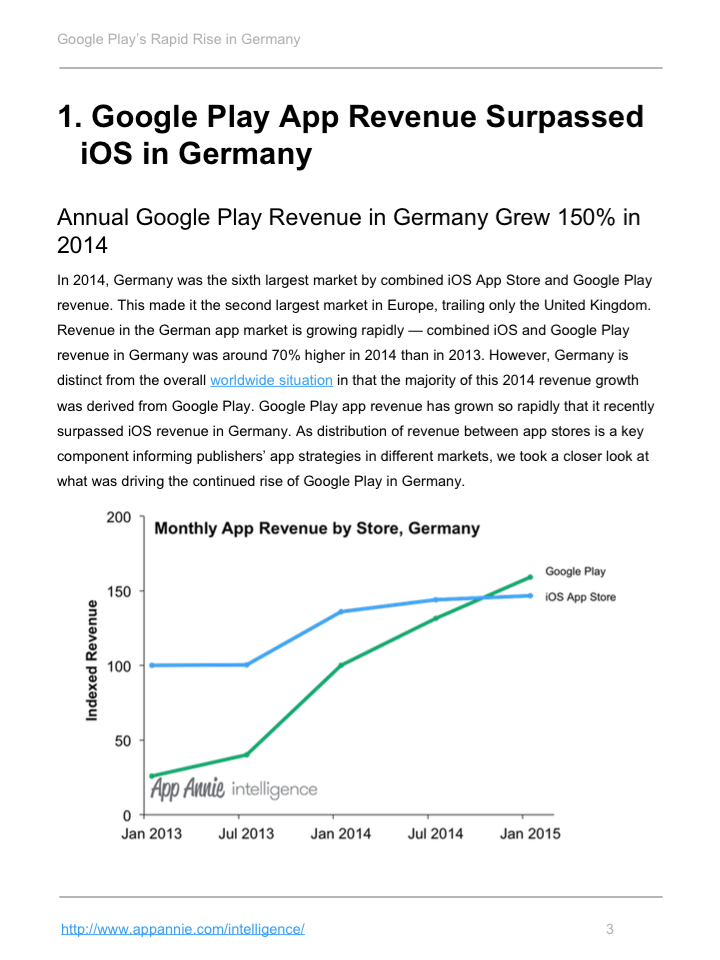 Below is what you can learn from our free report: