Japan has been a significant global economic force for some time, so it’s no surprise that they’re taking the app world by storm. With a history of being on the forefront of mobile technology, Japan has moved from feature phones to smartphones backed by downloads and yen.

This App Annie Japan Spotlight report shows how Japan has not only overtaken the United States for app store revenue dominance but also shows no signs of abating in its growth. The report looks into the causes of this growth, shows which publishers are driving this growth and looks ahead to future trends in smartphone penetration, while also pointing out new business models being created out of Japan with the potential for export westward. 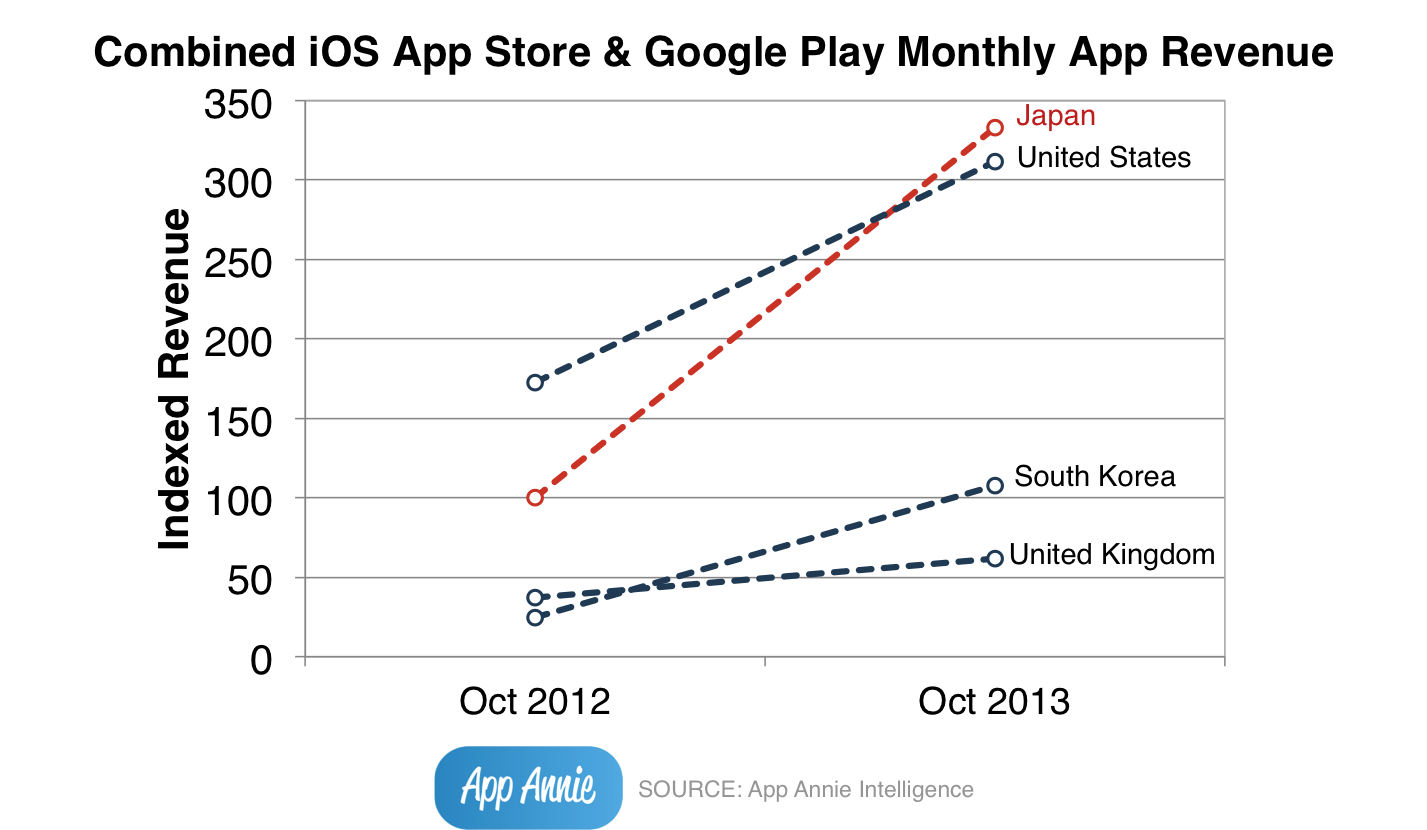 Japan has overtaken the US to claim the #1 position by app revenue.

Download this report to dig deeper into the following trends and much more:

2. Sheer Majority of Game Revenue Growth Driven by Just Five Publishers
It’s an astounding fact, but the game revenue growth that has catapulted Japan to the number one spot has been mostly driven by just five publishers. One of them is the messaging powerhouse LINE, one of them is Puzzle & Dragons maker GungHo Online, download the report to find out who the three others are.

3. The Growth Isn’t Over
If 2013 was the year where Japan’s smartphone penetration caught up with the US, 2014 will be the year where it completely obliterates things. By next year, 62% of mobile phones in Japan will be smartphones (compared to 50% in the US) according to eMarketer. The impact this will have on app downloads and revenue is a mouth-watering prospect for businesses invested in that region of the world.

It seems every App Annie Index is dominated by titles from Japan publishers. Whether you are publisher researching the Japan app marketplace or an investor looking to make smart investments in one of the fastest-growing regions of the app world, download this report to stay connected to the Japan trends that will no doubt impact the entire industry.

To get the full report, click below. The report is available in both English and Japanese.

For more information on worldwide app market trends, check our blog. If you have questions or comments, ask them below or reach out to us on Twitter. Interested in doing some of your own analysis? Create a free App Annie Store Stats account today.