As we moved into the second half of 2018, hyper-casual games topped downloads charts, video content fueled growth for downloads and consumer spend. 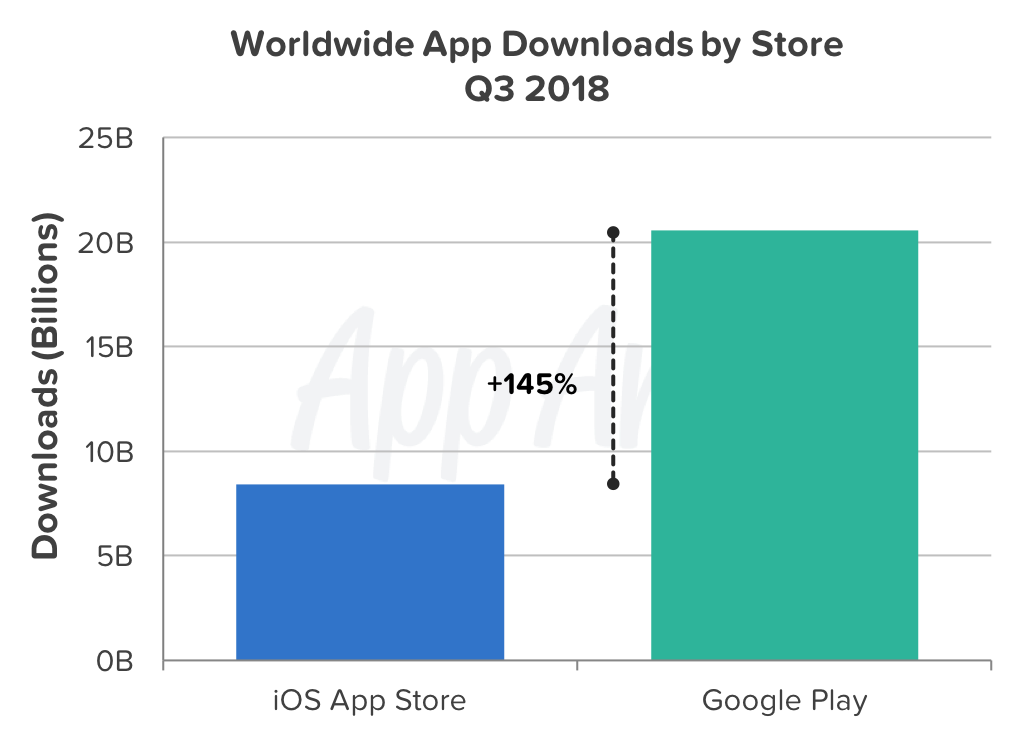 Looking at drivers of growth within app categories, we see similar trends across both stores, albeit reflected in different categories. On Google Play, Entertainment apps — such as video streaming apps Netflix, OZEE and Sony LIV— drove the largest year-over-year download growth. However, on iOS, Photo and Video apps — including those with a heavy focus on video such as YouTube, Tik Tok (which now includes Musical.ly) and Instagram — drove the largest download growth year over year. While both the Entertainment and Photo and Video categories represent a desire for content consumption — especially video content — the latter also illustrates the collective demand for creation.

While the iOS App Store maintained its consumer spend lead over Google Play and grew 15% year over year, Google Play saw faster growth to reach its most lucrative quarter yet. 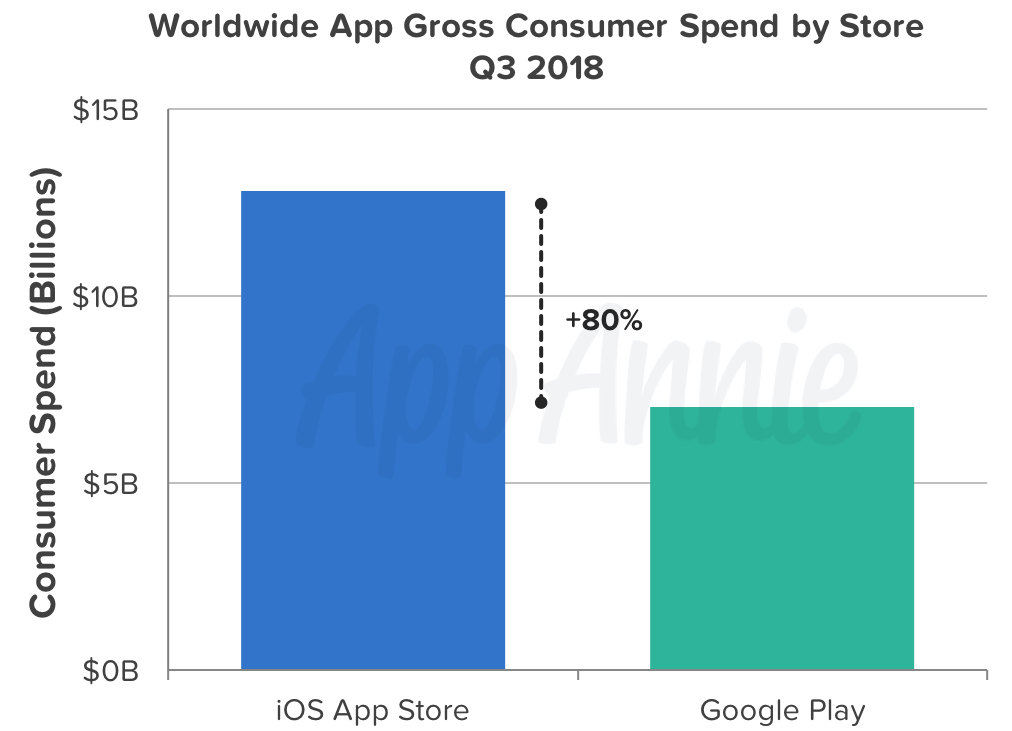 Six of the top 10 Games by combined iOS and Google Play global downloads in Q3 2018 were hyper-casual games — indicating the mass appeal of mobile gaming and its power to migrate traditionally “non-gamers” to “gamers”. Pokémon GO is an example of this — as we reported after its launch 2 years ago, this game captured non-mobile time and continues to do so. In Q3 2018, Pokémon GO ranked #5 by global consumer spend as seasonal events and social gameplay prompted users back into the game and encouraged richer gameplay.

Eight of the top 10 apps outside of games by global consumer spend in Q3 2018 were media streaming services that utilize in-app subscriptions. Strong Entertainment performance demonstrates that consumers are increasingly choosing to make their day-to-day purchases via apps — a trend that bodes well for retail apps during the Q4 holiday shopping season. 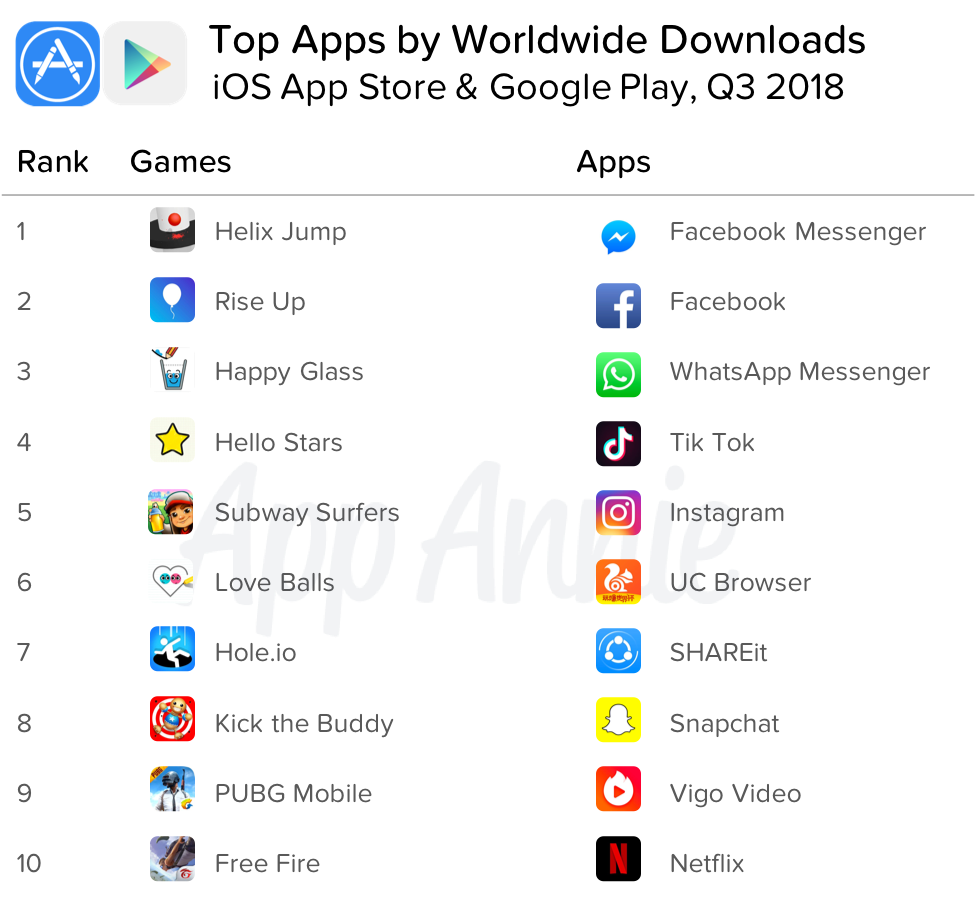 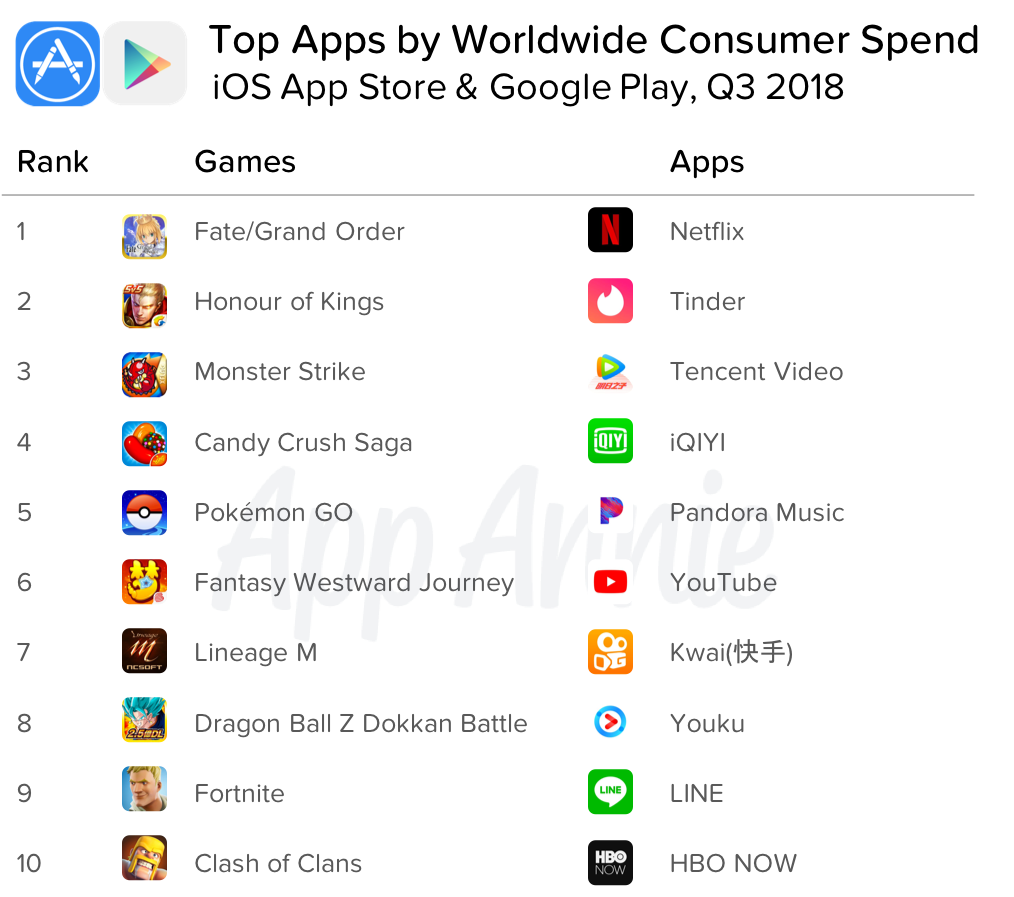 To read more of App Annie’s insights into the mobile app economy, check out our 2017-2022 App Economy Forecast — the industry’s largest and most trusted forecast of the app economy. If you’re interested in looking into some of the data behind the app market yourself, sign up for our free product here and get started today.