Dubsmash Gets a Boost From Celebrities 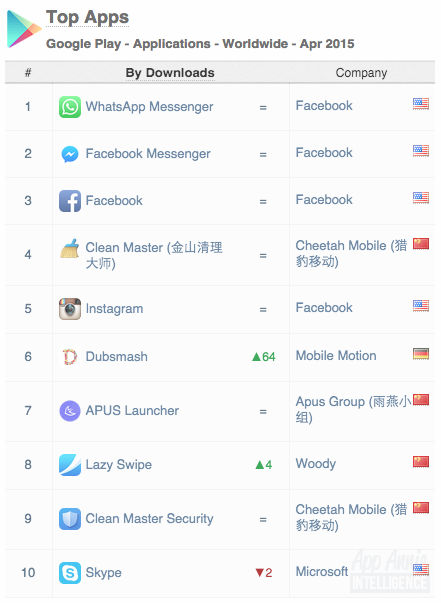 In our December 2014 Index for Apps, we reported the rise of selfie video app Dubsmash, which allows users to record and share videos of themselves mouthing along to well-known phrases and songs. In April, the app saw its second round of explosive growth, reaching #5 on April’s combined iOS and Google Play downloads rankings. Starting with a Dubsmash-exclusive tease of Rihanna’s new single on March 26, numerous celebrities (including Hugh Jackman, Kevin Hart and Kate Upton) fell in love with the app. This celebrity endorsement helped renew interest in the United States, where it saw a rise in its download ranks. 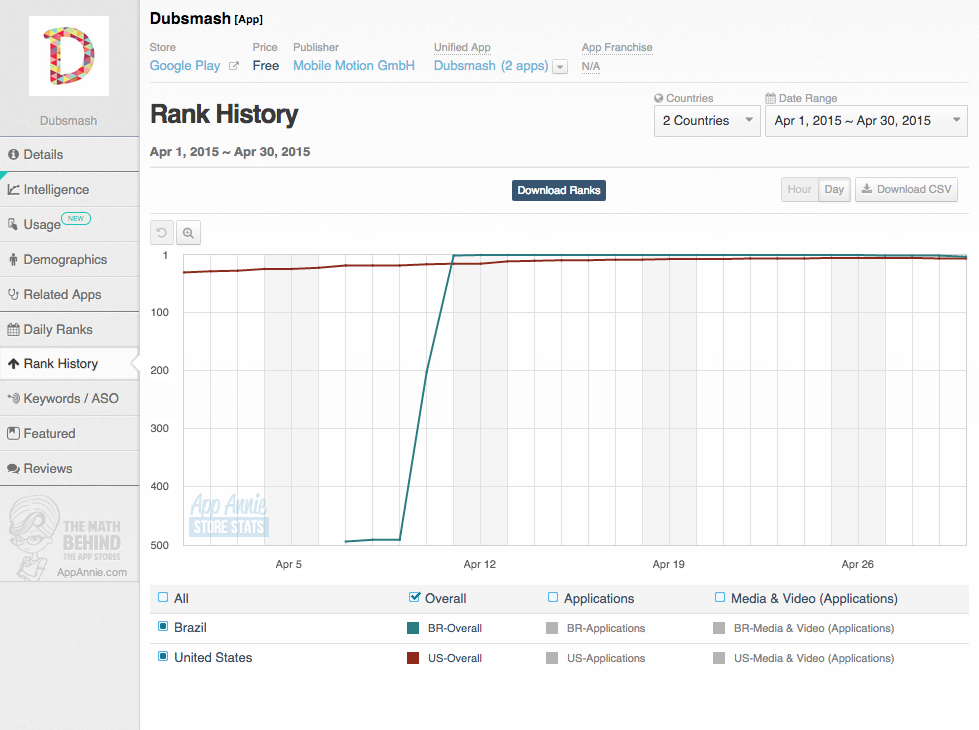 In April, Dubsmash shot up the rankings in Brazil.

However, it was in Brazil where Dubsmash grew at truly neckbreak speeds. The app spent more than a week as Brazil’s most downloaded app on both the Google Play Store and iOS App Store. As in the United States, celebrities in Brazil (such as singer Cláudia Leite and soccer star Neymar) used the app to record videos of themselves for their fans’ enjoyment. Brazil’s attachment to social media (the country has been called the “social media capital of the universe”), combined with the app’s focus on sharing through social networking apps, helps explain this remarkable growth. 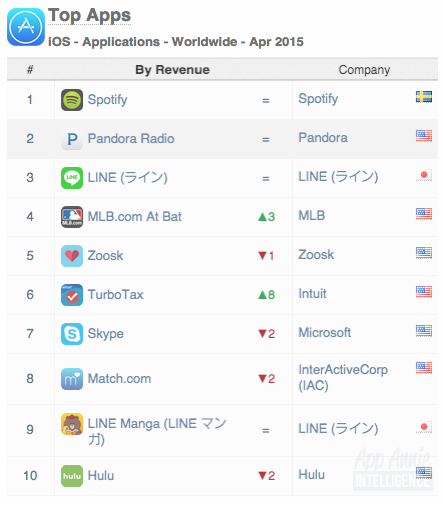 Tax day in the United States has come and gone, and TurboTax leveraged this increasingly mobile-first trend for tax preparation, reaching #6 on our iOS revenue charts. While February is historically a successful month for TurboTax, its biggest spike comes from the mad rush in the last few days leading up to the tax deadline on April 15.

The app offers a simple drag-and-drop interface, integration with the desktop TurboTax software, and the ability for users to take a picture of their W-2 to automatically fill out forms. All said, TurboTax is a prime example of apps blurring the lines between the digital and real world. 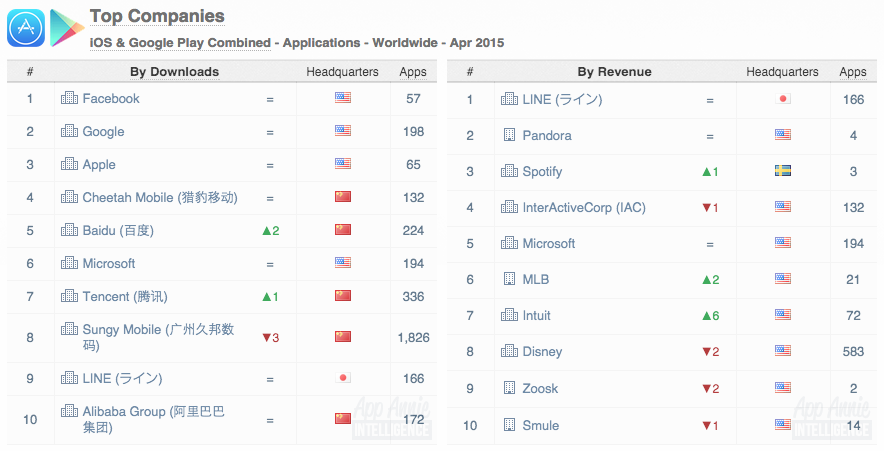