Karaoke Is Back! Group Video Steals the Show 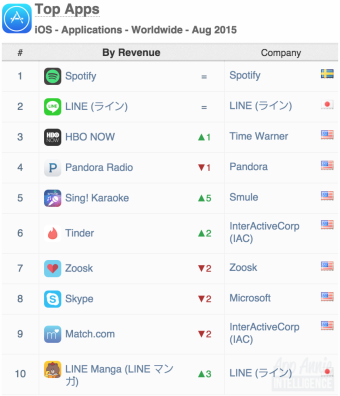 Sing! Karaoke was last highlighted in November 2014’s Apps Index thanks to the addition of a video duet feature which triggered strong revenue growth. In June 2015, Sing! Karaoke added another major feature that also appears to have paid dividends – group video. The feature allows users to record their performance, upload it to the Smule network and watch as other users add their own renditions to the evolving group video.

Following this update, Sing! Karaoke saw its revenue soar as the app gained 15 spots on the iOS revenue rankings from June to August 2015. 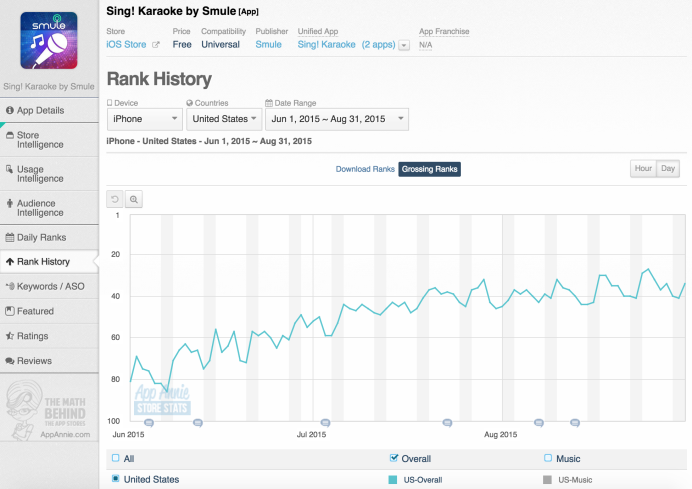 Sing! Karaoke’s grossing rank saw a sharp uptick in the United States after the introduction of a group video feature in June.

Sing! Karaoke’s daily grossing ranks in the United States saw an immediate uptick when its group video feature went live. With each new update, Smule has been able to attract and retain an increasing number of subscribers to its music-themed apps. We can hardly wait to see what the company comes up with next.

Another Lip Syncing Hit, This Time in China 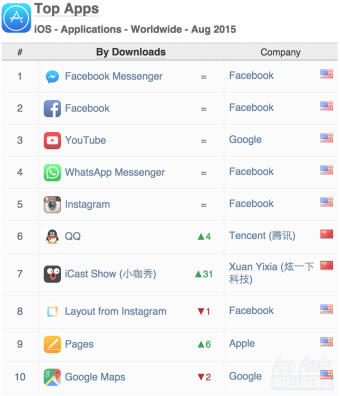 Blending music and video also proved to be a successful recipe in China as iCast Show gained 31 spots on the iOS download charts in August. It was published by Xuan Yixia, which counts Chinese internet giant Sina Weibo among its investors. Following in the footsteps of April’s international smash hit Dubsmash, iCast Show allows users to create and share videos of themselves acting out a popular song or phrase. 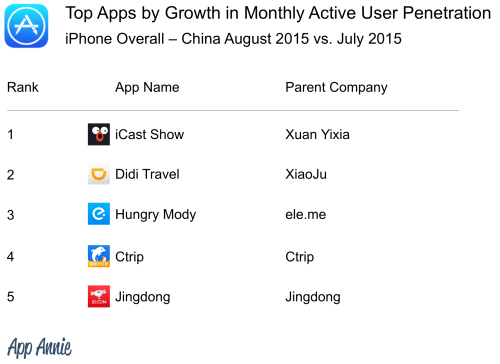 iCast Show saw the greatest change in monthly active users, among all games and apps in China, from July 2015 to August 2015.

iCast Show’s performance so far has been impressive to say the least. It saw the largest change in active user penetration from July to August 2015 among all games and apps in China.

iCast Show’s stellar performance could partly be the result of a key strategic advantage it holds over competitors: Sina Weibo’s backing. By virtue of being China’s most popular microblogging platform, videos shared on Sina Weibo may have had a significant impact on word-of-mouth and adoption. This bodes well for its long-term performance. 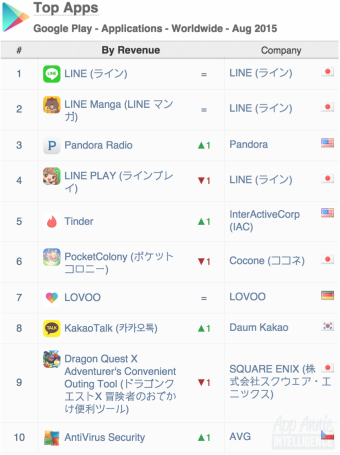 Tinder’s revenue growth has been spectacular on both iOS and Google Play ever since it launched its premium subscription service Tinder Plus. After its launch, parent company IAC reported strong growth in Tinder’s paid subscriptions in its Q2 2015 earnings statement. IAC may see another solid quarter in Q3 2015 as Tinder continues to climb the revenue charts since the end of Q2 2015. In August 2015, it gained another spot on Google Play’s revenue charts. 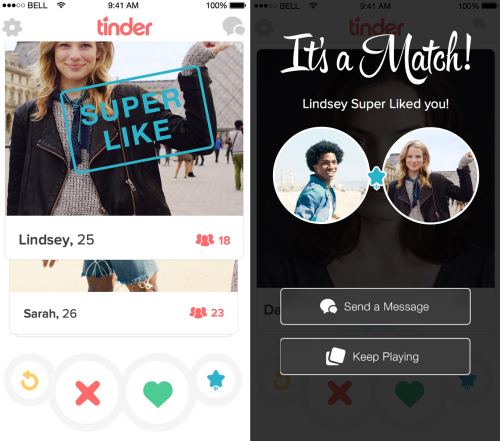 Tinder recently introduced a “Super Like” feature that allows users to communicate their interest in one particular profile. (Image Credit: Tinder Blog)

Tinder’s growth is set to receive another boost with the soft launch of its latest feature, Super Like. Instead of simply swiping right, users now have the option to swipe up in order to “Super Like” a particular profile. The liked person would notice this when they come across the other user’s profile, but before they can take any action (swipe right or left).

Users are only given one “Super Like” a day and cannot carry them forward, which introduces an element of scarcity. This feature has the potential to trigger deeper engagement and could indirectly contribute to growth in paid subscriptions.

For the complete list of August’s top apps and app publishers around the world, click the chart above.