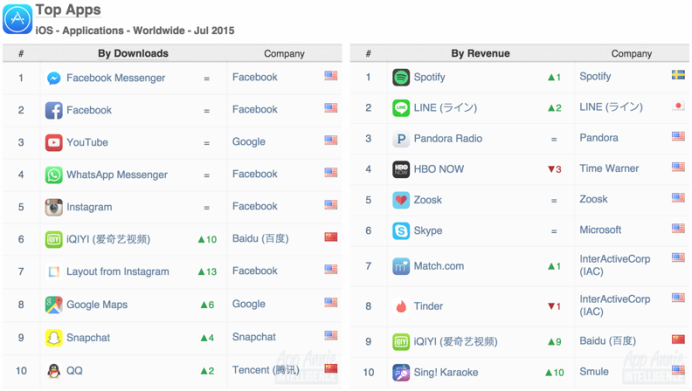 As we mentioned in our Q2 Market Index, video streaming apps in China have been in the midst of an impressive revenue growth cycle headlined by Youku, Baidu’s iQIYI and Tencent Video. But in July, iQIYI managed to separate itself from the pack thanks to spectacular growth in both downloads and revenues. iQIYI gained 10 spots by downloads and 9 spots by revenue to rank among the worldwide top charts for both metrics. 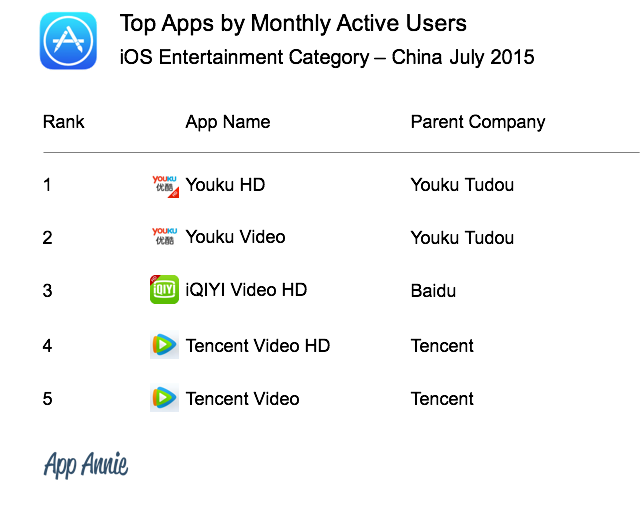 In July 2015, iQIYI Video HD ranked among the top five iOS Entertainment apps in China by monthly active users, with the other four spots all held by apps from Youku and Tencent.

In July, iQIYI Video HD also ranked among the top five iOS Entertainment apps in China by monthly active users. iQIYI also recently announced that its paid subscribers had hit 5 million users. This level of engagement could be a function of iQIYI’s massive library of premium content. Furthermore, content may have played a role in iQIYI’s July surge as it coincided with two major events. First, summer tends to be peak season for premieres and TV shows like Hua Qian Gu, Notes of Tomb Raiders and Extreme Challenge have proved to be very popular with iQIYI’s viewers.

In addition, iQIYI also announced the purchase of broadcasting rights for 800 films from Paramount Pictures. According to iQIYI, this marks the first time one of the “Big Six” Hollywood studios has signed a deal of this magnitude with a Chinese video streaming service. If its performance in July is anything to go by, these events give iQIYI an incredible opportunity to upgrade a meaningful portion of its 500 million user base over to its paid offerings. 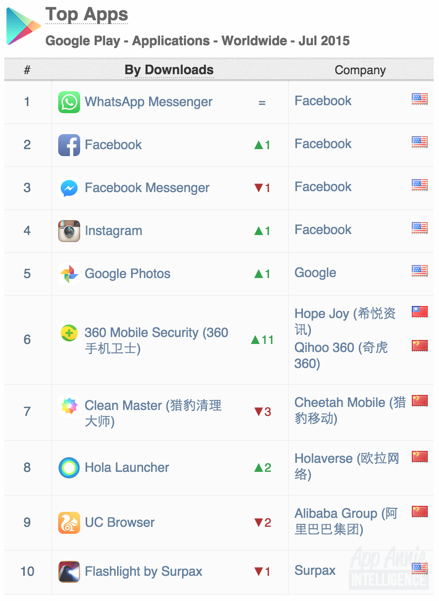 360 Mobile Security jumped up 11 spots to rank #6 in July’s Google Play download charts. As we mentioned in our Worldwide Index for Apps for February 2015, 360 Mobile Security is positioned as an all-in-one utility for malware protection, memory optimization and power saving. As a result, it has gained popularity in emerging markets where security apps have seen a higher uptake. 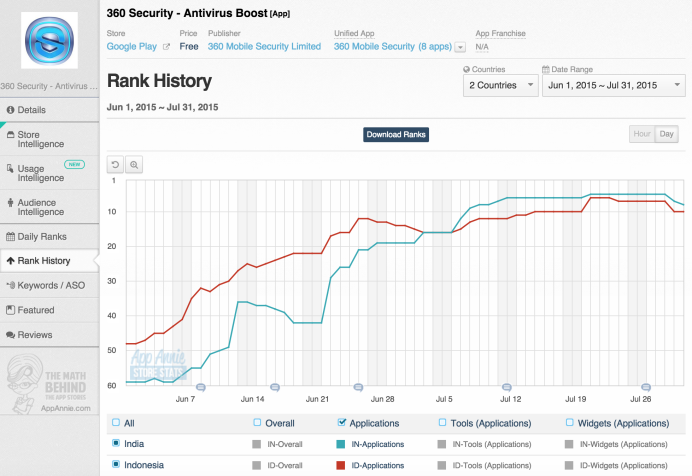 In particular, 360 Mobile Security’s growth was driven by its performance in India and Indonesia. This appears to be a part of an orchestrated user acquisition campaign, as app downloads began a sharp growth trajectory more than a week before the release of a high profile security report: Android Security Survey 2015 from 360 Mobile Security’s parent company, Qihoo 360.