APUS Rises Up the Charts on Google Play 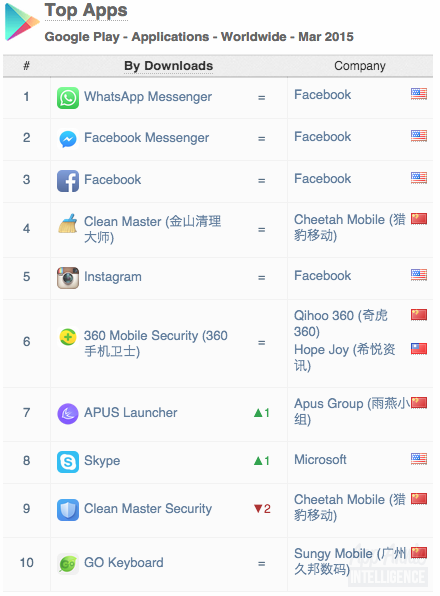 Since its launch in July 2014, APUS Launcher has rapidly climbed Google Play’s download charts and grabbed the #7 spot in March. As we mentioned in the November 2014's Apps Index, the popularity of lightweight launchers like APUS have been driven by the large install base of low-end, memory-constrained devices in emerging markets. Thanks to its feature set, APUS Launcher has become very popular in emerging markets like Brazil, Russia and India.

APUS Launcher, in particular, has won over users not only because of its performance, but also its customizability and ease of use. APUS Group, the company behind this innovative app, was founded by Tao Li, a former Vice President at Qihoo 360, a company that appeared in February 2015's Apps Index. 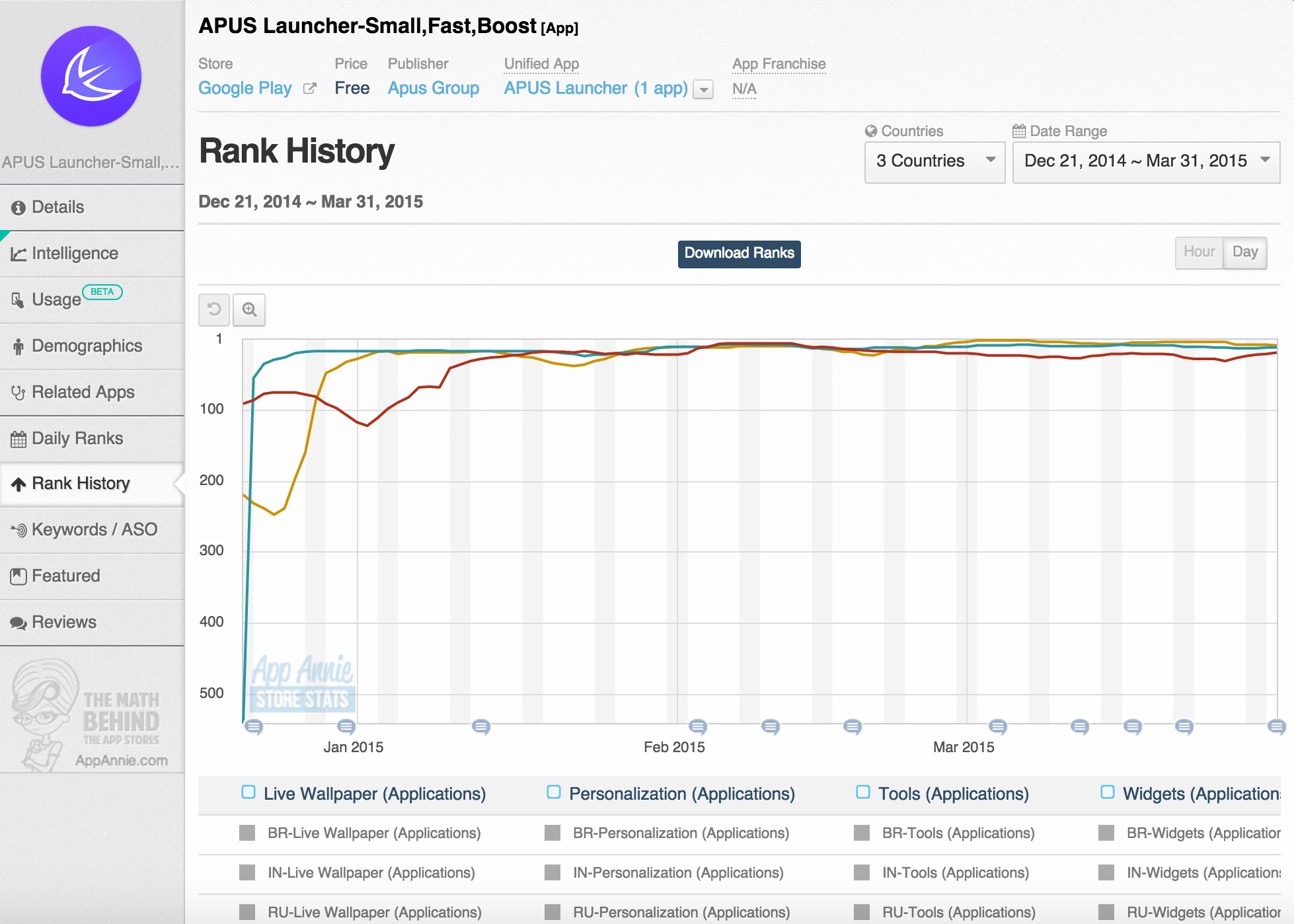 APUS Launcher’s success in populous emerging markets has helped it accumulate a significantly large user base. APUS’ growth also seems to have grabbed the attention of the investor community as the company announced $100 million in new funding. With this cash infusion, APUS seems poised to expand its range of services and continue its growth trajectory. 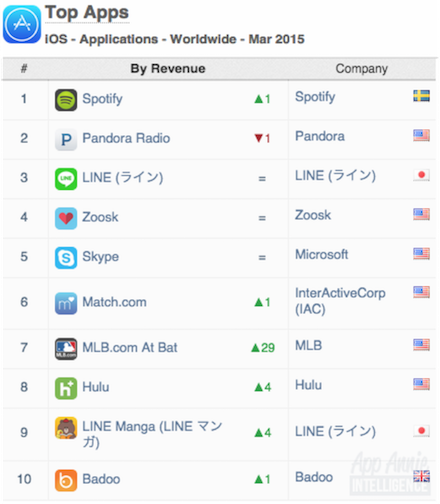 Manga-style comics have always been an integral part of Japanese pop culture. Therefore, it should be no surprise that the demand for manga apps exploded as smartphone penetration in Japan increased. Strong domestic demand, combined with backing from one of the most popular mobile publishers in Japan and well-timed marketing efforts, helped LINE Manga climb the Worldwide iOS revenue charts in March. 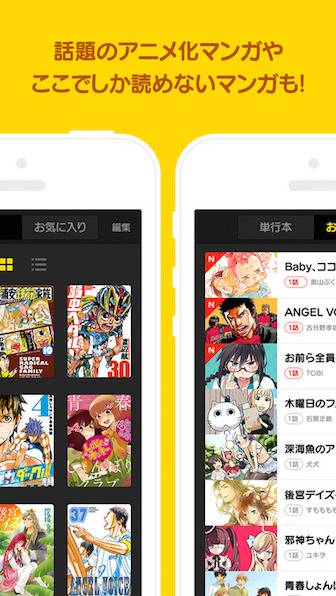 Users can purchase about 80,000 Manga comics from LINE Manga, thanks to LINE’s partnerships with major Japanese publishers like Shueisha and Kodansha.

LINE Manga’s success in March may have been a result of a huge marketing campaign in collaboration with Attack on Titan. Attack on Titan has been a popular Japanese manga series since 2009, especially among younger readers. It became a social phenomenon in 2013 thanks to the debut of its animated TV series. Its popularity has reached a crescendo as new animated movies and a live-action version are to be released this summer. The campaign was based on a special volume of “Attack on Titan” available on LINE Manga. Readers were given access to exclusive stickers of the manga’s characters, which could then be used on LINE. This campaign leveraged one of LINE’s unique strengths: its ability to engage and market to users across their apps and services including LINE, LINE Manga, LINE Play, and more. 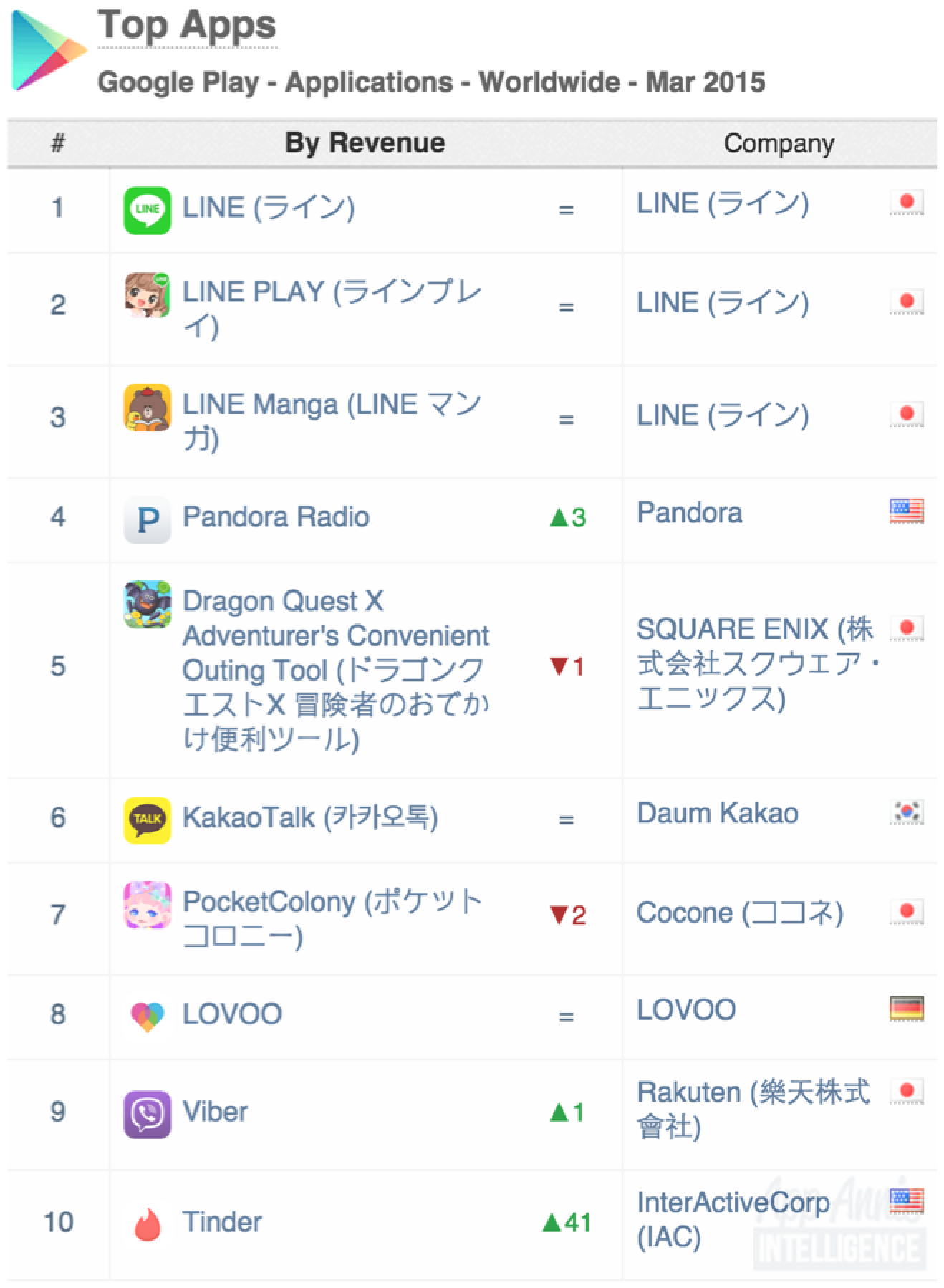 Tinder climbed Google Play’s revenue charts in March thanks to the launch of its premium subscription service Tinder Plus. Subscribers gain access to additional features including the option to undo previous swipes and the ability to meet matches in user-selected areas (rather than the default within-X-miles radius). Tinder Plus saw strong uptake in the United States and United Kingdom. 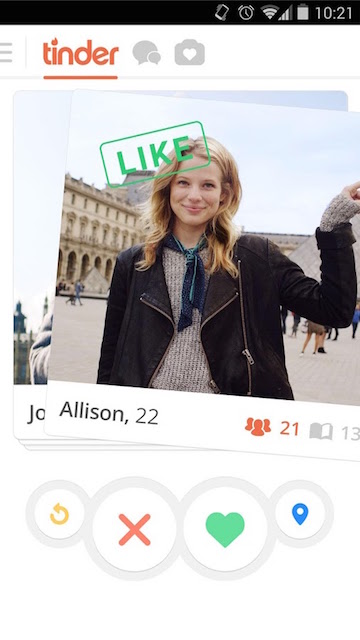 As expected, Tinder’s parent company InterActiveCorp (IAC) gained 6 spots on Google Play’s revenue charts thanks to the launch of this premium service. According to IAC, if Tinder’s ARPU matches other IAC properties, it could generate an EBITDA of $75 million this year. So although Match.com and OkCupid have been IAC’s primary revenue growth drivers so far, Tinder could be just as (or more) important going forward. 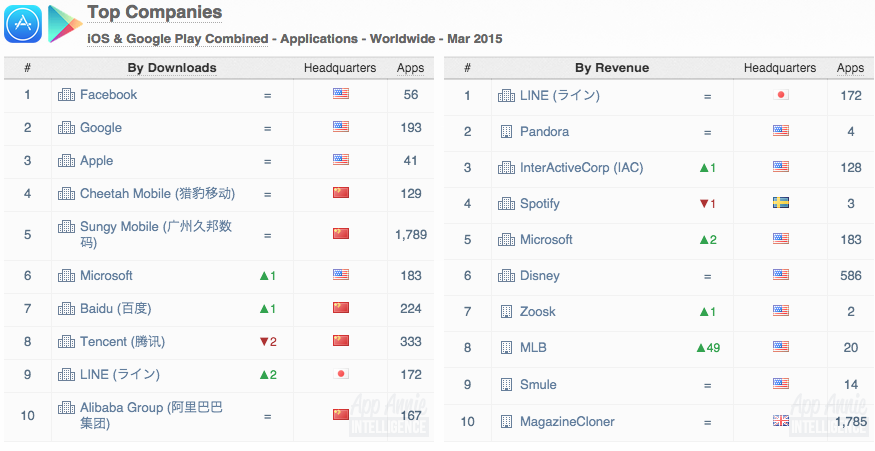 For the complete list of March’s top apps and publishers around the world, click the chart above.