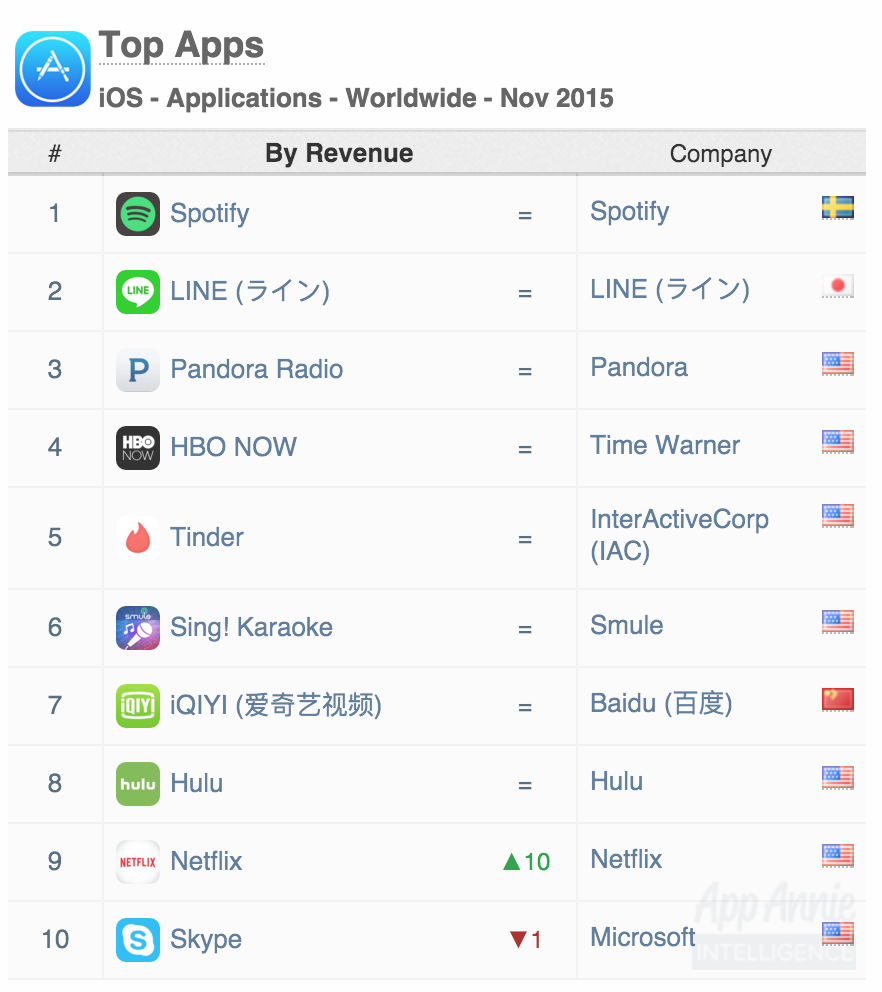 After HBO Now in May, Netflix broke into the top revenue charts for iOS apps excluding games in November 2015 following the introduction of subscription in-app purchases on iOS in late September. In-app purchases allow users to subscribe to Netflix from their iPhone or iPad, replacing the manual entry of credit card details with a simple purchase button. Users no longer have to go to their PC or mobile browser to sign up. As a result, Netflix saw revenue soar globally by iOS revenue in November.

Like Hulu, who began offering subscriptions via in-app purchases in 2014, Netflix didn’t adjust its subscription prices within mobile apps to make up for the 30% fee Apple typically retains.

HBO Now continues to lead global iOS revenue for video-streaming apps, followed by Hulu and iQIYI. However, Netflix’s popularity —  it currently has over 69 million users — international expansion and doubling of original content to the tune of $5 billion in 2016 poises them for increasing mobile subscriptions in the months to come. 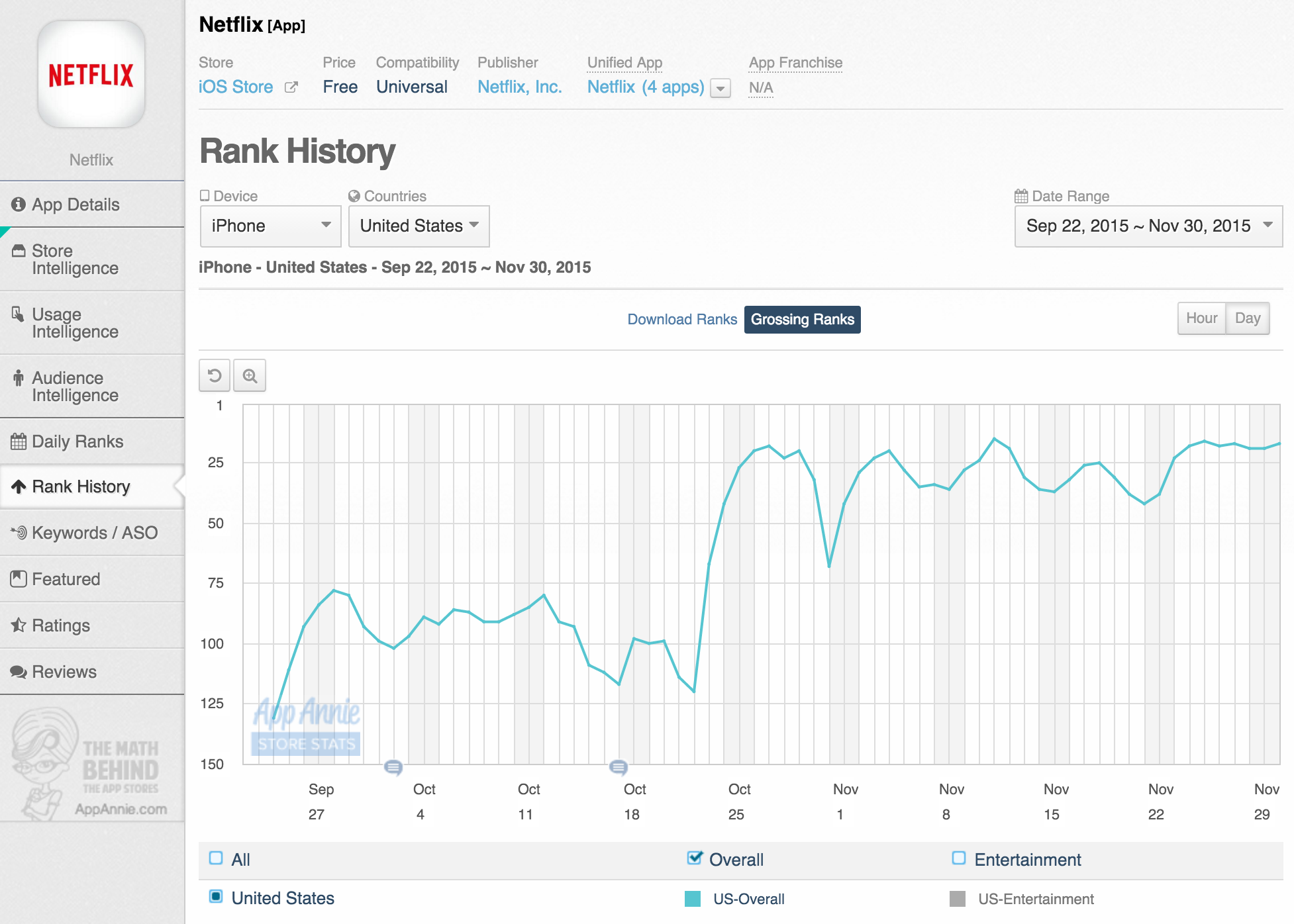 Since releasing in-app purchases on iOS, Netflix has risen steadily through the top grossing ranks in the US. 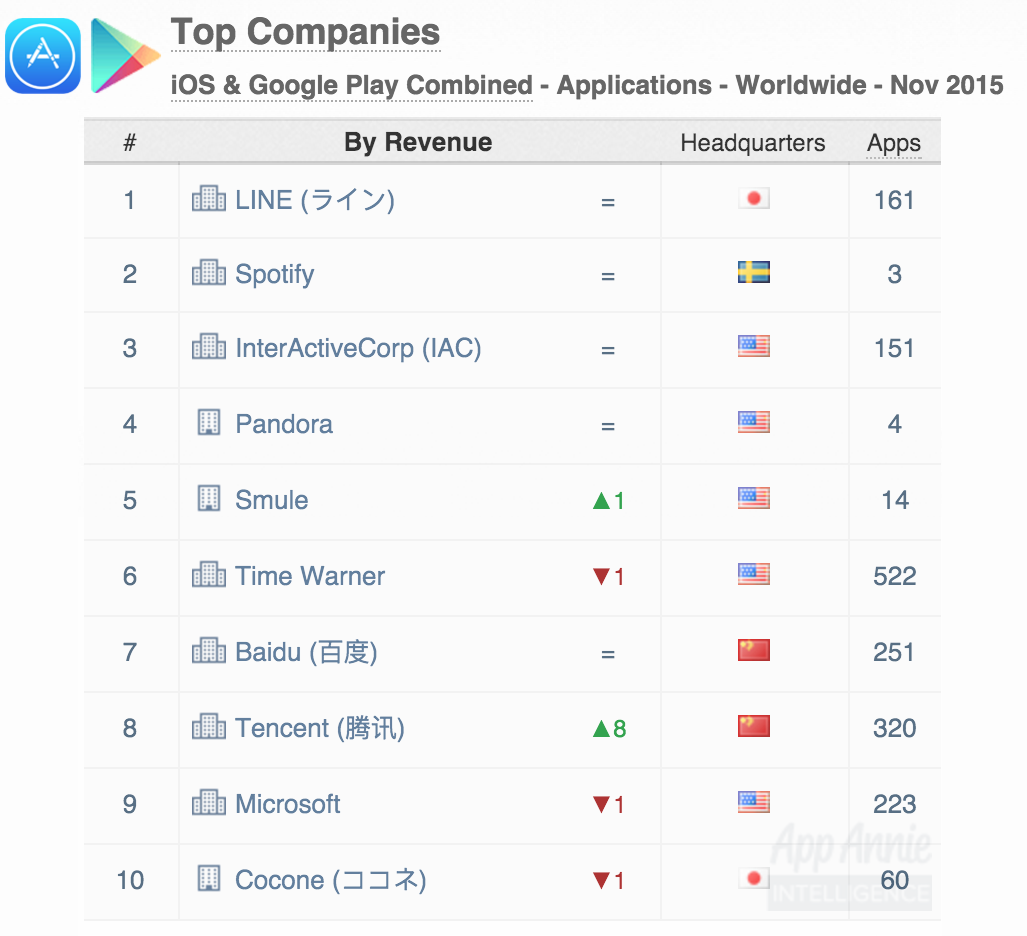 Publisher Tencent rose 8 ranks to #8 for worldwide combined iOS and Google Play revenue, driven largely by its revenue growth in Tencent Video and QQ in China. The NBA and Tencent announced their exclusive partnership for Chinese digital coverage of the NBA for five years. This partnership was rolled out to mobile as Tencent Video released new updates in late October and early November in preparation of the first NBA season beginning October 27th. As a result, Tencent Video saw a large increase in revenue for the month of November. As the NBA season continues, there is a huge opportunity for further revenue growth in China.

WhatsApp Messenger surged in downloads to regain the #1 rank for worldwide Google Play downloads and worldwide iOS App Store & Google Play combined downloads. This increase is heavily influenced by steady growth in emerging markets such as Brazil, Mexico and India. WhatsApp has historically had a strong hold in these countries, topping the charts in both monthly active users and downloads for the Android-dominant markets.

In Brazil, along with other emerging markets, WhatsApp served as a messaging alternative to SMS — which has historically been expensive. One of Brazil’s largest carriers, TIM, has even gone so far as including WhatsApp free of data charges in their postpaid mobile plan.

WhatsApp was the most-used communication app by monthly active users on Android phones in India and Brazil in November 2015.

As mentioned in our recent report, messaging apps’ global popularity — both in terms of downloads and usage — paves the way for expanding functionality and monetization opportunities schemes. WhatsApp rolled out free voice calling for Android devices in March and iPhones later in the year. WhatsApp Web was also launched to enable messaging from desktop devices using users’ mobile accounts. With WhatsApp’s sizable community of 900 million monthly active users it is, an important space to watch. 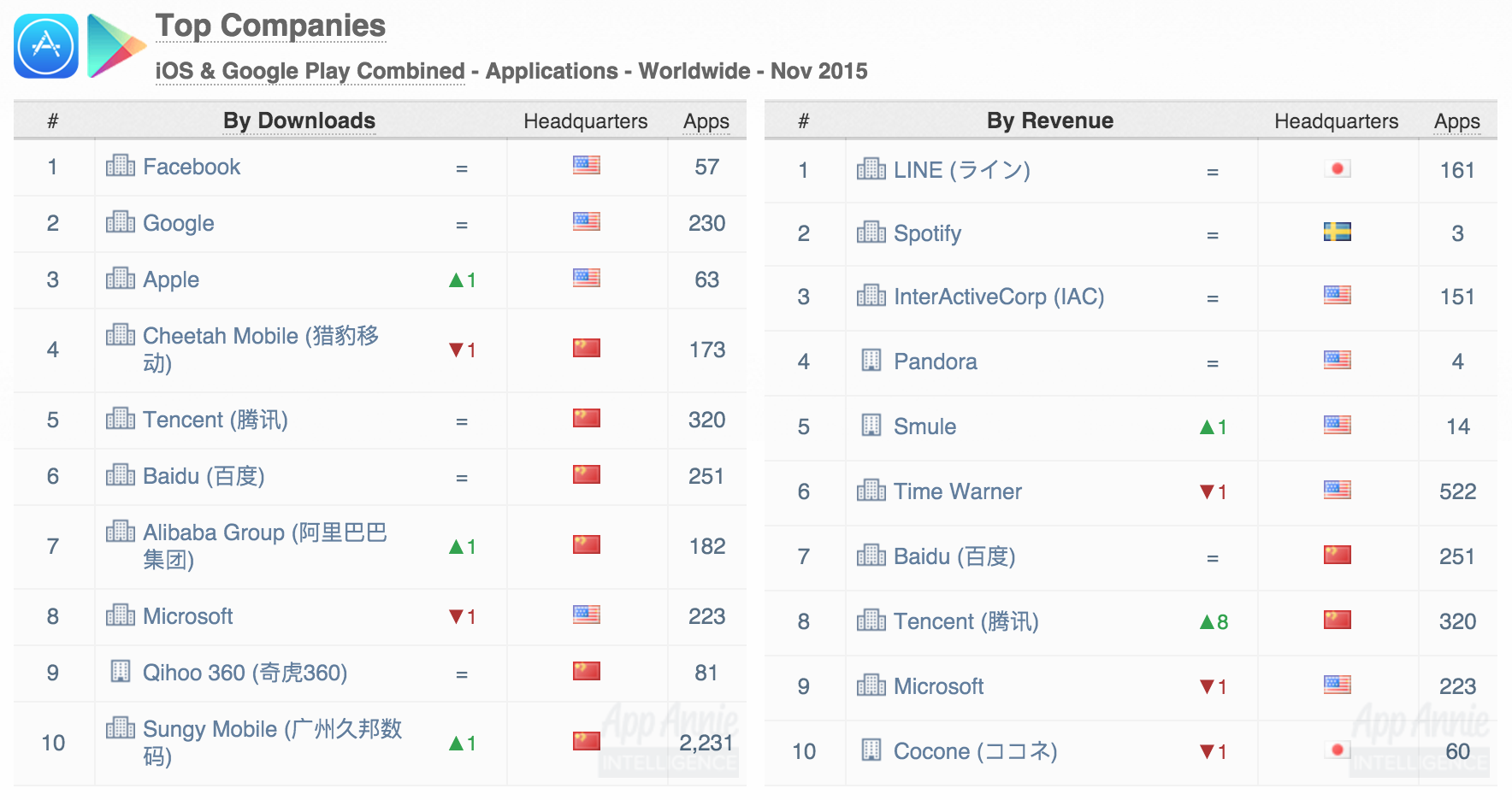 For the complete list of November’s top apps and app publishers around the world, click the chart above.