Mobile Security Apps Are on the Rise With CM Security 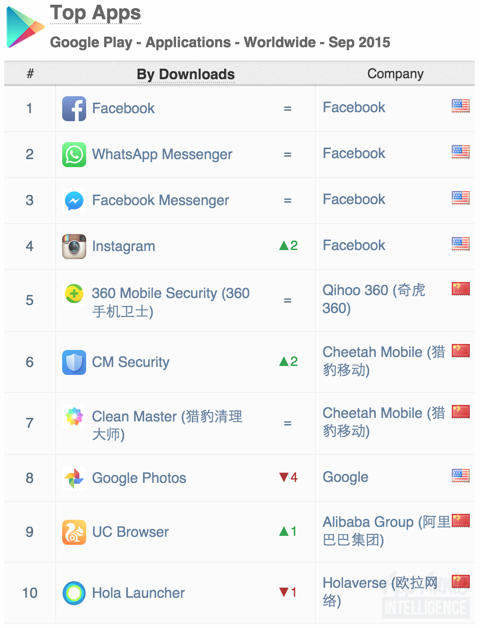 The app also offers a differentiating feature called Intruder Selfie which automatically takes a photo with the device’s front-facing camera whenever two failed attempts are made at accessing private content.

Cheetah Mobile’s antivirus protection, which is included in both CM Security and Clean Master, has been repeatedly rated the best Android security app by independent security firm AV-TEST.

CM Security, along with Cheetah Mobile’s other hit utility app Clean Master, received a significant share of its downloads in emerging markets. This is a common theme among utility apps in general; users on low-cost devices especially benefit from apps such as CM Security that offer to get the most out of their hardware. CM Security’s massive popularity in Brazil and India, where low-cost Android devices are prevalent, supports this notion. We reached out to Xinhua Liu, CMO at Cheetah Mobile, who spoke about the company’s app development process:

“Speed and agility have been crucial to Cheetah Mobile’s success in the fast-paced emerging markets. We keep our product and feature teams small so we can build new apps and features in a matter of weeks. We also update our apps frequently so that we can respond immediately to user feedback.” –Xinhua Liu, CMO at Cheetah Mobile 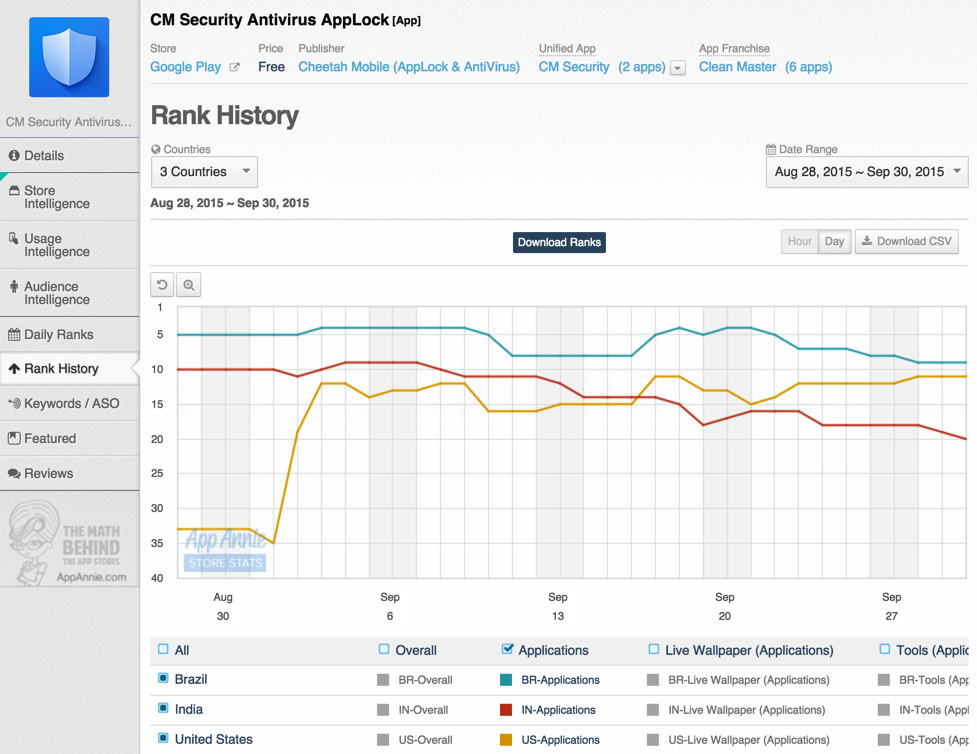 CM Security made major gains in the US in the beginning of September.

CM Security’s success is not limited to emerging markets. In particular, CM Security experienced considerable download gains in the US near the beginning of September. With mobile viruses potentially infecting hundreds of thousands of devices, anticipate security apps to continually rank in the download charts. 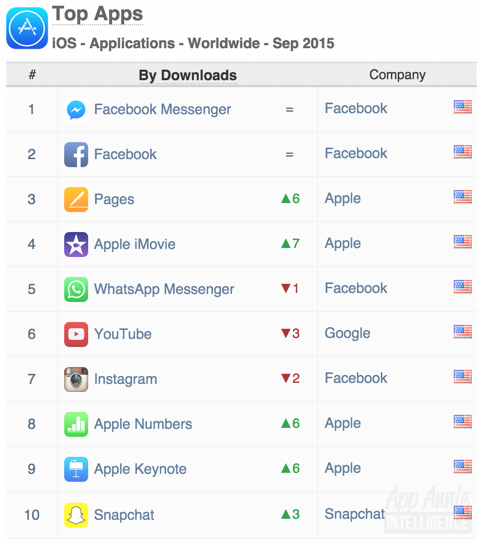 With the record-breaking launch of Apple’s iPhone 6S and 6S Plus, Apple’s suite of productivity apps has once again made a huge splash in the iOS download rankings, with Pages and Apple iMovie leading the way. From August to September, Apple went from having one app in the chart to four, and from being the #4 company in iOS downloads to the #1 company. This surge was driven by Apple’s two-year-old policy of making these otherwise paid apps available free on all new iOS devices sold. 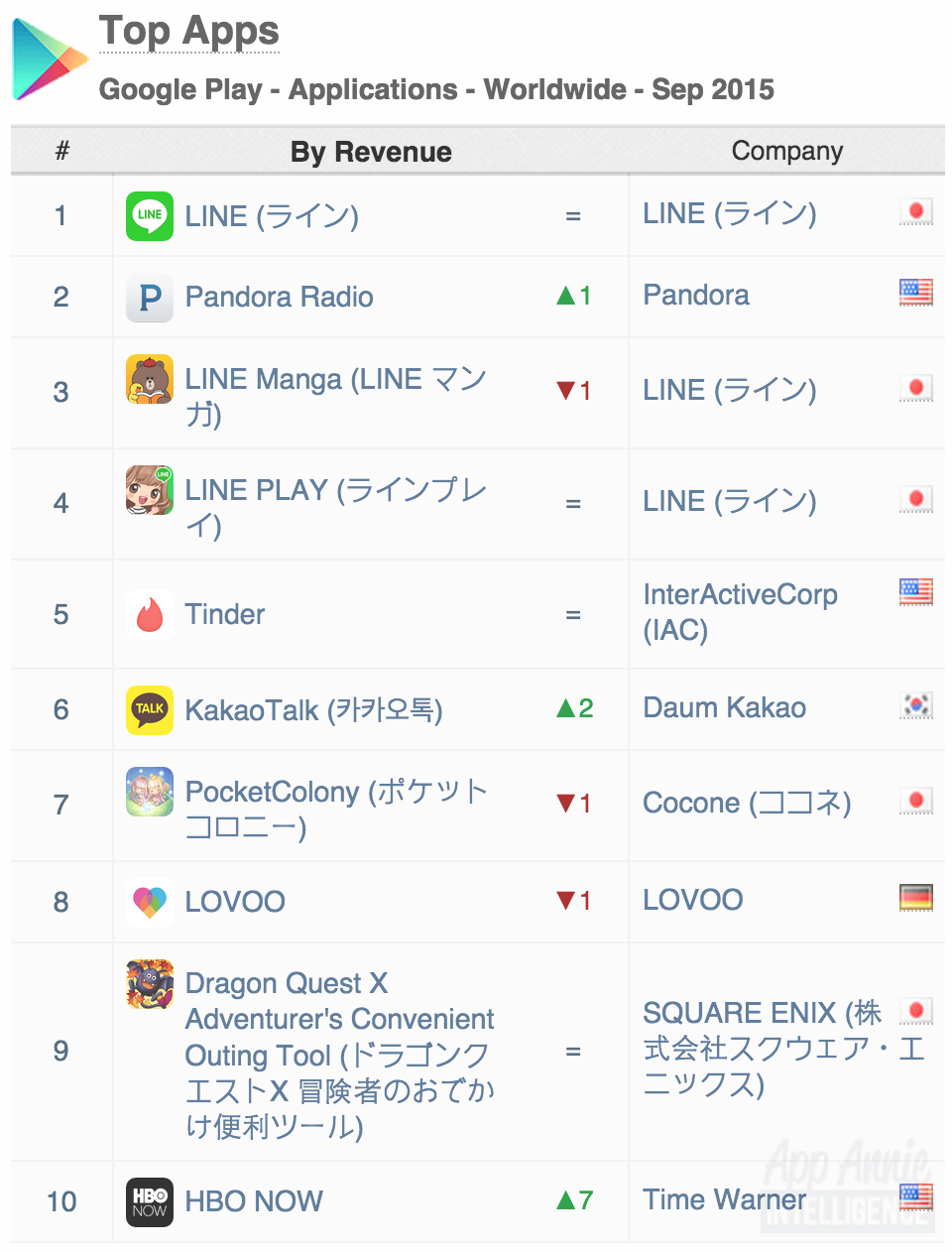 We have written extensively about the breakaway success of HBO NOW on iOS, first in our May 2015 App Index and in later reports about video streaming and cord-cutting. Now that the mobile app is no longer exclusive to iOS, the standalone streaming app has entered the Google Play revenue chart in September. 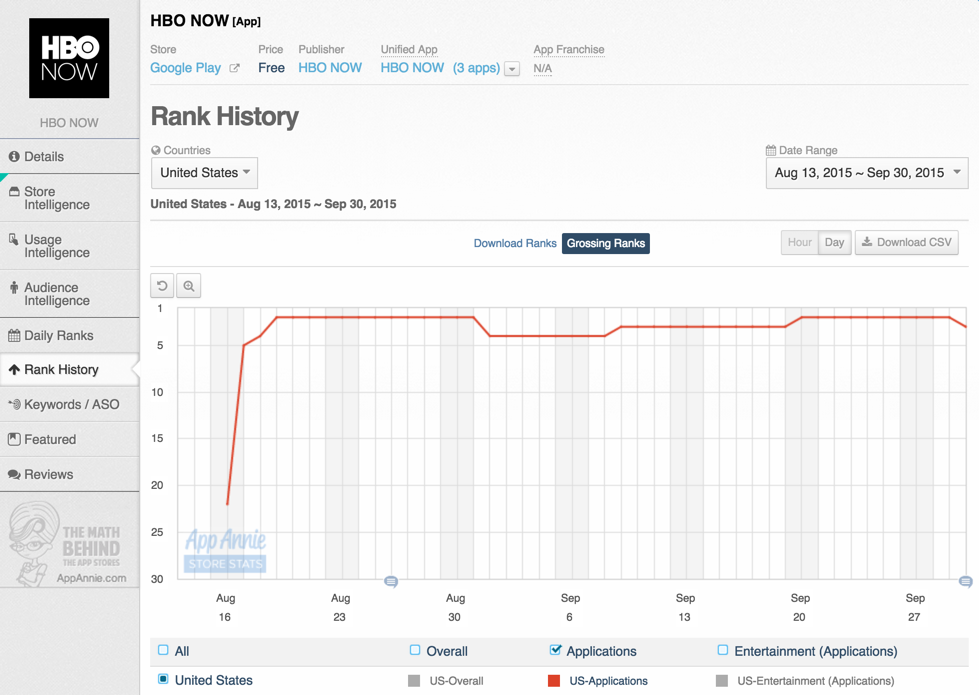 In mid-August, when the early adopters’ 30-day trial periods began to expire, the app shot up the US grossing ranks, just as it did on iOS in May. This repeated success begs the question: if HBO decides to release the app outside of the US (something they have expressed interest in doing), just how much bigger can it get?

For the complete list of September’s top apps and app publishers around the world, click the chart above.