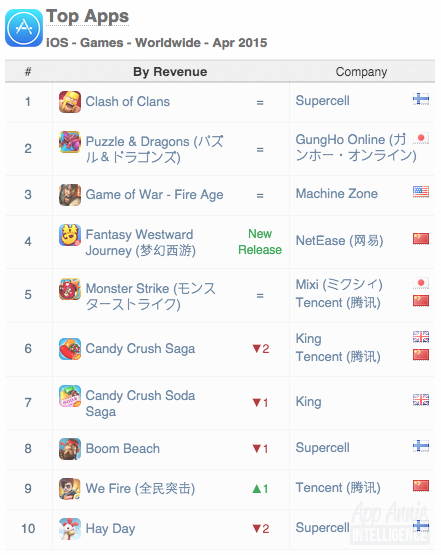 In our March Games Index, we wrote about the success of Chinese massively multiplayer online role-playing game (MMORPG) Shenwu, which reached #9 in monthly iOS revenue. In April, another Chinese MMO took the spotlight: NetEase’s Fantasy Westward Journey. This name should be familiar to followers of the desktop MMO scene in China: the original Fantasy Westward Journey was an immensely popular PC MMO that reached over 2.6 million peak concurrent users in 2010.

The mobile version seems poised to repeat that success. The game was by far the highest grossing iOS app in China throughout April and shows no sign of slowing down. The app began its ascent in late March when it became the top grossing app in China and remained there throughout most of April. 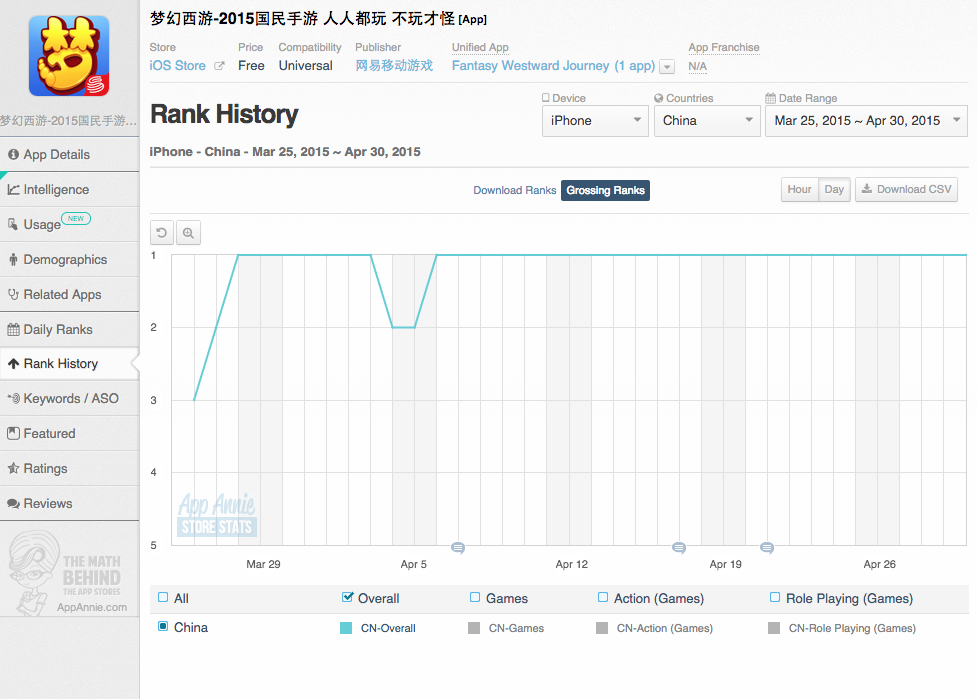 The original 2004 PC version’s decade of continued success was largely restricted to China (the game is based on the classic Chinese novel Journey to the West). It will be interesting to see whether NetEase attempts to bring Fantasy Westward Journey to audiences outside China, seeing as it has struck distribution deals with foreign publishers before. Regardless of this, however, we look forward to seeing whether NetEase manages to join the ranks of the Chinese core game giants Tencent and Perfect World who successfully made the transition to mobile. 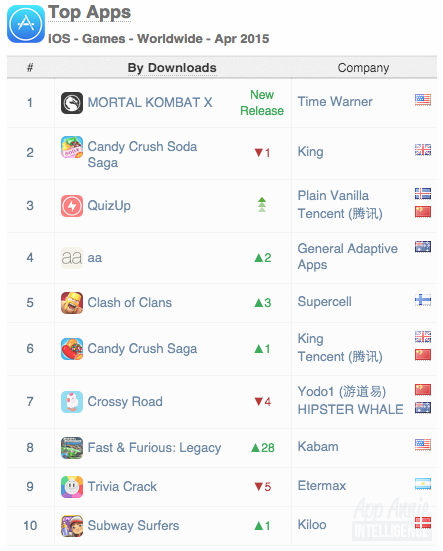 Released a week before its console counterparts, the iOS version of Mortal Kombat X topped our iOS download chart for April. The game saw staggering success throughout the world, reaching the #1 Daily Rank in Games in over 100 countries by the end of the month. The game offers a simplified version of the franchise’s classic fighting gameplay, complete with detailed visuals that are every bit as gruesome as fans have come to expect. Players assemble a team of three fighters to do battle while collecting virtual cards to upgrade their team’s stats and unlock new characters.

Mortal Kombat X features an interesting cross-functionality between platforms. Playing the mobile version of the game allows players to unlock content in the console version (and vice versa). This type of cross-functionality between mobile and console is not new to publisher Warner Bros. Their 2013 release of Injustice: Gods Among Us had a strikingly similar strategy, down to the pre-console release timing and inter-platform unlockables. We look forward to seeing how other console publishers such as Nintendo choose to invest in mobile tie-ins to promote their console games. The landmark success of Mortal Kombat X suggests that, done correctly, this can be a winning strategy. 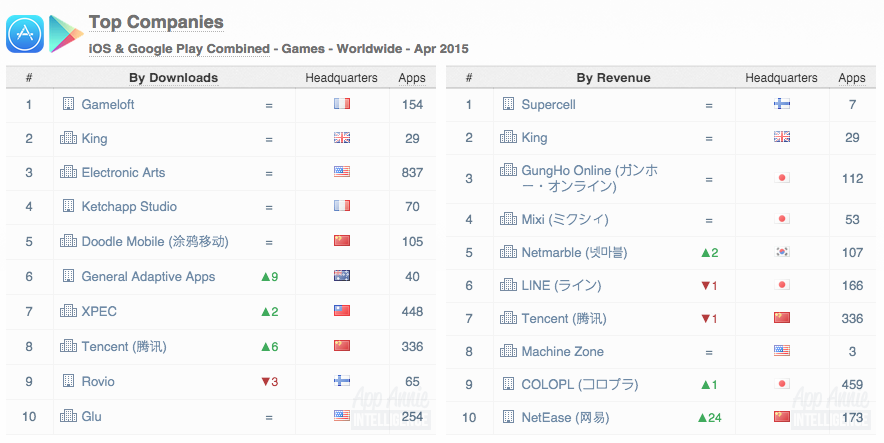 For the complete list of April’s top games and game publishers around the world, click the chart above.