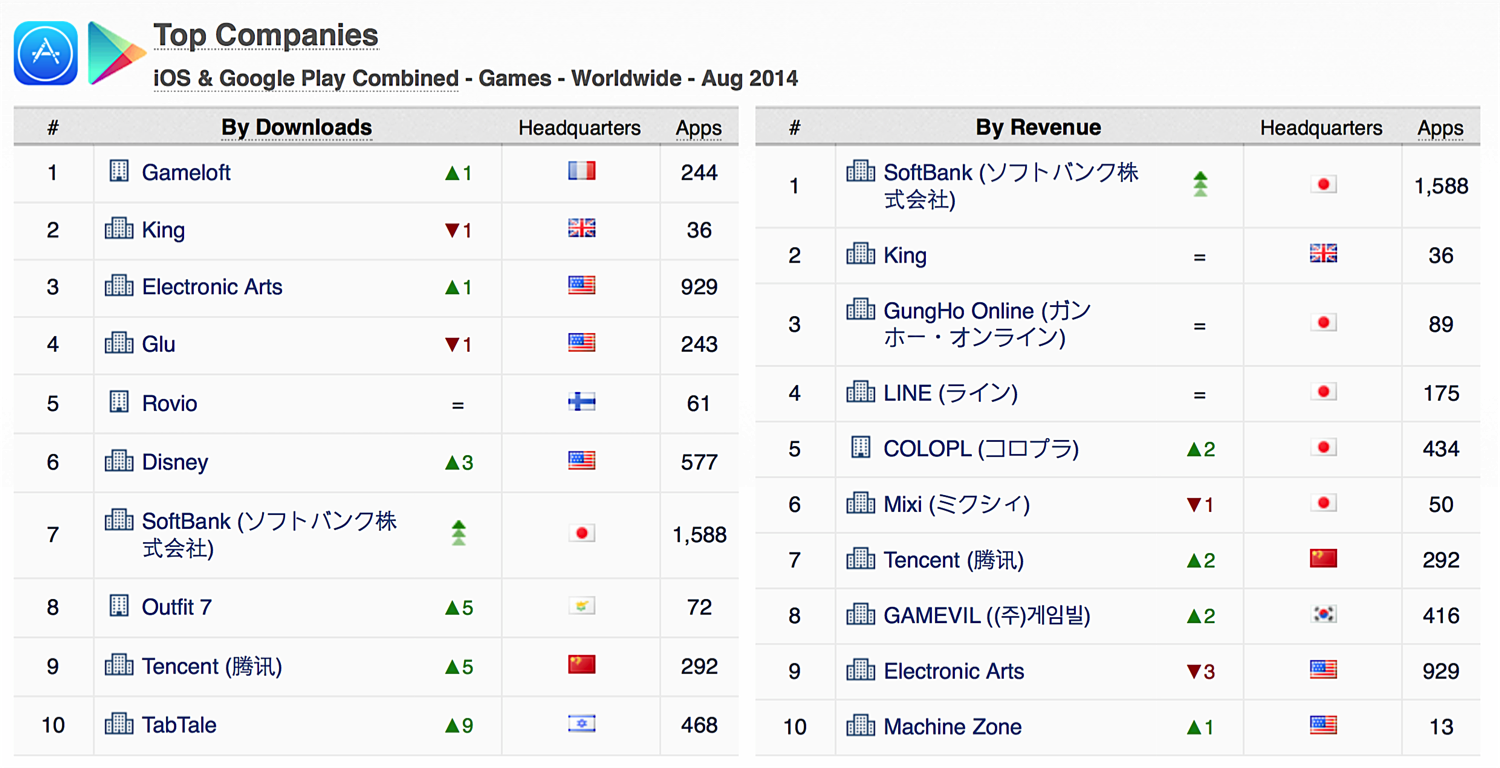 For the complete list of August’s top apps and publishers around the world, click the chart above.

Crazy Taxi and Despicable Me Rush Up the Charts 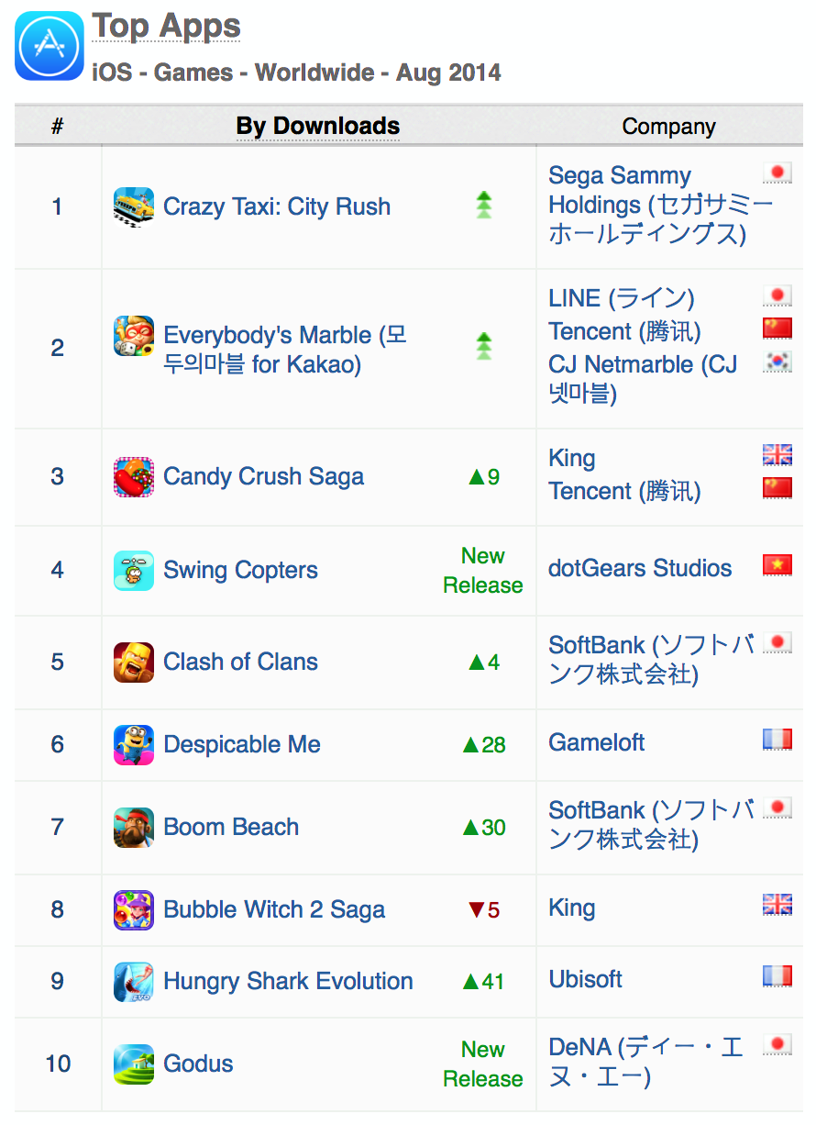 In late July, SEGA released a mobile game based on one of its most iconic franchises: Crazy Taxi: City Rush. As SEGA announced earlier this year, original Crazy Taxi creator Kenji Kanno teamed up with SEGA mobile developer Hardlight Studios “to reimagine Crazy Taxi for a new generation of mobile gamers”. Judging by the breadth of countries in which the game was featured on the iOS App Store and its numerous positive reviews, the mobile addition to the franchise is living up to the spirit of the original. 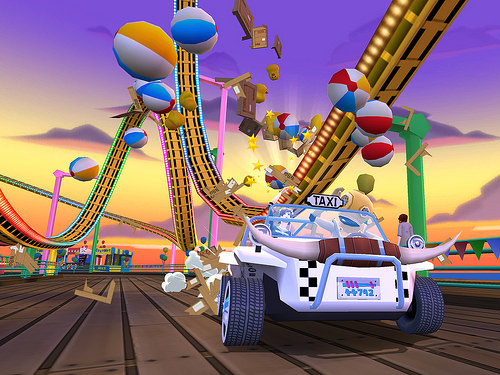 After a successful soft launch in Canada, the game was released globally on July 31 and finished strong in August as the most downloaded game on iOS. SEGA Networks Inc. SVP Chris Olson said this to App Annie about the game’s success:

“Crazy Taxi is one of SEGA's most beloved and iconic brands. The fan response to Crazy Taxi City Rush validates the power of our IP and the inherent fun of the game. We thank Hardlight Studio for their exceptional work on the game. They built it from the ground up and worked hand-in-hand with the original game creator to ensure the thrills, speed and fun of Crazy Taxi carried over into Crazy Taxi City Rush. We couldn't be happier with the results and will continue to bring compelling, fun and quality experiences to SEGA fans everywhere.” --Chris Olson, SVP at SEGA Networks Inc. 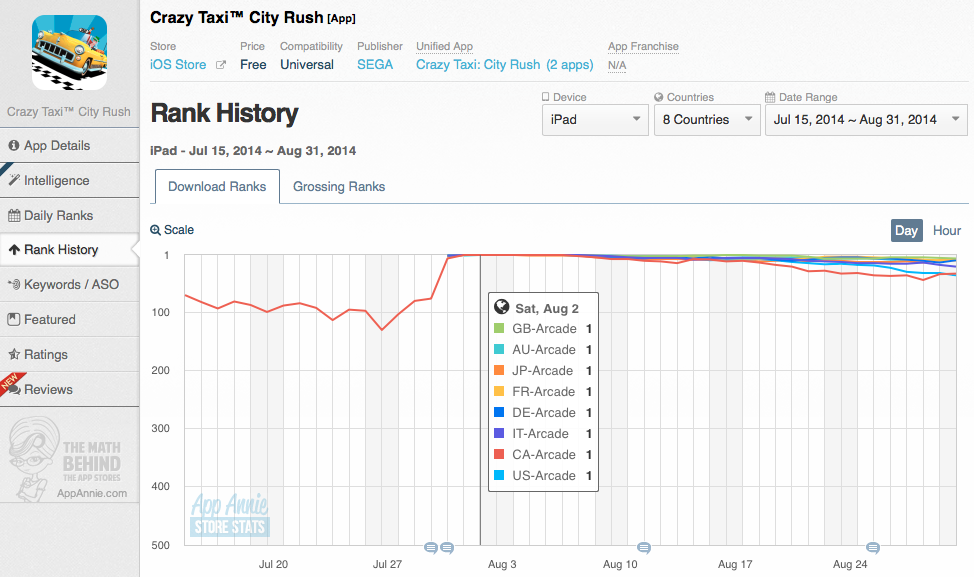 Gameloft was another traditional video game developer that stood out in the August charts. It scored with an update to its movie-based title: Despicable Me. In late July, a new mode named the "Jelly Lab" was introduced. Its gameplay lets players explore new iconic scenery through a variety of missions to collect fruit for making jelly. This update seems to have hit the sweet tooth of Despicable Me players, as downloads accelerated during August on both iOS and Google Play, and the app secured the #4 spot in the combined worldwide download charts. 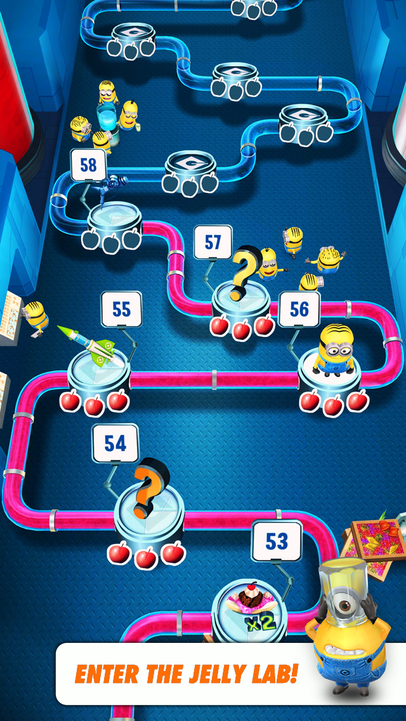 In August, Tencent released two established hit games in China. After signing a deal with King in April, Tencent released a localized version of Candy Crush Saga in China. The Chinese version of the game, 糖果传奇, is integrated with Tencent’s Mobile QQ and Weixin social networks to supporting local engagement. The game’s immediate popularity in China brought the well-established Candy Crush Saga back into the top 10 worldwide download charts. 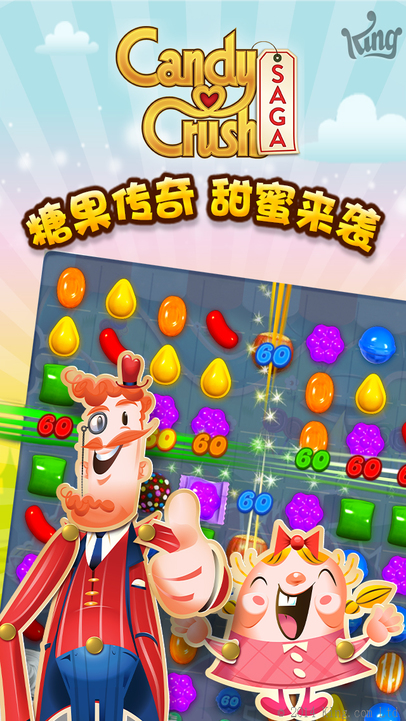 Everybody’s Marble is also a familiar name to the Asian top-performing game charts. In August, Tencent released a new version catered to the Chinese market: 天天富翁. The game has similar features to the classic board game Monopoly, which was popular among Chinese players as well. Everybody’s Marble hit #2 in global iOS downloads and reached #1 in China. WeChat is integrated into the Chinese version of Everybody’s Marble, similar to the game’s releases in Japan with LINE and in South Korea with KakaoTalk. 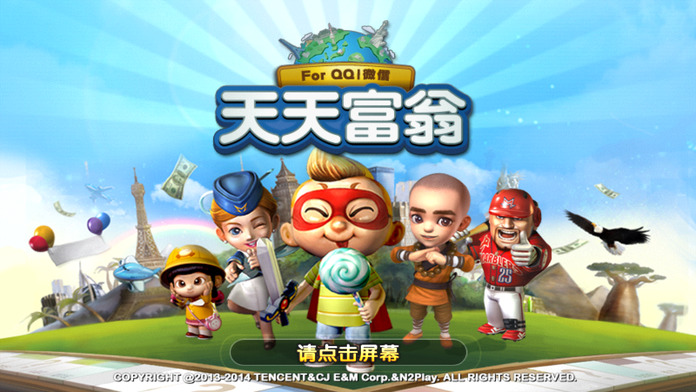 The Chinese version of Everybody’s Marble integrates with Tencent’s platforms QQ and WeChat.

SoftBank is another Asian company that impacted August’s global game charts. In August, SoftBank secured a majority stake of the voting stock in Supercell, creator of top game titles Clash of Clans, Hay Day and Boom Beach. Even though Supercell’s games have been in the top charts for a long time, they continue to use new features and version updates to help grow their audiences. For example, Boom Beach showed impressive moves in the iOS download charts worldwide and in China for August, coinciding with its latest version update. SoftBank expects the partnership with Supercell to be a driver of long-term growth. 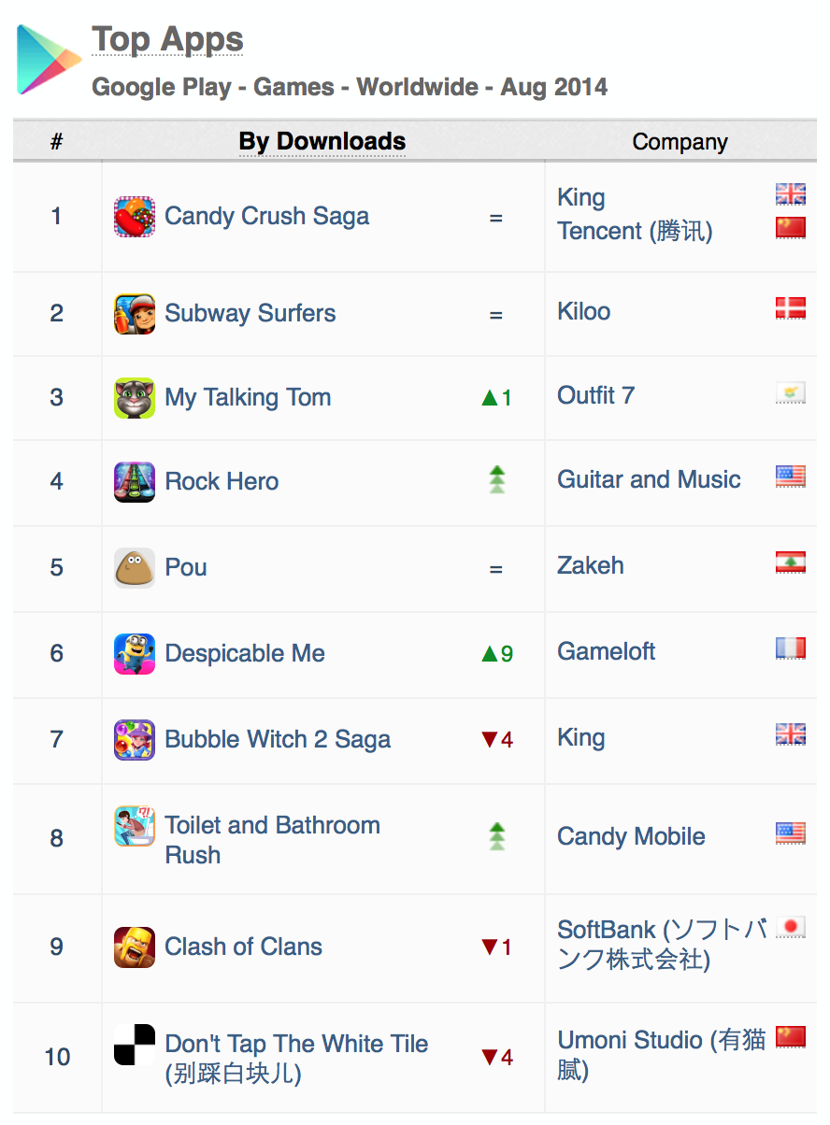 Rock Hero was one of Google Play's stand out games in August. Following its late July release, the guitar game generated enough downloads in August to finish #4 on Google Play's worldwide chart. 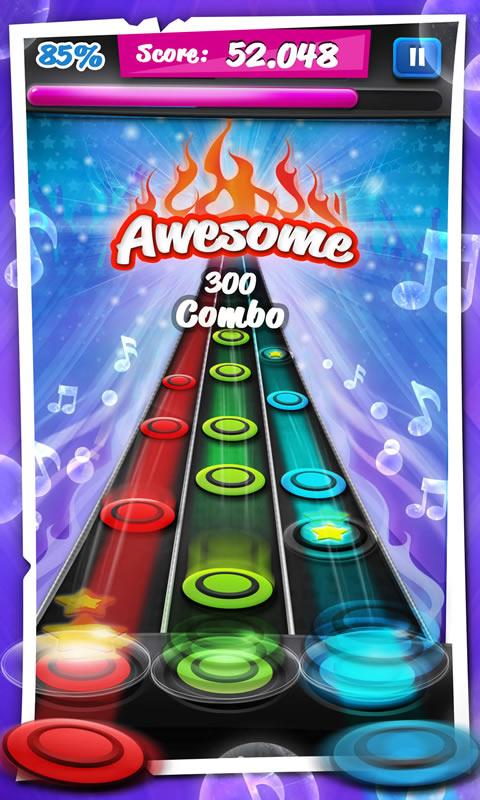 Reminiscent of Guitar Hero, just on the mobile phone -Rock Hero for Android.

Rock Hero, which is reminiscent of classic console video games Guitar Hero and Rock Band, was most popular in the United States, Brazil and Mexico. The game, which is published by Guitar & Music Games, has only been released on Google Play so far, but its current popularity suggests the potential for success on iOS as well. 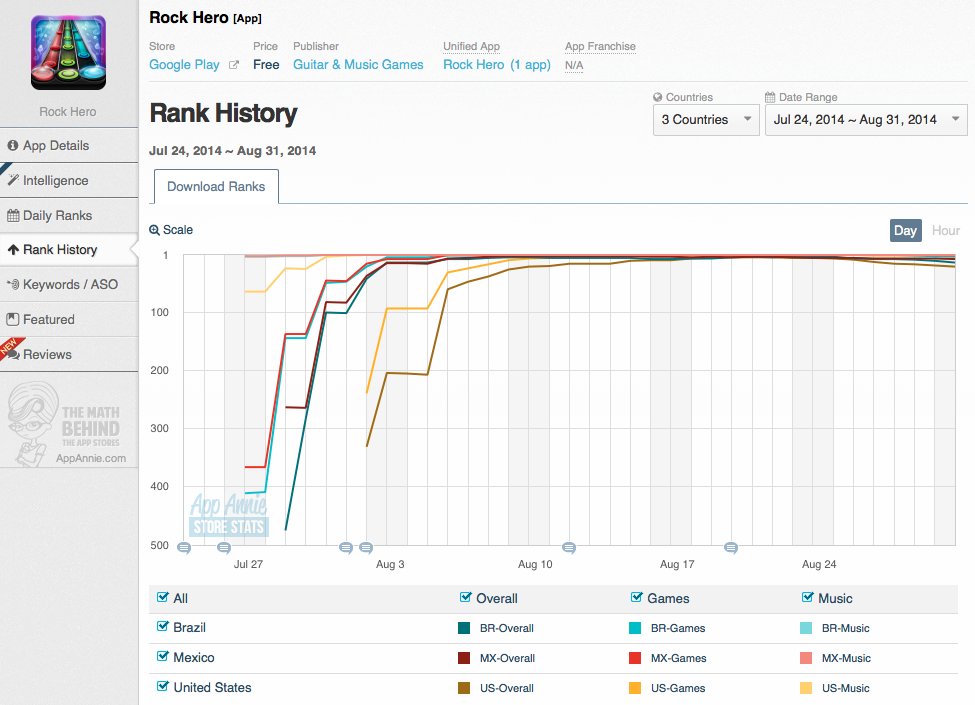 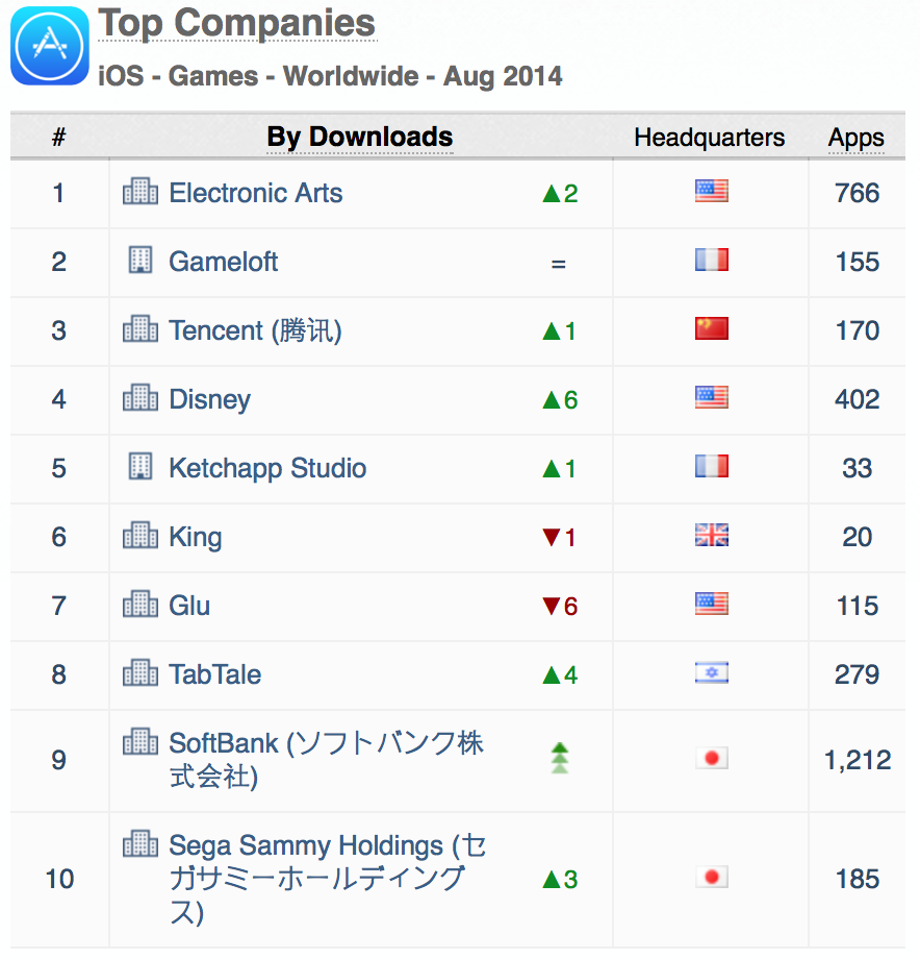 Looking at the company level, both Disney and TabTale moved up in the rankings with kids-focused games in August. Disney’s growth in iOS downloads was helped by the recent release of Kitchen Scramble, in which players run their own food truck. Meanwhile, TabTale entered the top 10 due in large part to the new platforming game Airheads Jump from its Crazy Labs label. The game’s popularity in the United States, its biggest market, fueled the publisher’s rise in the worldwide rankings. TabTale spoke to App Annie about its recent successes:

"TabTale is thrilled that its new casual games label, Crazy Labs, became such a success this summer. Hits like Cheating Tom, Airheads Jump and Primitives, to name a few, were popular among both users and critics. Stay tuned for our next titles — the relaunch of Max Axe and My Emma." — Sagi Schliesser, CEO at TabTale

After the smashing success of Flappy Bird, Dong Nguyen’s dotGearsStudios launched Swing Copters, another endless scroller game on iOS and Google Play. Even though the game was released in the second half of the month, it was so popular that it was still #4 for worldwide iOS downloads.

DeNA was also able to claim a top 10 spot on the worldwide iOS download chart for games with newly released title Godus. The simulation adventure, which has only been released on iOS so far, allows players to create and shape their own world. Godus was featured several times in the iOS App Store and was most popular in the United States and Germany, even reaching #1 in the latter.

Ubisoft’s Hungry Shark Evolution made waves in August’s iOS charts landing in the top 10 for global downloads. Publisher Future Games of London updated the game with additional content during the run up to Discovery Channel’s Shark Week in the United States. In August, the United States drove the game’s growth and surpassed China as its top market.

For those of you who are interested in finding out more about top apps outside of games, please check out the August 2014 App Annie Worldwide Index for Apps. To keep up-to-date with all the changes at the top of the app and publisher charts, check out the complete set of App Annie Index tables.