Ketchapp ZigZags to the Top 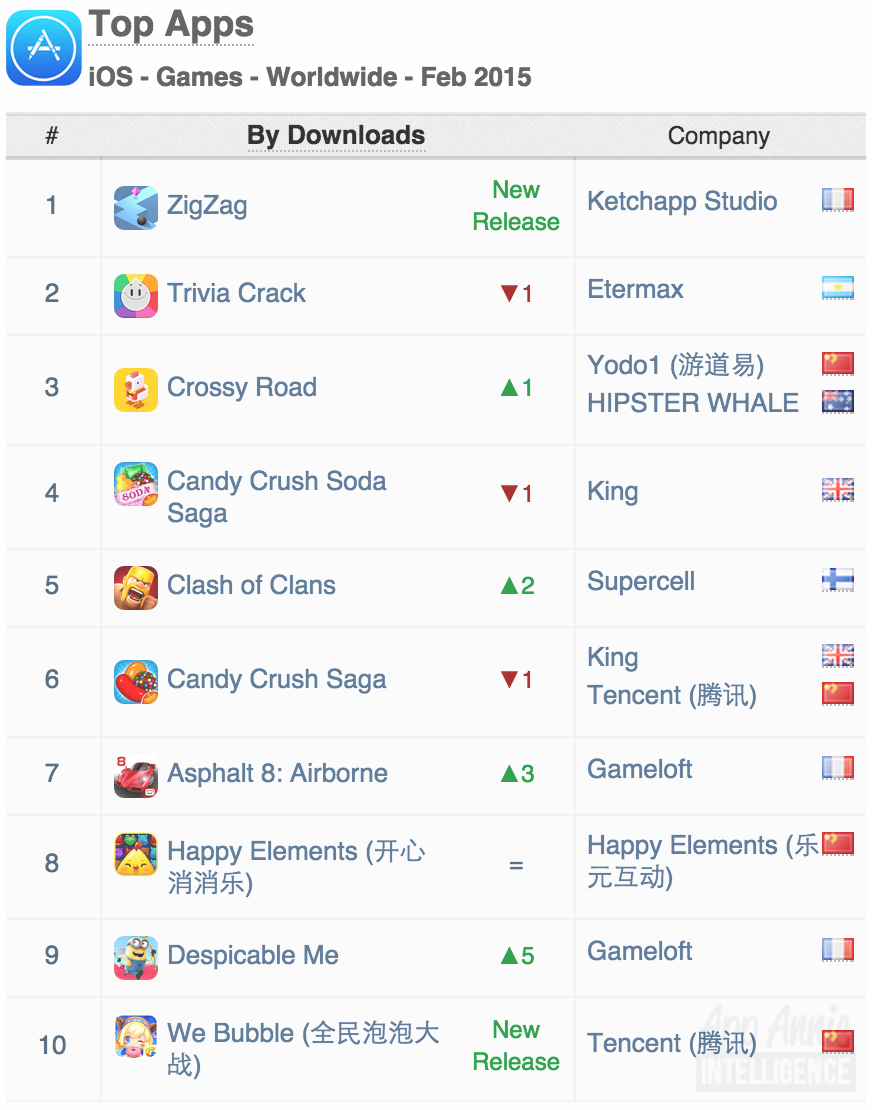 In our 2014 Retrospective, we pointed out that Flappy Bird started the trend of simple, one-tap gameplay — what we call “Super Casual” games. However, it was Ketchapp Studio that picked up the mantle after Flappy Bird’s brief time in the limelight. February’s iOS downloads were topped by yet another new “Super Casual” release from Ketchapp: ZigZag. 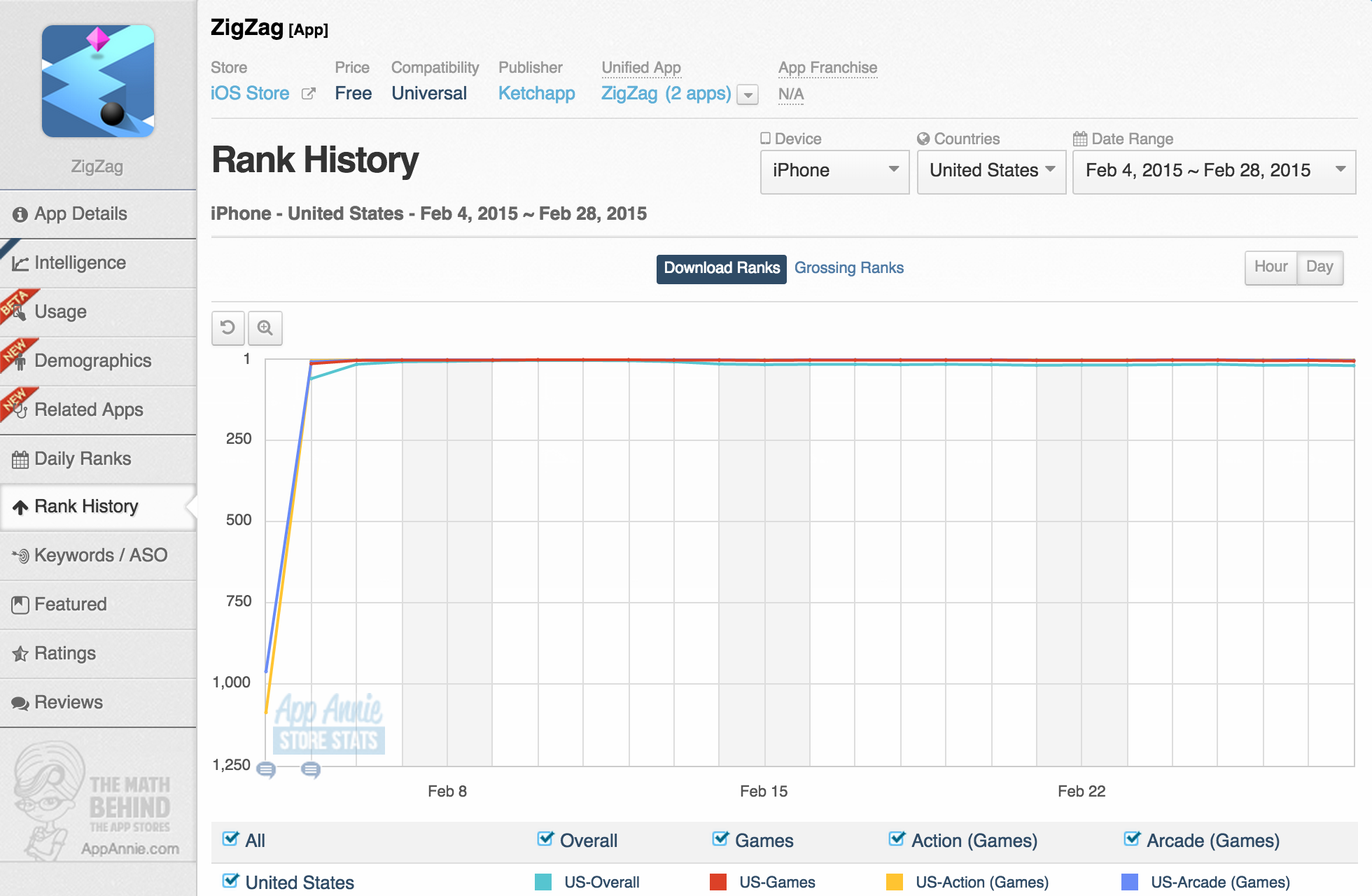 ZigZag rose to the top of the iOS gaming charts in the United States right after its release.

In classic Ketchapp style, gameplay is extremely simple. The object of the game is to keep a ball from falling off the edges of a narrow, winding wall. A tap changes the direction of the ball and the goal is to stay on the wall for as long as possible. Simple gameplay elements like these have become a winning formula for Ketchapp and we are interested to see what they come up with next. 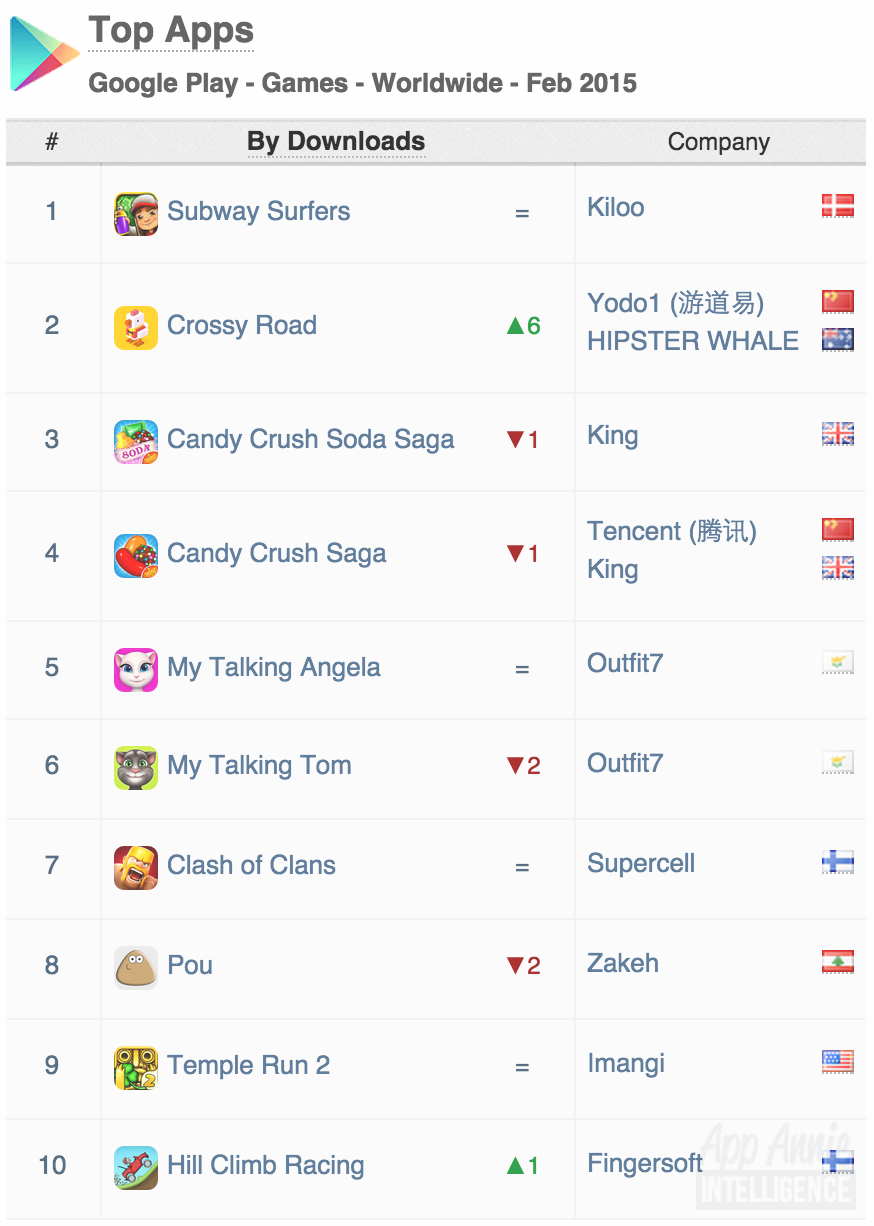 Continuing with the “Super Casual” theme, Crossy Road climbed 6 spots on February’s Google Play download charts. As we highlighted in December’s Worldwide Index for Games, the Frogger-like arcade hopper has already seen considerable success on iOS. Its success is interesting given its unique monetization strategy, one that eschews in-app purchases that assist in-game progression for in-app purchases that change gameplay through new characters.

Crossy Road’s unconventional monetization model seems to be popular with players and may be a key factor in driving engagement. At the same time, it has also been quite effective at generating revenue. The game’s developers recently revealed that Crossy Road earned them $10 million in revenue from 50 million downloads within 90 days of its release. That’s quite a success for a game that was intended to be an experiment at doing freemium differently. 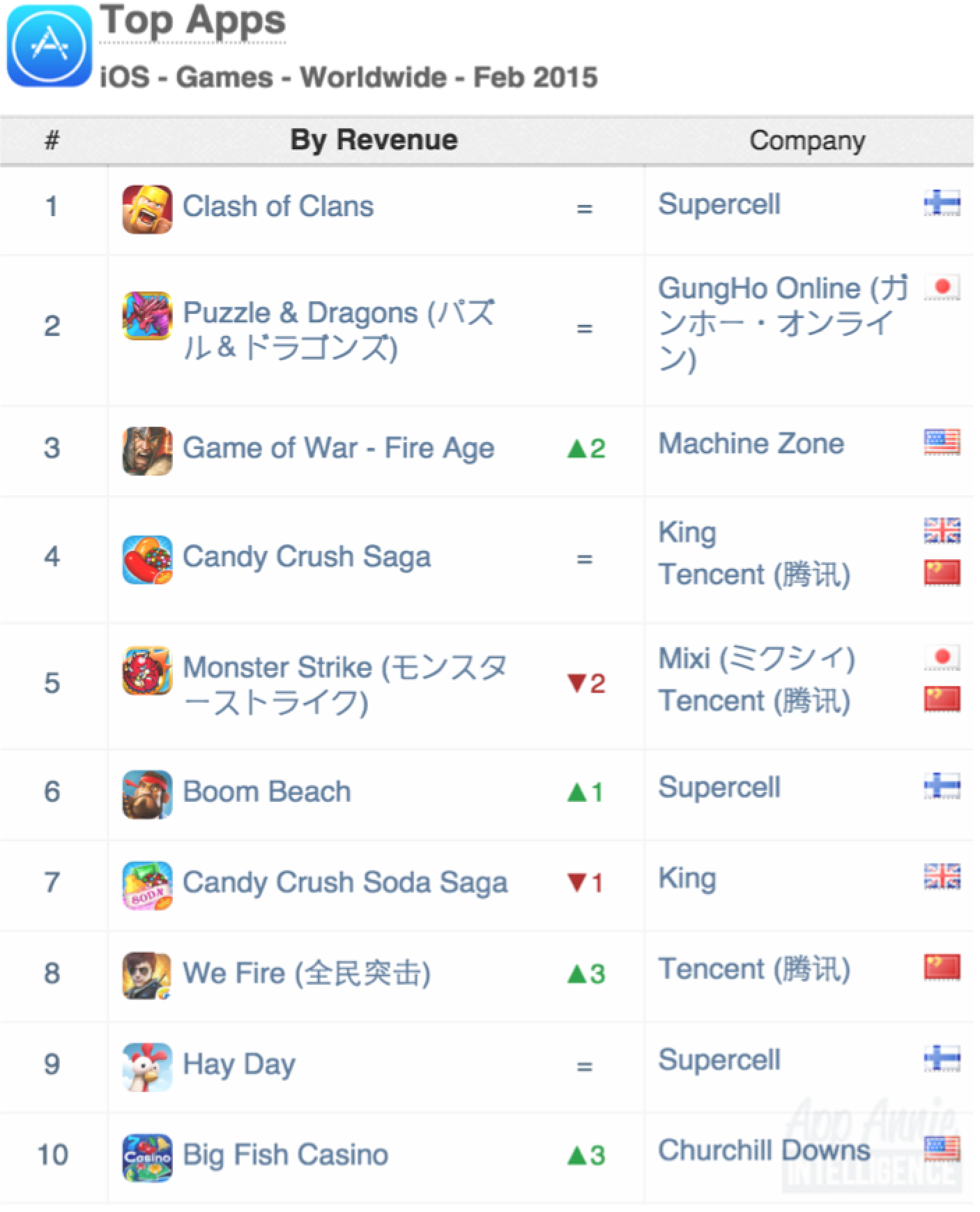 Machine Zone’s Game of War – Fire Age climbed two spots in February’s iOS rankings by revenue. Game of War is fairly well-known even among non-gamers thanks to their Super Bowl ad spot featuring Kate Upton. According to a recent feature on Bloomberg, this was part of a four-month campaign that cost $40 million. But there is more to Game of War than meets the eye. Unlike strategy games like Clash of Clans, which focus on one-on-one or single player battles, Game of War is a massively multiplayer mobile game with global battles taking place simultaneously. This requires real-time social interactions between players of multiple nationalities. 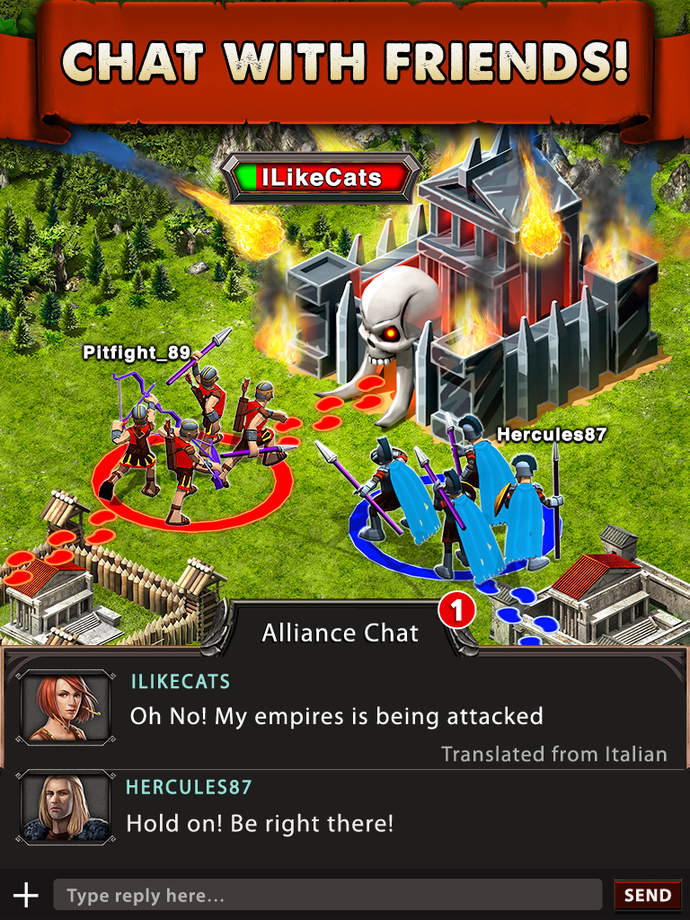 In order to facilitate these interactions, Machine Zone built an in-game, real-time language translator. Thanks to this feature, all Game of War players can send and receive messages in their native language. An element of crowdsourcing is also built in as players can correct errors in exchange for virtual in-game currency. According to Machine Zone, the average player makes 10 corrections per day. Translation-assisted social interactions have resulted in strong engagement as the average gamer plays for two hours a day.

For the complete list of February’s top apps and publishers around the world, click the chart above.