Supercell Doubles Down on Boom Beach 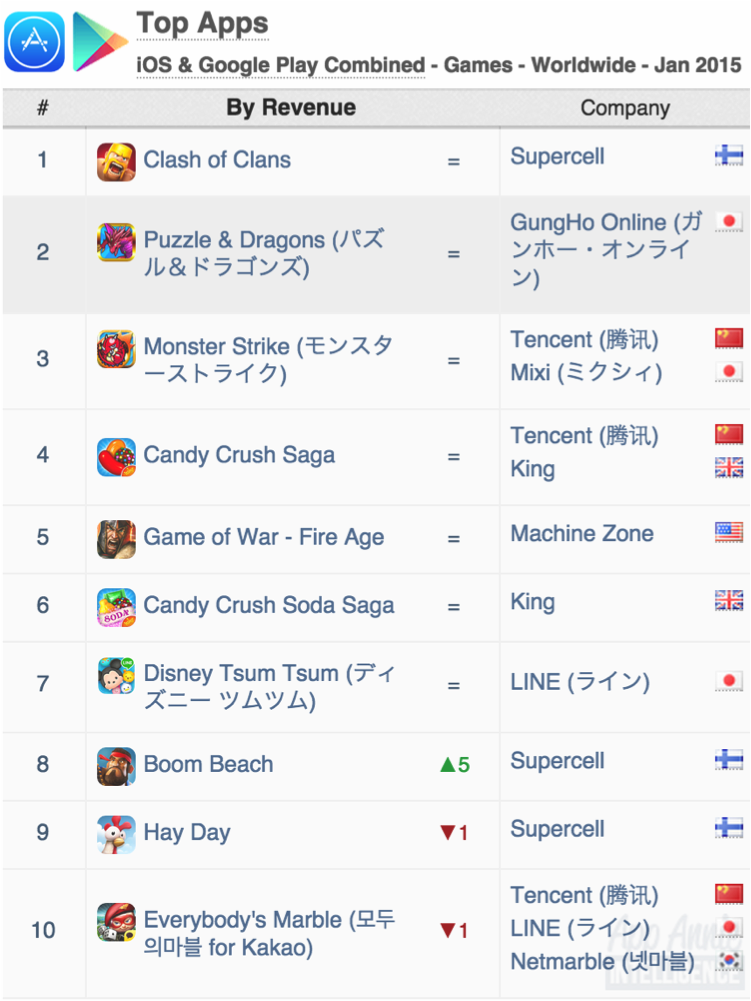 Boom Beach enjoyed a nice surge in January 2015, rising 5 spots to finish in the top 10 for combined iOS and Google Play game revenue. The strategic war game’s rise on both iOS and Google Play coincided with a strong marketing push from Supercell, who spent heavily on national TV ads promoting the game in the United States. 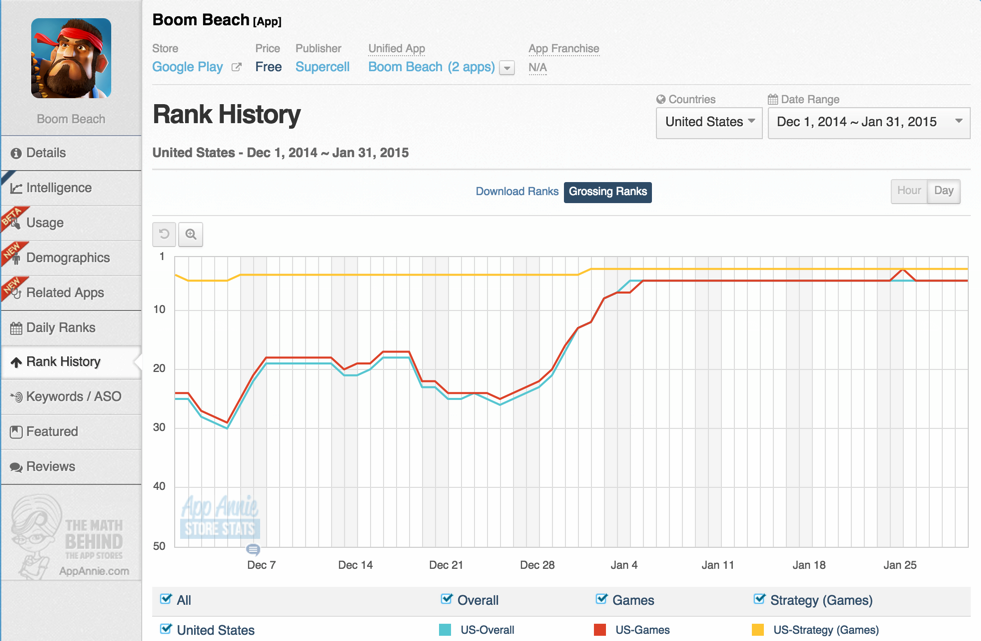 Boom Beach’s success was driven primarily by the United States, where it saw strong revenue growth on both iOS and Google Play. It is interesting to see Supercell continue investing in other games than their main cash-cow Clash of Clans. (For more insight into the portfolio strategies of Supercell and other mobile gaming giants, download Portfolio Strategies in the Mobile Gaming Industry.) 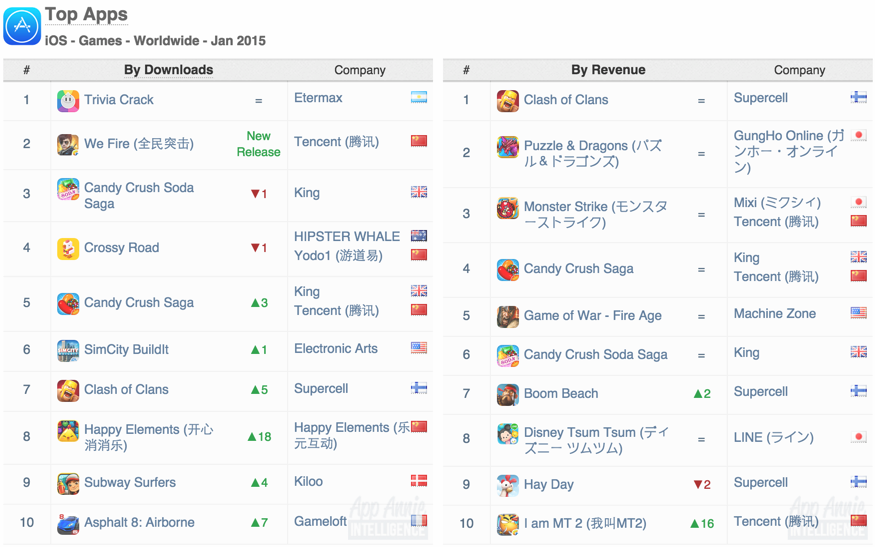 Tencent had a strong January with recently released games cracking the iOS top 10 for both downloads and revenue. We Fire reached #2 on the iOS charts by worldwide game downloads in January, displacing all games except Trivia Crack. Tencent’s first full 3D mobile shooter We Fire features rich environments and PvP gameplay reminiscent of famous PC franchises like Counter-Strike and also allows the gamer to play from either a first- or third-person perspective. Promoted heavily across Tencent’s WeChat and QQ platforms, the game quickly rose into the top grossing ranks in China. 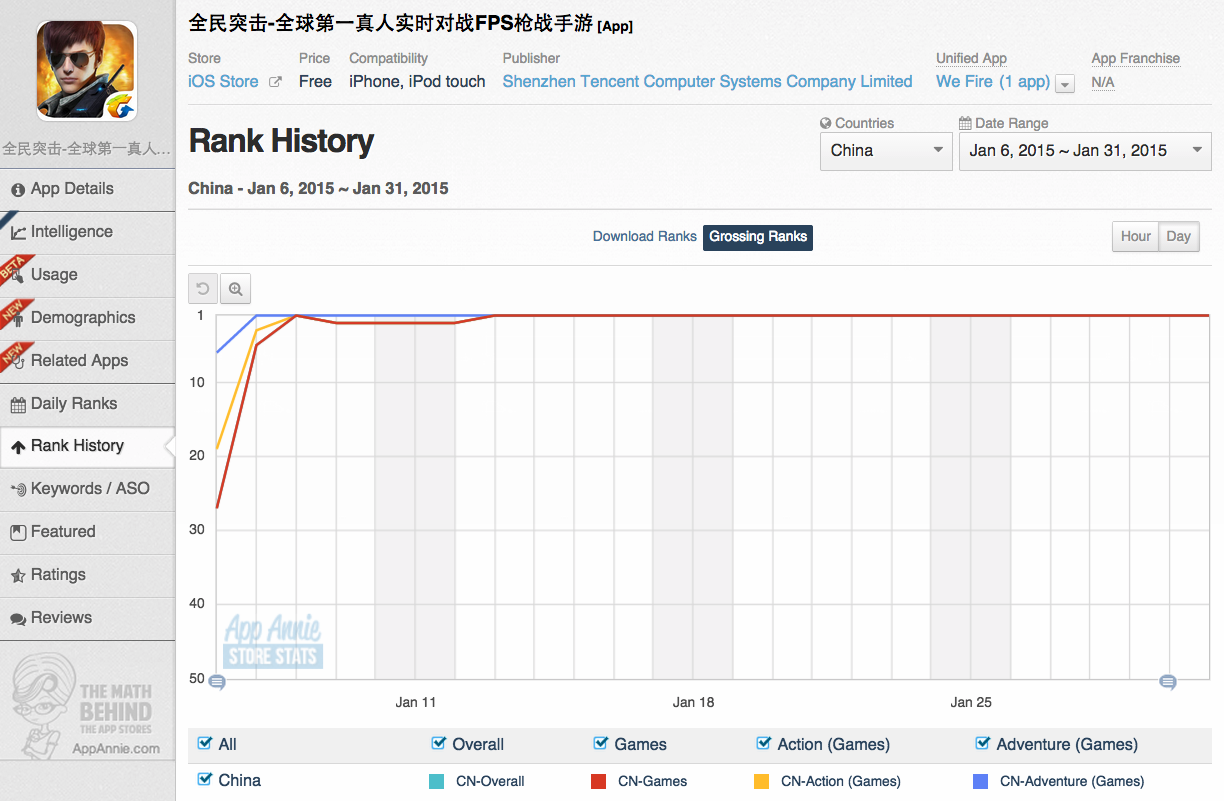 We Fire leapt into the top iPhone grossing ranks shortly after releasing.

Outside of mobile, Tencent has been making marked efforts to reach the male gamer demographic that has traditionally skewed towards console shooters. After the phenomenal success of their Cross Fire 3D shooter franchise, Tencent formed a strategic partnership with Activision in 2012. In January 2015, they jointly launched the public open beta of Call of Duty Online, an online free-to-play PC shooter in the blockbuster franchise made available to Tencent’s hundreds of millions of users. Created exclusively for the Chinese audience, Activision’s world-renowned franchise has a great opportunity to succeed when coupled with Tencent’s market dominance and proven track record of distribution.

I am MT 2, the sequel to hit card battler I am MT, leapt 16 spots into the January iOS top 10 by worldwide revenue after releasing in China mid-December. I am MT 2’s iOS revenue in China rose significantly between December and January, so much so that it was briefly the #1 grossing iOS app overall in China. 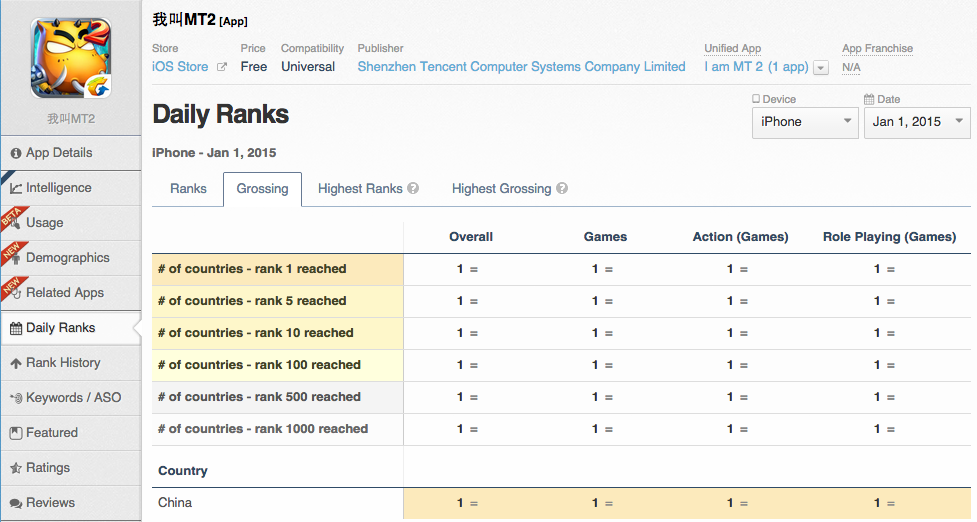 I am MT 2 cracked the worldwide iOS charts thanks to its strong success in China, where it reached #1 grossing overall by the beginning of January.

Also published by Tencent, I am MT 2 furthers the mobile gaming adaptation of a celebrated Chinese animated short series by bringing its World of Warcraft-inspired characters to life in a full 3D RPG adventure. The online show recently broadcast its 6th and final season to widespread acclaim, so it is possible the show’s virality led to an increase in revenue. It will be interesting to see if the adaptation can continue to thrive on mobile, strengthening brand engagement with users despite the end of the onlineshow.

Trivia Crack extended its red-hot streak, cementing its top rank on iOS and rising 4 spots to finish in the top 10 on Google Play for worldwide game downloads. As discussed in last month’s Index, Trivia Crack has been unstoppable, reaching over 20 million daily active users, being featured on TV game shows in Latin America, and even getting licensed merchandise. The addicting app also grew revenue significantly in January, with the ad-free version of the game making up a sizable amount of total consumer spend.Being able to pay for an ad-free experience has been a key part of Trivia Crack’s success. 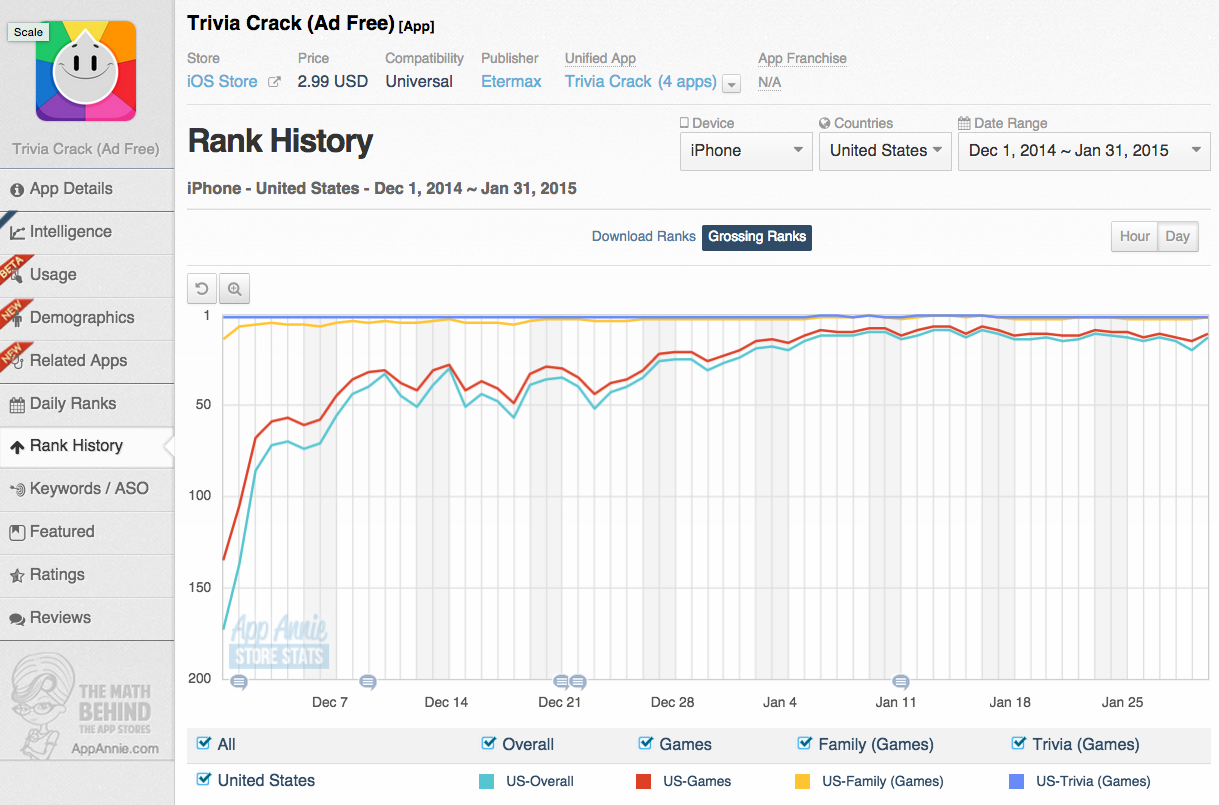 Trivia Crack’s paid version has hovered around the top 10 grossing iPhone games in the United States since early January.

Having successfully built a brand off of an extraordinarily engaging game, Etermax is already planning a Trivia Crack sequel, which will allow for custom channels to cater more to tailored tastes. We are very interested to see how far Trivia Crackcan rise and what new horizons Etermax plans to explore next with its hit quiz brand. 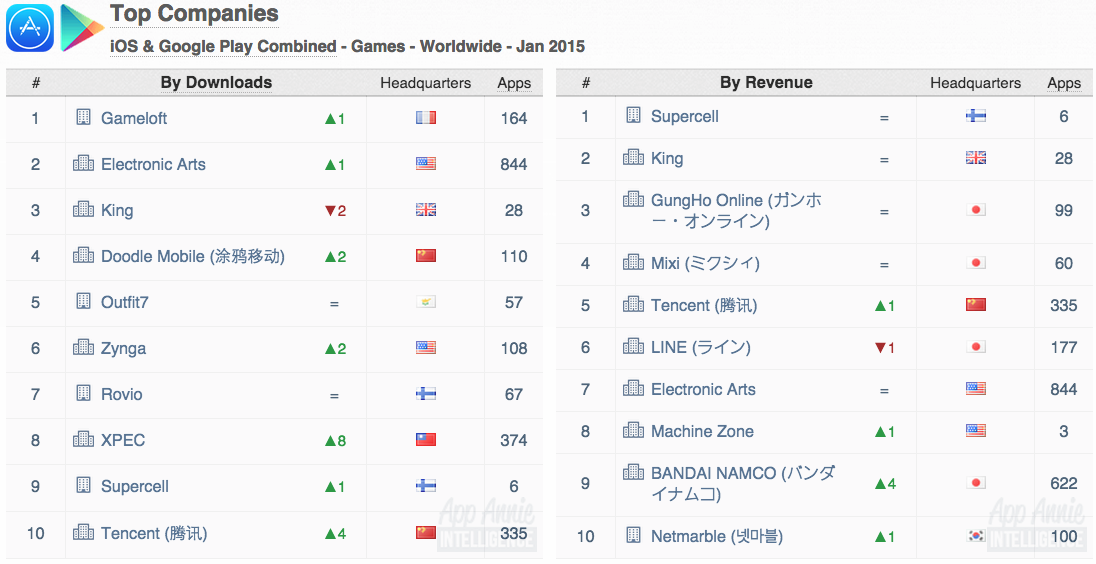 For the complete list of January’s top apps and publishers around the world, click the chart above.