Fallout Shelter Blasts Onto the Scene 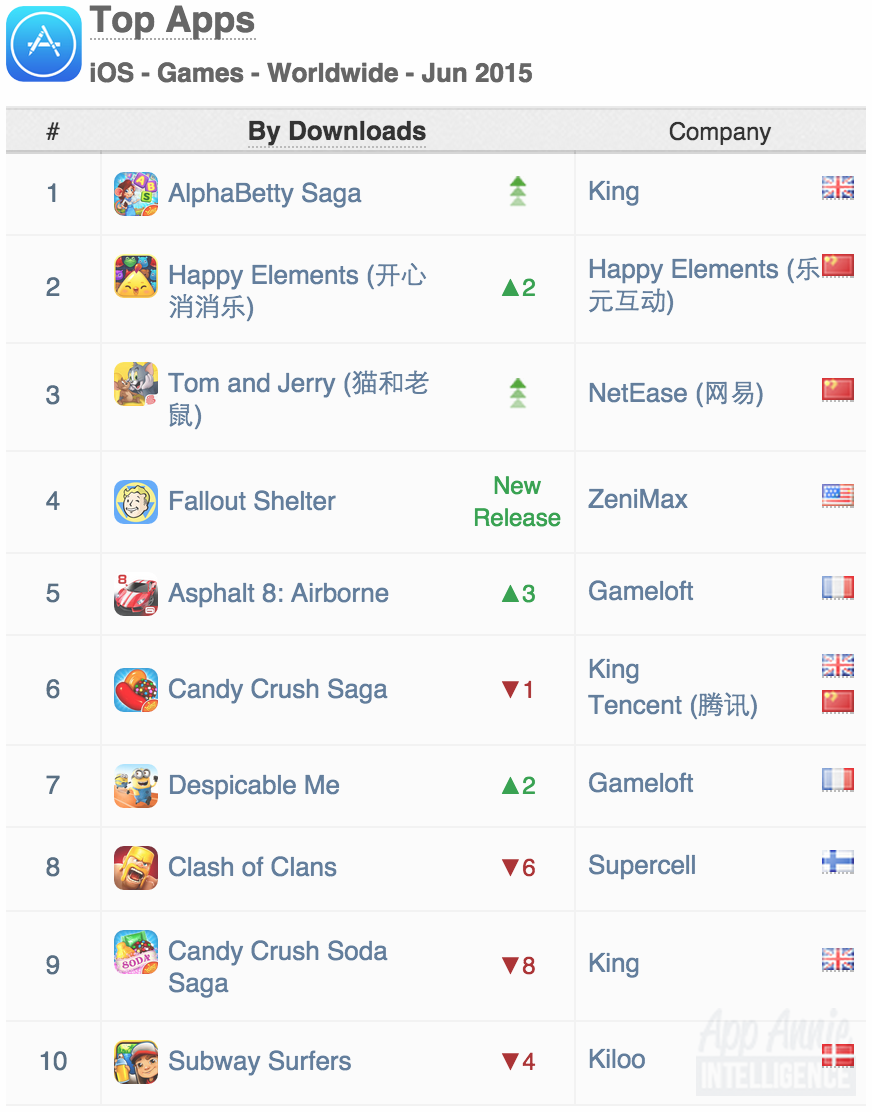 Bethesda, a subsidiary of ZeniMax, is one of the biggest names in traditional gaming as creator of critically acclaimed titles like Skyrim and Dishonored. While the company has long focused on console and PC gaming, it previously dabbled in the mobile space with Dishonored: Rat Assassin, a casual game meant to promote Dishonored.

In June 2015, Bethesda took its first major leap into mobile gaming with Fallout Shelter. This endeavor seemed to pay off, with the game debuting at #4 on June’s iOS downloads rankings.

Since Bethesda’s successful 2008 reboot of the classic Fallout series, the post-apocalyptic IP has been one of its most valuable, rivaled only by the Elder Scrolls series. This June, in Bethesda’s first-ever E3 Showcase, the company announced Fallout 4 to much excitement in the gaming community. Alongside this announcement, the company also unveiled Fallout Shelter which released later that night. 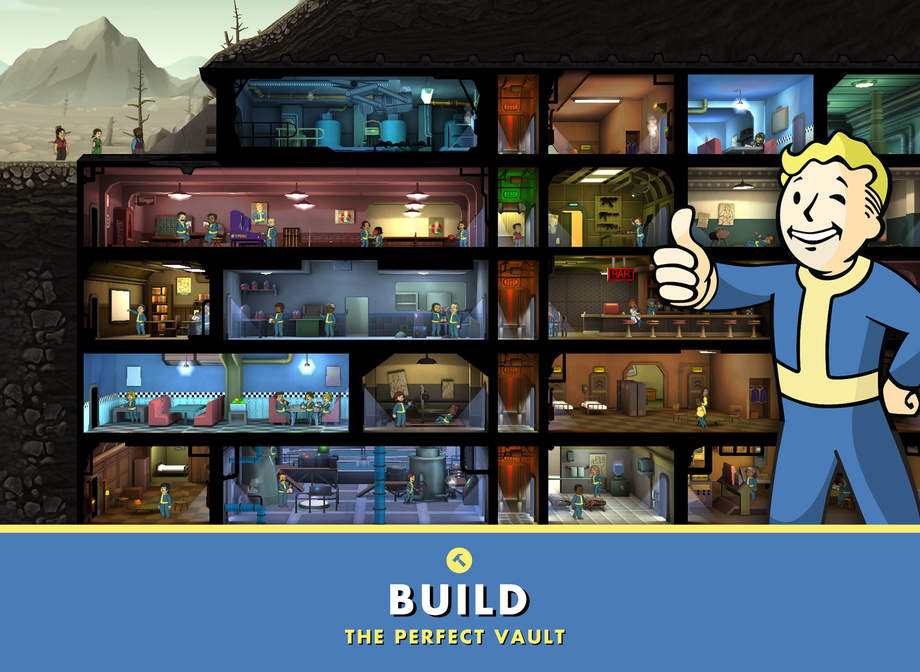 Fallout Shelter gives players dominion over a bunkered community in the post-apocalypse.

Fans of the Fallout series will immediately recognize the iOS game’s style, humor and environment. The gameplay, however, is a sharp departure from the open-world first-person shooting experience that gamers have come to expect from the Fallout series’ console and PC titles.

Players are tasked with micromanaging a nuclear fallout shelter (or “Vault”) and all of its denizens. As Overseer, the player sends Vault-dwellers out into the wasteland to forage for food, instructs them to build new rooms, and even pairs them off to procreate to ensure a steady flow of new citizens. Bethesda Studio Director Todd Howard cited PC-to-mobile crossovers such as XCOM and SimCity as inspirations for the gameplay.

Rather than being a mere promotion for Fallout 4, Fallout Shelter seems to be a genuine effort on Bethesda’s part to craft an engaging mobile experience. The company is looking to score again on mobile with an upcoming Elder Scrolls trading card game for iPad. Bethesda is also developing a companion app to Fallout 4 which will expand the game’s interface to players’ iOS and Android devices.

This sudden expansion to mobile appears to be the result of a growing recognition that mobile is an essential part of a well-rounded gaming portfolio. Nintendo’s decision to partner with DeNA for mobile games is another recent example. 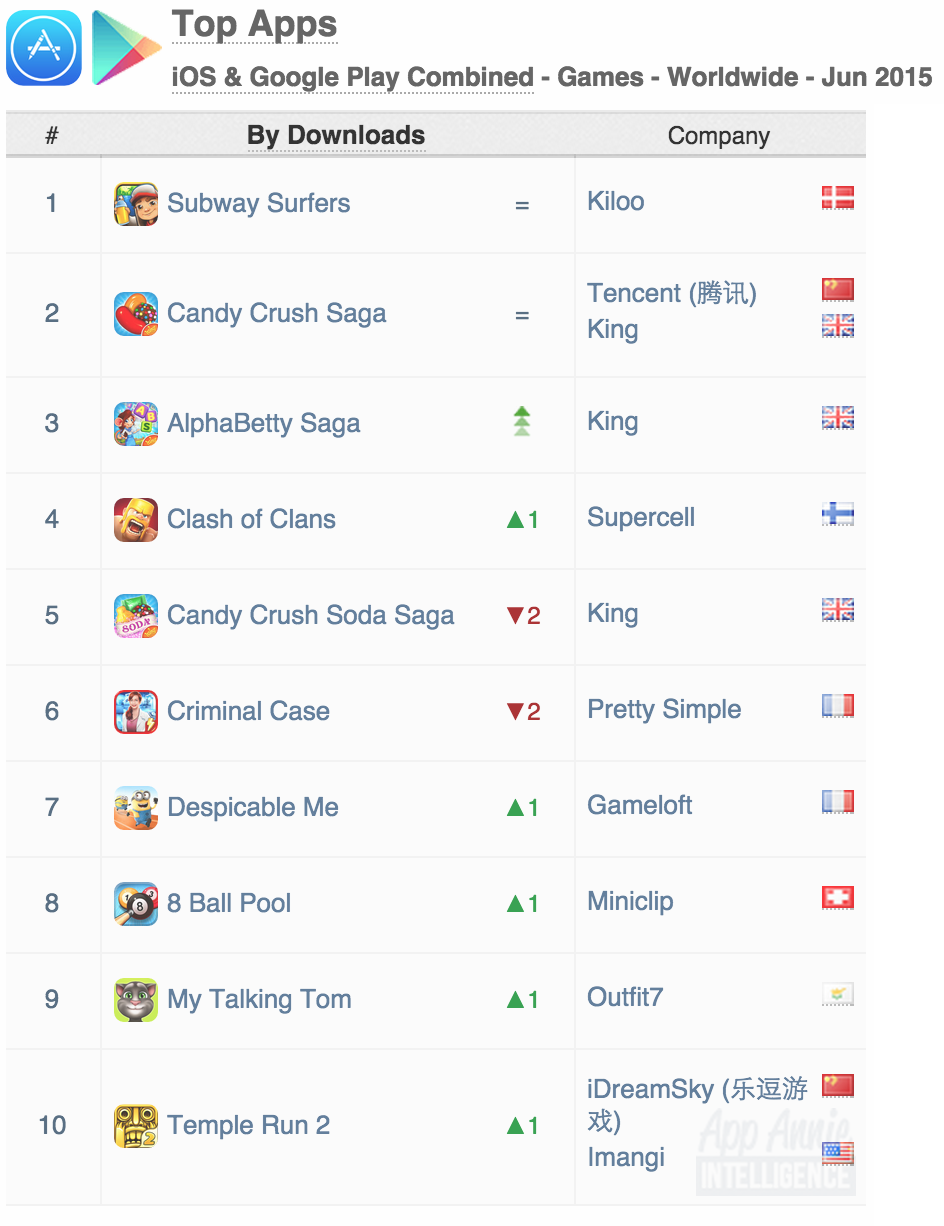 King’s latest release, AlphaBetty Saga, reached #3 on June’s combined iOS and Google Play download rankings. The game took off after its release in late May and ranked among the top 10 Games by iOS downloads in more than 50 countries.

In their last earnings report, King mentioned that their active cross-promotion efforts were yielding strong results. This, along with the household-name status of the Saga series, may have been key drivers of Alphabetty Saga’s rapid download growth. This is certainly an encouraging sign, but it remains to be seen if this translates into revenue.

Shortly after its launch, AlphaBetty Saga ranked among the top 10 Games by iOS downloads in more than 50 countries.

AlphaBetty Saga’s word-spelling gameplay provides a new experience for fans of King, a company known for its addictive puzzle games. Still, the King trademark is clearly visible in AlphaBetty Saga. While its core gameplay mechanic differs from that of Candy Crush Saga, the King formula remains largely unchanged: stage-based progression through the now well-known Saga Map, animated characters, strong social elements, the choice to wait for more lives or pay for them, and game-changing power-ups.

Since Candy Crush Saga exploded in popularity in 2013, King has become one of the top players in the mobile gaming industry. The numerous other hits King has produced since then — not to mention Candy Crush Saga’s seemingly neverending success — have helped it maintain that position.

Summoners War Calls in the Revenue 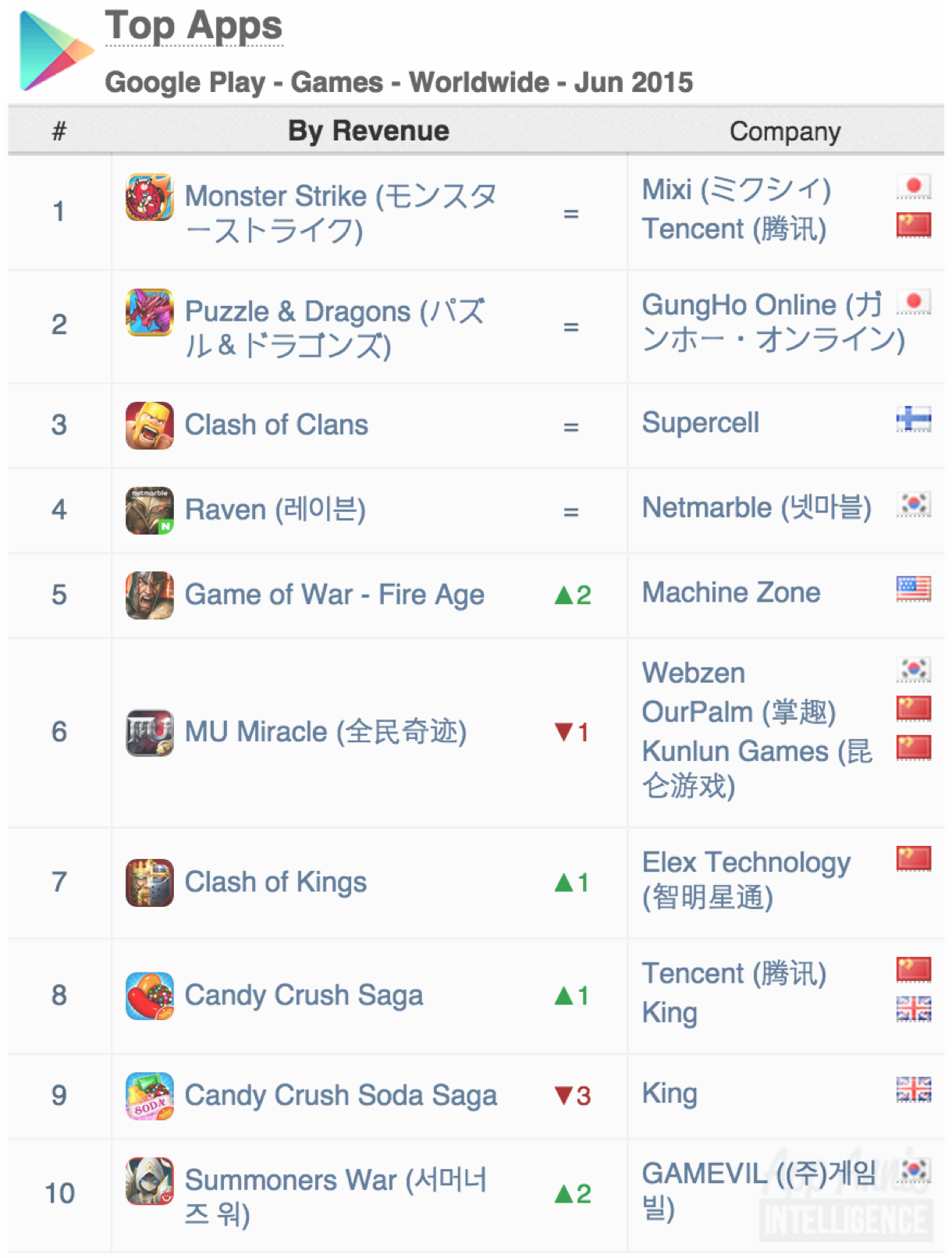 June’s standout performer in earnings was GAMEVIL’s Summoners War, which re-entered our Google Play revenue rankings. The game saw a considerable boost in revenue on Google Play from May to June, especially in Japan. 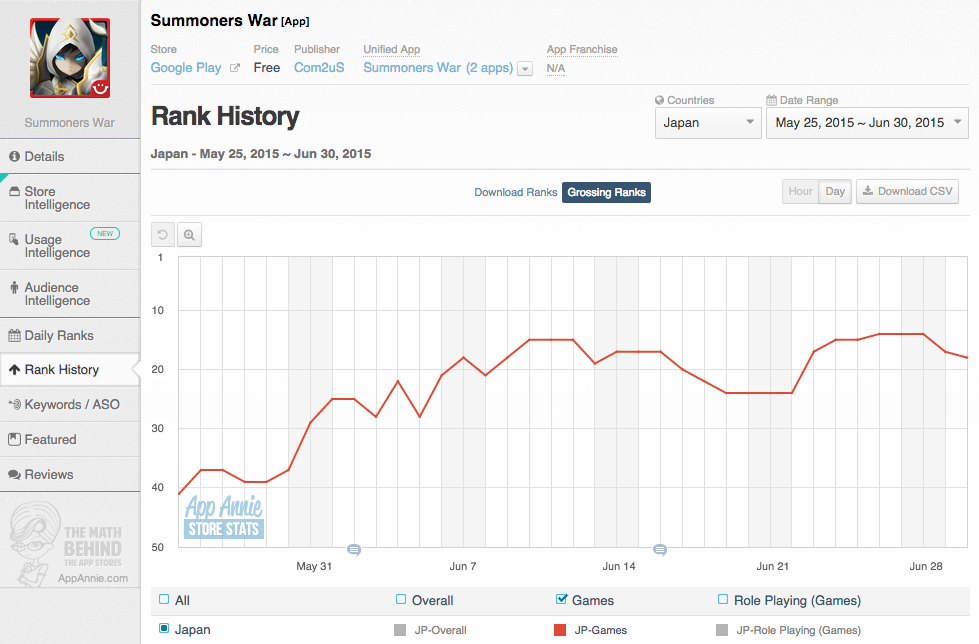 Likely contributing to this spike in revenue was a major update released June 2 which brought four new characters and a new area where players can gain items and experience. Regular updates like this one likely explain the game’s consistent popularity since its April 2014 release.

For the complete list of June’s top games and game publishers around the world, click the chart above.