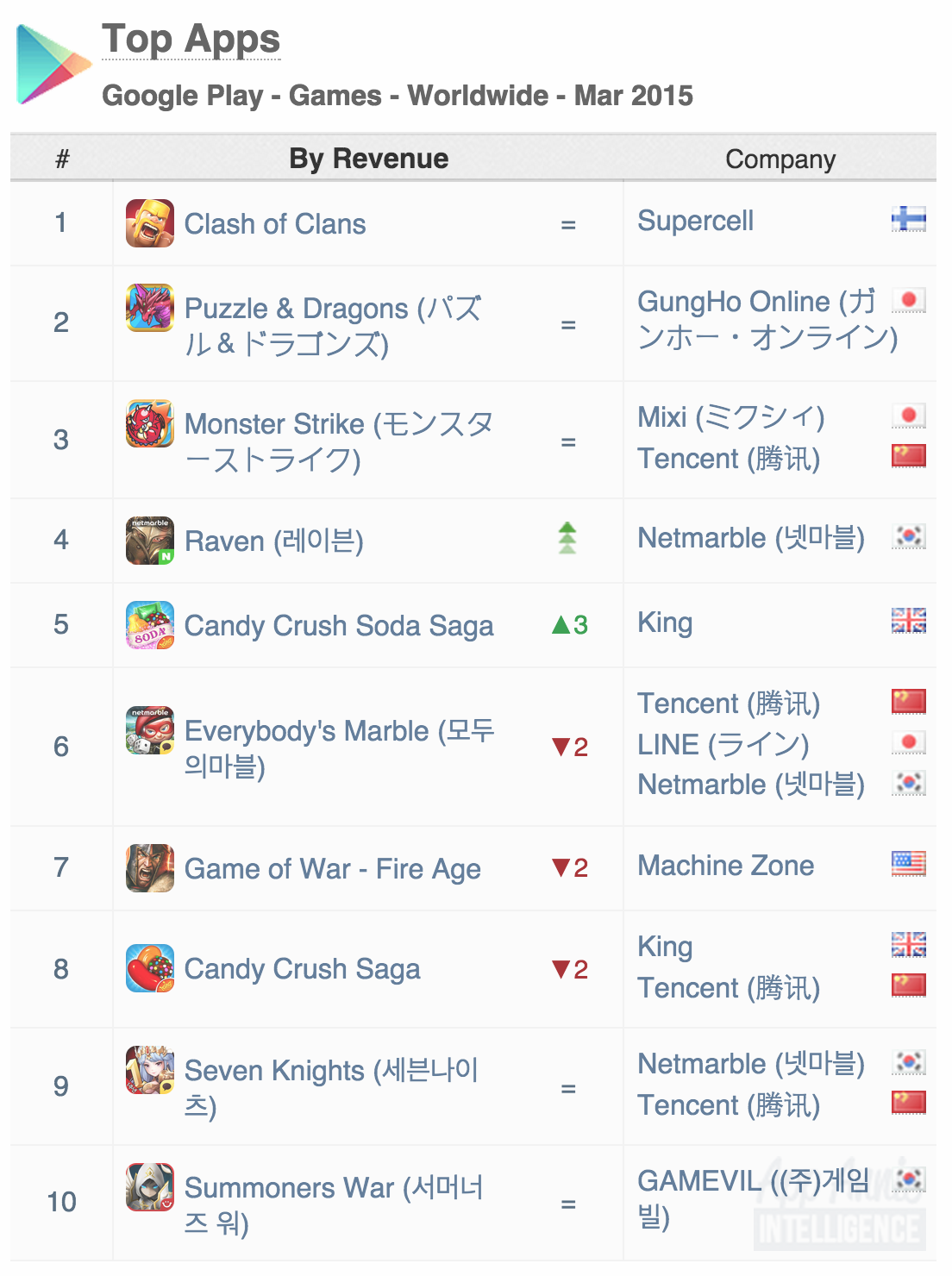 Korean giant Netmarble’s new action role-playing game (ARPG) Raven looks poised to become one of the company’s biggest hits since previous successes Seven Knights and Everybody’s Marble. Within a week of its Google Play release, Raven became the highest-grossing Google Play app in South Korea and held that title for the rest of the month. In fact, its #4 place on our March Worldwide Google Play revenue rankings is entirely due to South Korean gamers as the game has yet to be released elsewhere. 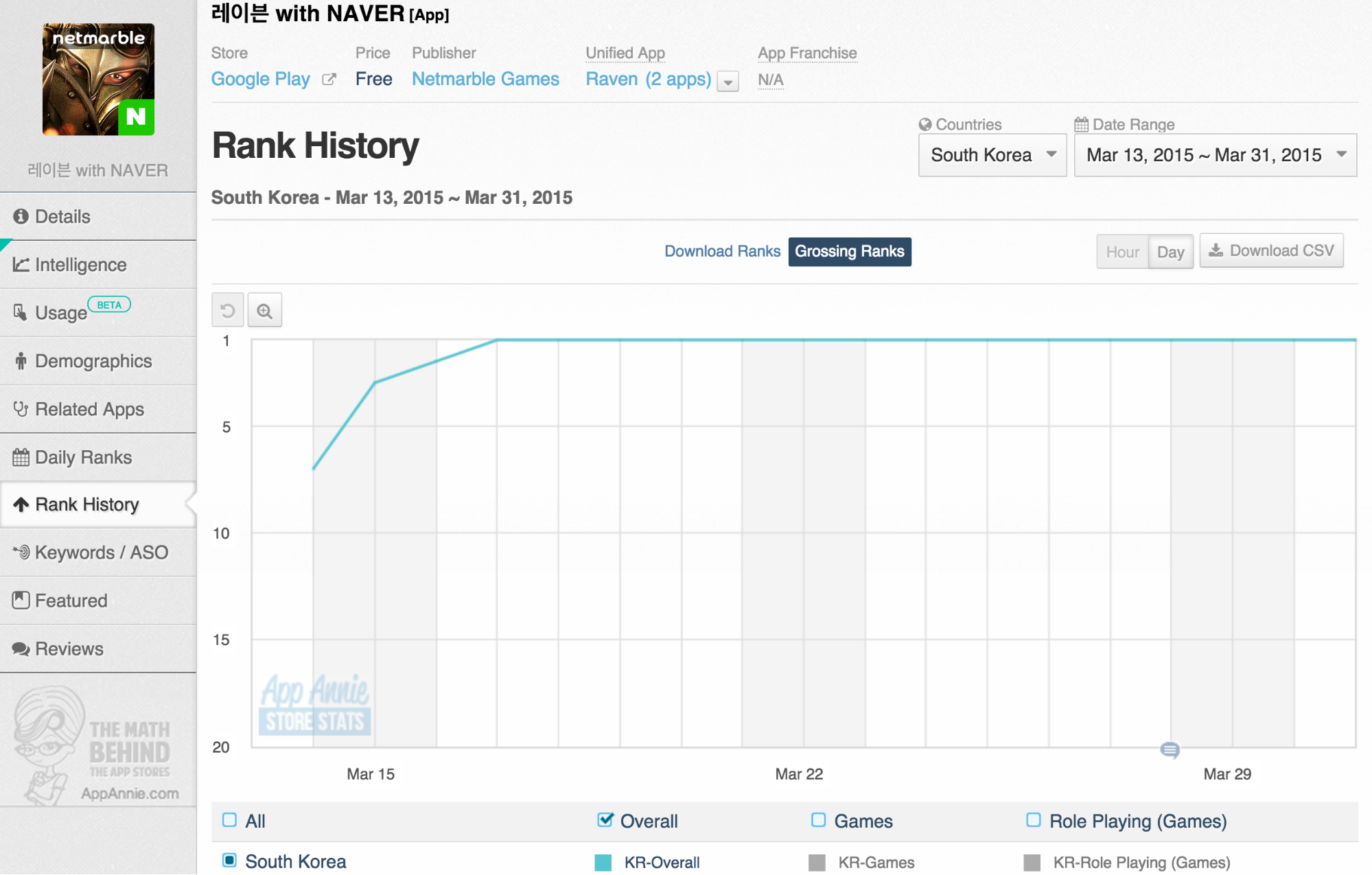 Raven’s ARPG gameplay was a hit with mobile gamers, jumping to the top almost immediately after launch. 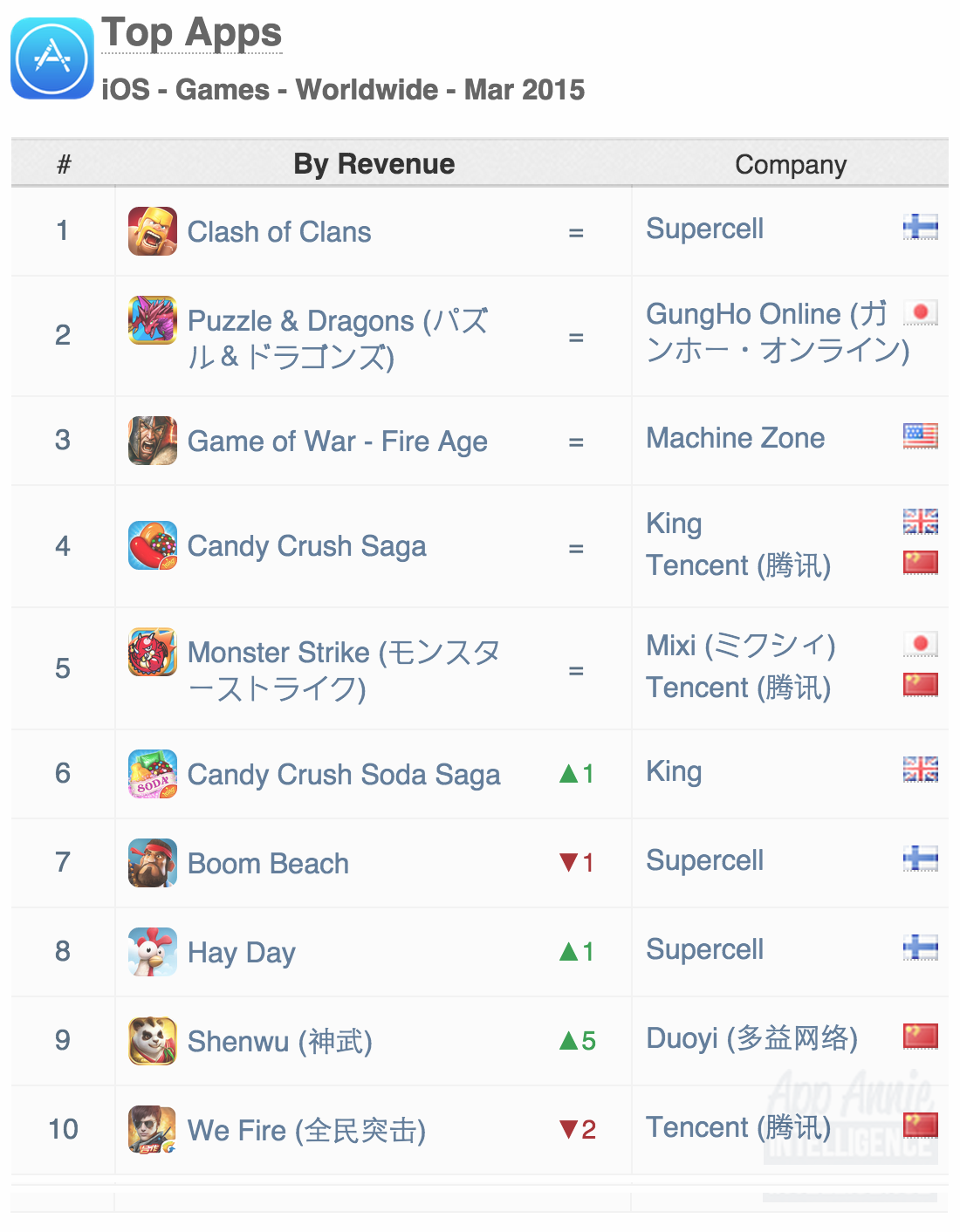 Much like Raven in South Korea, Shenwu earned a place on our top revenue charts thanks entirely to its success in one country: China. Shenwu, however, falls on the opposite end of the RPG spectrum as it is a complex massively multiplayer online (MMO) RPG attempting to bring the full PC MMO experience to mobile. One unique aspect of Shenwu’s monetization is its “lottery upgrade” feature which lets players gamble with their gear, a mechanic that has become increasingly common in many Asian PC MMORPGs.  Players can try to make improvements to their items — with the risk that it could be destroyed entirely.

We look forward to seeing how well these games fare as their publishers release them in other markets. Netmarble plans to unveil Raven globally later this year. While Duoyi has yet to reveal plans for a wider release of Shenwu, we would not be surprised if the game’s success drives it to a wider release in other APAC countries sometime in 2015.

Mr Jump and aa Hop Aboard the Super Casual Train 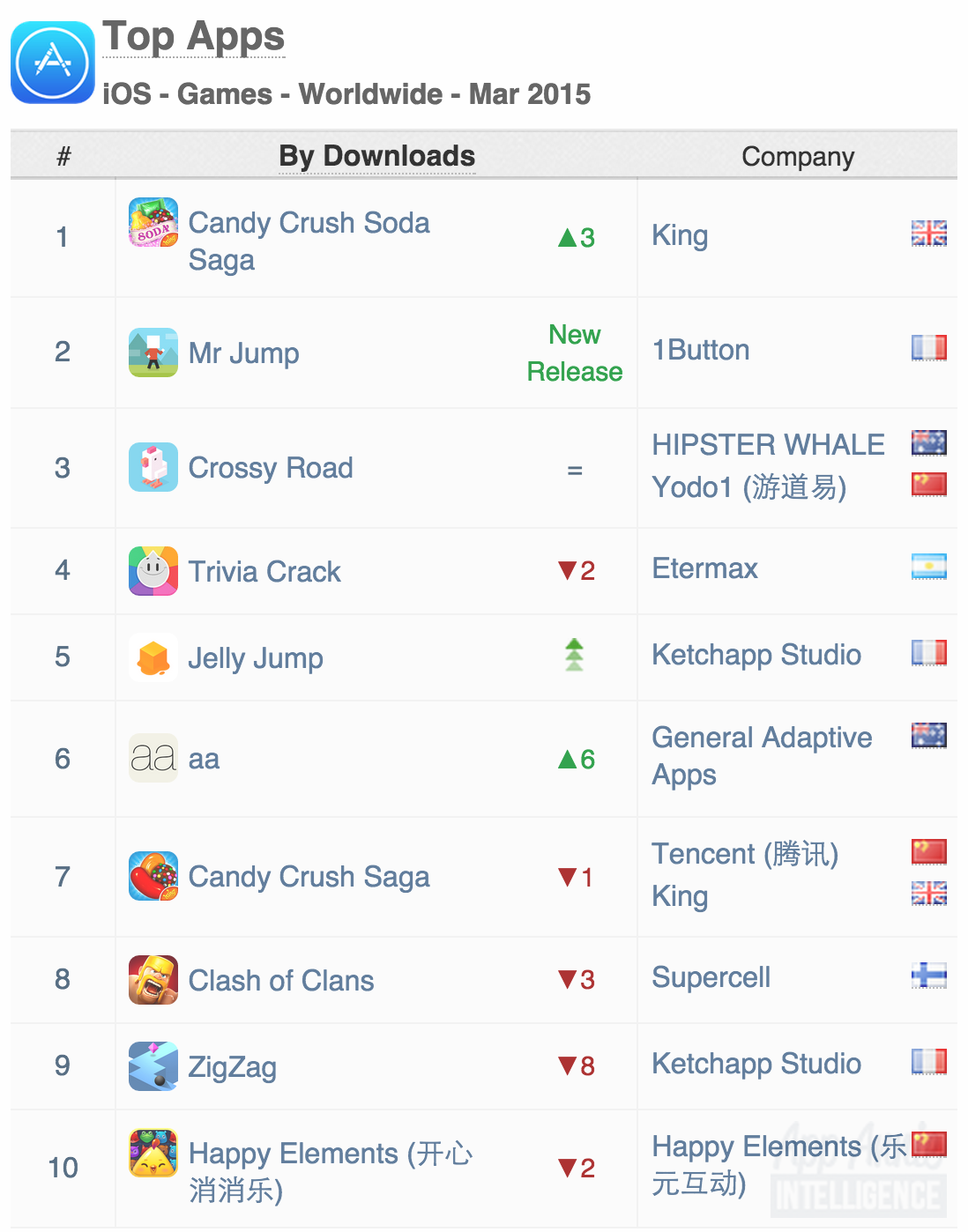 While Chinese and Korean gamers embraced RPG-style complexity in March, the world as a whole continued to show a taste for the simple side. Last month we wrote about the continuing trend of single-touch “super casual” games, and the genre hasn’t lost any momentum. 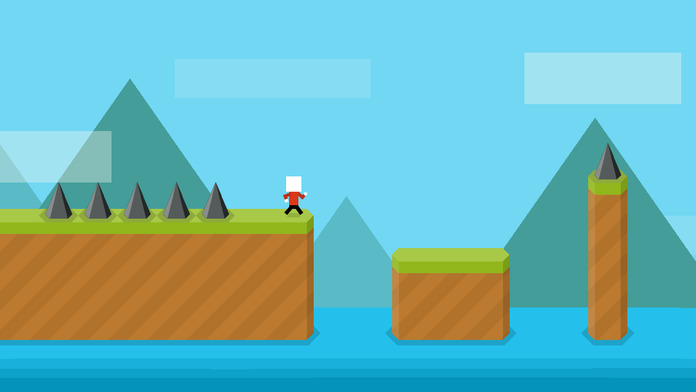 Mr Jump may be difficult, but players are flocking to it in droves.

At the forefront was 3-man indie developer 1Button’s Mr Jump, a brutally difficult tap-to-jump side-scrolling platformer. Unlike so-called “endless” runners, Mr Jump presents players with 12 distinct levels to jump through. Beating one level unlocks the next, although players can purchase keys to unlock the next level via in-app purchases.

aa by General Adaptive Apps was the month’s second super casual indie hit. The uniquely styled game reached #6 on our Worldwide iOS Downloads rankings. Unlike Mr Jump, aa’s popularity steadily grew over many months, beginning with its release in August of last year. aa is the first of 20 similar games in General Adaptive Apps’ “focus” series.

By now, any discussion of the super casual genre would be incomplete without mentioning Ketchapp, publisher of 2048, Stick Hero and ZigZag. Unsurprisingly, the publisher claimed two new spots on our March download charts. On iOS, endless jumper Jelly Jump entered the chart at #5. On Google Play, ZigZag entered at #7, echoing its February success on the iOS App Store (which we wrote about in February’s Index).

Companies of all sizes are driving the popularity of super casual games. The genre is simple enough for smaller companies to release quickly, while large companies can afford to plant dozens of super casual seeds to increase the chance of landing a viral hit. Thus, the genre continues to see strong growth. For the first time since Flappy Bird left its mark, half the games on the iOS Downloads rankings were super casual games.

For the complete list of March’s top apps and publishers around the world, click the chart above.