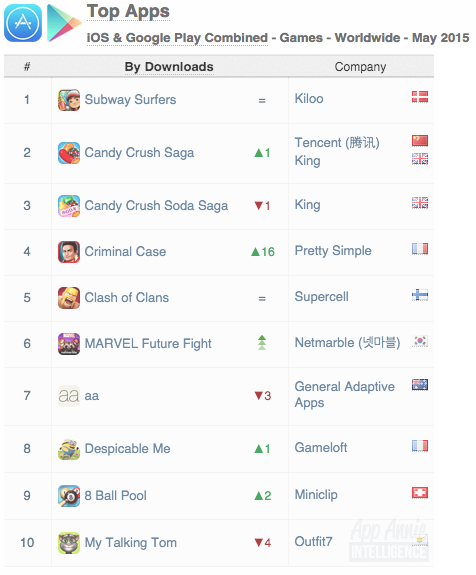 Released alongside blockbuster movie hit Avengers: Age of Ultron, Korean publisher Netmarble’s new action role-playing game (ARPG) MARVEL Future Fight took Google Play and iOS by storm, reaching #6 on our May Worldwide Google Play and iOS downloads chart. The game represents new territory for Netmarble, both in its use of a Western intellectual property (IP) and in the degree of global success it achieved. The publisher’s previous hits like Everybody’s Marble, Seven Knights and Monster Taming all saw staggering success that was nonetheless concentrated in Asian markets.

MARVEL Future Fight, on the other hand, reached #1 by daily downloads among iPhone games in over 40 countries, most of which lie outside of the company’s usual markets. The game appears to be a success, with Netmarble now reaching new markets in a significant way. 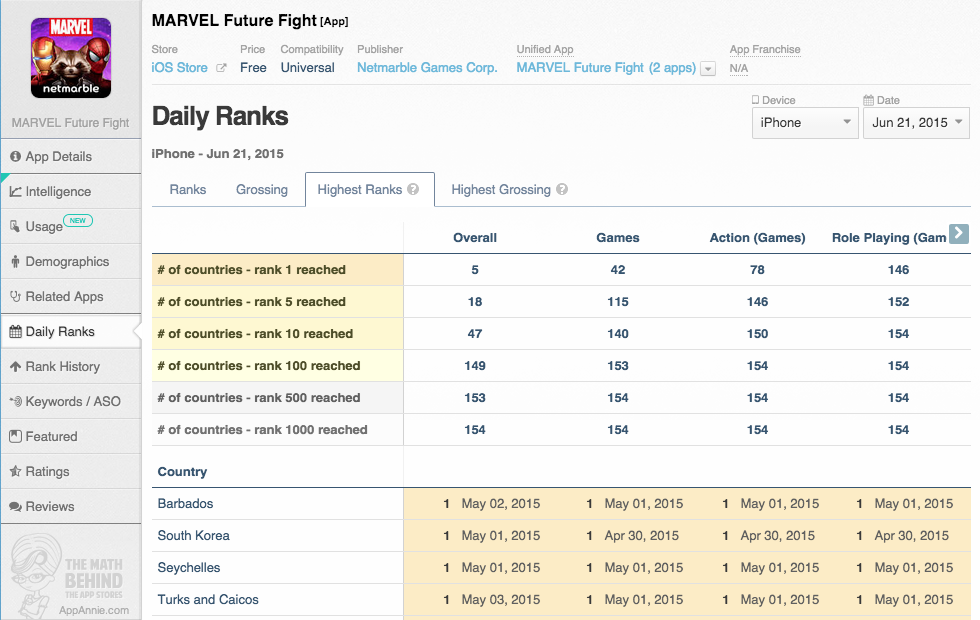 MARVEL Future Fight reached the top rank of iOS games in dozens of countries throughout May.

Marvel is no stranger to the App Annie Index. In 2014, we wrote about Gameloft’s Spider-Man Unlimited. As long as Marvel movies continue to rank among the world’s highest grossing films, we won’t be surprised to see this pattern of success for Marvel IPs continue on mobile. More generally, mobile games that feature well-known Hollywood IPs have continued to perform exceptionally well throughout the years, even as the mobile gaming landscape has changed.

We look forward to seeing how Netmarble builds off its win with MARVEL Future Fight and pursues global success in the months and years to come. While Western IPs naturally lend themselves well to this goal, we wouldn’t be surprised if Netmarble manages to launch globally successful titles using original or non-Western IPs. It appears that Netmarble believes they can do exactly this with plans to publish Raven in North America later this year. 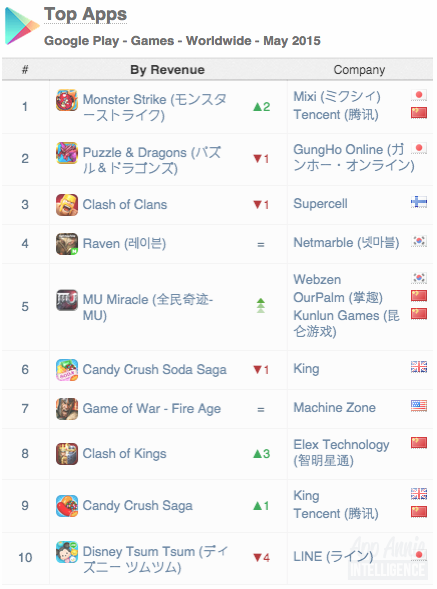 Mu Miracle has continued the success of its predecessor, Mu Online.

As we noted in our Q1 2015 App Usage Report, South Korean gamers tend to lean toward mid-core and non-casual mobile games compared to other major markets. This, combined with MU’s brand in South Korea, suggests that the game’s performance in South Korea (seen in the graph below) isn’t likely to fall off anytime soon. 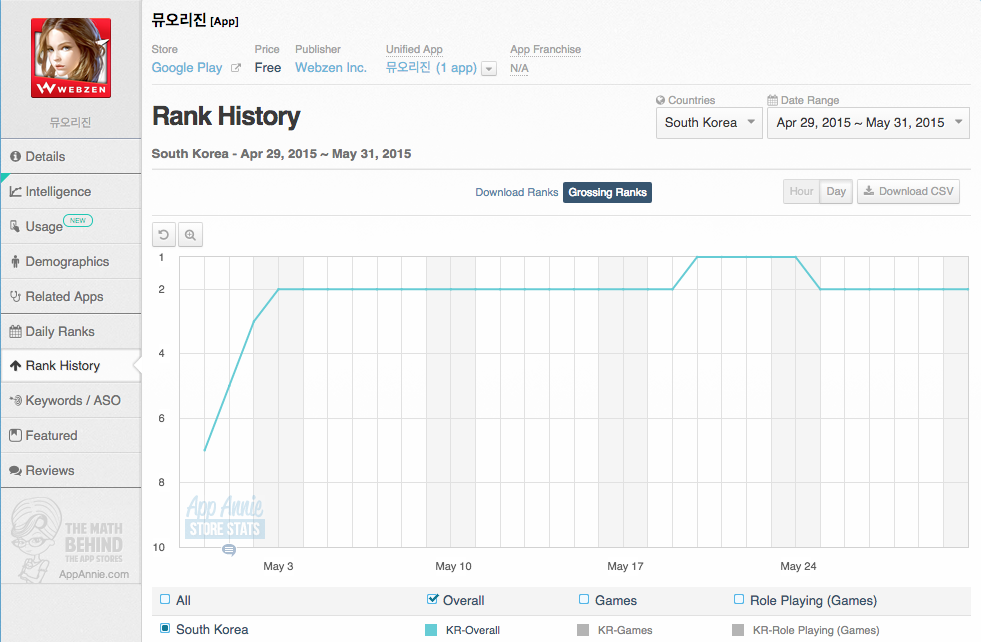 MU Miracle spent most of May as the second highest daily grossing Google Play app in South Korea.

MU Miracle’s place on our Google Play revenue chart should come as no surprise to readers of the Games Index: the past two (1, 2) months each featured an Asian MMO entering the iOS revenue charts. In fact, one of those MMOs was also based on a decade-old successful PC MMO franchise. These massively multiplayer successes beg the question: is it only a matter of time until World of Warcraft or Everquest make an appearance on mobile?

For the complete list of May’s top games and game publishers around the world, click the chart above.