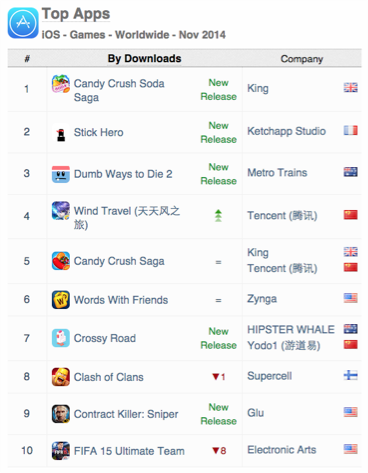 In November, King and Glu had success with new games that expanded popular franchises. Additions like these enable publishers to draw from an existing installed base of players as well as capitalize on their investments in previous titles. 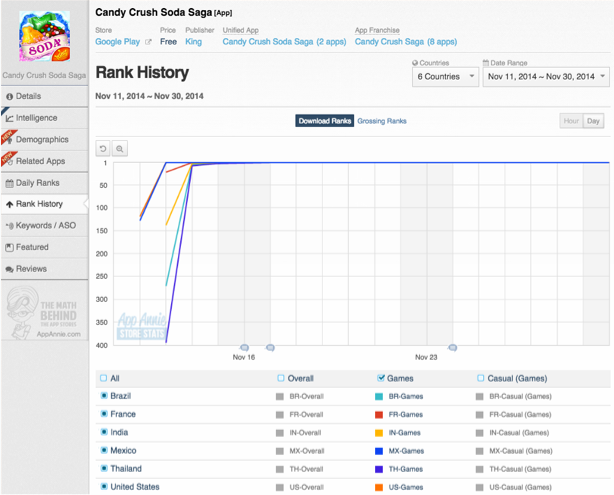 Candy Crush Soda Saga shot to the top of the download charts in a variety of countries.

Candy Crush Soda Saga retains the familiar match-three gameplay and “Saga Map” that made the original so popular, also adding new game modes, characters and candy combinations to bring new elements to the franchise. King thinks of Candy Crush Soda Saga as a sister title rather than a sequel to Candy Crush Saga, noting that they will continue to update both games.

Also in November, Glu released Contract Killer: Sniper, the fifth game in its popular first-person shooter franchise. Similar to previous versions, players take on the role of an assassin and progress through a variety of missions and objectives. To increase the game’s social aspects, Glu added a new PvP feature to its fundamental design, allowing players to attack other player’s bases and steal their resources. This type of social gaming can be an effective way to drive user engagement as it pulls players back to the game when they come under attack. Glu recently spoke with App Annie about Contract Killer: Sniper:

“Glu has been a leader in the free-to-play shooter genre since 2011. We’re committed to building franchises players find synonymous with best-in-class graphics, gameplay and mechanics as we’ve done with Contract Killer: Sniper. The addition of PvP has deepened the game’s level of engagement and we look forward to supporting Contract Killer: Sniper with new content and features players will enjoy.” --Chris Akhavan, President of Publishing at Glu Mobile 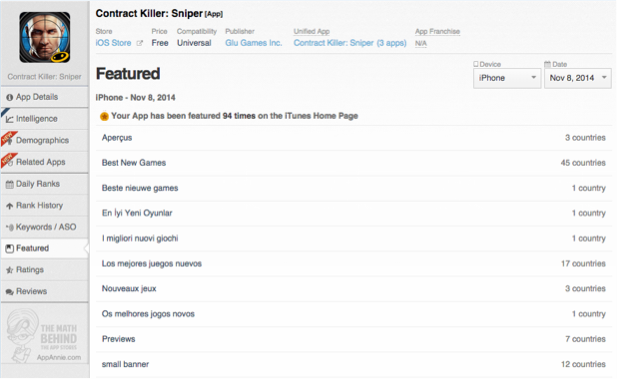 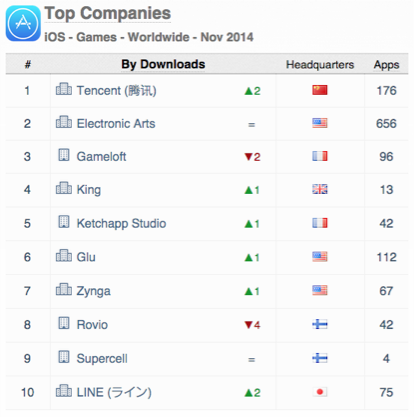 Wind Travel, which was released at the tail end of October, is Tencent’s latest side-scrolling endless runner game. The title’s combination of simple gameplay and character growth systems is intended to help the company attract, engage and monetize the large pool of non-gamers on its WeChat and Mobile QQ Platforms.

The game had a strong showing in November and claimed a spot in the top 10 on the iOS App Store’s worldwide download rankings. Its success was also the largest driver of Tencent’s rise to the top of the iOS download charts for publishers. 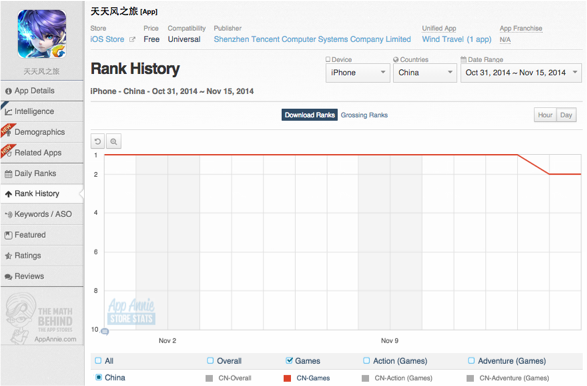 Wind Travel immediately rose to the top spot on iOS App Store’s download rankings in China and stayed in the top 2 through the first half of November.

Wind Travel takes place in a floating fantasy world with a variety of landscapes with 3D background graphics and features popular cartoon and fairy tale characters. Players have their characters run, jump and slide to avoid hazards and obstacles as they fight monsters and collect gold coins and diamonds. Users can also buy diamonds, which allow them to obtain characters, equipment and pets via in-app purchases. Similar to other Tencent games, the title leverages the WeChat and Mobile QQ platforms to keep players engaged through a variety of promotions, events and in-game activities.

Dumb Ways to Die Lives On 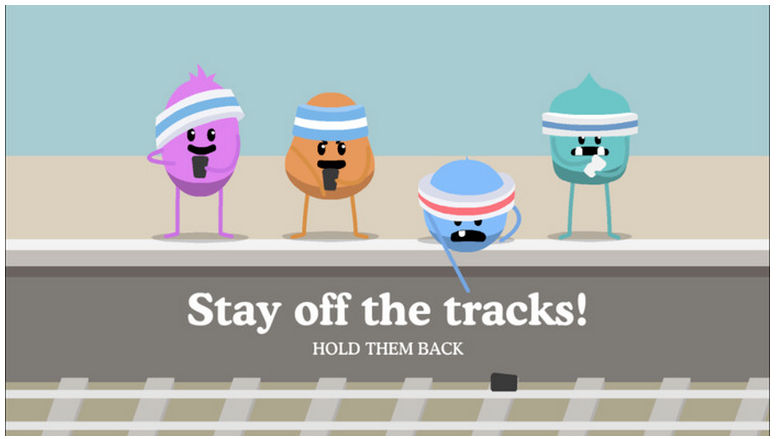 Like its predecessor, Dumb Ways to Die 2: The Games combines mini-games and cute characters to help promote railway safety.

In November, Metro Trains, the provider of metropolitan rail service for the city of Melbourne in Australia, launched Dumb Ways to Die 2: The Games. The game is a sequel to Dumb Ways to Die which was based on the company’s public service announcement (PSA) video to teach children about railway safety. As we reported in our June 2013 Index for Games, the original game propelled its publisher into the top 10 of the iOS App Store’s worldwide download rankings. The campaign continued to keep people’s attention and the company has even licensed its characters for plush toys and insurance ads.

The immediate success of Dumb Ways to Die 2: The Games shows that the campaign remains a global phenomenon and demonstrates the power that a hit game can have to prolong a campaign, reinforce its messaging and help fund its initiatives. Despite being released in the second half of the month, the new title shot into the top 10 rankings for worldwide games downloads on iOS. Furthermore, its iPad version reached the #1 daily download rank in over 80 countries. 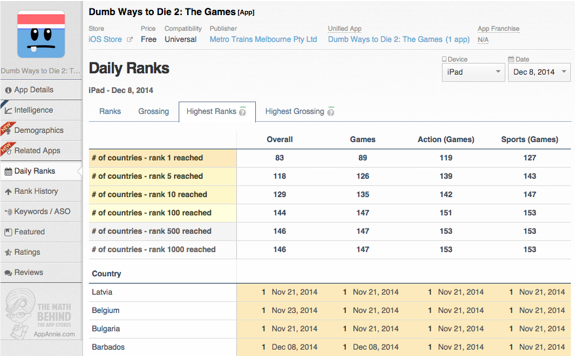 Dumb Ways to Die 2: The Games features 28 mini-games and includes reminders about railway safety during play. The freemium app allows players to make in-app purchases to remove ads and buy tokens, generating revenue that Metro Trains Melbourne can invest back into safety messaging.

For the complete list of November’s top apps and publishers around the world, click the chart above.