Each month, the App Annie Index highlights the top-performing games and apps for the iOS App Store and Google Play. Our analysis covers trends among the leading apps across countries and categories, and is the industry standard for professionals looking to compare leading apps and publishers. To find out about current trends in other markets and app categories, please check out the App Annie Q3 2014 Market Index, September 2014 Apps Index and Spotlight on Connected Devices. 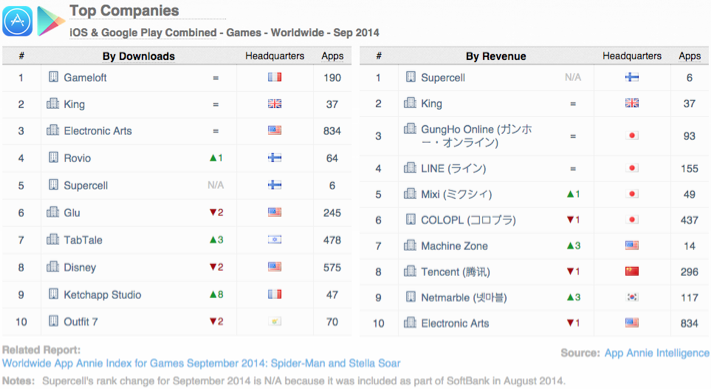 For the complete list of September’s top apps and publishers around the world, click the chart above. 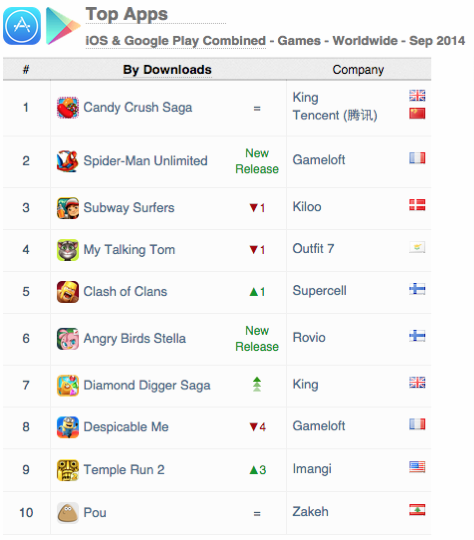 Gameloft once again found success developing mobile games based on popular intellectual properties. Spider-Man Unlimited, released in September, debuted at the top of the iOS App Store’s worldwide download charts. It also joined Gameloft’s Despicable Me, which was first released more than a year ago, in Google Play’s top 10 rankings. 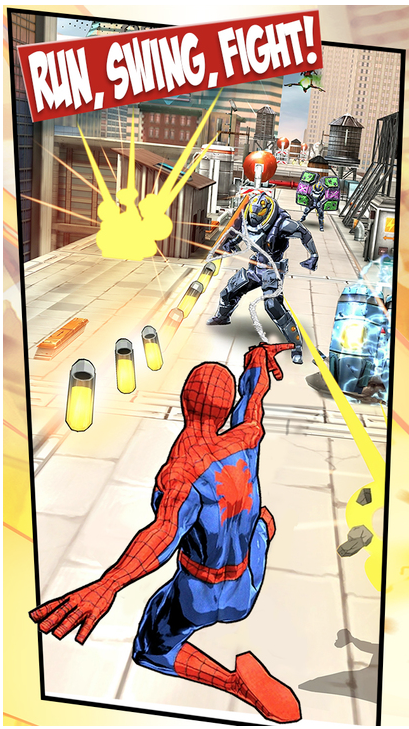 Spider-Man Unlimited leverages Spider-Man’s unique superpowers to enhance endless runner gameplay with web-slinging, wall-climbing and skydiving. The game features comic book aesthetics and plot arcs, incorporating over 50 years of characters and villains from the Marvel Universe. Players can choose between three modes of play, including a full narrative story with multiple versions of Spider-Man. The title was a hit in the United States on both the iOS App Store and Google Play and also performed extremely well in China and Brazil. 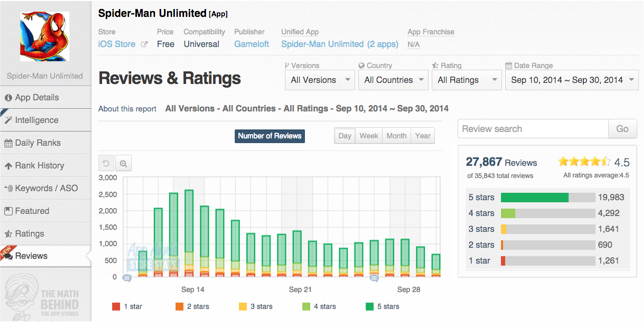 Angry Birds Has a ‘Stella’ Month 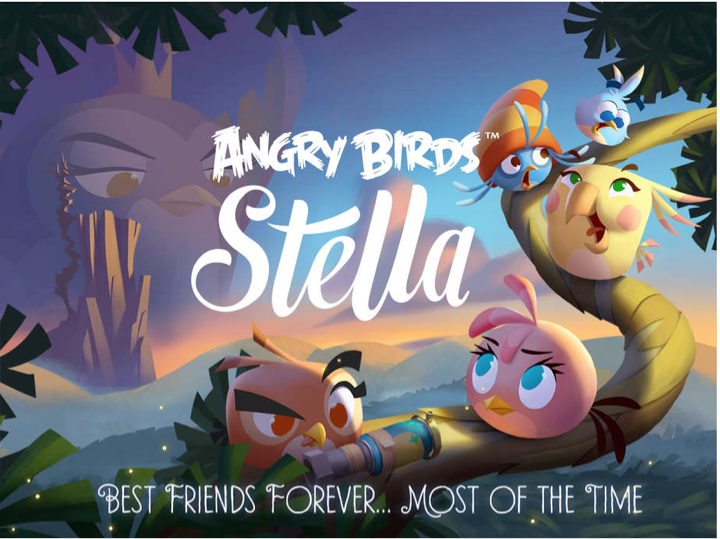 Angry Birds Stella introduced a new set of characters to appeal to a broad audience.

In early September, Rovio introduced Angry Birds Stella, the latest addition to the popular franchise, including an iOS version specifically localized for China. The title distinguishes itself from previous entries in the series by featuring a female lead character (Stella). There has been a lot of buzz regarding the game targeting female players, which comprise almost half of the game-playing population in the United States according to recent studies. However, as Rovio has rightly noted, games with female lead characters are not only for female players, and the game seeks to appeal to a wide spectrum of gamers. It seems to have achieved that, entering the top 5 in over 65 countries on iOS in September, including growth markets like Brazil and Mexico and established markets like the United States and Germany. 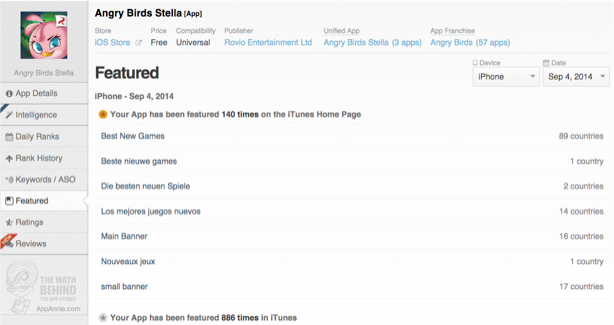 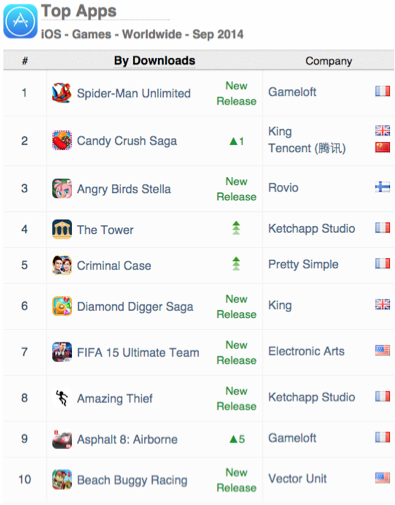 For much of the year, the top games charts have been dominated by casual and strategy games. In recent months, racing games have established a stronger presence, led by the iOS download chart-topping Crazy Taxi: City Rush in August. September saw other racing games fly up the iOS download charts, including newly released kart racing title Beach Buggy Racing, the sequel to Beach Buggy Blitz. In addition, Gameloft’s Asphalt 8: Airborne returned to the top iOS game charts with solid gains following updates in late August and mid-September. 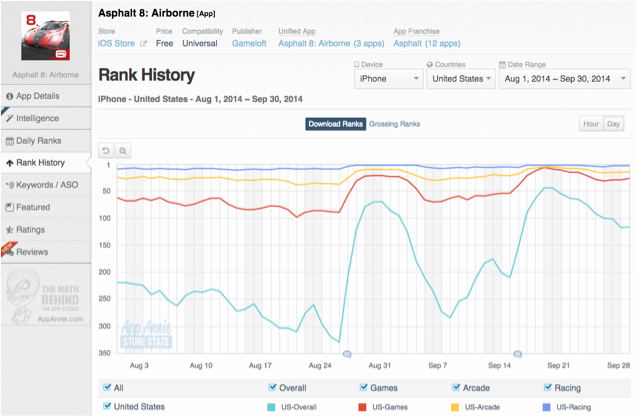 These updates improved performance for iOS 8 and iPhone 6, introduced multiplayer events and expanded the game’s pioneering Twitch livestream broadcasting functionality to additional iOS devices. On a similar note, at the end of August, Heroes of Order & Chaos, a Multiplayer Online Battle Arena (MOBA), became Gameloft’s second game to integrate the Twitch SDK and we are interested to see how livestreaming impacts the mobile gaming landscape. 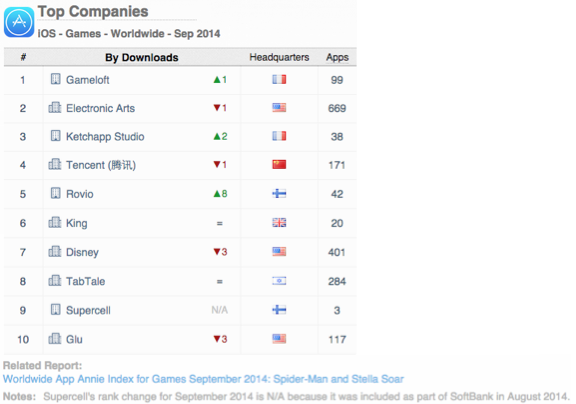 Since releasing its first iOS worldwide hit 2048 in March 2014 as a relative unknown, Ketchapp Studio has produced an incredible run of chart-topping mobile games. Titles to reach the top 10 by downloads include Amazing Brick, Circle the Dot, Don’t Step on the White Tile, Make Them Fall, Make Them Jump and The Line. In September, two more games were propelled into the worldwide top 10 by iOS game downloads -- endless runner Amazing Thief and tower-builder game The Tower. 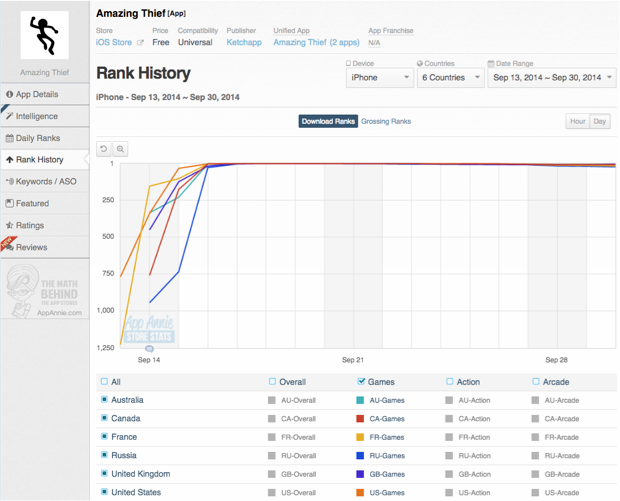 Amazing Thief snatched the top download spot in multiple countries less than a week after its launch.

Like all of Ketchapp’s hits, these two titles feature one-tap control, simple gameplay and short-play duration -- a formula that clearly works. In September, Ketchapp Studio entered the top 3 iOS game publishers by downloads alongside industry giants Gameloft, Electronic Arts, Tencent and Rovio. Its success demonstrates that there are still considerable opportunities for game publishers who understand the dynamics of app discoverability in the stores.

If you are interested in finding out more about top apps outside of games, please check out the September 2014 Worldwide Index for Apps. To keep up-to-date with all the changes at the top of the app and publisher charts, check out the complete set of App Annie Index tables.