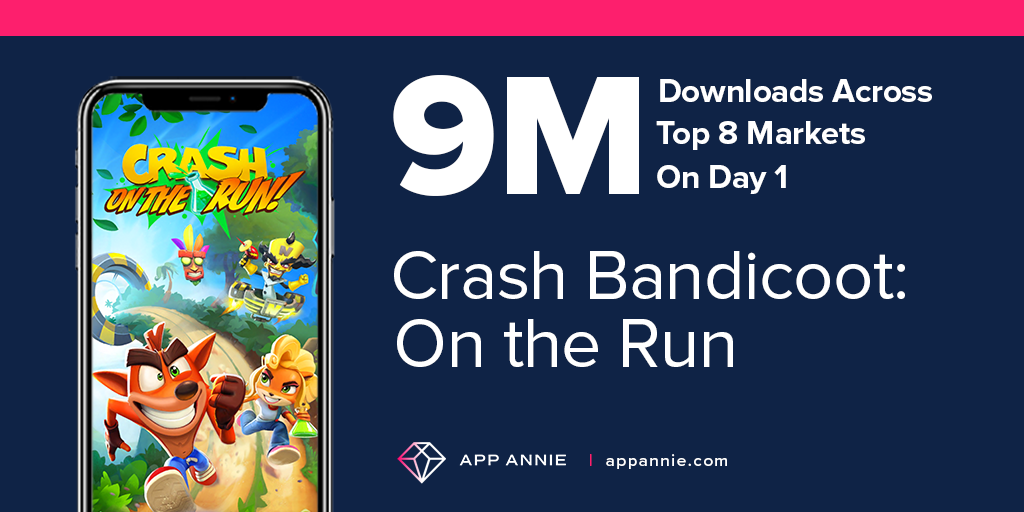 Making the Leap to Mobile: Crash Bandicoot is Positioned for Success

Crash Bandicoot: On the Run was published by King — the mobile game publisher behind the hugely popular Candy Crush Saga franchise. In 2020, Candy Crush Saga was the 2nd most played game worldwide outside of China. With the weight of a seasoned mobile game developer behind it, Crash Bandicoot: On the Run is well-positioned to leverage the popularity of the franchise as a console video game for the mobile audience. With mobile being the most popular form of gaming around the world and consumer spend set to surpass $120 billion in 2021 — 1.5x the rest of the gaming market — many video games are turning their attention to mobile. Call of Duty: Mobile made the leap to mobile in 2019 and reached 100 million downloads within 20 days — similar to the performance of Pokémon GO (19 days) and 5x faster than other core games including PUBG Mobile (100 days) and Fortnite (643 days). We’ll continue to monitor the launch of Crash Bandicoot: On the Run to see how it stacks up against other popular titles. 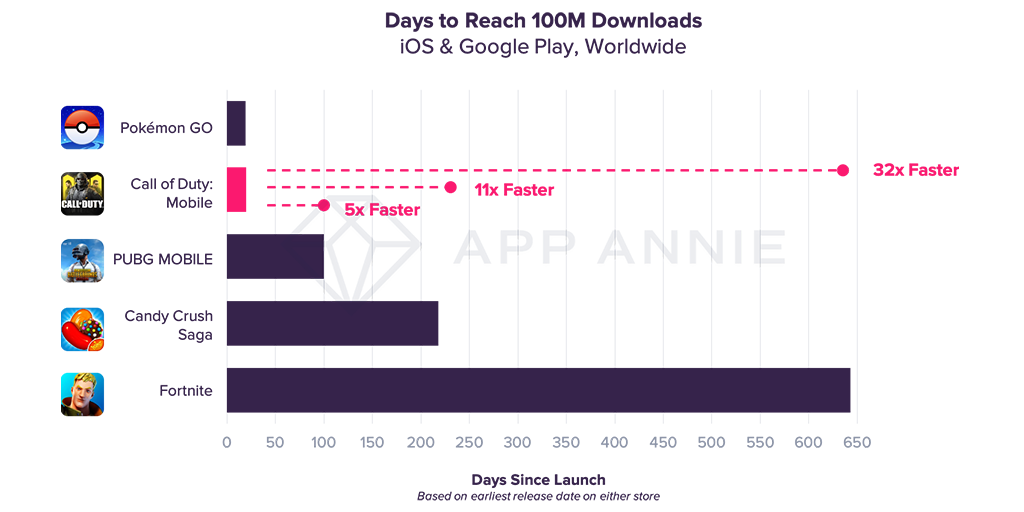 As a casual arcade runner game, Crash Bandicoot: On the Run is characterized by a constantly moving screen with limited control of the character while having to avoid obstacles in the gameplay. These games tend to be tuned to shorter, more frequent sessions with easy gestures — making them easier to play and good contenders to garner widespread adoption. Other notable casual arcade runner games include Subway Surfers and Temple Run. Subway Surfers first launched in 2012, and 8 years later was the #3 Game by global downloads in 2020, and the #8 Game by global average monthly active users (MAU) in 2020 outside of China — an impressive feat especially given increased competition in the mobile gaming space. This speaks to the appeal of casual arcade runner games and their ability to not only maintain an engaged user base but continue to attract new gamers.

Crash Bandicoot: On the Run’s is well-positioned to leverage its brand recognition — particularly tapping into nostalgia from millennials who grew up playing the original 1996 Playstation release and subsequent games in the franchise — with the modern-day appeal and distribution of mobile gaming. Over 9.1 million downloads in just 24 hours is an impressive start, and surely, just the beginning.

For more on the State of the Mobile Gaming Market in 2021, read our latest gaming report:

Looking to make more of the mobile opportunity? Talk to an expert today.

The Only Game in Town: Mobile Gaming Soars to New Heights in a Year of Indoor-Only Fun

And it won’t stop there. We estimate consumers will spend $120 billion on mobile gaming in 2021 – dwarfing the revenue for all other games formats.