On July 9, 2019, Nintendo’s latest mobile game Dr. Mario World, co-developed by gaming giants LINE and NHN, hit app stores a day earlier than initially anticipated — quickly surging to the #1 download spot in the US. Dr. Mario World has been a classic video game among Nintendo’s Mario collection since 1990. The new mobile version maintains the core gameplay mechanics while positioning itself as a match-three puzzle game, a type of game that casual mobile gamers know and love.

On the July 9 launch date, Dr. Mario World hit #1 in game downloads at 11:00 am PT on iPhone in the United States for hourly rankings.

As the latest highly anticipated mobile game to launch this summer, Dr. Mario World hit #1 faster than Harry Potter: Wizards Unite, which hit #1 at 12:00 am on June 21 (a day following its launch) and 4 hours later than BTS World which launched on June 26. All three of these new games found quick success, in part due to strong intellectual property and dedicated fan bases.

While Dr. Mario World maintains the core gameplay mechanics of the series, there are interesting wrinkles added to optimize for mobile. The gameplay difficulty is based on configuration and a limited number of capsules to help the doctor wipeout viruses more so than speed of movement and time limits in previous entries. Movement in the game flows from the bottom to the top instead of top-down — ideal for more ergonomic swiping motions when playing with one hand. The game does still follow in the footsteps of Super Mario Run by requiring a consistent internet connection in order to play, limiting some gametime options when such a connection is not available. 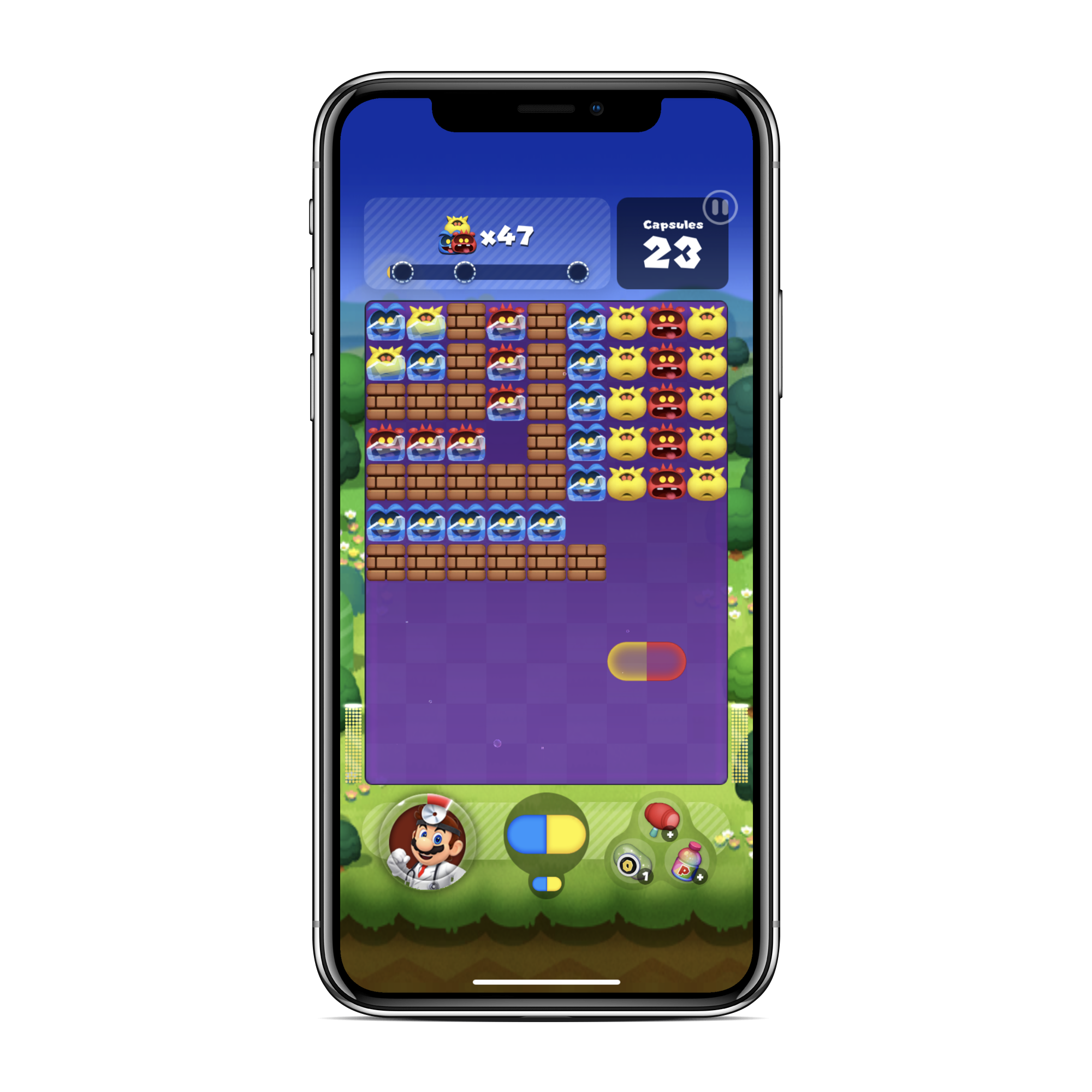 Dr. Mario World gameplay flows from the bottom of the screen to the top to optimize for mobile ergonomics.

In addition to five worlds of stages (which Nintendo will add to over time), there are also multiple doctors and assistant characters gamers can unlock as part of player progression. Dr. Mario World also includes a multiplayer mode in which you battle head to head with another real-life opponent to clear viruses as quickly as possible, waging coins on the outcome. Character selection and the multiplayer mode are unlocked after surpassing Stage 20 in the first world, which also initiates a download update at a natural pause in gameplay.

While it’s interesting to see which games hit #1 fastest in download rankings and how long they remain at the top of the download charts, time spent in-app, monthly active users and average revenue per user are often better measures for long-term success. Despite large fan followings, the overall gaming experience and user engagement are critical factors that encourage gamers to continue to frequent games and attract stickiness. We are interested to see how these games hook new users, delight long-standing fans and cultivate longevity and deep engagement in the months to come.

Check out our latest analysis on breakout games and growth trends in Q2 2019. For a deeper dive on the State of Mobile Gaming in 2019: