Mobile Minute: How Hulu Has Emerged as a Top Competitor in the Video Streaming Wars

Hulu proves quality and quantity of content are both critical for success in the ongoing video streaming wars.

On June 5, 2019, Hulu will release season three of its award-winning series Handmaid’s Tale. Hulu has found a recipe for success with the power of exclusive content paired with distribution bundling and capitalizing on the growth of cord-cutting. As of May 1, 2019, Hulu reported it has grown to over 28 million subscribers, up 12% in 2019 alone. We have seen strong growth mirrored in its mobile user base, as more consumers turn to their mobile devices to stream content.

Since the series premiere of Handmaid’s Tale in April 2017, Hulu’s smartphone monthly active user (MAU) base has grown 130% as of April 2019. 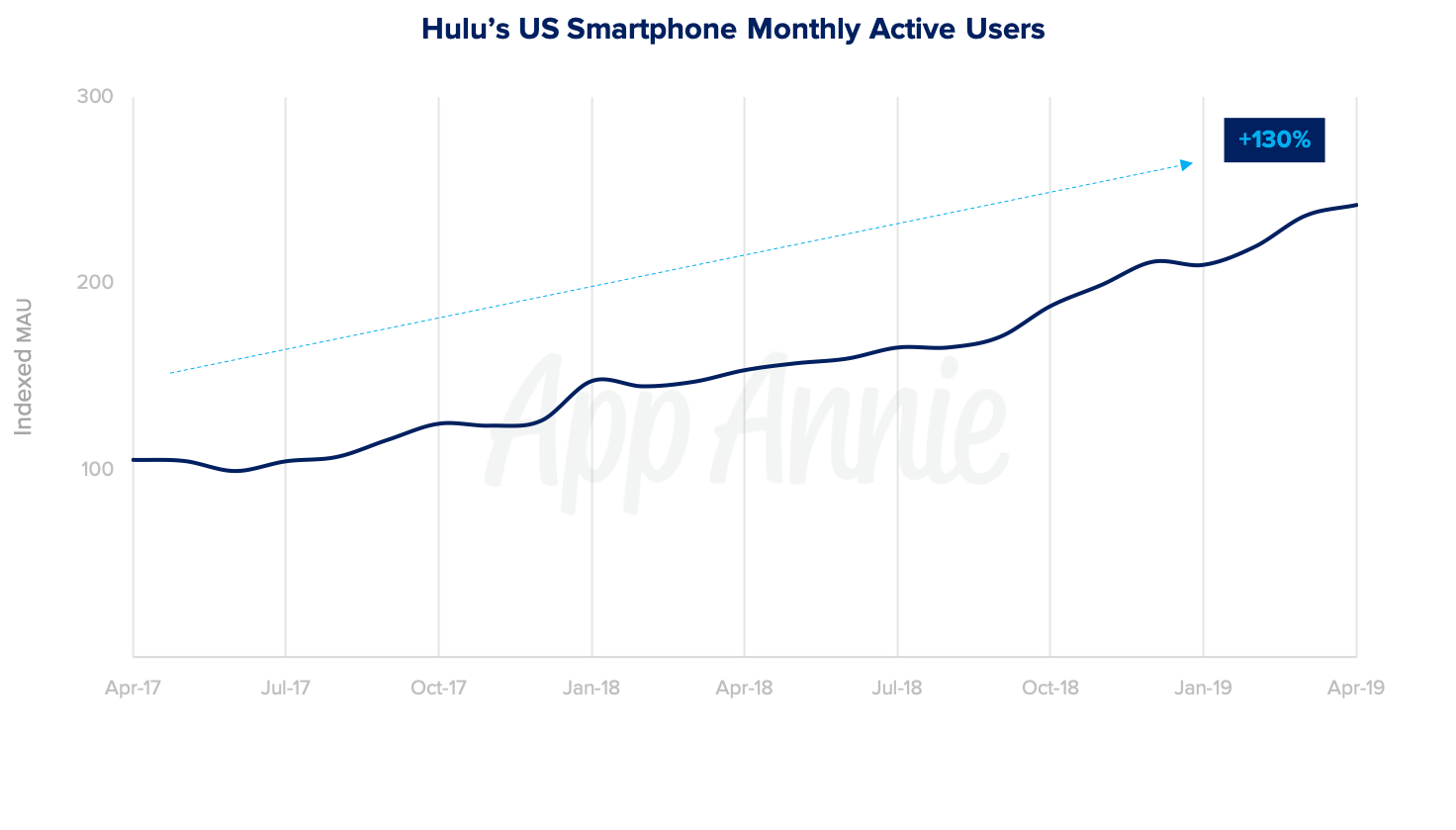 Over the last two years, Hulu has grown tremendously. Over a period of 12 months, Hulu ranked #4 by peak smartphone MAU in a month (previously #7 over a similar trailing twelve month time period in 2017) and #3 by peak time spent in a month (previously #4). Ranking by peak month allows us to account for seasonality such as sports seasons or series premieres. 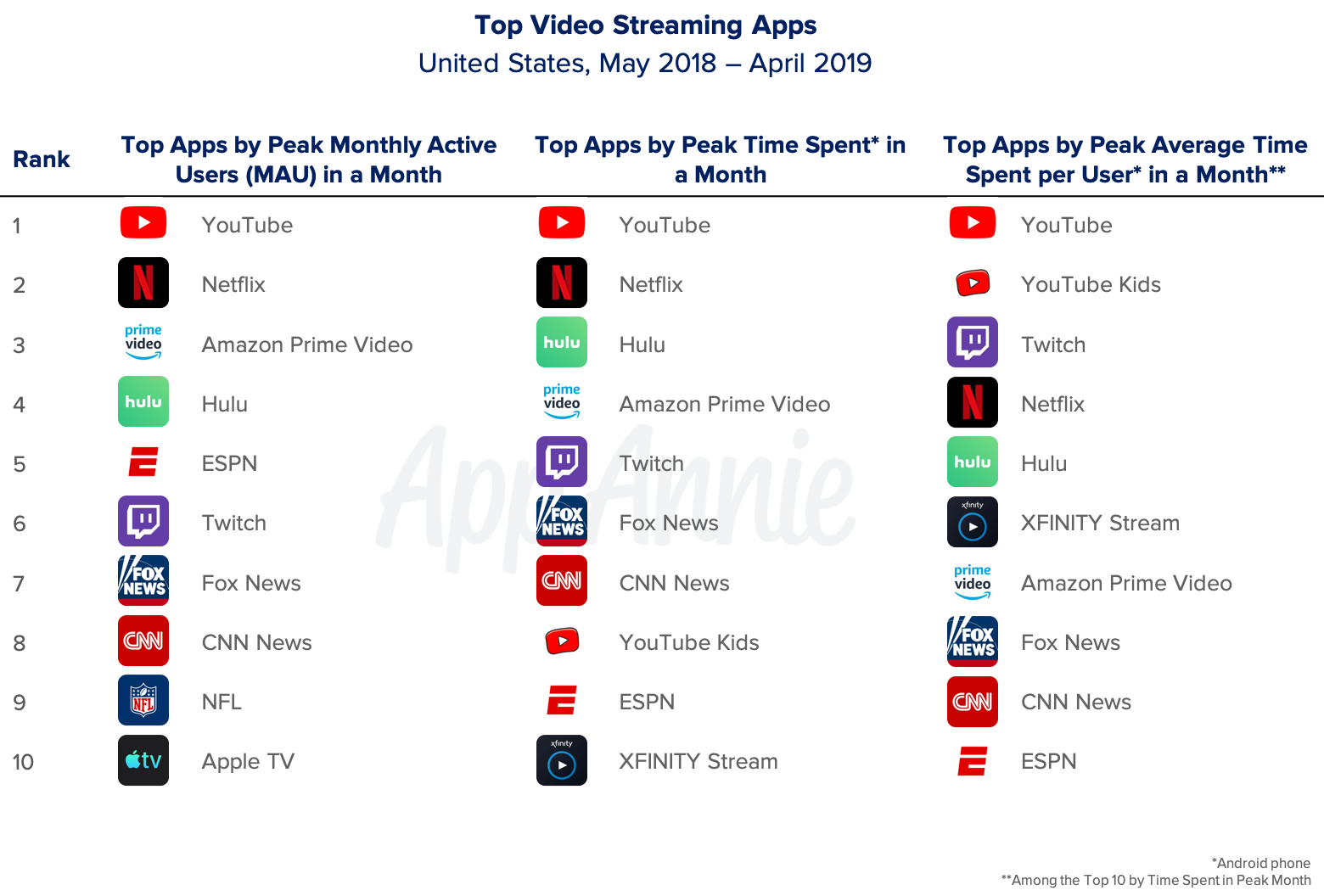 These rankings show consumer demand for a wider breadth and volume of content during a time when more consumers are turning to the screens in their hands to watch their favorite shows and movies. In the US, time spent in the top 5 video streaming apps nearly doubled in 2018 from two years prior.

Hulu’s rise began in the age of cord cutting — positioning itself as an affordable alternative to cable due to its extensive content from various networks. In the last two years, Hulu has continued to cater to consumer demands by expanding offerings to include live TV subscriptions, increasing accessibility and affordability through distribution partnerships with Spotify and Sprint and monetizing through less intrusive advertising formats — such as its new pause ads that display static ads when viewers pause content.

With Disney taking over complete control of Hulu, Disney+ set to enter the market in 2019 and ESPN+ already in market, it is clear the Walt Disney Company is becoming a force in direct-to-consumer video streaming. We expect competition to continue to intensify, with mobile being a primary battleground for viewers. Exclusive content, breadth of content offerings, recommendation engines, partnerships and innovation around pricing and packaging models will be differentiators in the battle to win over consumers.

For more on the state of video streaming in 2019, download our latest report: