Yesterday, Netflix announced its Q4 2019 earnings which highlighted 8.8 million new subscribers for the streaming provider. While Netflix ranked #2 in overall global app store consumer spend in 2019, competition in the video streaming market intensifies with new services such as HBO Max and NBC Peacock expected to launch later this year. While we’ve seen high adoption from new participants such as Disney+ — ranking #1 in December for overall app downloads in the US — this has also resulted in increasing user overlap with Netflix. 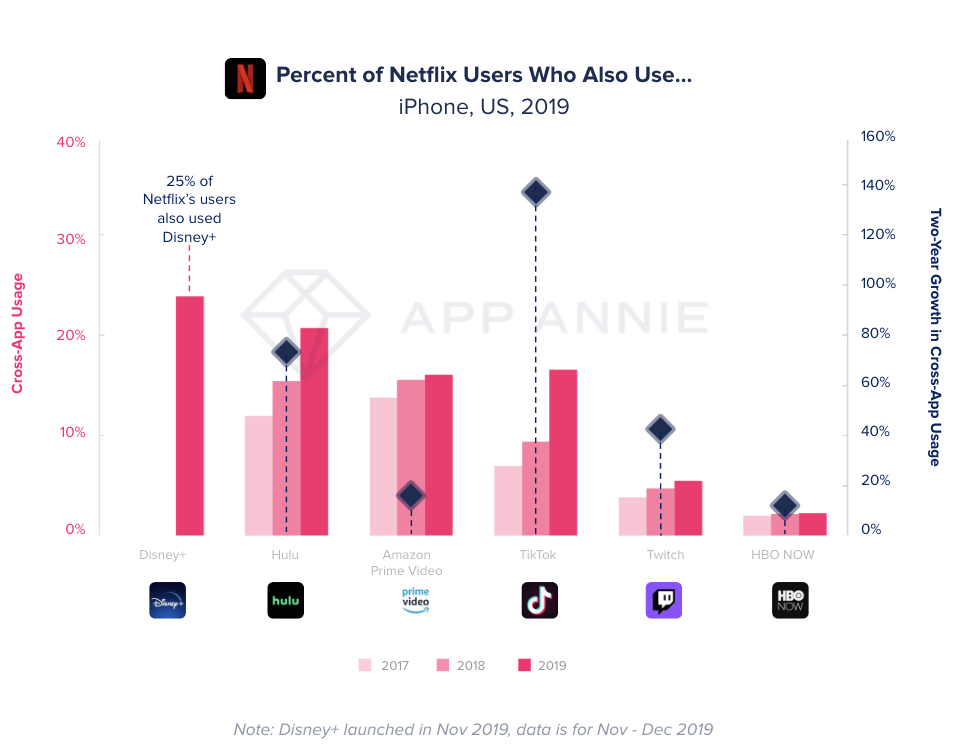 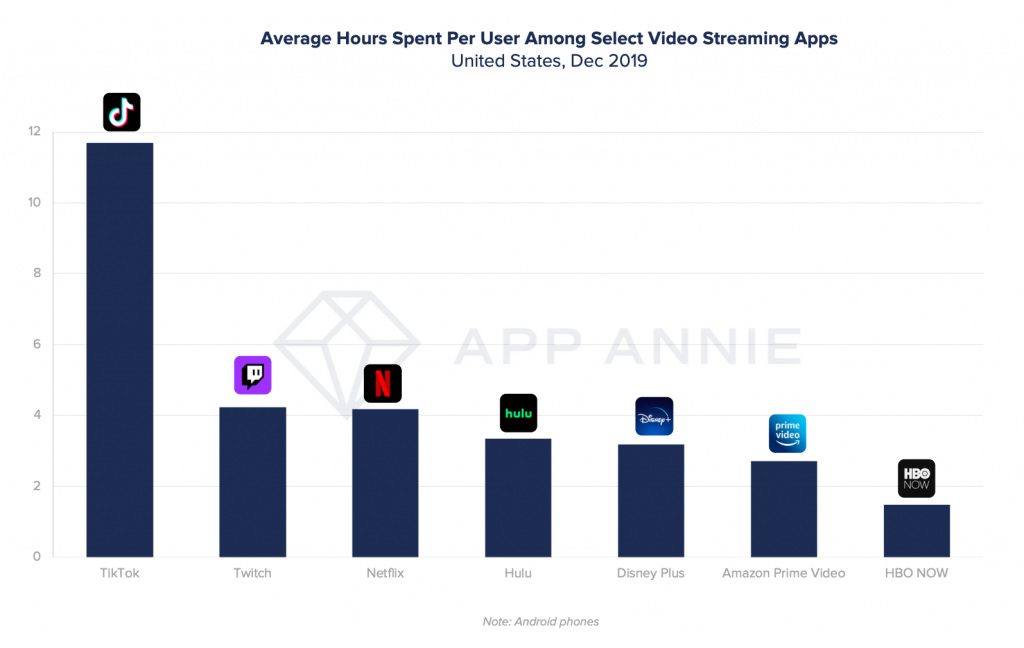 As we prepare for the anticipation of new launches including NBC Peacock and HBO Max later this year, we expect to see high initial interest from consumers in trying these new services and exploring available content. While we’ll likely see these platforms perform well in initial download rankings, quality, quantity and affordability of content will play a major role in determining what players hold lasting leadership positions in the overall streaming wars.

The mass migration from broadcast TV to on-demand – and from big-screen to mobile – started a decade ago. Lockdown moved it to a new level, with app-based video streaming up 40% in a year.

Mobile Minute: Dating App Use Grows as Singles Swipe Ahead of Valentine’s Day