In honor of March Madness’ dramatic tip-off, we look at three smaller-but-mighty apps that have unexpectedly risen to the top of the ranks.

Every year America is gripped by a collective sports insanity as 68 teams battle for college basketball supremacy. Among the many storylines that make March Madness impossible to turn away from — last-second buzzer beaters, fans storming the court — perhaps the most compelling is watching to see which team will emerge as that year’s Cinderella story. These are smaller schools new to the world stage, underdogs, who greatly outperform expectations and find themselves competing with perennial powerhouses.

So in celebration of the today’s March Madness tip-off, we’re taking a look at three of the app world’s own Cinderella stories. To find our apps, we pored over the past three month’s worth of App Annie data (December 2016 through February 2017) looking for apps responsible for the largest increase in market share in combined iOS and Google Play downloads. From there we dug even deeper to identify apps from newer publishers until we had three selections that we felt exemplified the Cinderella story spirit.

And with that, it’s time for some March madness. 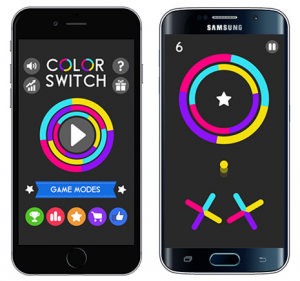 Released: December 2015
What It Is: Color Switch was the very first, and to date only, app ever released by Australian publisher Fortafy Games, which saw its highly addictive game become a surprise global phenomenon.
Track Record: Color Switch began climbing both the iOS and Google Play Store rankings almost immediately after launch and began to see huge growth in downloads in the United States in February 2016. By the end of 2016 it was the second most downloaded game of the year in the US, behind global superstar Pokémon GO.

Impressively, Color Switch has maintained its popularity and still ranked in the top 10 in combined Games downloads in the US as of February 2017.

The Takeaway: There’s no substitute for simply making a great product people can’t get enough of, and Color Switch has largely hung onto its initial momentum by consistently updating the app with new levels, features and social functionality that’s kept loyal players coming back for more. 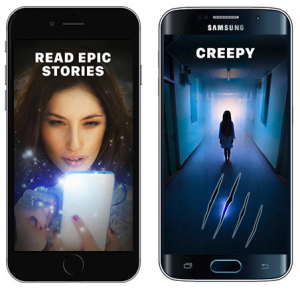 Released: August 2015
What It Is: Aimed primarily at teenagers, Hooked delivers horror and suspense stories in the form of bite-sized text message conversation, as if you were reading someone else's chat history. Like Color Switch, Hooked is so far the first and only app ever put out by new publisher Telepathic.
Track Record: Hooked has reached a seeming tipping point in the past months as downloads in the US ramped up sharply in December 2016. Hooked was #4 in market share growth in combined app downloads (excluding games) in the US for the reporting period and garnered nearly 1.3 million downloads in February alone.
The Takeaway: Telepathic rigorously tests all of its stories with user test groups before publication to ensure that even the seemingly subjective world of stories is backed by data. In addition, it established an effective monetization model from the beginning — readers who don’t subscribe have to wait longer to reach the end of a suspenseful story — making for a popular and profitable app. 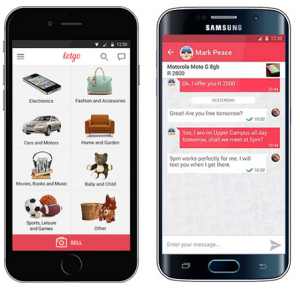 Released: May 2015
What It Is: A commerce app that allows people to easily buy and sell “used stuff,” Letgo is unique among these three apps in that its parent is a mobile-first company. Like Uber, Letgo’s business is entirely driven through the app.
Track Record: Letgo also stands out because it seemingly still hasn’t reached its peak. It was #9 by market share growth in combined downloads (excluding games) in the US during the reporting period, beginning to notably increase in downloads in April 2016 and continuing to grow steadily ever since.
The Takeaway: Short burst campaigns aimed at generating high initial interest can be effective, but there can also be enormous value in playing the long game. By listening to user feedback and constantly improving, Letgo has created an app that looks to be around for a long time.

In March Madness or the app economy, it may seem like Cinderella stories come out of nowhere, but the truth is that there are some fundamental strategies that underpin all success stories, and with the right information their success is more predictable and understandable than it may seem.

Keeping a finger on the pulse of the latest innovations is crucial to success, and that’s exactly why you need to attend App Annie’s upcoming Capptivate conference. The two-day event will explore how mobile apps are redefining how companies do business and provide mobile professionals with the actionable insights they need.

Advanced registration starts at $399. Sign up now because prices will go up soon.