1. If you want people to use your app, make sure you accept the most popular payment methods. 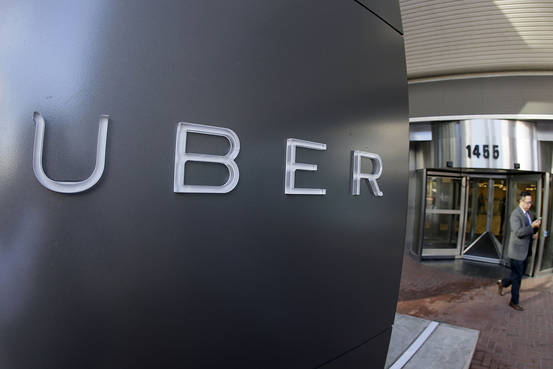 Why It Matters: Uber announced it will integrate Alibaba’s Alipay to streamline payments for Chinese users traveling outside the country. This might surprise some considering Alibaba’s stake in its competitor, Didi Kuaidi, but it reflects Uber’s attempt to meet local needs (which would lead to more people using its service).

Just as there are many third-party app stores in China, there are many online payment services actively used in the region. It’s important to make sure your app works around your users’ behavior. (Source: The Wall Street Journal)

2. Look at Snapchat for your next app-install campaign. 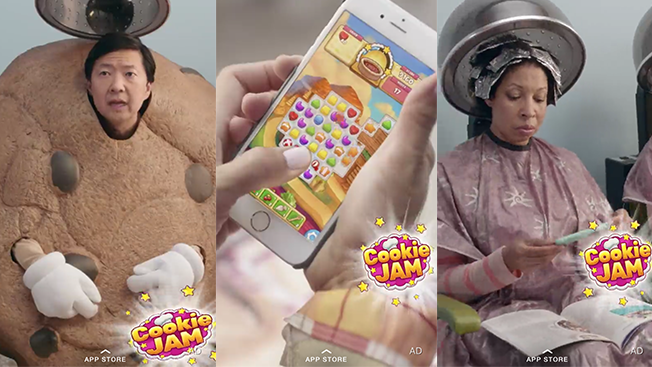 Why It Matters: Snapchat started running app-install ads last week, beginning with SGN’s mobile game Cookie Jam. This is the first in what could be a range of advertising solutions for app developers, where a user would swipe up to be taken to an app store page to initiate a download. App-install ads are big revenue generators for Facebook; we look forward to seeing how they perform on Snapchat. (Source: Adweek)

Why It Matters: WhatsApp Messenger celebrated hitting its 1B MAU milestone last week, which comes on the heels of it dropping its $0.99 annual subscription and the announcement that it will start making business tools.

Though WhatsApp is a clear leader, the messaging space is still hotly contested — particularly in emerging countries. It’s worth monitoring whether its play to engage businesses will help keep its stronghold (and eventually turn profit for its parent company, Facebook). (Source: Quartz)

4. Make sure you accept Apple Pay (and other popular mobile wallet services). 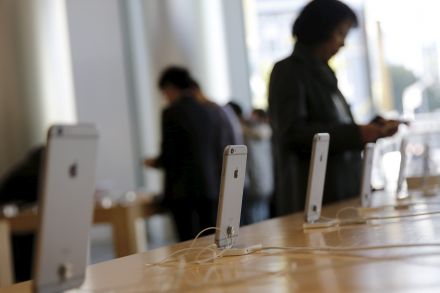 Why It Matters: When it comes time to check out, more and more users are pulling out their smartphones. That trend applies digitally as well. Apple reported that in-app purchases using Apple Pay doubled in the last six months, and the service is now available in over two million physical retail locations.

While widespread adoption and a clear market leader is still undecided, it’s a great jumping-off point for technology that just began emerging within the last few years. (Source: Bloomberg Business)

5. Mobile is proving its worth in the advertising media mix. 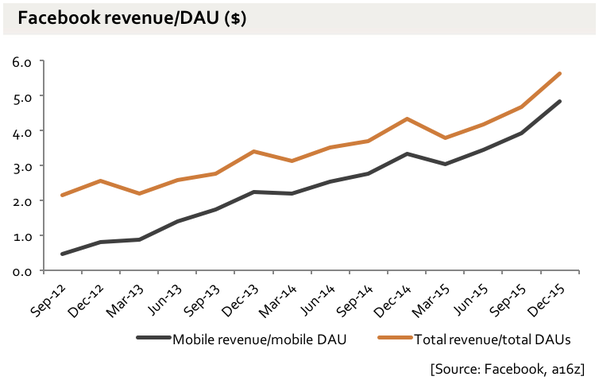 Why It Matters: As recently as 2012, ad analysts thought that “digital dimes are turning into mobile pennies,” meaning mobile users were less valuable for advertisers because of things like smaller screen sizes and mobile being thought of as a less engaging medium. Despite that, companies like Facebook doubled down on mobile, and they ended up growing the value of mobile users considerably.

This article goes into the reasons why a lot of mobile’s perceived negatives were either misstated or misunderstood. As Facebook and others have proven, there’s a lot of value in a mobile user, as long as you have the right ad strategy and creative to capture it. (Source: mobile media memo)