Coming off the holidays, users are looking for apps to add to their brand-new phones. Now’s the time to focus on UA.

January signals the new year, and a slew of new smartphone users. During the December holidays, many people receive or purchase smartphones as gifts, opening up the opportunity for publishers to acquire new app users.

While most publishers — particularly retailers — are focusing on December downloads and engagement, don’t count out the new year. App engagement is at its peak in the month of January as new smartphone users explore the app stores and download new apps. If your user acquisition (UA) tactics are sound, January downloads can lead to engaged users. 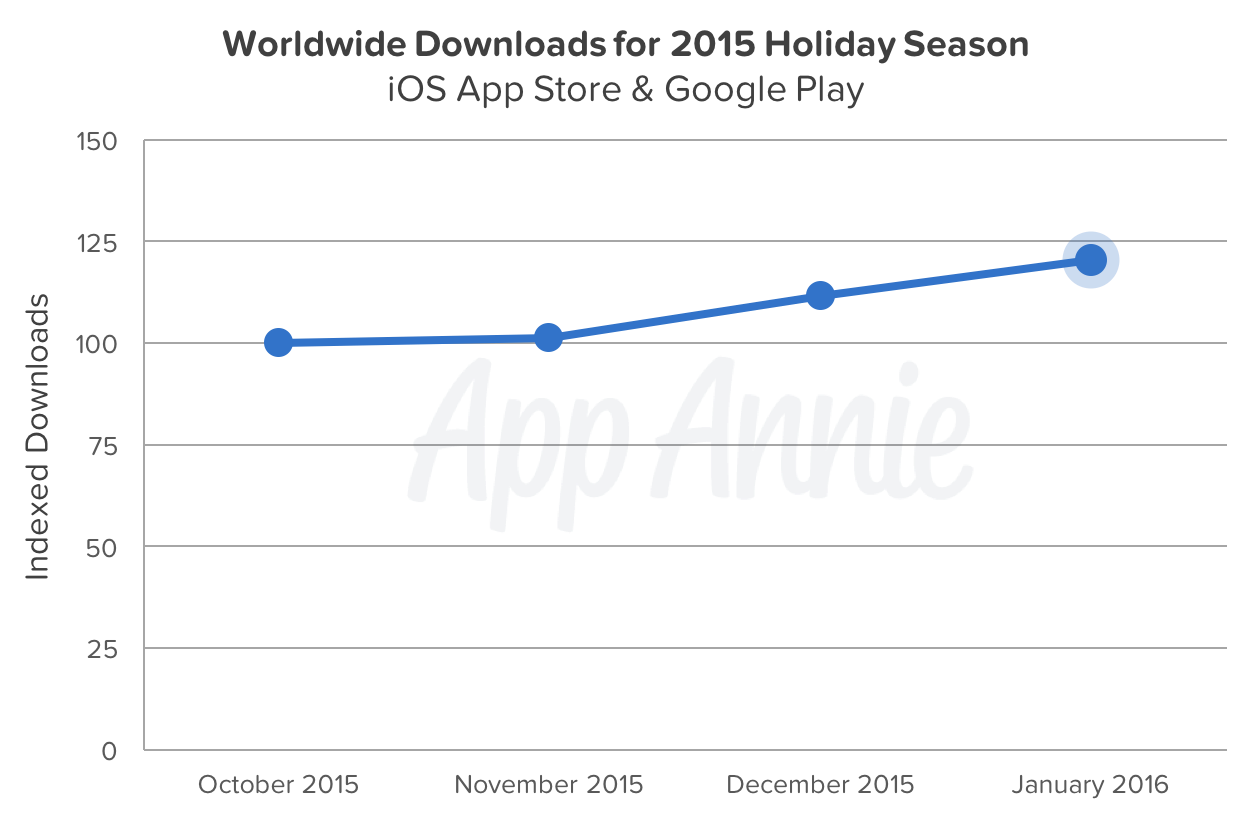 Take 2015, for instance. App downloads picked up in December, potentially due to increased mobile shoppers for the holiday season. However, January had the highest number of downloads worldwide, compared to the three months preceding it. During the holidays, many smartphone users upgrade to a new model with more storage, freeing up space to try out new apps. Even during the 2014 holiday season, January 2015 saw a 20% increase in downloads from October. Based on historical data, we expect to see a similar trend emerge in December 2017.

Standing out to New Smartphone Users

While January creates a strong UA opportunity, reaching new users across crowded app stores can be tricky. If you want to maximize the performance of a January UA campaign, follow these best practices.

When users land on your app store page, they need to clearly understand your app’s unique value before deciding to install. This is where app store optimization (ASO) comes in.

Ensure copy on your app page is digestible and straightforward, and leverage screenshots that highlight main features. New users might spend more time exploring an app store page, and any awkwardness or tough-to-understand elements could deter a download.

In addition to prioritizing a user-friendly page, appeal to new users by illustrating the direct benefit your app will bring to a user’s life. Whether it be simplifying your commute with Uber, providing access to content on the go with Netflix, or making coffee purchases as simple as scanning a QR code with Starbucks — each of these popular apps make use cases known almost instantaneously on their app store pages. 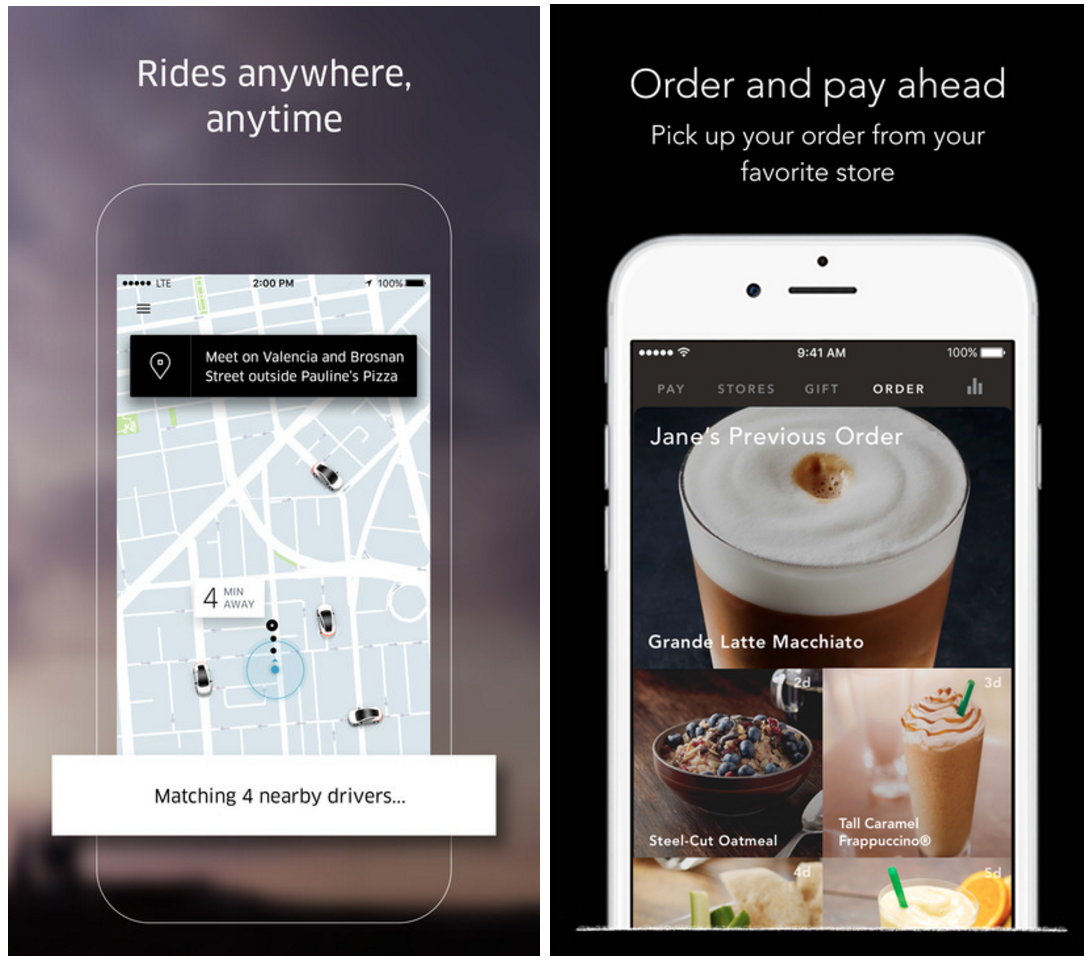 Both Uber and Starbucks effortlessly demonstrate the clear benefit each app provides.

By using clear messaging and captivating creative, your app is sure to stand out.

Play to the New Year

The new year presents an opportunity for app publishers to tailor creatives and UA campaigns to the season. This is especially pertinent to apps that are often associated with New Year’s resolutions, like fitness and finance apps. New app users will be searching for apps to help them accomplish goals — like becoming more fit or getting finances in order — and could have less of a bias in choosing one.

Take a look at how competitors have positioned these campaigns in the past to get an idea of how they’re reaching new users. Do they have a recurring theme each year? What kind of incentives are they offering for signing up? Are new features launched during this time period?

Get a better sense of what your target audience cares about early in the year by looking into how they’re using competitor apps. For instance, by examining Uber’s users with App Annie Intelligence, we can see other apps users are interested in — providing a more complete picture of what users deemed important early in the year. 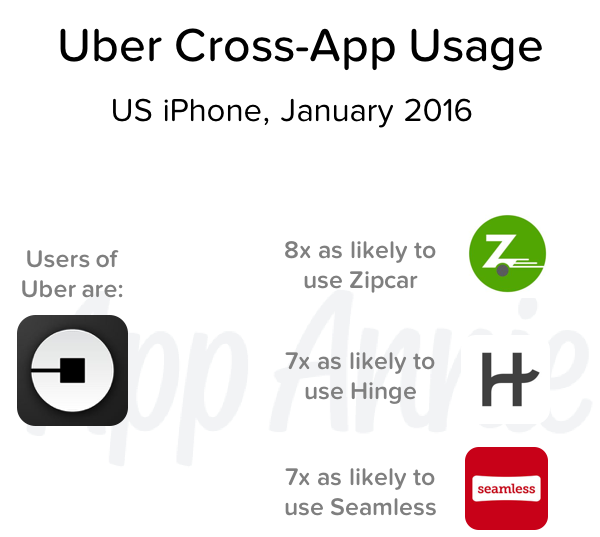 Finding out other apps that Uber users are likely to have can help provide a better idea of what this demographic as a whole finds important.

Become well-acquainted with a culture before launching a marketing campaign centered around the new year. New year trends related to fitness and finance may hold true for the United States, but may vary by country. Some new year celebrations might be on a different day entirely. China celebrates its new year toward the end of January, so any new year promotions before then wouldn’t be as well received.

Learning cultural preferences, as well as ensuring both copy and creative elements are localized will help to establish a smooth campaign launch.

Acquiring new users in January is great, but winning them over for the long haul is the real goal. Analyze the impact of push notifications, find the perfect time to ask a user to leave a review, and incentivize reasons to return to the app often. Keep them connected to your app and an avid user by bolstering your retention efforts in the coming months. Be sure to check out our App Store Optimization (ASO) Playbook and User Acquisition Playbook for additional tips for building out your marketing campaigns.

Get Best Practices for 2017

Learn more about how top retail publishers rocked the holidays. Join us on Wednesday, January 11 at 10:00 a.m. PT to get key insights into the growth of retail apps and best practices to capitalize on holiday spending. Register for our webinar, Unwrapped: Holiday App Insights to Drive Retail Strategy.