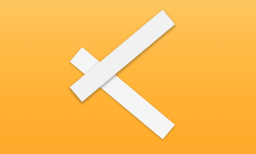 the Clave comes to the new Apple TV, with an HD interface and full-colour imagery!

The selected pattern is shown on-screen in traditional notation, with each beat highlighted as it is played.

Patterns can be switched between 3:2 (forward) and 2:3 (reverse) clave.

Tempo is variable from 40 to 200 beats per minute (in cut time), and the timing is rock-solid: accurate to the nearest sample (22 microseconds).

From the tempo screen, swipe up or down on the touch surface of the Siri Remote to choose a tempo in BPM, or tap in time with the beat to set a tempo rhythmically.

You can alter the sound: there are high and low pitches and a volume boost option.

It's a useful practice aid, whether you are beginning to play Latin American music, or an experienced sonero. It can also be used to help inject new vibrance into other styles of music - for example, try playing a jig with one of the Afro (6/8) claves playing!