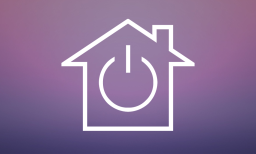 It will sync your iOS actions via iCloud and allow them to be called from your Apple TV.
If you don't use iCloud then you can sync your actions by using the iOS app. Select the Settings app, then "Home Remote" then "Sync without iCloud". Open Home Remote and then enter the IP address shown on the Apple TV screen.

It also supports Home Remote: Remote - A new feature that will remove the need for port forwarding if you want to control your home automation from outside the home network.