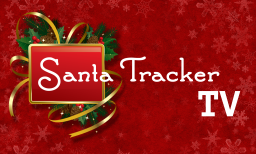 Count down the days until Christmas with daily messages from Santa Claus and his elves and then track Santa's flight around the world from the North Pole to your town on Christmas Eve!

Follow Santa's route as he and his reindeer fly around the world delivering toys to boys and girls everywhere.

Share the excitement of waiting for Christmas and the arrival of Santa Claus with kids of all ages!

Many thanks to all you Santa Trackers out there for making the iPhone and iPad versions of Santa Tracker into two of the highest ranked entertainment apps in the United States in the days leading up to Christmas over the last couple of years! We hope you will enjoy this new Apple TV version, recommend us to your friends and join us again this Christmas Eve!

Merry Christmas to all!