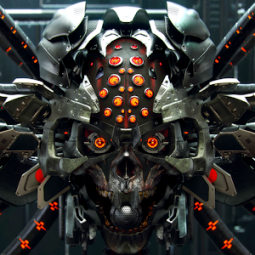 This update brings a brand new version of the Neuroshima Hex app, completely replacing the previous version, which is not compatible with newer mobile devices. It introduces asynchronous cross-platform multiplayer mode and improved AI with 3 levels of difficulty.

By accepting the update, the old version of the game will be deleted from the device, and replaced by the new app. The new app comes with 4 basic armies: Moloch, Borgo, The Outpost, The Hegemony.

Users who purchased other armies in the old version of the app will temporarily lose the ability to play them in the new app. Those armies will be added to this app in future updates. Users who already purchased them in the previous app, will be able to download them for free. New armies will be also available for purchase to new players.


Control an army struggling for survival in the post-apocalyptic world. Choose one of the 4 unique factions—Moloch, Borgo, The Outpost, The Hegemony—and defeat your opponent in tactical warfare. Play solo against an AI opponent or against a human player in an asynchronous cross-platform multiplayer mode.
Prove that you have what it takes to survive:
March with the machines of Moloch, leading its army toward setting the new world order.
Become Borgo and unite the forces of the mutants who spread terror in the wastelands.
Lead The Outpost, humanity's last and only hope, and try to beat the machines in against-the-odds guerrilla warfare.
Be the boss of The Hegemony, a land of gangers uncaring about the fate of others, living only for violence and their mad entertainment.
Neuroshima Hex is a fast paced, tactical game for 1 or 2 players based on the well known tabletop board game by the same name. The game has been published in 8 languages and enjoyed by fans all over the world. Throughout the years, it has been steadily developed by Portal Games, and now offers as many as 19 different armies. In May 2007 Neuroshima Hex was awarded a special jury distinction for the Best Polish Designer Game published in 2006.
FEATURES
- Official Neuroshima Hex game with original artwork
- 4 different armies with unique strategies (other armies will be made available for purchase with future updates of the app)
- For 1 or 2 players
- Asynchronous cross-platform multiplayer mode
- 3 AI difficulty levels
- In-game tutorial & manual
- Tons of gameplay
- Easy to learn, hard to master

Neuroshima Hex was featured in Google Play on 2 placements in France on 21 Oct 2016.