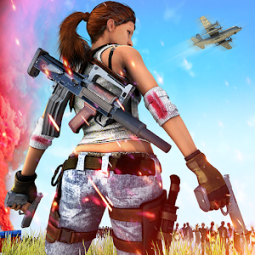 Survive from the zombie apocalypse, Ready to aim, Fire the zombie in free zombie gun games.
Apocalypse began and virus outbreak. Your role is as a survivor, walking between life and death. you have to shoot zombies as much as you can in this best offline zombie gun games. After survival, you make a special sniper zombie shooter team to head the warfare. Collect weapons and save mankind from an apocalypse of non-stop zombie attacks in this best offline shooting games. If you want to survive, train yourself as a zombie survivor on front line war. Kill zombies to prove yourself as a skilled shooter in this offline zombie games. Just try your best aiming in this gun games.

Immerging Zombie Games Design
Immerging game design and the game story will make your free time full of fun in offline shooting games. Every zombie has its unique deadly killing abilities, increase challenges for you to survive in this zombie survival game. In this best zombie games 3d, most of them are extremely infected and have some unique weak points, which help you to eliminate them easily with less time in deadly zombie games.

Offline Zombie Game Unique Guns
In this offline shooting games, various deadly weapons (assault & sniper gun) are available for thrilling in offline sniper games. you will customize your guns in the weapon store of gun games offline. Every weapon has different damage and shooting range. You will use sniper rifles for long-range targets and assault guns for combat.

Simple and Addictive Game play
In the Zombie Apocalypse game, the Auto-fire system helps you to constate on shoot zombies and help you to complete your challenges with limited time in offline zombie sniper games. shoot zombies as much as you can to earn more virtual cash and reward which help you to unlock other exotic weapons in offline zombie games. The appealing story and addictive game-play will make your free time full of fun in this shooting and surviving zombie games. It’s a chance to prove yourself as a deadly zombie shooter in gun games offline.

Are you a fan of Offline Survival Games?
Zombie Apocalypse Game is one of the best offline survival games for unlimited fun. Now, what are you waiting for? Hurry Up!! Explore the zombie gun games levels and try your shooting skills in zombie gun games 2021.