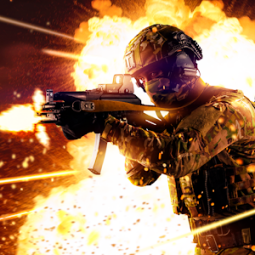 The World of War

An epic war awaits you! Join players around the world in this action-packed strategy game and build a powerful army. Be the leader of deadly troops in this military strategy game. Construct your base, build defenses, and form an elite army. Unite with your friends to form the strongest alliance and overthrow your enemies!

It’s time to plan your strategy. Will you join other players or try to reach the top by playing solo? Plenty of choices await you.

Collect resources, build a base, fortify it, and complete your dream army with plenty of units and vehicles to choose from. Every unit and vehicle specializes in different combat actions, which ones will you choose to max out your army? Create the most dangerous weapons to equip your units, as well as tanks and planes.

Alliance – Overcome your enemies through air or land, joined by your alliance. Spy on your enemies, analyze their armies, define your strategy for the battle, and communicate with your friends in the alliance to reinforce defense or attack forces.

Troops – Train a wide variety of soldiers from infantry, officers, and professional fighters. Every soldier will specialize in specific combat or war aid. Attack, snipe, heal, or ride tanks and planes. Your army will increase their levels, and you will be able to assign skill points to make them stronger.

Empire – Explore outside your base and collect resources to build and upgrade your base. It’s time to grow your empire. Also, defeat enemies for resources. Fortify your troops and base to avoid any major attack.

Research – Use research facilities to grow stronger. Increase the strength of your base, reduce your production costs, and enable your army to become stronger.