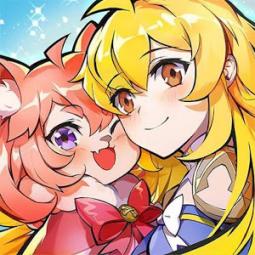 "Ragnarok M: Eternal Love" has been with you for more than a thousand days. Together we've experienced and witnessed many stories about gathering and parting. Now, a new era is coming!

To welcome the coming new era, various teasers about this new release can be seen. A brand new map "Moon Lake" and new Main Plot Stories will lead you to a secret about the moon and rainbow. The new multi-player gameplay mode will brings you a more exciting team confrontation. And the new Free Angle mode will improve your overall adventure experience!

Get ready and bring friends along. Let's enter the new era of greater freedom and beauty!

-New map [!moon!] unlocks a new chapter of destiny
In a faraway galaxy, the moon lingered alone outside Yggdrasill. New map [!moon!] and server grand event [!rainbow!] are released. Follow the Goddess of Fate's guidance to find out the secrets of the Rainbow Bridge and the New Continent…

-New 12V12 Competition [!holy!] Battle of the Best
Underneath Raahe the subterranean flow is turbulent. The war between the Dove Faction and Hawk Faction has escalated once again! New 12V12 Competition gameplay mode [!holy!] is released. Fight for resources, attack the enemy and defend your tower lines. Regular season and Cup Championship will take place alternately. Fight and become the best team of 12!

-Varied Gameplay. No More All-nighters
We've continued improving and enriching our gameplay: 12V12 Match, Eternal Corridor, Thanatos Tower, and more. In the meantime, we have removed some boring daily quests and lengthy content. To ensure you're not stressed at the cost of having fun in your daily adventures.

One of the best mmorpgs for mobile(top ~5), one of just a few that requires advanced team comp in dungeons or instances(healers and/or tanks semi-required). Could use more endgame content(more/longer instanced dungeons, better PVP), increase combat time for premium, and additional original-RO jobs.