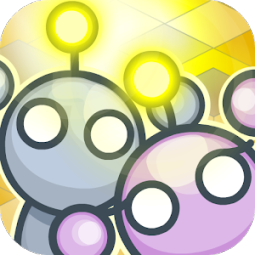 Lightbot lets players gain a practical understanding of basic control-flow concepts like procedures, loops, and conditionals, just by guiding a robot with commands to light up tiles and solve levels. Ideal for ages 8+

Teachers and parents worldwide are choosing Lightbot first out of other games and software when introducing kids to programming.

Lightbot features 50 levels and 20 challenge stars to collect and is a must-have for puzzle enthusiasts of any age.

NEW: Exclusive to Google Play, Lightbot now features multiple save slots and separate progress tracking for multiple players. Multiple players can advance at their own pace in their own save slot, and also compete on number of levels finished, number of stars collected and number of overall commands used to complete the game (Lower score=better)

Lightbot : Programming Puzzles was featured in Google Play on 1 placements in France on 06 Aoû 2018.

De plus en plus complexe > Plus