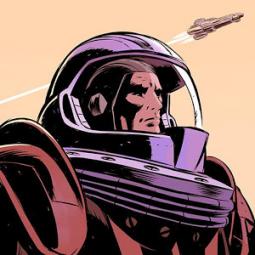 Out There: Ω Edition

WARNING : This game is hard. Check the forum for strategy tips : http://outthere.forumactif.org/

You are an astronaut awaking from cryonics not in the solar system, but... out there... in a far and unknown place of the galaxy. In Out There, you will have to survive, tinkering your ship with what you can gather drifting in the void, and spot garden planets to refill your oxygen supply.

Space is an hostile place ; dangerous and mysterious adventures will mark each step of your travel. You will not only meet intelligent species that won’t care about you, but also deal with ancient powers linked to your destiny and the fate of mankind itself.

Survival and understanding of what is really at stake in the galaxy is the core of what Out There has to offer.