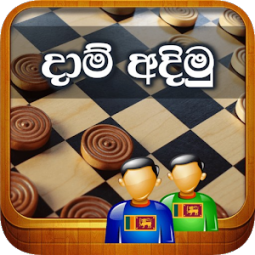 If you are a Sri Lankan and love to play Draughts / Checkers (දාම්), this is the best app for you. Join us and enjoy.

Draughts or checkers is a group of strategy board games for two players which involve diagonal moves of uniform game pieces and mandatory captures by jumping over opponent pieces. Draughts developed from alquerque. The name 'draughts' derives from the verb to draw or to move, whereas 'checkers' derives from the checkered board on which the game is played on.