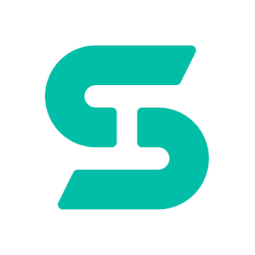 Storyroom, a corner for your soft heart.

Storyroom is a romantic world where you can dive into thousands of attractive romantic stories. Are you a fan of webnovel? Billionaire CEOs? Bossy bad boys? You should really have a try now!

[!why!]
👉Countless copyrighted original novels you can only enjoy on Storyroom
👉Multiple genres included, recommend the right one for you!
👉New stories updated on a daily basis
👉New free stories updated on a weekly basis
👉Super easy to read, all you need to do is to slide the screen
👉Enjoy reading even when you're offline

Cora did not expected Robert marrying with her was to make her a surrogate, however the shameless mistress was her sister, Daisy……


"After being framed by her stepmother, she had spent the entire night with that mysterious man. In the end, she was forced to leave another country. Five years later, she returned with a pair of beautiful dragon and phoenix treasures! However, on the day of her return, she had offended the handsome CEO. What shocked her even more was that this CEO and her son looked exactly the same! "A pair of cute photos accidentally went viral on the internet. One day, the CEO stepped forward and blocked her path." "Women, let's talk about the right to the care of children!" "Let's not talk about it!" A man placed her against the wall, "Alright, let's not talk about our children. Let's talk about when we can get a marriage certificate!"


Love makes people crazy. She got married regardless everything, with a man who actually did not love her at all. Not only that, he even regarded her as his personal enemy. Loving him menially, suffering his torture, and even watching him make out with other woman, she finally decided to give up this bitter love. But unexpectedly, he had a change of heart... WHAT THE HELL???


I found my husband cheated on me. What's worse, the other party was a man! To revenge for his infidelity, I had affair with someone else at an altitude of 30,000 feet! But I didn't realize that I knew him after the passion. God… and now I can’t get rid of this man...


On the night before their wedding, her fiancé and her best friend had an affair in the bathroom. Standing in front of Civil Affairs Bureau, her fiancé refused to show up, leaving her alone. Facing the man that has similar experience with her, she said, ”If you need a wife, how about me?” He accepted. Two strangers were connected since then. She doesn’t love him. Their marriage was for revenge. But unexpectedly, true love is just around the corner…

Nice app! Translation should be checked though !