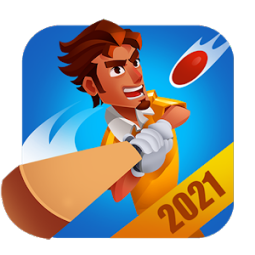 Play the most unique Cricket game and compete with millions of real-world cricket fans in the best Multiplayer cricket game.

Tune in to the next generation of 3D Mobile Cricket Games that Combines Strategy & Sports like nothing else before! With a cricket game like Hitwicket Superstars, you can own a real cricket team of Superstars, play epic T20 Cricket Matches, and battle it out in Multiplayer World Cricket Championships (WCC) with a million cricket fans worldwide. Made in India, for India & the World!

Be a Cricket Team Owner, Captain & Coach as you train your Cricket players in this new cricket game in the Battleground, all while playing a real cricket game. Represent your own Cricket Team or select from a host of National Cricket Teams - Australia, England - in your quest for World Cup Championship (WCC).

🤩 DREAM TEAM
- Be the Captain of your own World Class Cricket Team
- Train your Champions real hard & turn them into epic Superstars
- Play in Multiplayer Championships for a real, competitive cricket game experience
- Dominate the Virtual World of Cricket with your fingertips!